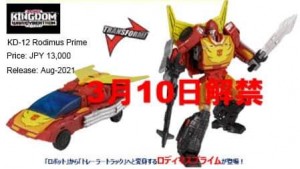 Greetings Seibertronians! We have some possible exciting news for those curious to see the Conmander Class for Transformers War for Cybertron: Kingdom.

It should be pointed out that so far, there is nothing else to go on other then this picture and what information has been shared with leakers so far. The following picture it's self comes from twitter user, @hotconvoy, who doesn't offer a source for the picture. 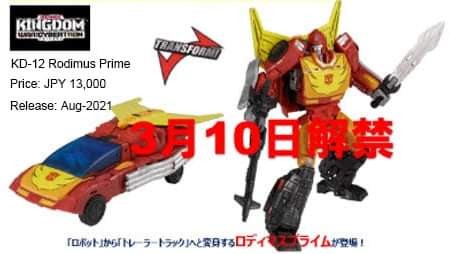 As you can see, this is just the main body of Rodimus Prime, and though the picture isn't detailed, you can see some details on the legs that matches the style we've seen so far inn the WfC Trilogy. It's too early to say if be shares anything other then looks with the SS86 Voyager Class Hot Rod. We also see two accessories, a sword and a gun.

The picture also gives a Japanese ID number for him as KD-12 as well as a release date (in Japan), as August 2021, as well as his price in Yen. A date is also given of 10th of March, which, if this is to be believed, could be when we get our good and detailed look at the figure and everything he comes with.

Till we have a source for this, or get official confirmation, treat this as rumour.

If this is the real deal, what are your thoughts? Don't think this will be three in a row for Commander Class releases?

Give a shout out in the Energon Pub and stay tuned to Seibertron for all the latest news and reviews! 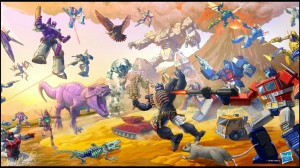 We received from a source wishing to remain anonymous a full wave breakdown of the toys coming out in Transformers War for Cybertron Kingdom. None of these should be new but we now get to see when they will be coming out and most important of all, which beasts will be at the tail end (pun intended). What some may find noteworthy is the absence of certain characters. Everyone who has seen the lineup confirms there is no Terrorsaur or beast Inferno coming in the 2021 line. Hopefully if this sells well, we get more beasts, including those. We also have rumours for the Generations selects toys coming out next year.

So, here is the line up beyond wave 1:

Wave 2 Due on Shelves April-June

Wave 3 Due on Shelves July-September

Wave 4 Due on Shelves October-December

The Titan is the ark, which you can see in the poster below. 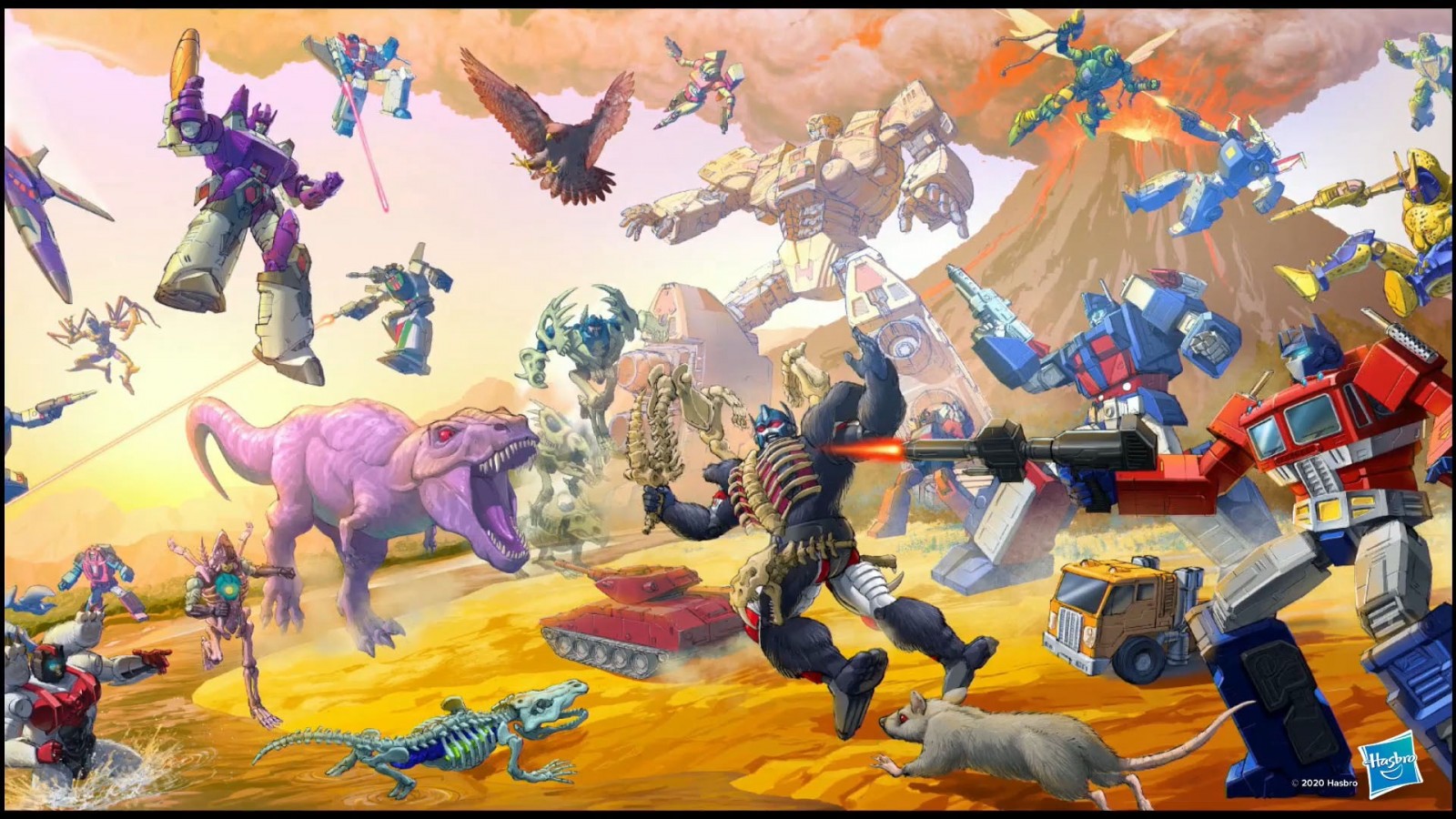 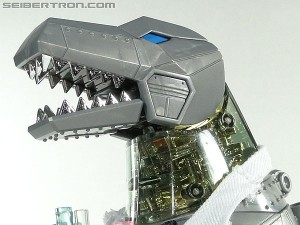 It seems Hasbro Asia is rereleasing Transformers masterpiece toys left right and centre. Not only are they reissuing MP 09 Rodimus Prime, but it looks like they will rerelease MP 08, Grimlock, as well. There is no confirmation yet, but there is a post on Weibo coming from Samuel 1230, a user regularly in the know of upcoming released. The post shows an image of the very same packaging of previous releases with the Takara box saying that they received an announcement of a reissue but that it needed further confirmation.

As with Rodimus, it is unknown if anyone outside Asia would stock this reissue. This could be great news to Chinese fans who do not own this toy yet (and to international fans too, if it becomes available to them). You can check out the extensive Seibertron gallery for this wonderful Grimlock toy. While it might not scale well with the current Masterpiece line, it is still the very best Grimlock toy we have ever gotten. 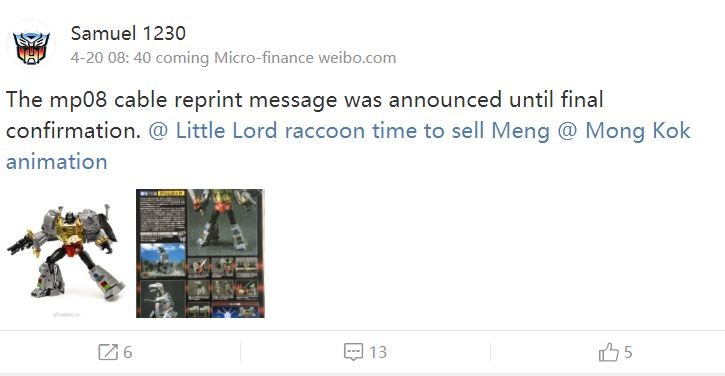 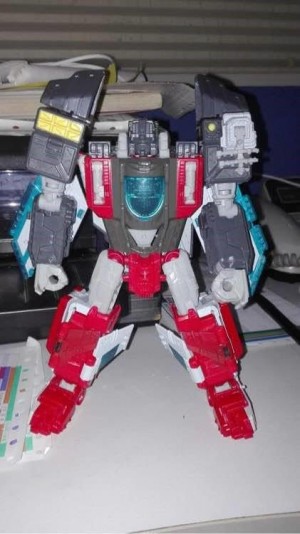 Seibertronians, thanks to users RodimusConvoy13 and Autobot N, we've got some potentially big news coming out of the Transformers Facebook fan page TFND. They've shared what could be a production sample of the rumored Titans Return Broadside! If legit, this would be our first look at the figure! Take a look down below, and then compare it to the G1 toy by checking out our galleries here! What do you think about this leak? Does it look official? Does it look like Broadside to you? Leave a comment and tell us! And, as always, stay tuned to Seibertron.com for all your latest Transformers news and reviews.

Thanks to a heads up from Seibertronian Cyberpath, the weekend starts with potential news of a second version of Masterpiece Hot Rod. Hot Rod was originally released in early 2011 in Japan by Takara Tomy as MP-9, in a mold also intended to serve as Rodimus Prime. Could we be getting a new version soon? The image suggesting so is mirrored below.

This looks to be taken from a Japanese hobby magazine, such as Figure King or Hobby Japan, but it is currently unknown what the exact original source of the image is. Machine translation on the image's text also suggests that this will scale more appropriately with Autobot Cars such as Prowl or Sideswipe than with the original Rodimus Prime.

Ready for a proper Hot Rod? Hoping this doesn't have the several quality control issues the original versions of MP-9 had? Ready for some Decepticons and giving a long sigh at this news? Chat with your fellow Seibertronians about this release by replying to this post, and remember you can always check out our galleries of the original Masterpiece Hot Rod by following that link.

Some information has come in pertaining to the MP-11s Sunstorm. The Takara/Tomy Sunstorm will be limited to a 1000 pieces for Japan and a larger scale release for Asia. No information on a western version at this time. This rare seeker will be packaged in the traditional black MP box and is set for July/August release date at 12000 yen ($150USD)! The Encore release of the Decepticon six changer, Sixshot, will also be packaged in a Movie MP styled box with a view window. It is reported to have a "premium leather material finish". Currently scheduled for a July 2012 launch date, it also has a 12000 yen ($150USD) price point.

Both figures will support the Takara collector coin giveaway that started with MP Rodimus. 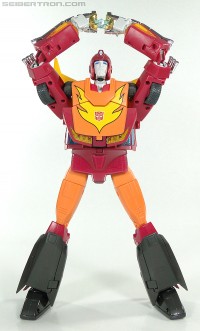 BBTS wrote:This second release is to have corrected the flaws of the original version.


Why do not have additional details at this time, but it appears the controversial figure may be tweaked to address some of fans' biggest problems, like paint wear.

In the meantime, you can check out our MP-09 Rodimus Prime Gallery, one of the most comprehensive galleries of the figure so far! 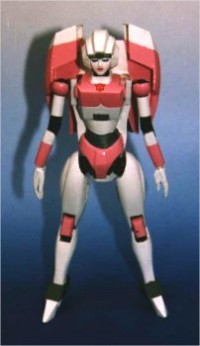 Thanks to Seibertron.com member goshjosh95 we now know of a new WalMart listing which has popped up on alt.toys.transformers, the original Transformers community. We have mirrored the listings and put the interesting ones in bold for the original post just click here.


We have already been given a look at the new Warpath in the RTS Rodimus vs Cyclonus twopack however we have no idea how Arcee will look like.

Until we get more official word from Hasbro or are able to find pictures of upcoming prototypes, we've categorized this information as a rumor for the time being. We'll keep you posted as we find out more information.

Please note that the image used for this story was a fan made custom made about ten or twelve years ago that used to circulate the internet frequently back in the day. It is only being used for reference.

Masterpiece Rodimus Confirmed for US and UK? 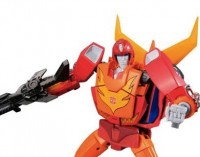 Omega_Prime, member of fellow fansite TFW2005, has posted what appears to be confirmation of what many collectors have been waiting to hear: Masterpiece Rodimus will be released in the US and UK. According to his post, he is an employee of Toys R' Us and while doing a search for interesting new listings, he came across the following update:

He also added in a follow-up post that the MP Rodimus listing was tagged a "global exclusive" which would indicate that it will be aToys R' Us exclusive in non-Takara markets.

Since most of the other listings have already been confirmed for release such as the Cyberverse and Mechtech figures, hopefully this information is true. However, because this news isn't coming directly from Hasbro or other sources from Toys R' Us, we're treating this as a rumor for now.

Takara Masterpiece MP-04S Convoy Sleep Version has been released in Japan. Inside this masterpiece, a booklet has been included that carries a message from the Convoy/Optimus Prime.

In Japanese language, we read the sentences from left to right horizontally, just like English. However it has been noted there is a secret message that revealed who will be the next Masterpiece.
If you are familiar with Japanese language, please read the below images on the 2 highlighted columns vertically.
It means "The name of the new Masterpiece is Rodimus". At this moment, there is no confirmation from Takara Tomy.

Possible Release Date Change for Transformers Rise of the Beasts