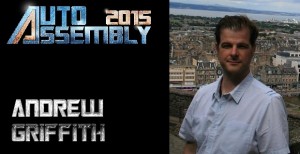 Slick-looking, smooth-talking, art-drawing IDW Publishing creator Andrew Griffith, current regular on The Transformers ongoing series, will be returning to the biggest European convention for its swansong: Auto Assembly 2015! Griffith will be joining an ever-growing list of guests, which you can check out here, and read more about below.

After making his debut with us back in 2013, we felt that his return to the convention was long overdue so we’re pleased to announce that popular comic artist Andrew Griffith will be joining us once again at Auto Assembly 2015! For those of you not familiar with his work (shame on you) Andrew has an extensive list of Transformers credits list to his name having worked for IDW Publications on a wide range of their titles including Robots in Disguise, Last Stand Of The Wreckers and the movie adaptations for Revenge Of The Fallen and Dark Of The Moon.

Andrew will be with us all weekend, sketching in our guests area and as with many of our artists joining us will have prints and original artwork with him for sale as well. Keep an eye out on the website as well as we will be bringing you details of how you can pre-book your exclusive sketches from Andrew to beat the queues over the convention weekend and guarantee your personalised artwork from him! 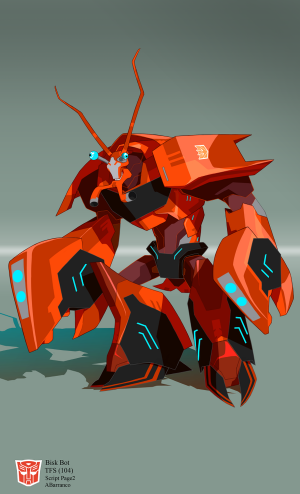 In the fourth episode of Transformers: Robots in Disguise, one of the Decepticon prisoners that the main cast encounter is lobster-like Bisk, who turns into a really quite slick car. Concept artist for the show Augusto Barranco has tweeted a couple of images showing the development and initial ideas for the character - take a look at them below!

The two meetings (held in Melbourne and Sydney) took place after Eric participated in an Australian Animated competition. He took time out from his busy schedule to talk Transformers with Australian Fans.

Some of the tidbits of information Eric divulged to the Aussie fans included:
- Eric designed all the Transformers Animated figures, not just Oilslick. His first figure was Armada Laserbeak, who Eric was re-united with thanks to Griffin.
- Eric is working on two size classes of figures for the upcoming Movie line.
- A New Animated Bumblebee figure is on it's way, it will be smaller and include an extra weapon of sorts
- A New Bulkhead repaint is also on it's way, and like Atomic Lugnut (which Eric named) it will be a repaint that retains the Bulkhead name.
- Oil Slick was meant to contain slime or Water in his helmet and second weapon, but due to safety concerns, it was nixed.
- New Deluxe Animated Arcee will not be entirely Pink
- The UK version of Animated Sideswipe was created without the knowledge or approval of Hasbro, and when found out, they were made to change the name.

For further details about the meetups, and more tidbits of information and photos of Eric doing his thing, please check out Griffin's thread at OTCA.

Lead Designer for the Transformers Animated Series Derrick Wyatt has continued replying to posts on his blog A Delightful Tedium.

We really consider Eric to be part of the show's creative team anyway. I'm sure it is hard for Hasbro to coordinate everything. Since Marty Isenberg actually wrote the Transformers Animated: The Arrival comic for IDW himself, we consider that part of the show continuity. I got to do some designs for the IDW comic as well. Marty also was involved with the story for the Nintendo DS game. Having the show creators involved in these types of projects really helps them feel more like they are all part of the same universe.

Also mentioned in his post are that Wyatt loved the concepts for Animated Oil Slick (created by Hasbro's Eric Siebenaler) right from the get go, and that there are:

absolutely TONS of G1 concepts that are practically begging to be in Animated. Maybe some of them will get to.

For those sad that they did not get to see the IDW presentation at SDCC over the weekend, Denton Tipton, Transformers Editor at IDW, shares a YouTube video of the slide presentation at his Blog "From the Tip", reviewing basically all the goodies we've been sharing with you over the past few days.

And finally, we have one last IDW update, Marcelo Matere, busy gut that he is shared his Oil Slick Animated Comic Cover, earlier in the week, and now Chris Ryall informs us at "RyallTime" that another cover of Marcelo's will be used for the next collection of Transformers Spotlights. The shattering Grimlock through the cover was a favorite of fans, but not used when the TF Spotlight Grimlock printing came about. (Click the link to see the cover)

They found a place for it as the cover for this collection set to come out in mid-September.

From Marcelo's Deviant Art Page he brings us the cover art for IDW's Animated Comic #3 featuring...OIL SLICK, the evil Decepticon who was never a part of the Animated cartoon...yet, but who is going to get his character explored in the IDW comics.


This was revealed last weekend at SDCC by IDW, so Marcelo decided to share with everyone! Enjoy! The Inside Scoop on Transformers Collector's Club Magazine #17

The new collector's club magazine (#17) has begun arriving at mailboxes across the country. Here are some highlights: 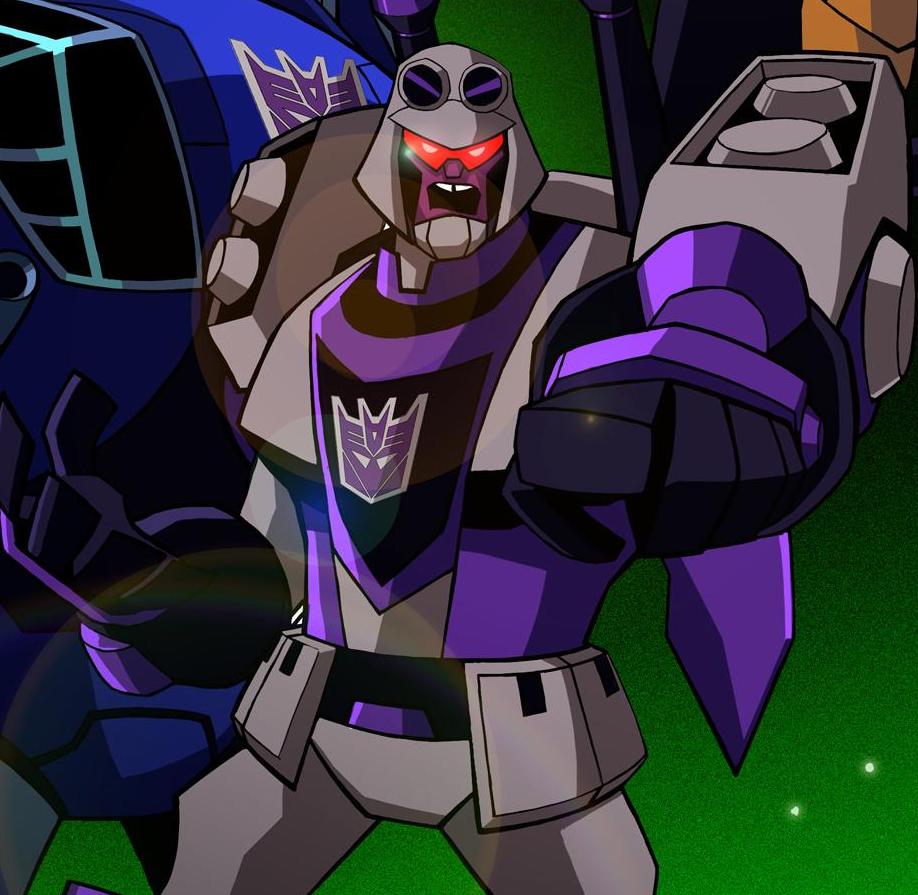 Click on the image above to view a larger version of this image.

Keeping checking your mailbox folks! Your copy should arrive soon if you're a Club member. If not, make sure you stop by TransformersClub.com for more information.

Transformers Studio Series ROTF Sideswipe Found at Meijer in the US

Transformers Generations Selects toys to be Released in 2022

Solid Cases for WFC Kingdom toys are Appearing at Retail