HMW: New weapons for you kill your friends with!! 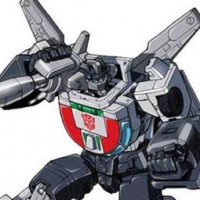 After a minor update to the game by Seibertron, the staff asked you for your ideas and suggestions for new weapons for the game.

You gave us suggestions by the hundreds.

After a very busy few weeks picking our favorite ones, arguing about them a bit, abandoning the whole list and starting over and arguing some more, we are finally able to announce the staff top 10, here's Burn with the details...

Burn wrote: So after going through all your submissions, the staff have sat down and come up with a list of 10 potentially new weapons that we'll be introducing into the game.

But to do that, we're turning things back over to you guys to vote on which one you'd like to see first.

So get voting as you only have two weeks to vote!


This is the best of the players suggestions that were not already pencilled in for the game. There will more updates, more weapons (a small percentage of which many will have already seen) and more toys to play with over the coming weeks and months, so stay tuned to the HMW general discussion forums for more information, if you have any questions about the game or just want to brag about killing your foes.

The vote for the winner is here, be sure to have your say in which weapons are added into the Heavy Metal Wars!