Seibertronians, we have a very cool little piece of news for you. The Prop/Animation auction company Profiles in History has released the listings for their upcoming Animation-themed auction titled Animation And Disneyana, and the lots range from Tim Burton models to Disneyland employee costumes, and everything in between. Although those are some of the oddities of the line up, what the auction has plenty of is animation cells and other production artifacts from many classic examples of the genre, specifically from The Transformers original cartoon and Transformers: The Movie. These include a "Character Bible", with an original character model for every Transformer from the Sunbow cartoon, apparently packaged with a bio for each, listing strengths and weaknesses and characteristics. Other lots consist of colored cells of Metroplex and Trypticon battling, as well as scripts for the episodes "Rust in Peace" (or what would become "Cosmic Rust") "Grimlock's New Brain", "The Return of Optimus Prime", and, most importantly, the original script for the 1986 Transformers Movie. The Transformers lots actually come from the personal collection of G1 Production Coordinator Paul Davids!

There's too many amazing lots to list here, so take a look at some of the coolest of the cool below, but then check out the entire catalogue here!(Transformers begin on page 36) The auction takes place on the 9th of December, and you can bid online, so Mark your calendars!

Please tell us in the comments: Are you planning to bid? If so, on what lot? Did you end up winning? And, as always, stay tuned to Seibertron.com for all the latest Transformers news!

While he remains the only figure of Titans Return Wave 3 to not get a youtube review, some interesting news comes from fellow Seibertronian Bumblebee21 - a listing on Taobao.com for a prototype of the upcoming Leader-Class Sixshot. At the time of writing he is currently going for around 144 US Dollars; and even if you're not considering bidding yourself, it's certainly interesting to see pictures of the figure's prototype. Check out the link and images below and tell us what you think in the Energon Pub! 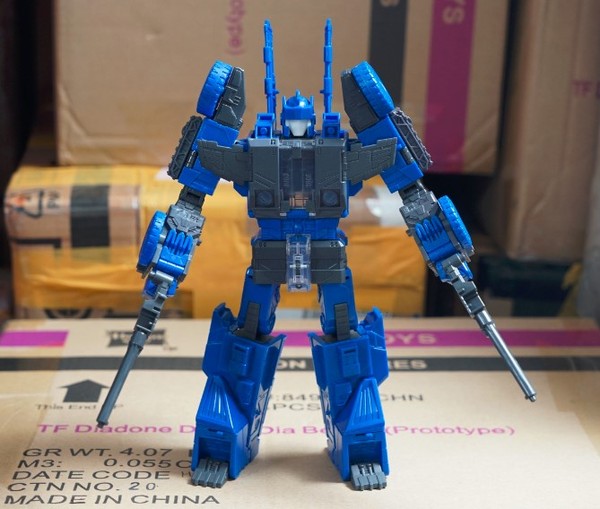 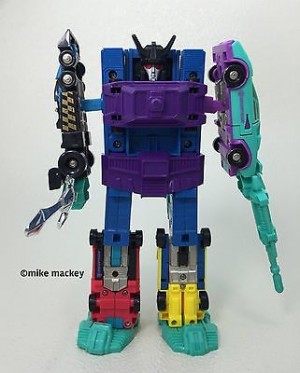 Seibertronians, you got $20,000+ currently burning a hole in your pocket? Well, we might have the buy for you. It turns out another unreleased G2 Stunticon prototype set has hit the ebays, with the bid currently sitting just over $1,000 USD at time of writing, although if the previous listings for the set are any indication, this combiner team can easily fetch 20 times that. That previous indication, of course, being when a different G2 Menasor prototype sold for over $26,000 USD. This will be one to watch, as this set is more complete than the former, so it could garner even higher numbers.

Did you bid? Did you win?! Let us know in the comments below! 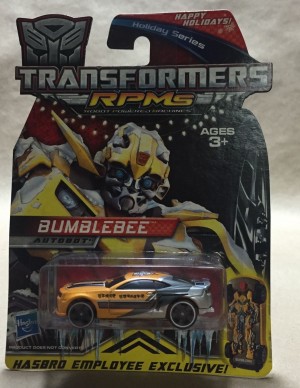 Seibertronians, we've got something interesting for you, courtesy of our own ScottyP. While everyone's looking towards Amazon today, I'd like to re-direct your attention for a moment to Ebay. A user there by the name of protoprimex, a seller who seems to mainly deal in Transformers, listed this, a Transformers RPM Bumblebee in a new deco that was exclusive to the Hasbro Employees of 2009, up for sale.

We assume this was for a holiday promotion within the company, due to the winter-themed printing on the backing card. It also potentially lists out the departments this exclusive bug was sent to, or the subject matter the company worked on that year, on the back of the packaging:


If you want to own a rare piece of Transformers merchandise, the auction is still open until Friday, the 15th of June, at 6:45 PST, and it's going for the reasonable price of $53.71 USD.

What are your thoughts on the Deco? Do you like it more or less than the Hasbro Version? Did you place a bid? Did you end up winning the auction and purchasing it? Please let us know! And, of course, keep your optics and audio sensors tuned to Seibertron.com for all the latest Transformers news.

Thanks to TFcon Toronto we bring you word of some potentially huge prizes. TFcon Toronto announced today that they will be running a Charity Auction to benefit Make-A-Wish Canada that will be co-hosted by Dan Gilvezan, the voice of Generation 1 Bumblebee. Prizes include a Frank Welker VIP pass among other things. Check out the announcement below, and head to the original source by clicking on the TFcon link above to check out a video regarding the auction was well.

Everyone that donates a Transformers item to the TFcon Toronto 2016 charity auction for Make-A-Wish Canada will be entered into a draw for a huge Transformers prize pack, including a Frank Welker VIP ticket for the convention. Even people that can not attend the convention can enter for a personalized autograph from Megatron himself. The charity auction is on Friday, July 15th at 8pm co-hosted by Dan Gilvezan the voice of G1 Bumblebee. Thanks in advance to everyone for helping get the word out about this to help us raise money for this great charity. Check out the video below for more details. 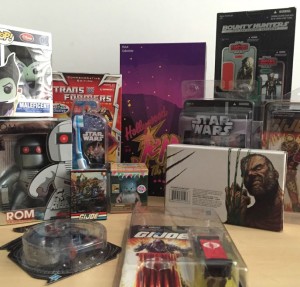 Joe Moscone, affiliated with Hasbro and the Transformers brand for a long time, and who stepped down from his position not too long ago at Hunter PR, reached out to us to promote his current fundraising auction for cancer charity Receptions for Research. Moscone is putting his accumulated Hasbro items, from past SDCCs and more, entirely up for grabs, with all proceeds going to the charity organization. The lot includes the likes of Transformers, G.I. Joe, Star Wars and more! Check out the letter he sent us, take a peek at the photo below, and head here to start bidding, and do some good. 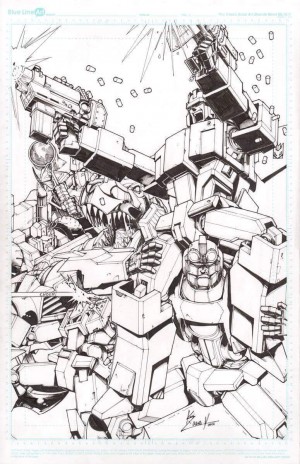 As every year, the Lenten Experiment has commissioned some pieces of Transformers and general comics art to be auctioned off to fans, to raise funds for the charity Cancer Research. The 2015 edition's collection of pieces can be seen here, and you can keep reading to check out some of the Alex Milne, Kei Zama, Andrew Turnbull, Jason Cardy art, including a Livio Ramondelli Terminator piece! All auctions can be found here.

Transformers 1980's Sunbow Model Cels up for Auction on Ebay 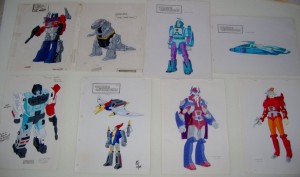 Fellow Seibertronians, Thanks to fellow user Cyberpath, we have been alerted to a series of auctions on Ebay that includes several different Sunbow Model cels from the original Transformers Cartoon! These models include older designs and colorings that ended up not being the primary model used, but were used sporadically throughout the episodes, such as Cyclonus, Blurr, Scourge, Starscream and Bruticus. The auctions are linked below so you may go check them out, and the images are mirrored below of the collective Models up for grabs. Check them out below, and let us know what you think of this auction and any other thoughts you may have down in the comments section. And as always Stay Tuned to Seibertron.com for all your latest transformers news and galleries!

The Transformers 1984 Animation Bible Up for Auction 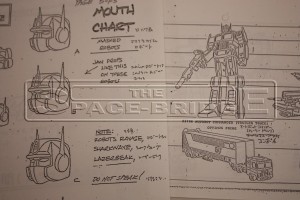 After the 1986 The Transformers movie animation storyboard, we have another Spacebridge eBay auction - courtesy of fellow Seibertronian Cyberpath - this time for the Animation bible for the original Generation One series, featuring model sheets for the main cast! More information to be found here and below, and happy hunting once again.

Transformers Cartoon Animation Bible for Cel. Model sheets. More Than Meets The Eye. G1
This is a complete 68 page animators bible for the first Transformers cartoon episode More Than Meets The Eye (Arrival From Cybertron in the UK) I obtained this from a former Marvel USA employee over 15 years ago. The pages are a strange size, larger than a normal letter size and longer, I’ve not seen paper this size anywhere else. It includes the animation design for every 1984 character plus humans, the Ark and Shockwave. It also includes designs for how each character should be shown to Transform. Some robot names are incorrect or switched as this was put together during the early stages of Transformers creation. There are also pages to show the height comparisons between robots and how robots mouths should move. It’s very rare to find a full intact set such as this. I’ve deliberately only shown parts of each page to preserve the exclusivity of the images. I am starting bidding at just 5 bucks a page! No reserve! If you need any more information just ask. Lots more pictures below, take a look!