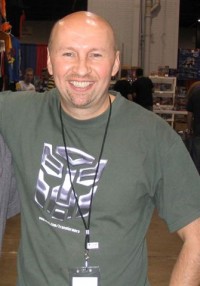 Legendary Transformers comic writer Simon Furman has just posted an interesting update on his blog. Simon has provided a summary of what was to be Dreamwave's Transformers Issue #14, scheduled to be written by Furman himself.

It’s Christmas! Well, almost. And here’s a little extra gift for Transformers fans from my recently dredged Dreamwave archive of unpublished tidbits. Not a lot of people know this, but in the final months of Dreamwave (not that we were aware they were the final months at the time), circa November 2004, I was asked to prepare a one-issue fill in for Dreamwave’s G1 book (issue #14 to be precise). Regular G1 writers James McDonough and Adam Patyk had stepped away from the book. (Being closer to the heart of things, Dreamwave-wise, they clearly saw the writing on the wall, so to speak, and stopped pouring work into the rapidly expanding black hole that was Dreamwave.) In the splendid isolation of this sceptered isle, I just carried on regardless. Though it was shaped to stand alone, I wanted the story to both pick up on what James and Adam has already established and tie G1 and my War Within series tighter together. The outline (it was never scripted) for ‘The Enemy Within’ (yeah, I know, but it fitted) follows. Enjoy!

To see the summary, simply click here. For future reference, Simon's blog can be found at http://simonfurman.wordpress.com. 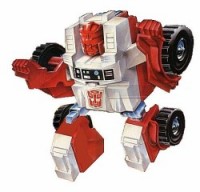 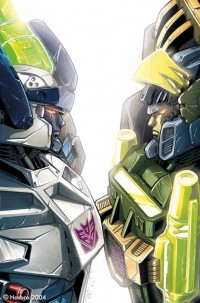 Simon Furman has released even more script wraps for the unreleased Dreamwave Transformers: Energon comic series on his blog.

And Simon Furman's conclusion to this series can be found by clicking here. 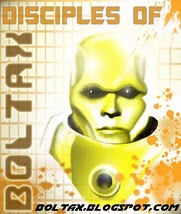 From our good friend Jim Sorenson over at the Disciples of Boltax Blog, a new post regarding a very intriguing piece of Transformers history that will be auctioned off for a great cause. Jim writes that a group of fans recently pooled their resources together to purchase an early, draft script from the 1986 animated film Transformers: The Movie. The script, dated April 27, 1985, reveals that while many of the key scenes in the movie were already set, many details in the story were envisioned quite differently.

Disciples of Boltax wrote:
ON AUTOBOT BAND
as we see Blaster in command. With him are WINDCHARGER, MIRAGE and
GEARS and all are practically back to back, FIRING UP AT
SURROUNDING DECEPTICONS

GEARS
But not far from it! Our energy
is running low.

BLASTER
Then throw somethin' at 'em, babe!
Man, there ain't nothin' no Decepticon's
gonna get from me but flame and shame!
Yo!

ANOTHER ANGLE - GEARS
as Cyclonus swoops past and BOMBS GEARS TO PIECES, the force of
the blast THROWS WINDCHARGER UP and away from cover

HIS P.O.V. - WINDCHARGER
as several of Cyclonus' planes JET THROUGH HIM, ~RING HIM TO
PIECES which rain down on Blaster's position

BLASTER
as arm, leg , torso of Windcharger rain down

BLASTER
I think the time has come to
hide my pride and .... run!

Blaster RUNS followed by Mirage and other in Autobot party as
they dodge behind rubble and duck as WALL OF CITY COMES FALLING
in the way of their pursuers and we
CUT TO HOT ROD, ARCEE AND DANIEL BEHIND COVER

What's incredibly cool is that the script is being offered up for free download via the Disciples of Boltax site. We've mirror a copy HERE at Seibertron.com with Jim's permission. The original script will be auctioned off at a later time with the proceeds set to go to the Hasbro Children's Hospital. As soon as we know more details about the auction, we'll let you know.

In the meantime, you can check out the full post on the Disciples of Boltax Blog here. 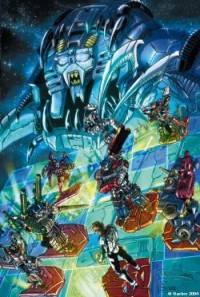 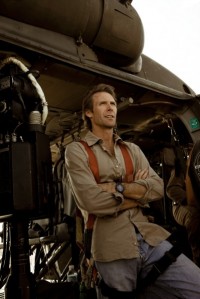 Collider.com has had the chance to sit down with Michael Bay, watch the teaser trailer for Transformers Dark of the Moon, watch 20 minutes of the movie, and hold a 3 hour interview with Michael Bay!
The interview exists as a written transcript and there is also a video summary.

Warning: The interview and video contain spoilers so if you don't want to be spoilt, read another of our fine articles!

So you don't mind spoilers? then you can click here! 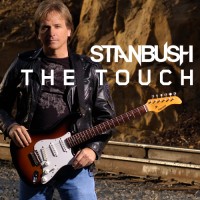 Transformers Fan-favorite singer-songwriter and musician Stan Bush sent us the following press release to share with all of you Seibertronians out there ...

“The Touch” Video Contest challenges participants to create any kind of video – from live action to animation – that makes reference to both “The Touch” and the Rock Band game (any version.) The subject matter is completely up to the participant(s). Videos to be considered for the contest must be created and uploaded no later than January 11th, 2011 and can be hosted on any site of the participant’s choosing (YouTube, dailymotion, Vimeo, etc.) Judging of the videos and the three top winners will be handled by Stan Bush himself! The grand prize for “The Touch” Video Contest is a complete set of Stan Bush CD’s, each personally autographed by the artist. Runners up will receive CD’s and/or a Stan Bush t-shirt. Complete rules for the competition can be seen here: http://www.authoritymusic.com/rules.html

To submit your entry for consideration in “The Touch” Video Contest, send an email to contest@authoritymusic.com containing your full name, e-mail address and the URL of your completed video no later than January 11th, 2011. Winners will be contacted via e-mail.

Also coming in 2011, the Rock Band Network release of Stan Bush’s “Til All Are One” from the hit video game Transformers: War for Cybertron! Plus, Stan teams with “The Touch” co-writer Lenny Macaluso once again for the forthcoming single “Heat of the Battle,” available soon for digital download!

One other note: a special reissue of the original classic “Stan Bush & Barrage” album, featuring “The Touch” and “Love Don’t Lie”, is now available at stanbush.com!

Here's a video that corresponds with this contest on YouTube. 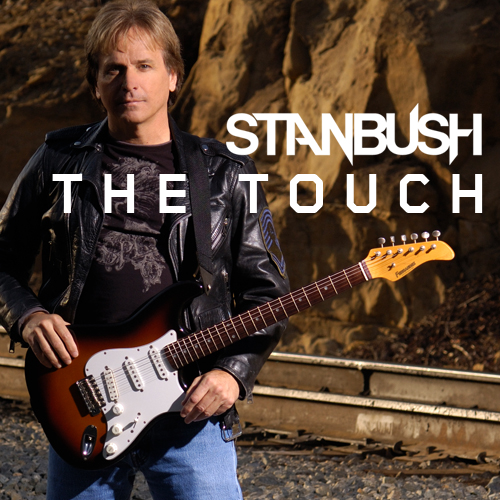 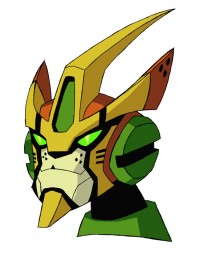 Derrick J. Wyatt, creative director and artist for the much-loved Transformers: Animated series, has updated his blog to feature more designs of an Animated Cheetor based on Animated Blurr's body: 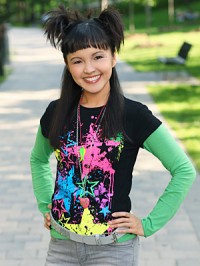 Transformers-Prime.com, a sister site of UK based fan-site Transformers at the Moon, has held an interview with the newest voice actress to the vast family of Transformers voice actors we love so very much.

We will post just the first two questions, so if you wish to read the full interview please do so by clicking here.

It is our privilege to be able to bring you an exclusive interview with Transformers Prime voice actress Tania Gunadi. Tania voices Miko Nakadai the female lead human character in the show. We recently had the opportunity to ask Tania some questions regarding her role, the show as well as her acting and background in general.

Q1. You were born in West Java in Indonesia and moved to the United States at a young age, could you tell us more about this and what first impressions when you arrived within the US?

Oh man, moving to the US was one the coolest things ever. It was actually a really big surprise because my sister had submitted my name into the US green card lottery, and I won- along with my Mom and Dad! This might sound a little funny to Los Angelinos bu t when I first walked out of LAX airport, I was blown away at how fresh the air was and how awesome the traffic flowed cause I'd never seen a freeway before. And I liked looking at all the big buildings, the variety of people surrounding me and everyone was speaking English! And while I didn't quite understand what they were saying cause my English was super bad at the time, I was just so excited to be here.

Q2. How did you get into acting and voice acting and what was it that interested you in acting in the first place?

When I grew up in Indonesia, I knew nothing about acting, voice over, or anything involving TV/Film. Then while working at Pizza Hut, my first job in LA, a friend mentioned something about auditioning for a Disneyland commercial. I didn't even know what auditioning was but long story short, I booked it and have been hooked on acting ever since. I remember calling my mom and telling her that I found what I wanted to do in life, and she was pretty much shocked. She was hoping that I would work in a bank or something like that where I have a stable income with my own office and wear like, a nice suit and stuff. She tried convincing me that acting was to be a hobby only, and that I should find a real job, but I told her that it IS the best job for me because I get to have fun and make a living at the same time? Eventually after coming to set and sitting in some acting classes with me, she came around to being very supportive of what I love to do. She even had a small part in an episode of Boston Public with me and enjoyed it very much! 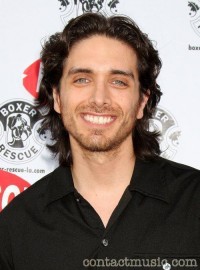 Josh Keaton, voice of Jack Darby in the upcoming Transformers: Prime, has been interviewed by The Trades and shows a surprising amount of insight into what fans want from the show:

The Trades wrote:In addition to "Firebreather," you've also got another new project in the works, Transformers Prime.

The full interview can be seen here.