Ever since Ryan flicked the switch on Heavy Metal War game, the HMW forums have been graced with many creative players. Some kitbashed, some photoshopped, some simply wrote fics while others drew renditions of their characters. But they all brought their HMW characters to life in some form.

Jason Tyler is a relatively new player to the game but he's kept on with the HMW creative tradition. HMW: Autobots, get your hunt on!

That's right, an AUTOBOT ONLY contest. A little friendly rivalry between you and your fellow Autobots and all you have to do is what you normally do, hunt down and stasis lock a few Decepticons.

Here are the details!

Dragonslayer wrote:That's right, Autobots! It's time for a little friendly competition with a scalphunt! The rules are as follows:

* Event will begin on Sunday, May 23, at 12:00 pm Central Daylight Time and will end on Saturday, May 29, at midnight CDT
* Claims may be tracked in the upcoming Claims Thread (for those who have access to Iacon)
* Only Missions with at least 3 combatants a side will count
* To make up for limiting missions and rarity of alts, you will be allowed to claim the same Decepticon more than once

Your targets will be Decepticons with the following altmodes:

So get ready! Then hunt begins midday on Sunday...Good luck!!

To read the backstory to the hunt that Dragonslayer has written, and to join in on any hunt related chatter, check in on hunt central here

NOTE: HMW Staff apologise in advance to those Autobot Commanders that currently do not have access to Iacon, the Autobot faction forum. Rest assurred though that there will be plenty of other competitions in the future that we hope you'll stick around to participate in!

HMW Tournament: Legacy of the Quintessons 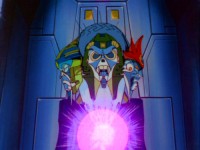 Legacy of the Quintessons

Due to problems caused by the recent hardware failure, the tournament will start as a traditional tournament with all missions ending with '0' and '5' counting. First official mission will be: 191305

Event Format: A 2 week tournament with a kills related mini-game.

In an age long past…

Cybertron has not always belonged to The Transformers. Not long after the first Transformers came on line the planet was found by an empire under the control of a race known as the Quintessons.

The Quintessons saw the abilities of the Transformers and realized they had found the perfect weapon with which to expand their empire. The early Transformers, unaware of the wider galaxy, welcomed their arrival. All too quickly the Transformers had become slaves to the Quintesson Empire. Using the Cybertronian body as inspiration the Quintessons developed the Sharkticons, simple minded brutes that served as their foot soldiers, and their elite warriors known as Allicons.

However, the Cybertronian minds yearned for freedom, and the Transformers revolted. Slowly but surely, the drove the Quintessons off the planet. Such was their desire for freedom that it still drives the Transformers of today. The leaders of the rebellion became the first Primes, and the Quintessons passed into myth, for no living Cybertronian remembers that dismal age.

Ultimately, they failed. Faced with a common foe, the Autobots and Decepticons fought side by side to ensure the Quintessons could not restart their empire. Facing defeat, The Fallen betrayed his allies, unleashing an ion storm that destroyed the Quintesson fleet. As the surviving Quintessons fled they left their wrecked ships as testament to their foolishness in making such an unwise bargain.

Still, the Cybertronian forces were broken by the effort of fending off the invaders, and old enmities quickly tore the alliance apart. Neither the Autobots nor the Decepticons had the resources to claim the wrecked ships and so they were left untouched. Over time this region of Cybertron’s solar system became known as the Quintesson Grave or, often, simply “The Graveyard.”

Untouched, but not forgotten.

Time passed and the war for Cybertron continued as both sides recovered from the injuries inflicted. All the while the Transformers kept an optic trained on the sky, wondering if the Quintessons would return, or what they had left behind as they tried to escape the wrath of The Fallen.

After the reintegration of the splinter factions known as the Maximals and the Predacons, both factions have found them selves with more resources than they have had for megacycles. The Autobot high command has decided to risk it’s new found wealth in a make or break mission to retrieve the scientific and technological knowledge left by the Quintessons in the The Graveyard, and have amassed a large task force led by Computron.

However, the Decepticons have learnt of this plan and committed a rival force, led by the mighty Devastator, to beat the Autobots to the Quintesson’s treasures. Now the race is on as both sides seek the treasures left behind in the wake of the Quintesson’s defeat.

Legacy of the Quintessons: Main Tournament.
- Only special tournament missions can count towards the final result.
- Valid missions must have at least one warrior from both factions to count.
- Each faction’s total final total will be the sum of all their wins, multiplied by a value derived from the Seek and Destroy/Cut Out Their Supply Lines result.
- The victorious faction will unlock the ability to use the Quintesson’s technology, in the shape of these new and improved alts**:

Legacy of the Quintessons: Mech of War.
- Competition to discover the most deadly commanders.
- Only kills landed in valid tournament missions count.
- All kill claims are to be posted in the Tournament Claims Thread (to be posted).
- All claims must include a link to the mission, plus the timestamp, your character’s name and the vanquished character’s name.
- Example: 01:14 Behalter Maximus punches Bullet-cjb.


Code: Select all
[url=(address of mission)]00:00 Your character does something to Their character.[/url]

Tournament created by Redimus
Story and Mission texts created by Kaijubot
With thanks to Mkall.

*Due to the recent problems, the start of the tournament may be delayed, and if access to the database cannot be gained within the first few hours, the tournament will begin using the old system of missions ending in '0' and '5'.*
**All prizes are dependent upon restoration of the required tools for the database after the recent problems.**
*** The name of the weapon is entirely up to the winner, and they will be required to pick it’s stat requirement. From the stat requirement, the power of the weapon will be calculated to be slightly more powerful than normally allowed by the stats. *

Our good friend Jim Sorenson has just dropped us a line to let us know about the latest post he's made on his Disciples of Boltax blog.

This time around, he treats us to some backgrounds from "Roll for it." Diehard G1 fans will most likely remember that this was a first season Sunbow cartoon episode. In fact, it was only the 5th ever Transformers show aired and just the 2nd after the initial mini-series.

We have excerpted part of the sketch, but to see the rest of the image along with a lot of other cool stuff, be sure to check out Jim's blog by visting boltax.blogspot.com or by clicking here.