It's that time of year again Seibertronians - time for sale after sale, tempting you into buying Transformers product you may or may not have wanted otherwise. While many of our site sponsors will be sending in their own newsletters with various deals over the coming week, we wanted to try and collect as many currently advertised deals for Transformers products as possible as we approach the Thanksgiving through Cyber Monday gauntlet.

You'll find each listed deal listed in the following format:

First up - a list of items where multiple stores and online retailers have sales for the same item. 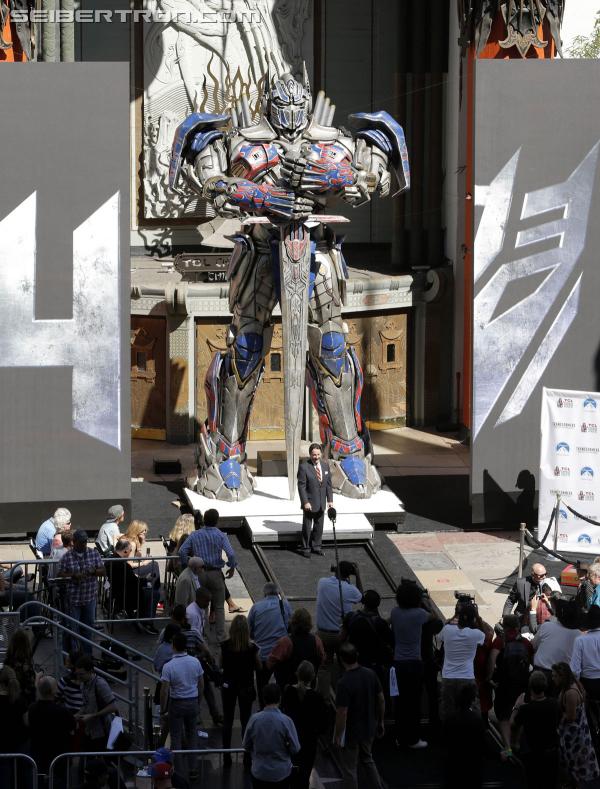 And now, everything else!

Transformers: The Covenant of Primus 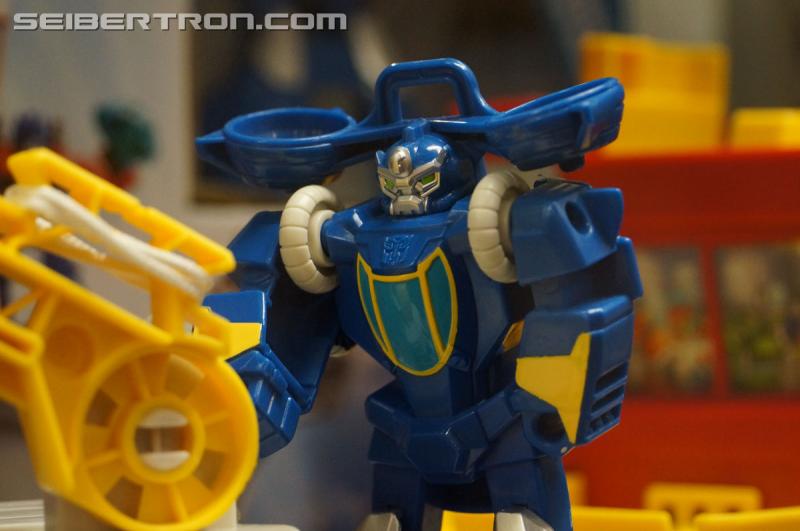 Big Bad Toy Store: Prices vary and do not include shipping. Effective now through 11/30, available to any countries they'll ship to.

More deals will be surely coming in throughout the next several days and hours, so look out for more news from our site sponsors and check this thread regularly for other deals posted by your fellow site users! Due to expected volume of limited and flash-type sales over the next several days, only the most select non-sponsor promotions will be highlighted in our news cycle, so stay alert and keep watch on our forums for all the latest.

With the closure of Transformers: Legends and Age of Extinction, DeNA still had mobile device games Transformers: Rising and Battle Tactics - though it now seems that even Rising will be coming to an end too. A Facebook post was uploaded and removed, but we still have a screenshot of it, mirrored below thanks a fan page for the game.

Could this have something to do with the arrival of Transformers: Earth Wars, a collaboration between Hasbro, Space Ape Games and Backflip? Discuss in the Energon Pub!

Fellow Seibertronian Sabrblade has unearthed some gameplay videos for a previously unreported mobile device game for our favourite transforming robots. The game, by Backflip studios, is called Transformers: Earth Wars, and appears to feature a lot of promising designs in terms of the current multimedia direction that Hasbro and IDW are taking. Take it away, Sabr! (You can also view the videos, one in English, one in Spanish, and the official description below.)

There are a LOT of toy-based and toy-inspired designs in this game, such as Megatron, the Seekers, and Breakdown being based on their CW toys, Prowl using his CW toy's vehicle mode parts in a traditionally G1-styled robot mode, Bludgeon being loosely based on the ROTF toy, Blaster and his small friends all based on their Titans Return toys, and there's even a look at a very Titans Return-looking Soundwave

Earth's fate is in your hands. Whose side are you on?

Assemble the ultimate team of legendary Transformers robots- including Optimus Prime, Megatron, Bumblebee, Grimlock, Soundwave, Starscream & many more. Will you join forces with the Decepticons or ally with the Autobots? Choose your side! Build an impenetrable base. Wage war against the opposing faction by defeating other players and raiding their bases for energon stockpiles. Construct a Space Bridge to summon reinforcements from Cybertron. Deploy Starscream for air strikes to destroy laser cannons, penetrate defenses with an Optimus Prime ram attack, or repair your team with the healing ability of Autobot Ratchet.

Earth's fate is in your hands.

Megatron and his assault team of Decepticons have attacked Earth, ravaging the planet's natural resources to synthesize energon, the preferred fuel of the Transformers race. Optimus Prime has dispatched a tactical team of Autobots to Earth, hoping to counter the Decepticon threat. The battle for Earth has begun. Whose side are you on?

Please note that Transformers: Earth Wars is free to download and play, however, some game items can also be purchased for real money. If you don't want to use this feature, please disable in-app purchases. This game requires a network connection to play.

Twincast Podcaster jON3.0 takes a look at the newly released Transformers: Devastation playing the game in the voices of the game characters. This video is from his Imitation Gaming series. The video has been embedded below.

jON3.0 wrote:From the Epic Voice of the highly popular YouTube series HONEST TRAILERS comes Imitation Gaming! Playing games in the voices of the character(s) from the game! This week, it's TRANSFORMERS: DEVASTATION! This is the first of a walkthrough of the entire game so stay tuned, subscribe, like & share! Plus, my original "PRIME reviews" will be returning starting in November!

The day has come, fellow Seibertronians of the gaming persuasion, for Transformers: Devastation to burst into your consoles and devices and take up time, money and effort after months of previews and teasers! Check out below the Activision press release for the game, along with a brand new trailer!

TRANSFORMERS: Devastation moves at a breakneck pace: rocket through danger in vehicle mode before bursting into robot mode to unleash a barrage of close-quarters combos and blaster fire. Tackle the game’s gripping single-player campaign and 50 highly challenging bonus missions with any of five playable heroes – OPTIMUS PRIME, BUMBLEBEE, SIDESWIPE, WHEELJACK and GRIMLOCK. Each of these characters can be evolved with new abilities, unique talents and more than 150 upgradeable weapons.

Brought to life with bold, cel-shaded artwork, TRANSFORMERS: Devastation features legendary TRANSFORMERS voice actors like Dan Gilvezan as BUMBLEBEE, Frank Welker as MEGATRON and SOUNDWAVE, Michael Bell as SIDESWIPE, Gregg Berger as GRIMLOCK, and Peter Cullen as OPTIMUS PRIME. As the fates of Earth and Cybertron collide, the noble AUTOBOTS must face off against the DECEPTICONS’ most ruthless champions in an original adventure from veteran TRANSFORMERS writer Andy Schmidt that expands the series’ ongoing Combiner Wars story arc.

TRANSFORMERS: Devastation is now available for MSRP $49.99 on the PlayStation®4 and PlayStation®3 computer entertainment systems, Xbox One, Xbox 360, and Windows PC via Steam. It is rated T (Teen) by the ESRB. For more information, please visit www.TransformersGame.com and www.facebook.com/TransformersGame.

Headquartered in Santa Monica, California, Activision Publishing, Inc. is a leading global producer and publisher of interactive entertainment. Activision maintains operations throughout the world. More information about Activision and its products can be found on the company's website, www.activision.com, or by following @Activision.

PlatinumGames Inc. is an independent entertainment developer based in Osaka, Japan, dedicated to making high-quality, next-generation games for a variety of hardware platforms. Under the slogan “Taking on the World as the Representative of Japan,” PlatinumGames works hard to deliver fresh surprises and new experiences to gamers all over the world. Official website: www.platinumgames.com.

Hasbro (NASDAQ: HAS) is a global company committed to Creating the World’s Best Play Experiences, by leveraging its beloved brands, including LITTLEST PET SHOP, MAGIC: THE GATHERING, MONOPOLY, MY LITTLE PONY, NERF, PLAY-DOH, TRANSFORMERS, and premier partner brands. From toys and games, television programming, motion pictures, digital gaming and a comprehensive lifestyle licensing program, Hasbro fulfills the fundamental need for play and connection for children and families around the world. The Company’s Hasbro Studios creates entertainment brand-driven storytelling across mediums, including television, film and more. Through the company's commitment to corporate social responsibility, including philanthropy, Hasbro is helping to build a safe and sustainable world and to positively impact the lives of millions of children and families every year. Learn more at www.hasbro.com and follow us on Twitter (@Hasbro & @HasbroNews).

©2015 Activision Publishing, Inc. All rights reserved. "PlayStation" and "PS3" are registered trademarks. "PS4" is a trademark of Sony Computer Entertainment Inc. All other trademarks and trade names are the property of their respective owners.

The official Facebook page for Transformers Devastation have been counting down to the game's release, and added some more concept art as they went along! Mirrored below for your convenience are the Battlecharger drones, Shockwave and latest addition Soundwave in their sketch format. Are you ready for Devastation?

With only a couple of days left to the release of the Activision/Platinum Games Transformers: Devastation game, the official Facebook page has been uploading slews of screenshots and concept art. From the latter, cassettes such as Ravage and Laserbeak have made an appearance (mirrored below!), and the screenshots all lead to the new trailer featuring Grimlock himself, in all his G1 glory, Gregg Berger included - check it all out below!

Here is a whole slew of new promotional material for the Transformers Devastation game that is coming out on October 6 2015 (so soon!).

Below you will find:

Concept Art for the conehead seekers

And a new promo video featuring the developpers! (brought to us by IGN)

Seibertron.com member Cyberpath has been keeping us up to date with the on-goings over at the official Transformers: Devastation Facebook page, and brings us two features: a Blitzwing addition in the form the the three Platinum Games models sheets for his three modes, and a new bio for Starscream! Check both of them out mirrored below.

By way of a heads up from Seibertron.com Energon Pub Forum Poster Cyberpath, we've got a look this afternoon at the latest Transformers: Devastation character profile from the Official Facebook Page for the game. It looks like Blitzwing will be another of the treacherous Decepticons you'll be able to face off against in this highly anticipated upcoming release. The profile is mirrored below.

As just reported a few minutes ago, don't forget to look out for this release soon on October 6th. For more Blitzwing, come on down, Autobrats, to our great collection of Blitzwing toy galleries, just watch out for flying Insecticons.