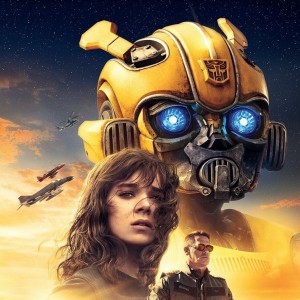 The Transformers live action film franchise's latest installment is out, with Bumblebee hitting theaters last week. The Seibertron.com Twincast / Podcast brings you its review of the movie, with host Scotty P and Tigertrack joined by longtime Twincast member Jon 3.0, now more famously known as Jon Bailey who achieved a dream by providing the voice acting talents for Soundwave and Shockwave in the film itself!

Episode #214 "Bumblebee" is available directly and in our RSS Feed, and should appear on iTunes, Google Play, and Stitcher Radio within 24 to 48 hours of when you see this news post.

While this may go without saying for some, please be aware this episode contains complete spoilers for Bumblebee and we recommend listening in after you've seen the movie - and if you're reading this should have done so by now. If you haven't, it's great, stop reading this and go!

Here's the full list of sub-topics for this episode:

Thanks for listening in 2018, and we look forward to bringing you more fun Transformers discussion in 2019! 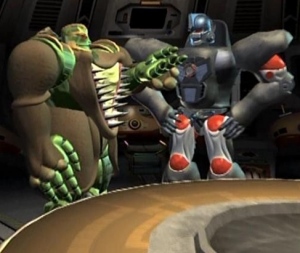 We have a truly entertaining and unique video to share with you today. It seems as though the Beast Wars guys continue to love the show they partook in, and continue to give us some great content as the years go by.

This is a very fun story and entertaining read to listen to, so check it out below, and let us know what you think in the comments section below!

Twincast / Podcast Episode #213 "How to Say Expensive and Mean It" 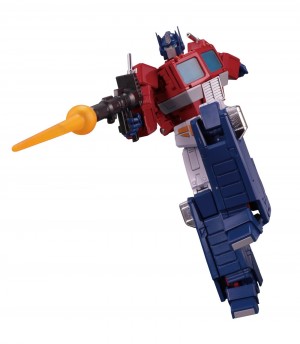 The Seibertron.com Twincast / Podcast returns with a plate full of topics that's so big, we're going to need the power of the Matrix to even stand a chance at tackling it all. Host Scotty P is joined by Megatronus to talk shop about the latest toys and opine on the end of the IDW comics' long running continuity.

Episode #213 "How to Say Expensive and Mean It" is available directly and in our RSS Feed, and should appear on iTunes, Google Play, and Stitcher Radio within 24 to 48 hours of when you see this news post. 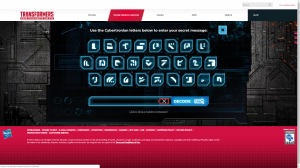 If you're wondering what the ‘codes’ are that you have seen recently on Transformers SIEGE posters and packaging, you can try the codes from the SDCC and NYCC posters (which possibly don't work for some reason) or you can try the new Transformers War for Cybertron SIEGE Deluxe Class boxes. Perhaps Voyager and Leader Class packages also have codes on them with the special black ink? Let the speculation begin! What are all of these clues pointing to? Looks like Hasbro launched a teaser site to help crack the codes. Perhaps more content will be available at a later date once more product class sizes are at retail in next coming months. Happy decoding fellow Seibertronians! 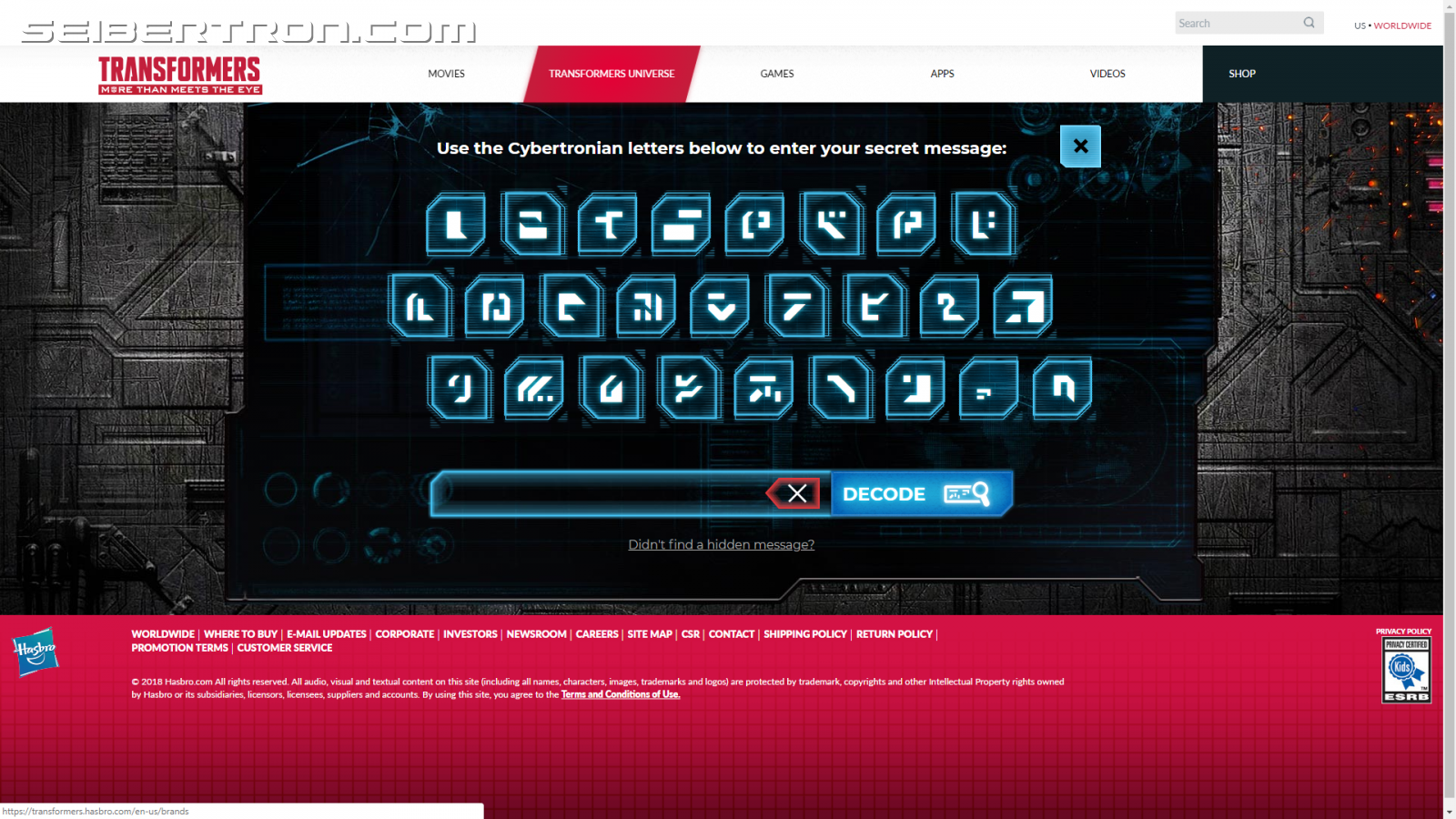 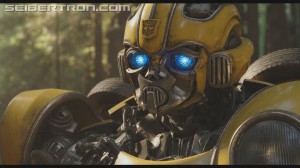 The Seibertron.com Twincast / Podcast is gearing up for another year of Black Friday goodness. Your host Megatronus along with xRotorstormx discuss their plans for Black Friday as well as all the latest Power of the Primes, Siege, and Bumblebee Movie news.

Episode #212 "Countdown to Black Friday" is available directly and in our RSS Feed, and should appear on iTunes, Google Play, and Stitcher Radio within 24 to 48 hours of when you see this news post.

o We start the show off with a discussion on how Black Friday has changed over the years and if the TRU closing or Cyber Monday impacts our spending habits.
o PotP Optimal Optimus has been sighted at Target, Studio Series ROTF Starscream has also made it to store shelves, and Siege Micromasters have started to show up in stores as well. 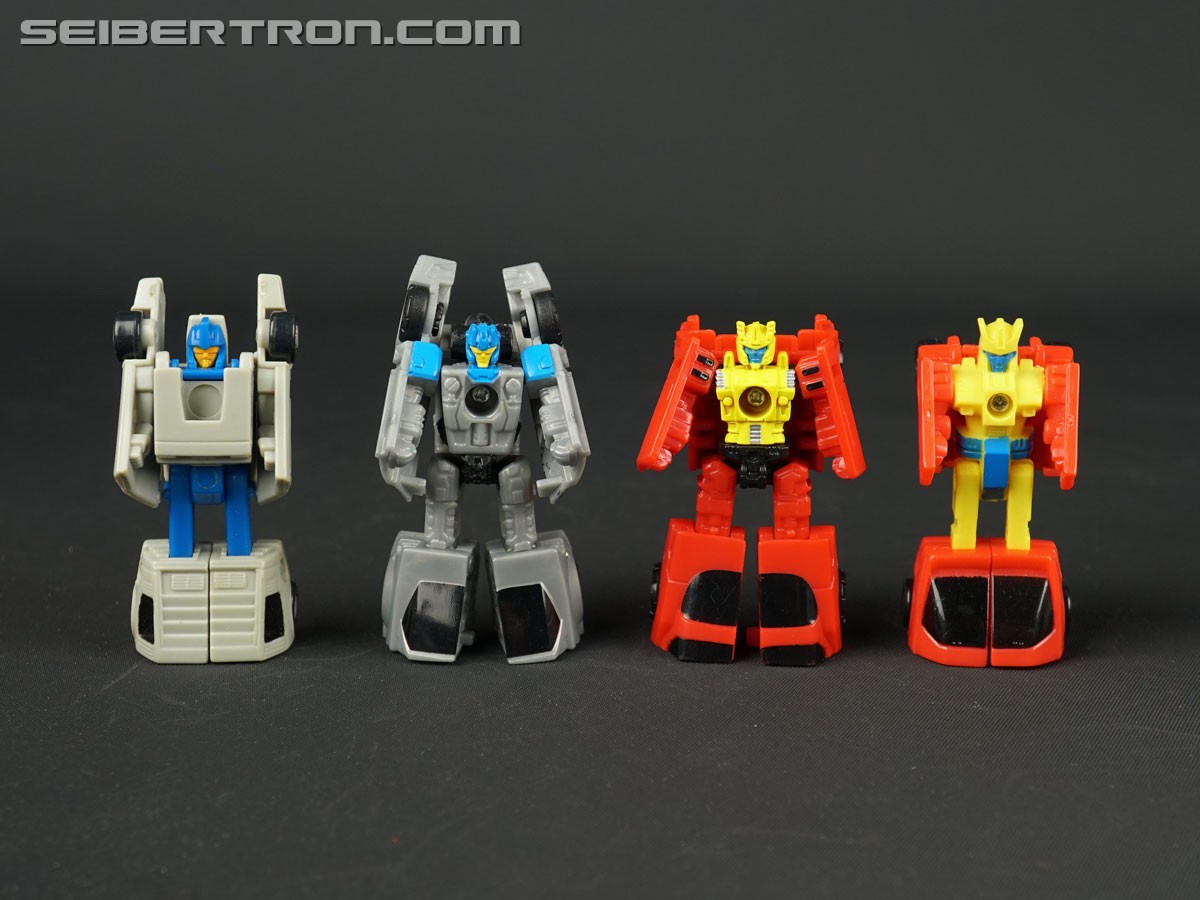 o Our very own Seibertron has been working non-stop to provide us with some amazing Galleries for the latest Siege Micro Masters, Battle Masters, Deluxes and even fan favorites Optimus and Megatron. 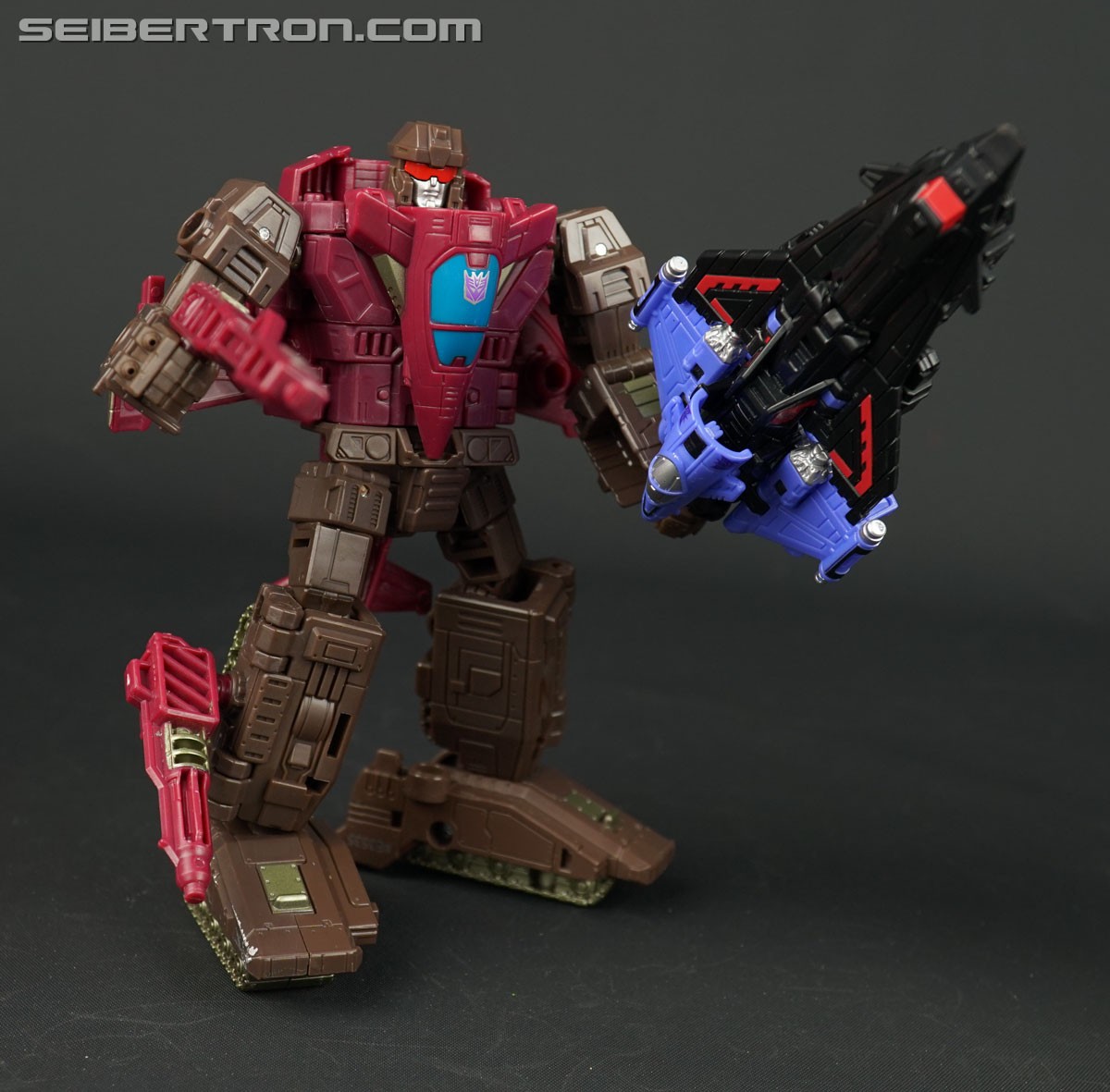 o We have a bit of science afoot with a mass analysis of Siege Optimus & Megatron versus their Titans Return counterparts, and the result may surprise you.
o More information has come to light regarding the runtime and rating for the Bumblebee Movie, as well as a new trailer featuring some Optimus on Thundercracker action on Cybertron! #JoinTheBuzz 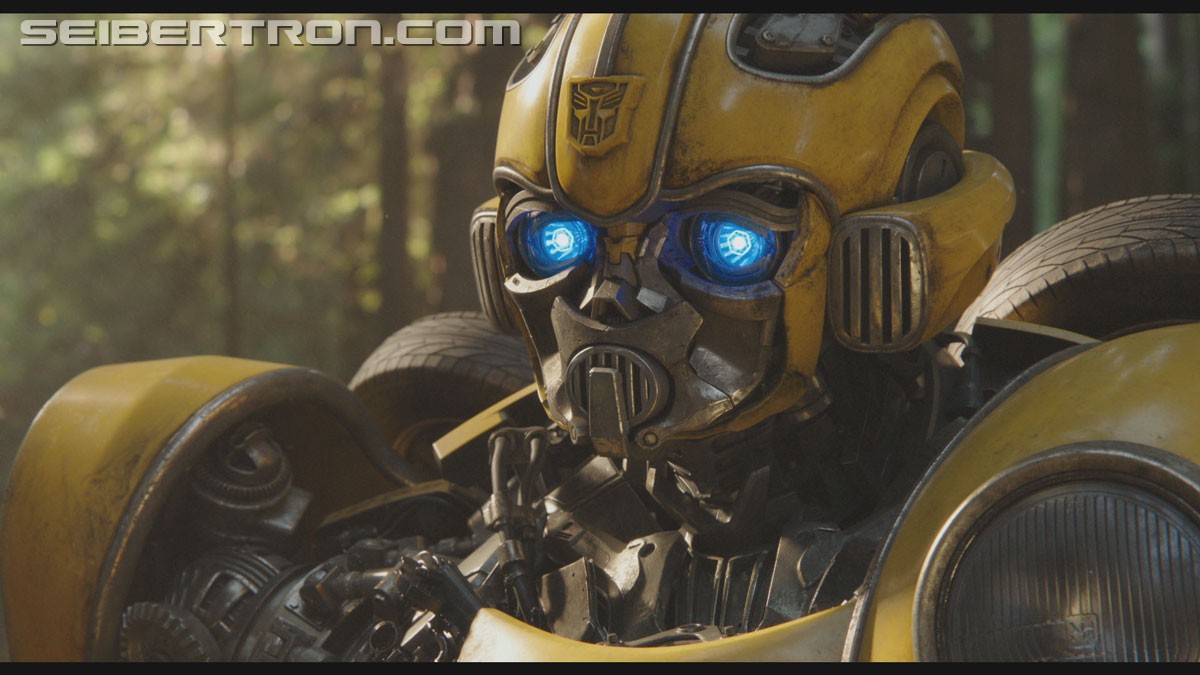 o Of course we close out this episode with a short round of Bragging Rights.


| Love us? Hate us? Extra Super Love us? Drop us a review on iTunes. |
| Want to keep the discussion going? You can do so by simply replying to this post! |
|Got a question for the Twincast? Ask the Twincast. 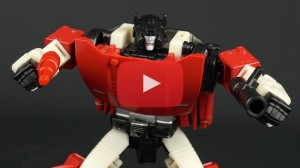 Excitement around the Transformers War for Cybertron SIEGE toy line continues to ramp up as the November 25th street date at Target stores nears closer!

Last week, we wrapped up our galleries of Battle Masters, Micromasters, Deluxe Class Cog, Hound, Sideswipe and Skytread, as well as Voyager Class Optimus Prime and Megatron. We also provided all of you with a series of video reviews from other YouTube users.

Now, we proudly present our very own set of YouTube video reviews from Seibertron.com itself. This set includes all four of the War for Cybertron SIEGE Deluxe Class action figures, which was preceded by our video of the Voyager Class figures.

Be sure to share your thoughts of the War for Cybertron SIEGE figures on our forums. 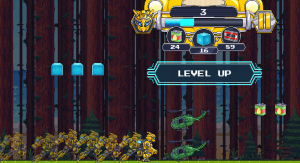 Hasbro and Paramount are really going all out on the retro theme of the upcoming Transformers Bumblebee movie. With the Beetle alt mode, the 80s setting and even G1 rereleases sporting original packaging. Well to add to all this we have a new game based on the film available online on the official movie website for everyone to play. This game is made to look like 16 bit games of the past (like the SNES era) and is high score based, you can check my high score below. The idea is that you cannot run low on power and thus you must collect energon cubes, or oil while avoiding obstacles. There is a boss fight at every 5 levels where you will encounter Dropkick or Shatter and they will use both their alt modes.

Give the game a shot and let us know what you think! 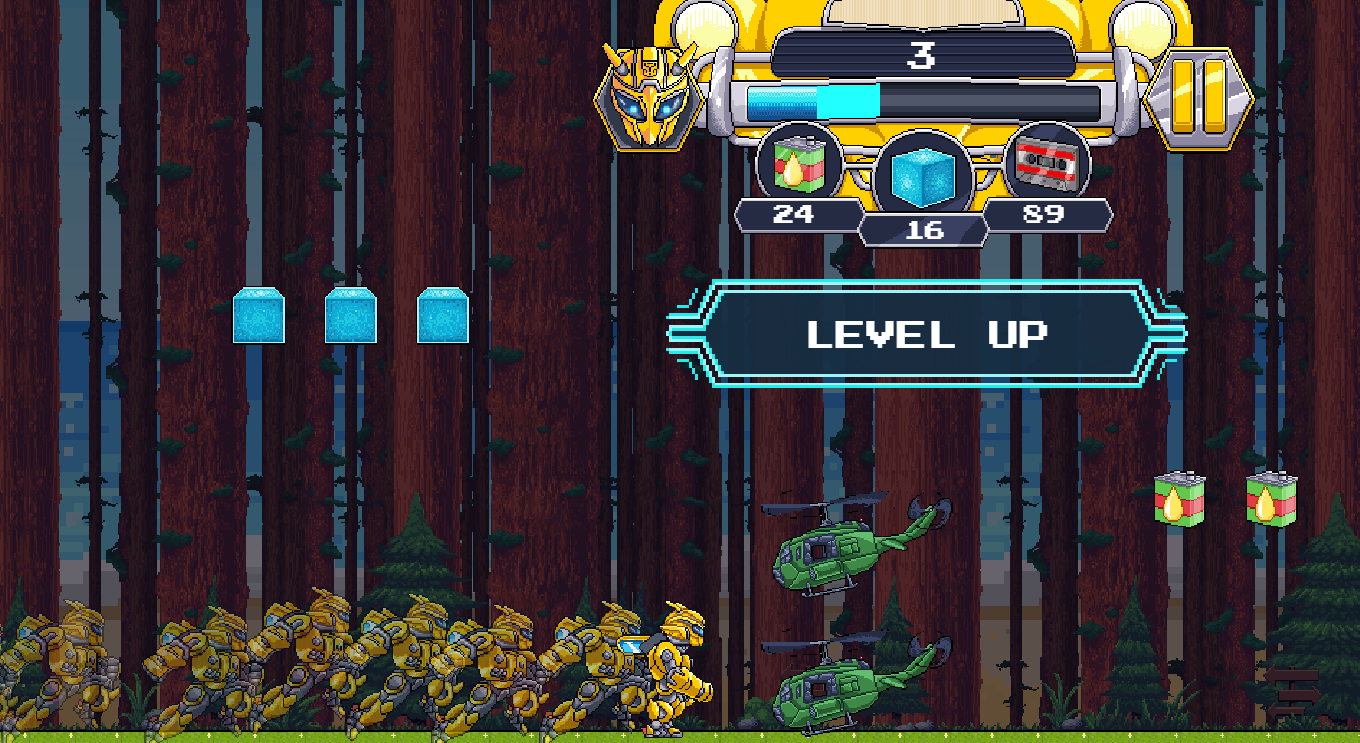 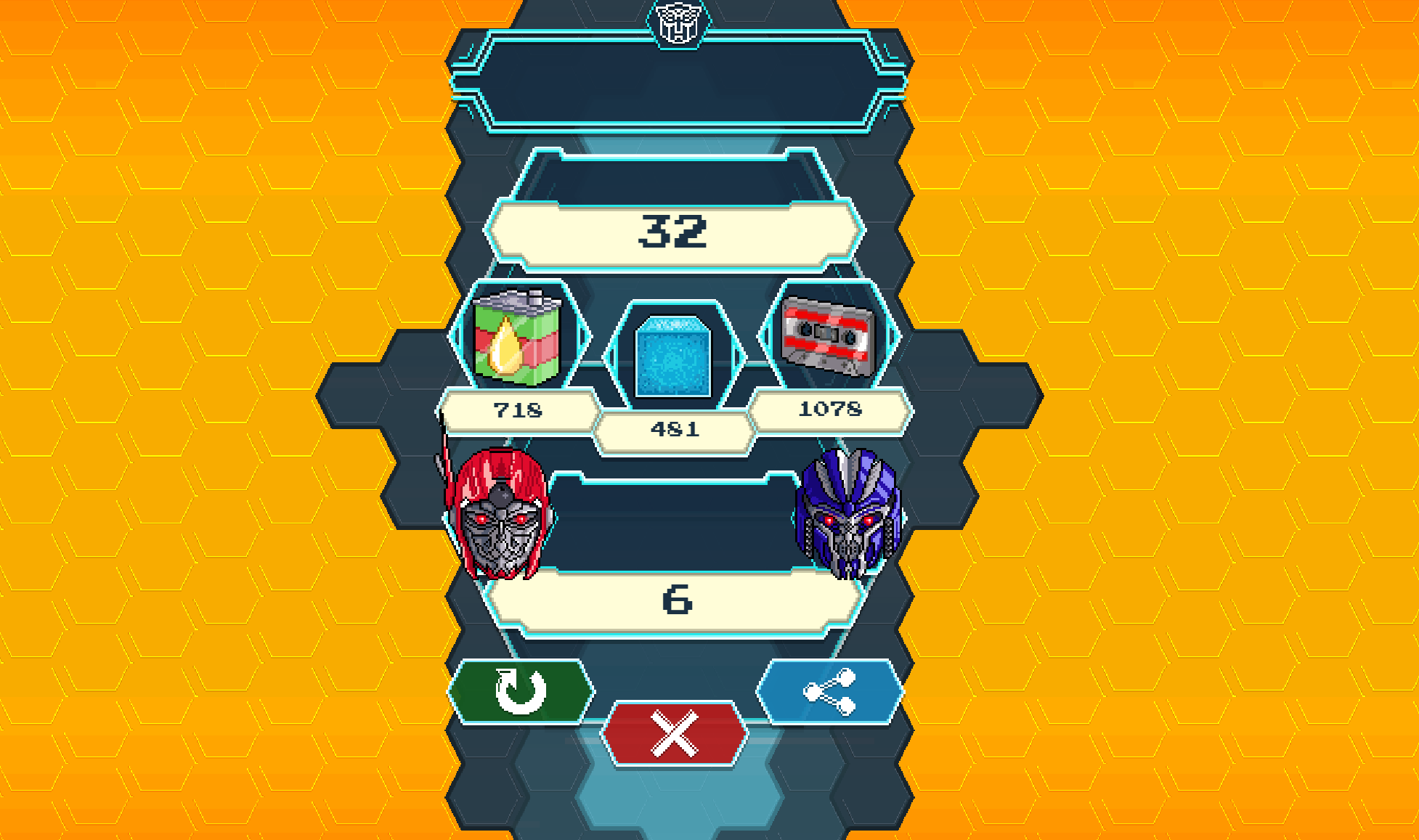 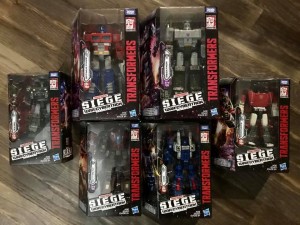 Most Transformers War for Cybertron Siege toys have now been found in the US. You can view all the DPCI codes to help you locat the particular figure you wish here. For those who are still on the fence, we have some great galleries at your disposal which show what you can accomplish with the figures. You can see them here:

Of course, some people also like looking at video reviews so we have made a round up below of some for the deluxe, micromaster and Battle Master class. 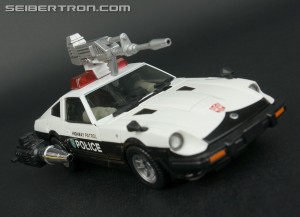 Picking up from episodes 208 and 210, the Seibertron.com Twincast / Podcast's latest episode has host Scotty P joined by Jon 3.0 and Megatronus to continue with a long look at the "Super Car" era of Transformers Masterpiece toys. The next three cars are up, and some of the latest Transformers news is on our radar as well.

Episode #211 "On The Prowl" is available directly and in our RSS Feed, and should appear on iTunes, Google Play, and Stitcher Radio within 24 to 48 hours of when you see this news post.

Stay tuned to future episodes for more Masterpiece retrospectives, as well as a wrap-up on Lost Light which concludes this week. 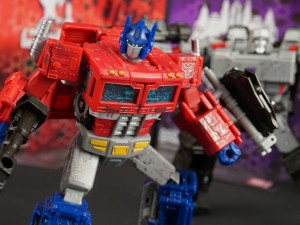 We have some more Seibertron.com content for you. While we have several in hand images showing us the variation in deco from figure to figure, we also have a video review for both Transformers War For Cybertron Siege voyagers Optimus Prime and Megatron. These are currently being shipped to distributors (and in turn retailers) and can be found at comic book stores right now and will be found at big box retailers soon. The video review includes a look at the figures in package, along with features, a critical review, and the transformation.

Also, we have from a private source the case breakdown of the first wave of Seige. Optimus Prime and Megatron are of course evenly split in a case and it is also evenly split for the deluxes (Hound, Sideswipe, Flywheels and Cog) and battlemasters (Blowpipe, Lionizer and Firedrive). However it is not an equal split for the Micromasters where the Decepticon Airstrike is two per case while Autobot Race Car Patrol and Autobot Battle Patrol are each three per case.

Enjoy the review below and please let us know if you spot any Siege toy at a big box store.