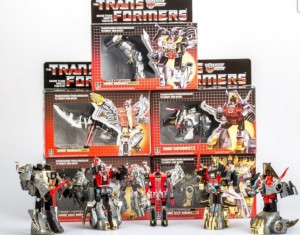 How to Tell if your MPM-5 Barricade is a Knockoff, and What to Do Next 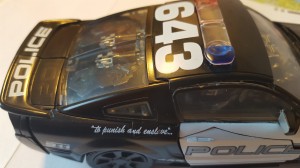 A lot of people recently have been getting burned with knockoff versions of the newest Movie Masterpiece Transformer on the market, MPM-5 Barricade. Buying highly-desired figures like this, especially on sites like eBay with individual sellers, can lead to a definite risk of ending up with a counterfeit version no matter how careful you may be.

To help you identify if your own copy of Barricade is a pretender to the Movie Masterpiece throne, Seibertronian zhaobinis1 has you covered with a couple identification tips - plus a guide on how best to refund your purchase through eBay if you did receive a fake! They recommend not shipping the figure back as it's technically illegal to ship counterfeit items like this.

Here is how you can do to get a refund without shipping back the KO figure:

1) When receive your figure, click return.
2) Fill in reason as "KO" or "not authentic".
3) Take pictures of your KO figure. There are 2 places you can easily see that are proves of KO. 3.1) The "POLICE" print was misprinted on the trunk while it should be on the spoiler. This could have been fixed but you will still see marks on trunk. 3.2) In the crotch there are 2 C shaped parts that you won't see the opening, while on official figures you will. Basically KO put these parts on the wrong direction.
4) Do not ship it back, as it is illegal to ship inauthentic items. Wait a few days and ask Ebay to step in (there is a button for it).
5) An Ebay employee will be assigned to your case and usually they will ask you to DESTROY the figure and sign something to prove you did it. Then they will refund you at sellers cost.

As a visual aid to zhaobinis1's descriptions, we also have an image from D-Maximal Primal showing the misprinted "POLICE" decal (and its clumsy reapplication to the spoiler): 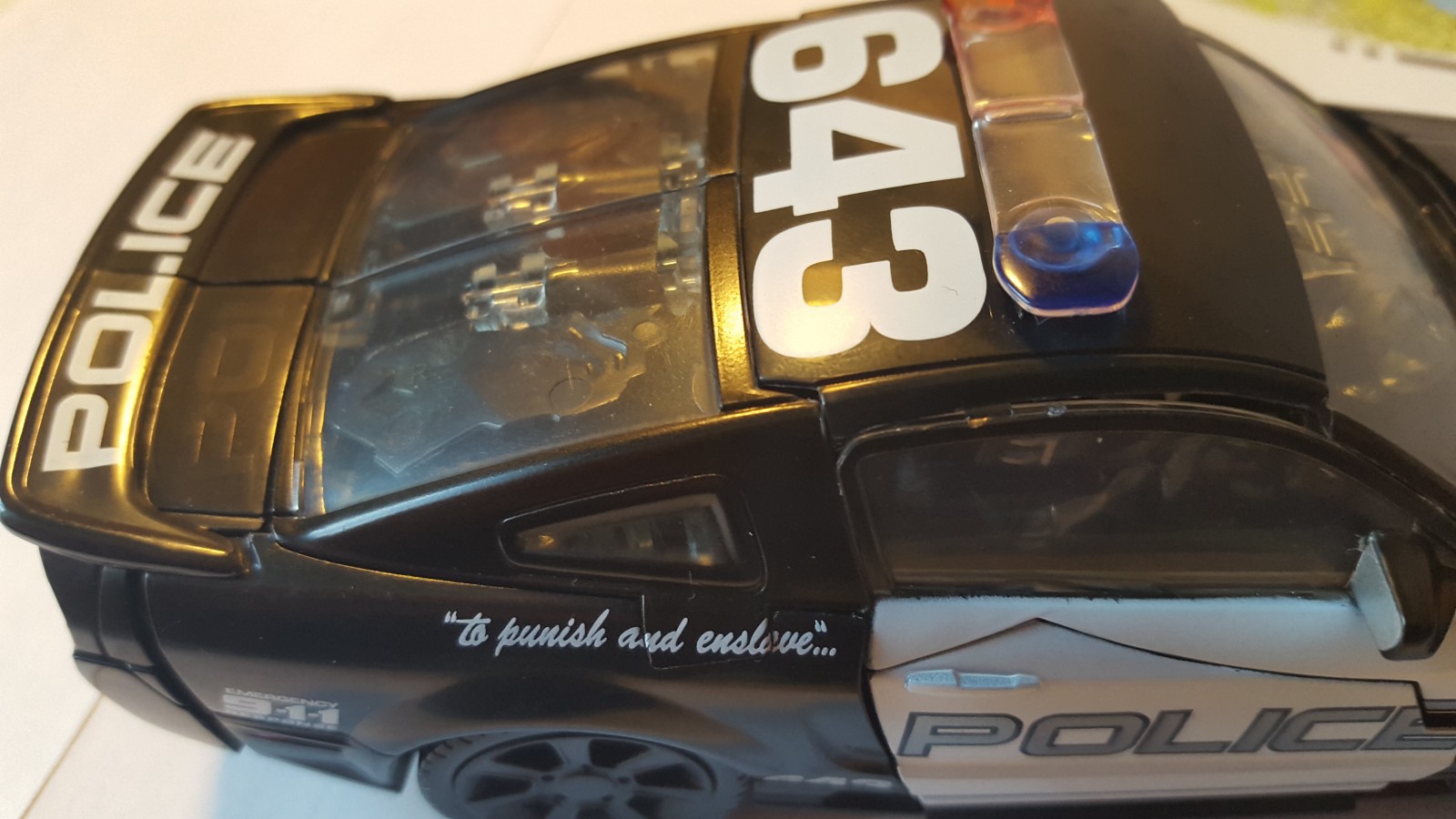 Best of luck to all you buyers out there - hopefully this guide can help keep you alert for counterfeits in your police-bot-acquiring efforts! And of course, our condolences to those who did receive a knockoff. If you have any thoughts or tips of your own to share, let us know in the Energon Pub forums. And as always, stay tuned to Seibertron.com for any more Transformers news and useful information!