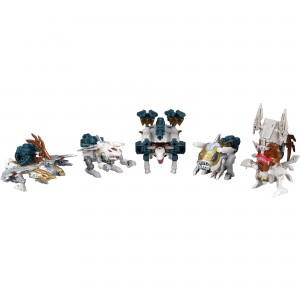 Thanks to a heads up from TF-fan kev777, we have words that the newly revealed Transformers Generations Selects God Neptune set is up for pre-order on Hasbro Pulse for the very reasonable price of $185.99! Hasbro Pulse is advertising the figure as a Pulse Exclusive, which makes sense since the figure in Japan is a TakaraTomyMall exclusive. The price is right around where we anticipated it being ($200ish), so this is good news to all who want to order from Pulse!

We also have word from AllNewSuperRobot that the UK pre-order is live now from In Demand Toys, and is available for £169.99 right now.

The due date for both of these releases is the end of October of this year, so hopefully only a 5 month wait for these splendid new space pirates!

We would also like to pass along, thanks to RiddlerJ, the news that the final 2 Seacon individual releases for King Poseidon are also now in stock and available on Pulse. You can find them at the links below

Let us know what you think of these pre-orders below, and let us know if you intend to pick up this Beast Wars II Behemoth! 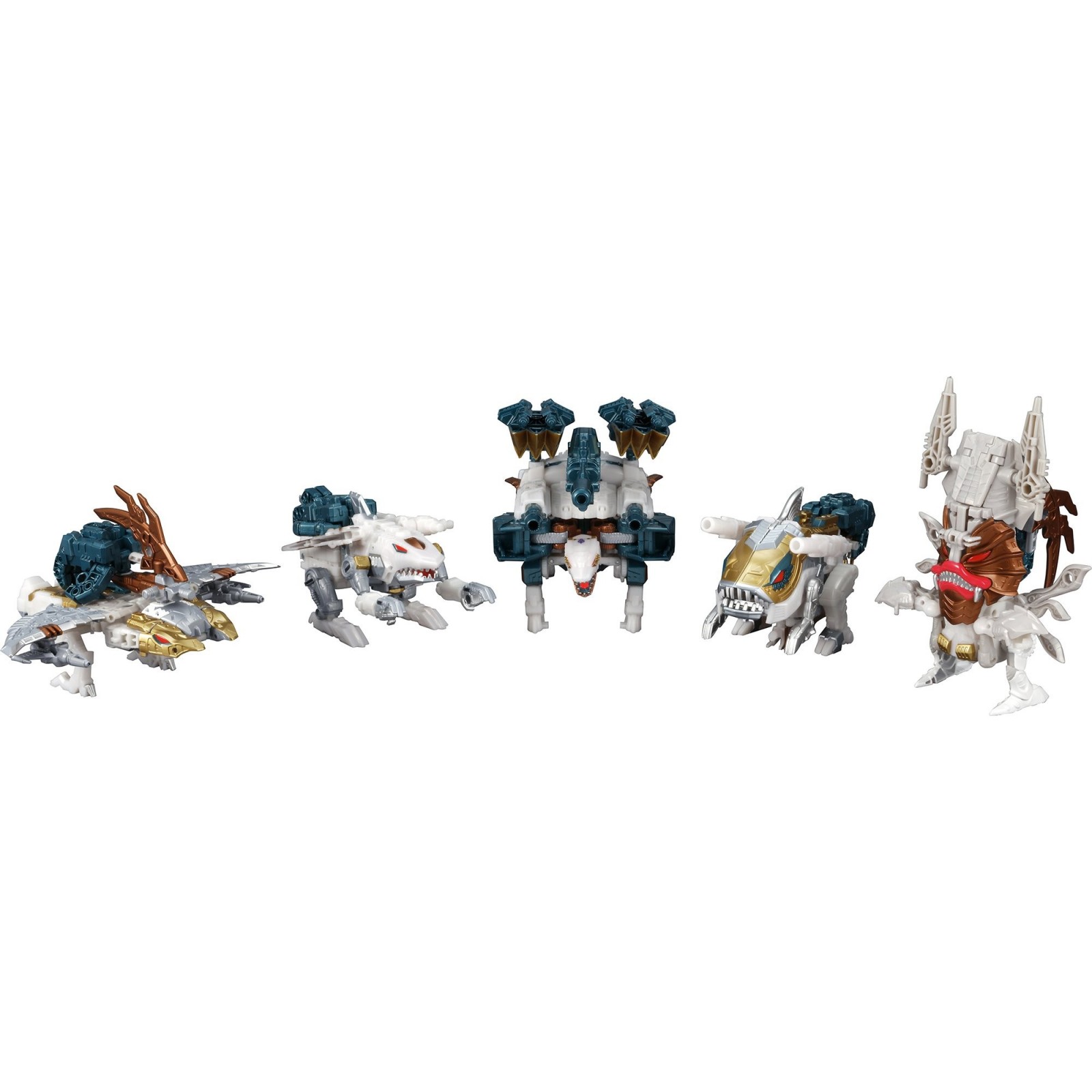 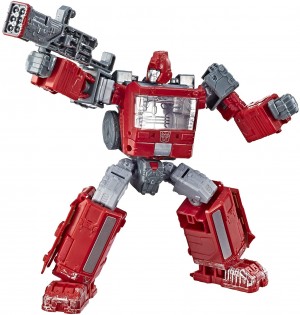 Thanks to a listing over at Amazon France, we have news that it more of the Siege characters are making their way to Earthrise.

This new Amazon listing identifies a new 2-pack that is said to consist of Ironhide and Prowl, 2 characters who received new toys back a year ago in Siege. This 2-pack follows in the Seeker 2-pack's shoes, bringing in characters from Siege and updating them to new Earth modes. Now while we don't have any pictures to share with you, we did have a look at the new datsun brother mold thanks to Smokescreen, but we have yet to see what Earthrise Ironhide might look like. It is possible the Ironhide mold from Siege will be reshelled to give him an Earth mode, but that is yet to be seen.

Check out the listing, and let us know what you think of this new listing in the comments section below!

EARTHRISE: The siege is over, but the war for Cybertron has only just begun. Although Autobots and Decepticons have left Cybertron, their fight continues in space as they search for the Allspark
ENLARGE THE BATTLEFIELD: Great space battles can be created with Earthrise figures that convert to modular battle stations. Includes: Deluxe class Ironhide and Prowl figures from Transformers Generations War for Cybertron: Earthrise, 2 accessories and instructions in French.
ALLIANCE AUTOBOT: This toy contains Ironhide and Prowl figurines in land mode. Fans of the cartoon will imagine the Ark's crash landing on Earth and the continuation of the brutal war against the Decepticons.
AUTOBOT ALLIANCE AGAINST ELITE HUNTERS: The images on the packs of the Autobot Alliance and elite hunters show both sides of the fight. Combining the two completes the battle scene.
G1 TERRESTRIAL AND WEAPON MODES: Ironhide and Prowl figures convert to truck and police car mode in 22 stages and 15 stages, and are sold with 2 weapons. Transformers, to start imagining, inventing and transforming reality. Transformers, stronger than appearances. 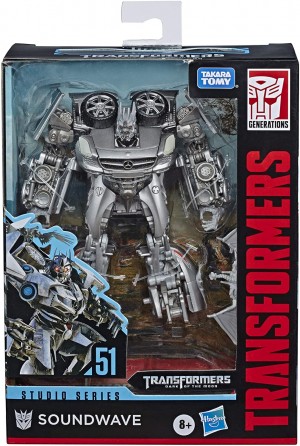 During this pandemic time, a lot of people have a lot more time to surf the internet and potentially make some purchases, and we are here to tell you that a couple of the recent Studio Series figures are for sale at a discounted price at Amazon.com. We will list these figures below for the price they are currently available for, and the amount of savings you can expect for these figures.

So, for those who are hunting Devastator parts, Hightower is currently available for 18.84, a $1.15 savings from retail.

Want to scoop up the long sought after wide release of a Dark of the Moon Soundwave, complete with bird buddy? Well he is $15.00, a $4.99 savings.

Interested in some Legion sized figures with cool bike modes and unique transformations? Well, the Arcee sisters are $17.88, a $2.11 savings.

Ready to take to the skies after driving around on the ground? Helicopter Drift is now 18.84, a $1.15 savings.

Remember that nice Charlie's Garage set with a customizable Bumblebee? Well, it is currently down to $22.69, a $7.30 savings.

That new MPM Starscream reveal got your Movie Screamer itch going? The original Studio Series toy is currently up for $28.73, a $1.26 savings.

Check out these deals, and let us know if you pick up any of these sweet toys! And remember, any order $25 or greater gets free shipping! 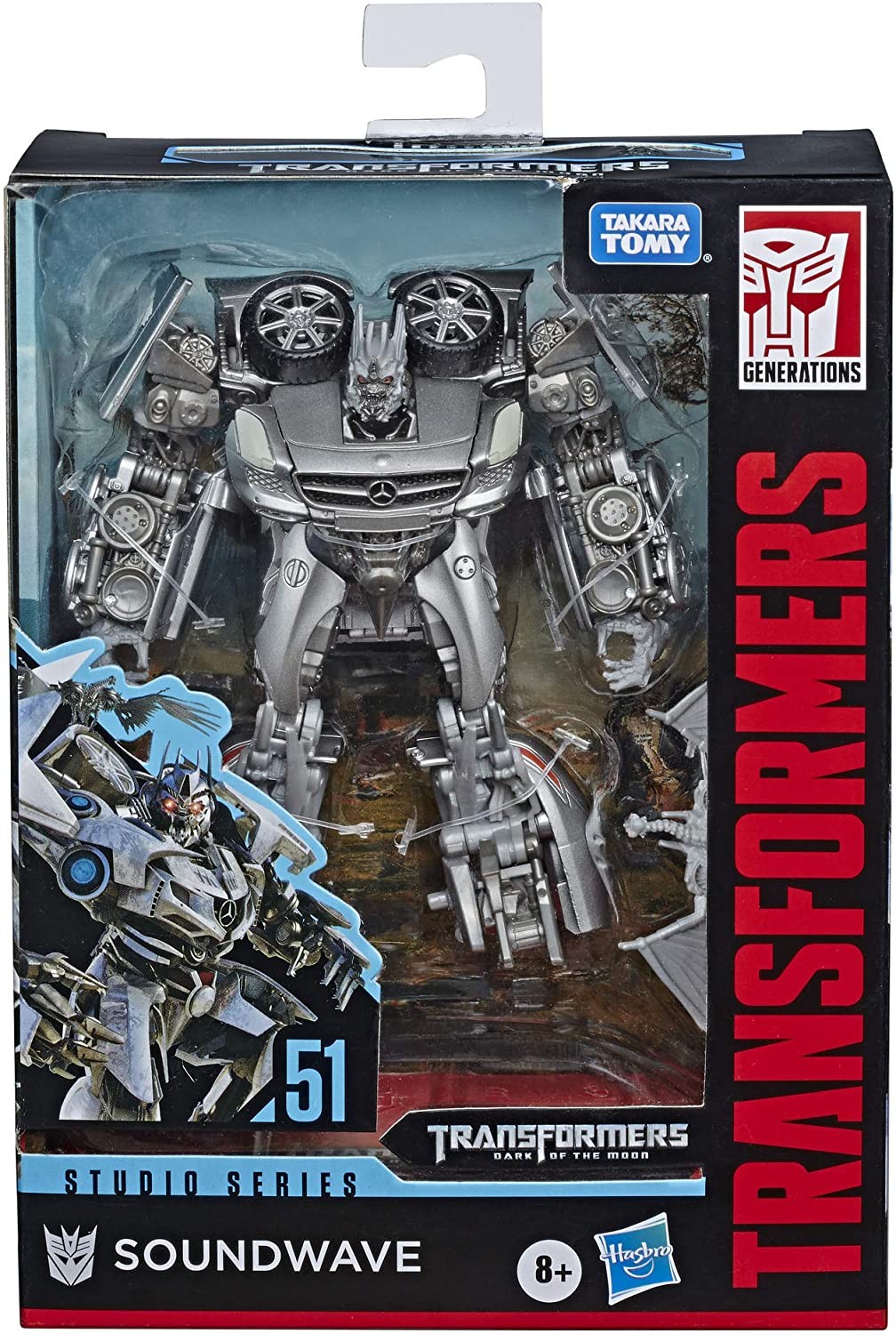 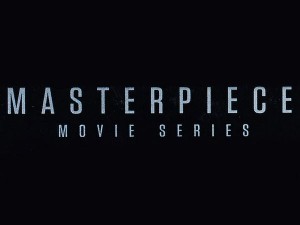 Thanks to the UK store Abgee, we have an interesting listing to share with you today. We will stress though that this is just a listing, so any information it might provide should be taken with a grain of salt.

Now since it looks like we are settling in on a path to get roughly 2 Movie Masterpiece figures a year, and after last year's 1 Autobot 1 Decepticon rule, a good guess as to who this listing could be would be Ratchet, the final member of the original 2007 Autobot cast. But again, this is all speculation based on this listing, so take it all with a few grains of salt.

Let us know what you think of this listing below, and if you think we have a new Movie Masterpiece Ratchet or other figure on the way! 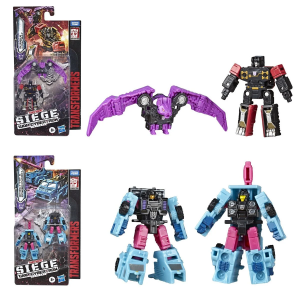 Thanks to a heads up from Seibertronian TF-fan kev777, we have news that the hard to find final wave of War for Cybertron Siege Micromasters will be seeing a restock at Entertainment Earth for retail price!

The final wave of the Siege Micromasters proved to be a hard to find wave, as there were very few sightings and even fewer online listings. This wave consists of the Battle Squad (Direct-hit and Power Punch) and the highly sought after Soundwave Spy Patrol 2 (Ratbat and Rumble). The listing on Entertainment Earth is for both sets, and is listed as $19.99, which is retail price for the wave. You will need to pay shipping, as Entertainment Earth shipping is only free on in-stock orders over $79, but it is far better than paying ebay prices for these guys.

Check out the listing, and let us know if you pre-order these guys and finally secure them below! 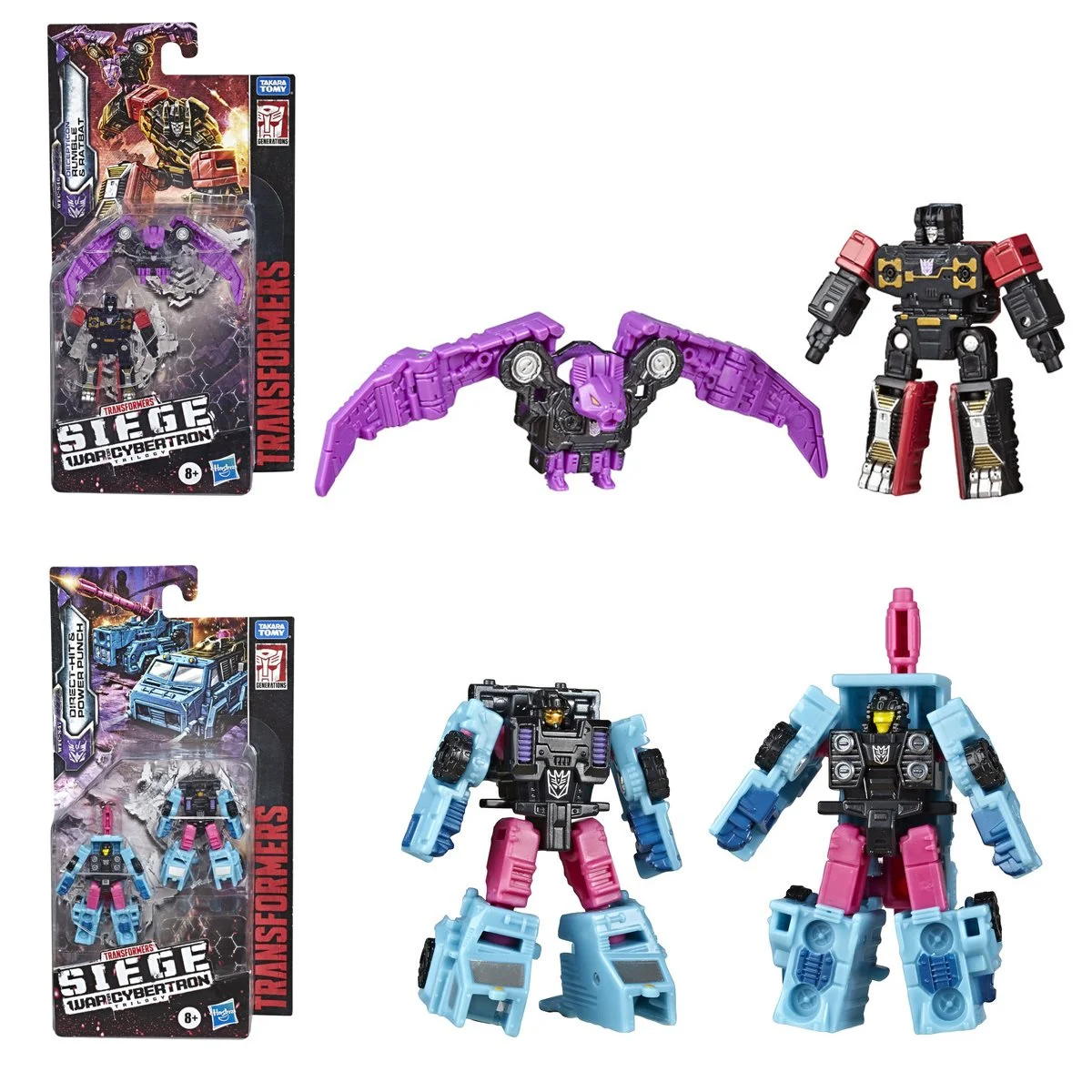 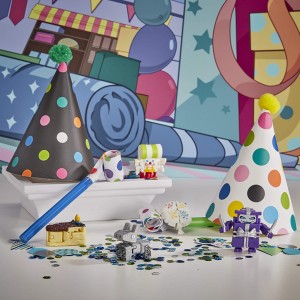 Thanks to a heads up from Seibertronian TF-fan Kev777, we have news that the newest round of Botbots have made their way to online stores, and are now in stock and available for your purchase!

The botbots series 5 5-packs consists of 3 teams, which are the Party Favors, the Los Deliciosos, and the Cardio Clinique, each of which contain cute little botbots that transform quite easily from an item fitting that description to a little robot. While we do not yet have the Cardio Clinique listing ready and in stock, the Party Favor's and the Los Deliciosos' are ready for you to purchase them and continue to build your Botbot army!

You can follow any of the links below, or you can click on the pictures of the Botbots themselves to take you to the listing. Let us know if you pick them up in the comments section below! 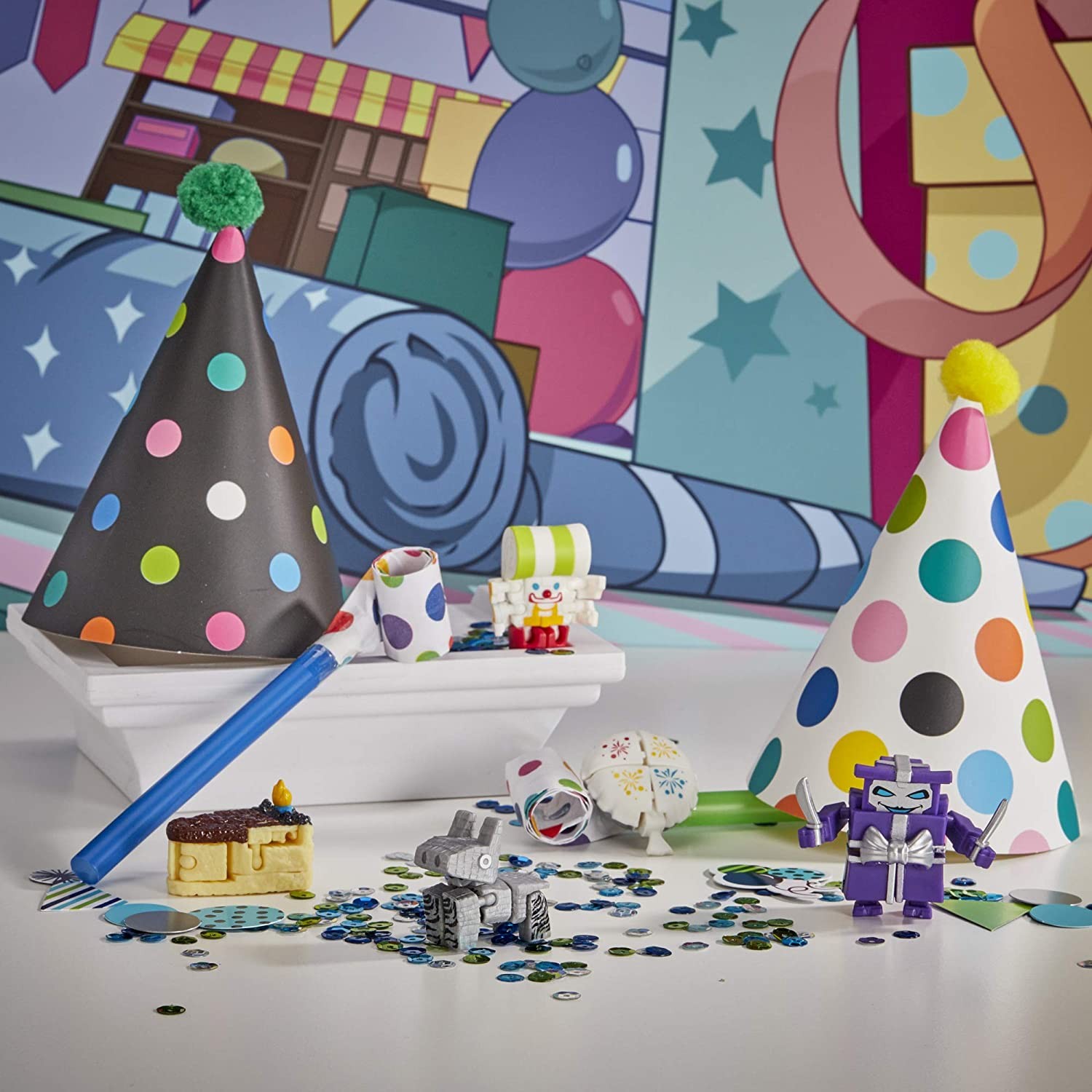 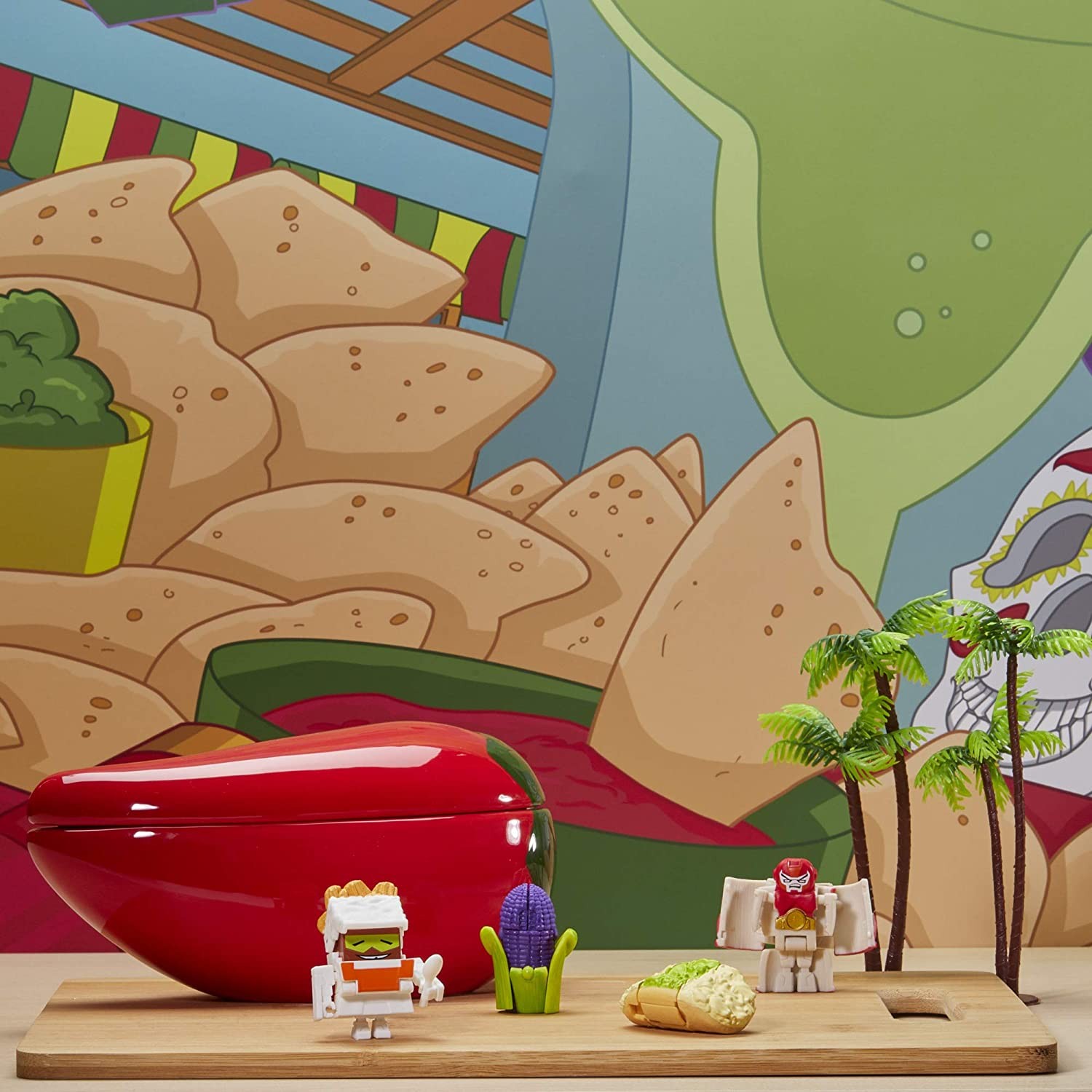 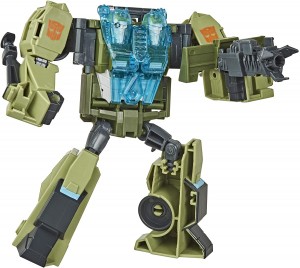 We have some big news for you fans of the Marvel G1 Wreckers and of the Cyberverse show in general: the Ultra Class Rack n' Ruin toy is now available on Amazon.com right now!

Rack n' Ruin was a comic original character from the Marvel G1 comics, where they served as members of the Wreckers, and much like their buddy Impactor, they made quite an impact with readers of the day. they briefly showed up in the IDW comics, but until Cyberverse, that was about the limit of their fictional appearances, with no toys either.

But then Cyberverse happened, where Rack n' Ruin became show characters and proved to be quite fun in the show. And with their show appearance, they have finally been granted a toy in the form of this Ultra Class figure, which is quite posable for the size class, much like Clobber, and is available for $19.99. You can pick it up at the above link, and let us know what you think in the comments section below! 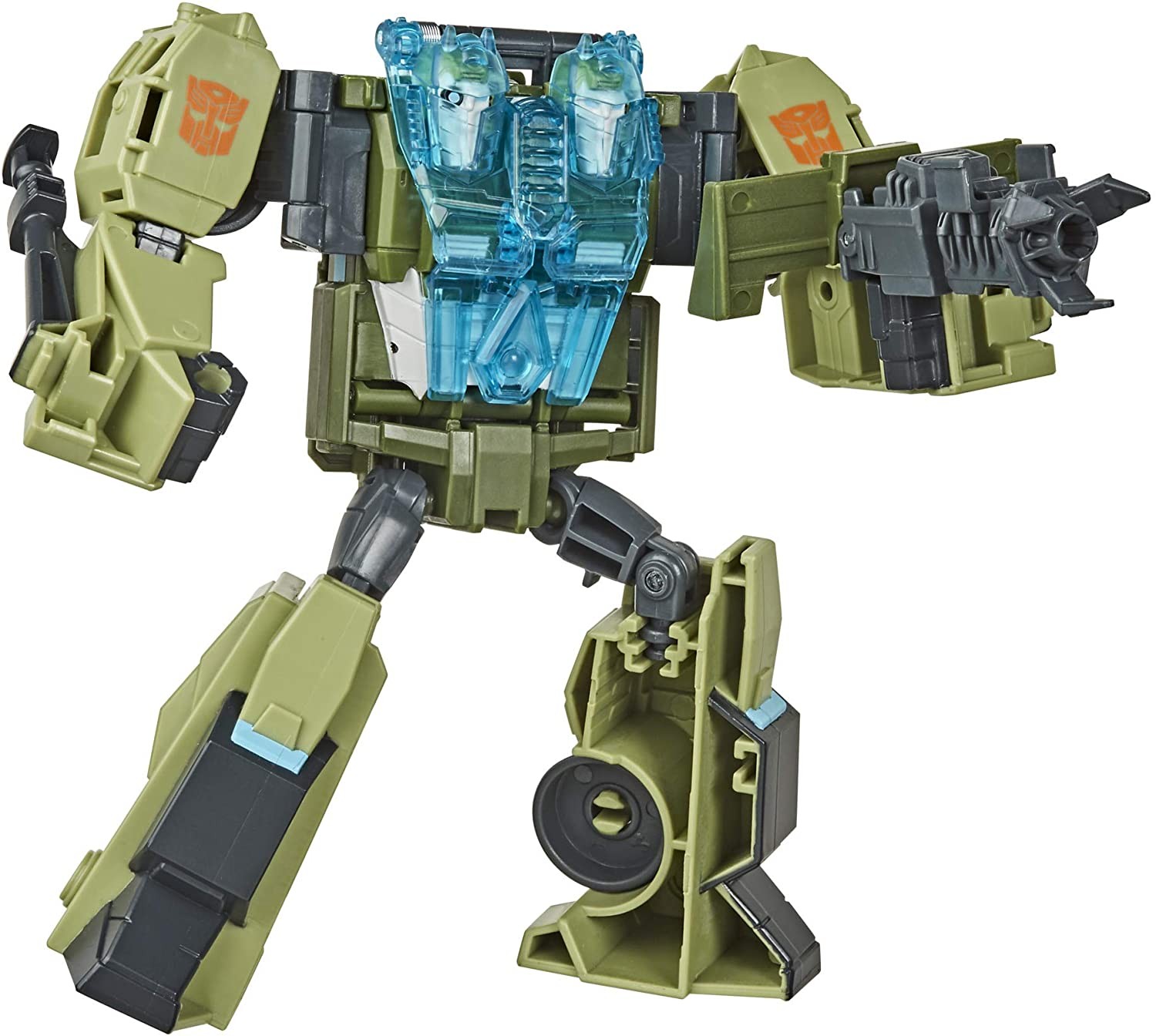 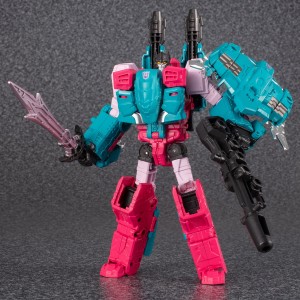 Thanks to a heads up from Seibertronian xRotorstormx, we have some good news for those of you who were interested in the Generations Selects series Seacons, but didn't get a preorder in when they were up. It appears as though the first two in the set, Turtler (Snap Trap) and Gulf (Skalor), who recently began shipping via Hasbro Pulse, are now available for purchase, and are in stock at Pulse! Given that preorders were only open for a limited time, and the limited availability of the figures in general, this is something of a surprise, but a welcome one, nonetheless. Click on each figure below to be taken to Pulse, where you can place your order. 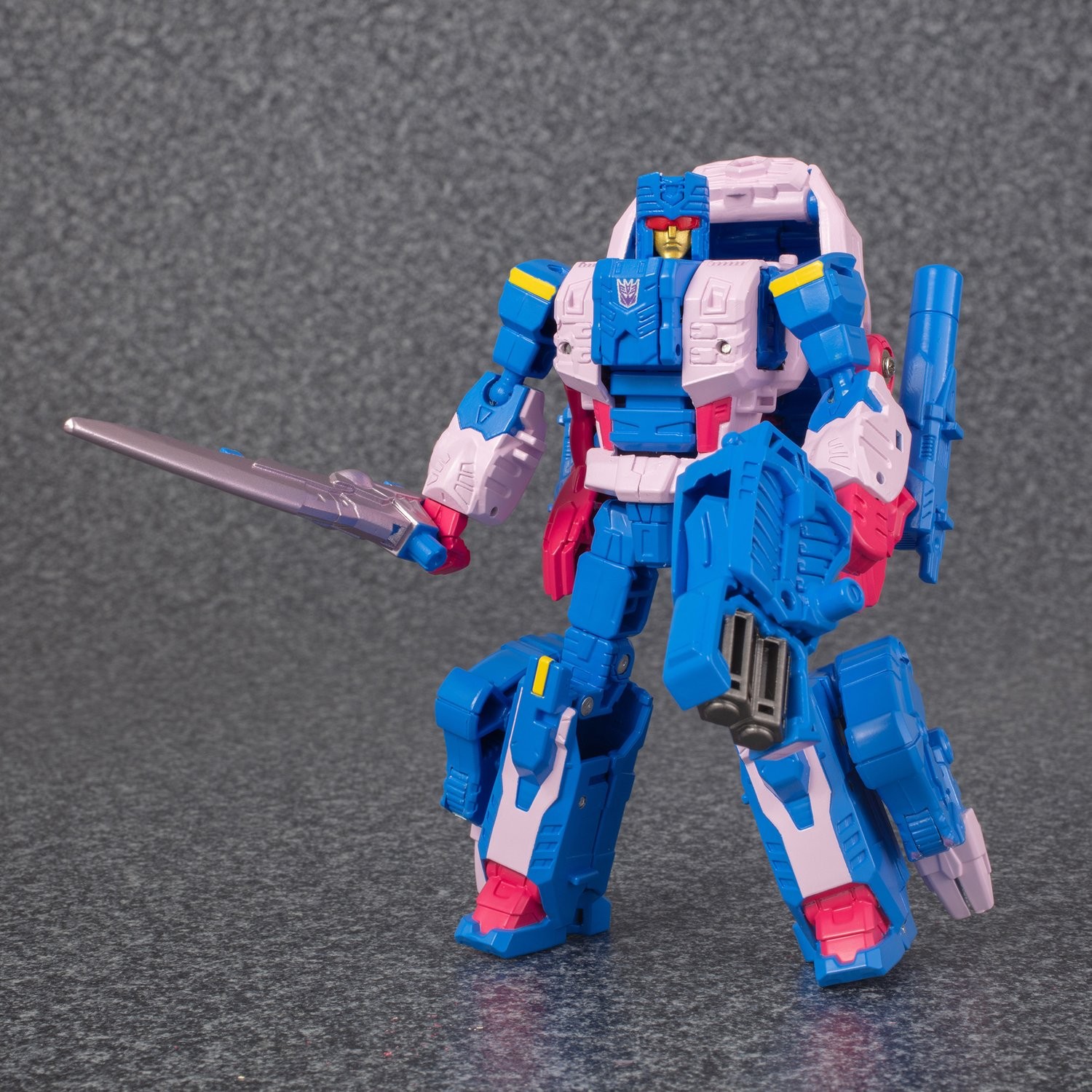 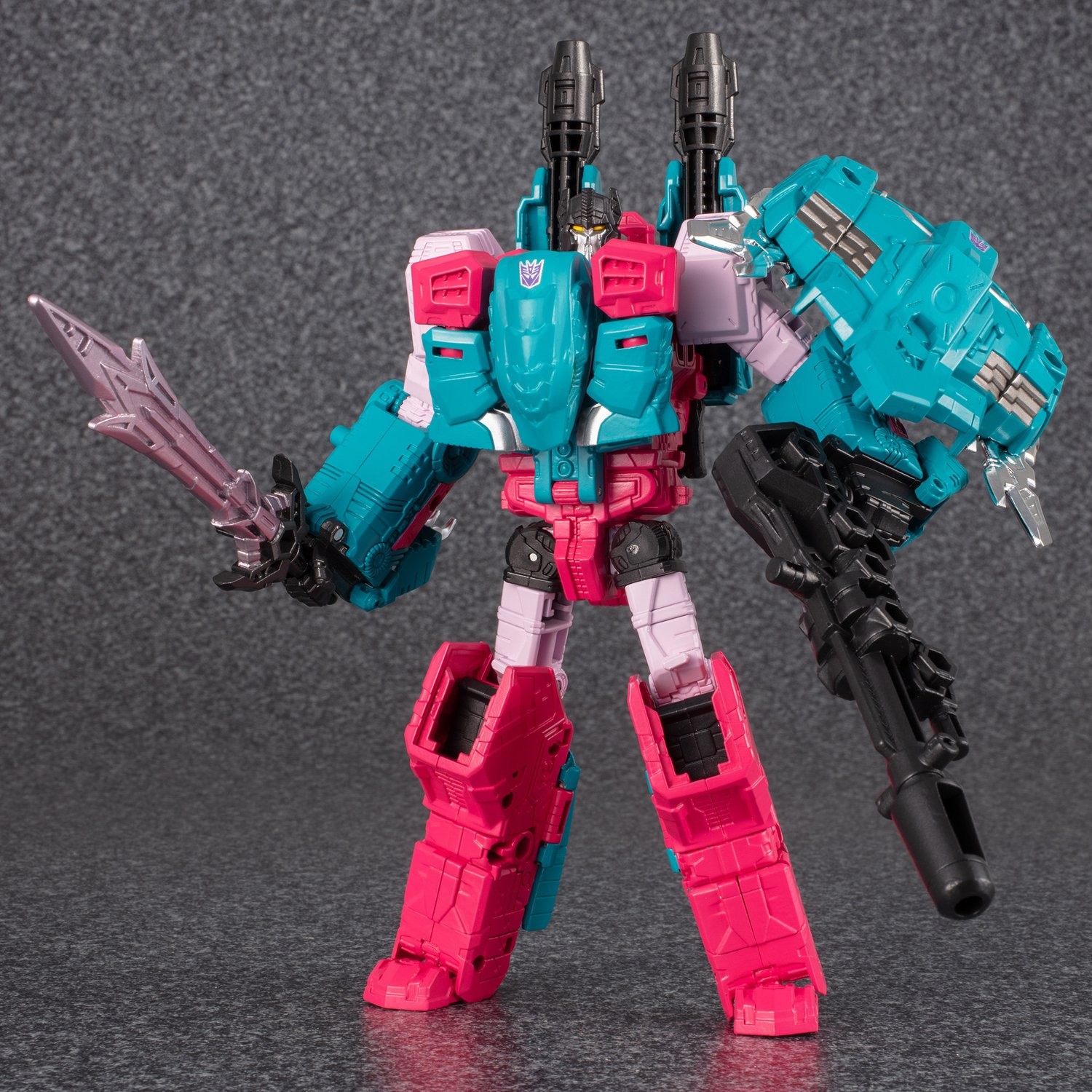 I've also included an order confirmation from yours truly verifying that these figures are indeed available. 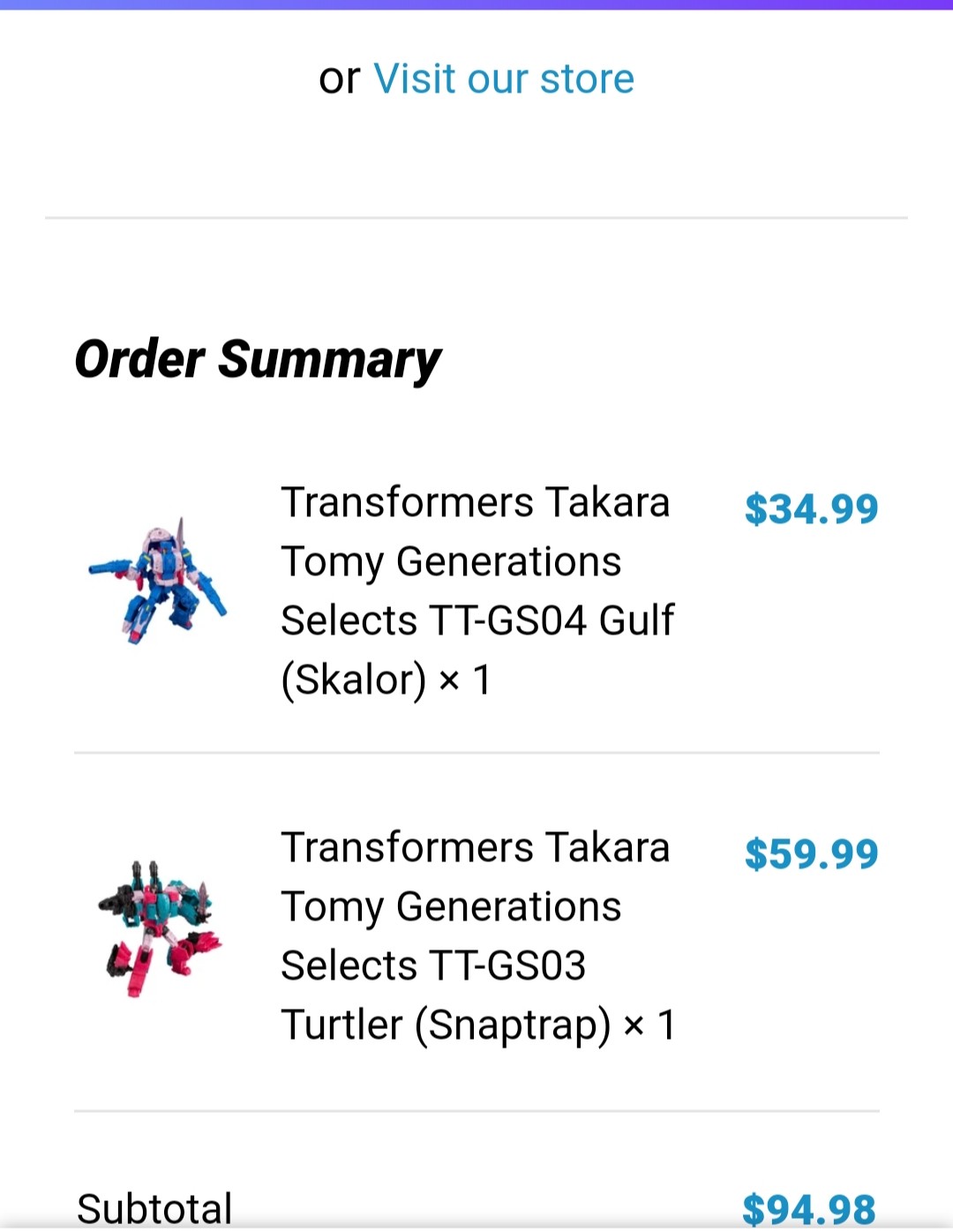 So are you excited about this development? Have any theories as to why they're available? Are you hoping for the other Seacons to be available like this as well? Speculate below, and let us know what you think! 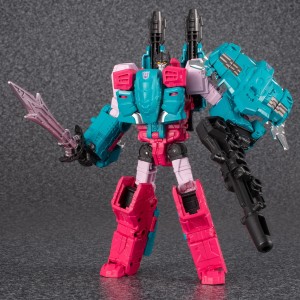 Thanks to a heads up from several Seibertronians, we have news that the long awaited release of the Transformers Generations Selects Turtler and Gulf from Hasbro Pulse is finally upon us!

As you might remember, all 6 of the Generations Selects Seacons were delayed at some point or another prior to their original release dates. Despite the current worldwide situation with COVID-19, the figures are now ready for release, and Turtler and Gulf are ready to ship out from Pulse. With the release of these first 2 Seacons, we can expect to see the final 2 pairs here soon enough, so stay tuned to Pulse and to Seibertron as we await the release of the final 2 seacons from Pulse. 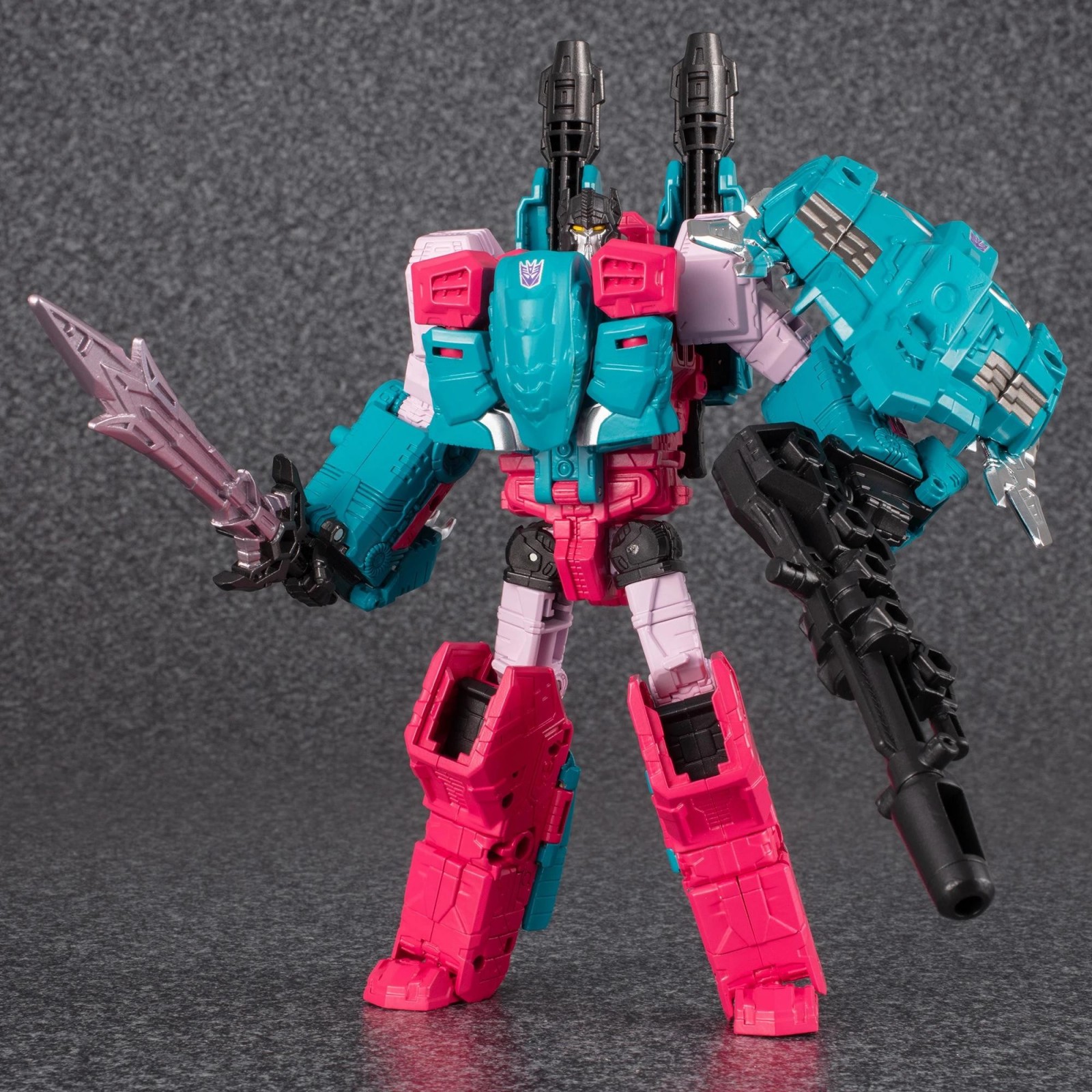 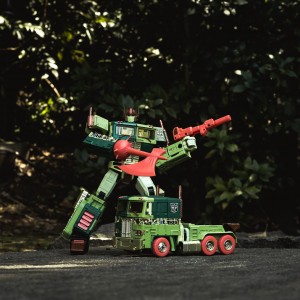 Who's ready for the Boss Bot to Quack Quack?

Remember all those Atmos MP-10 Optimus Primes that went around last year? There were somewhere around 8 different color schemes shown off? And the only one that has been for sale so far was the Lebron-voy Prime? Well, the next one is finally ready for release, and will be released soon.

Thanks to the Atmos Journal, we have some new images of this upcoming Atmos Convoy, which will be painted up in the style of the "Duck Camo" atmos shoes are also set to be released. The release date for Duck Camo Convoy is Thursday, March 26 (next Thursday), and this Convoy will be amongst a plethora of other Duck Camo related merchandise. This Convoy is specifically called MP-10DC in honor of the paint scheme.

This Convoy will be available from some actual atmos stores and also the online atmos store. He will come to around ￥19,000 before tax and shipping. 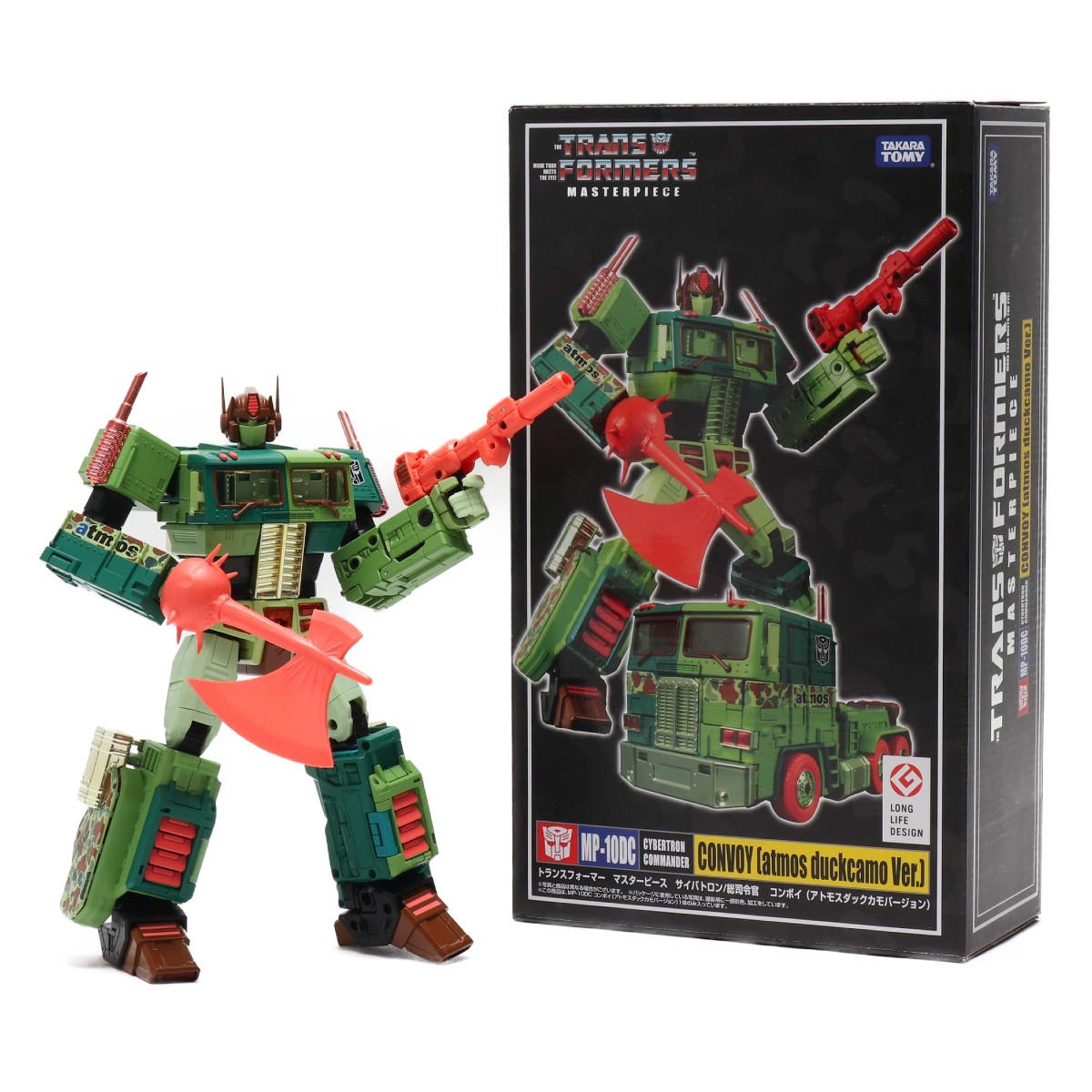 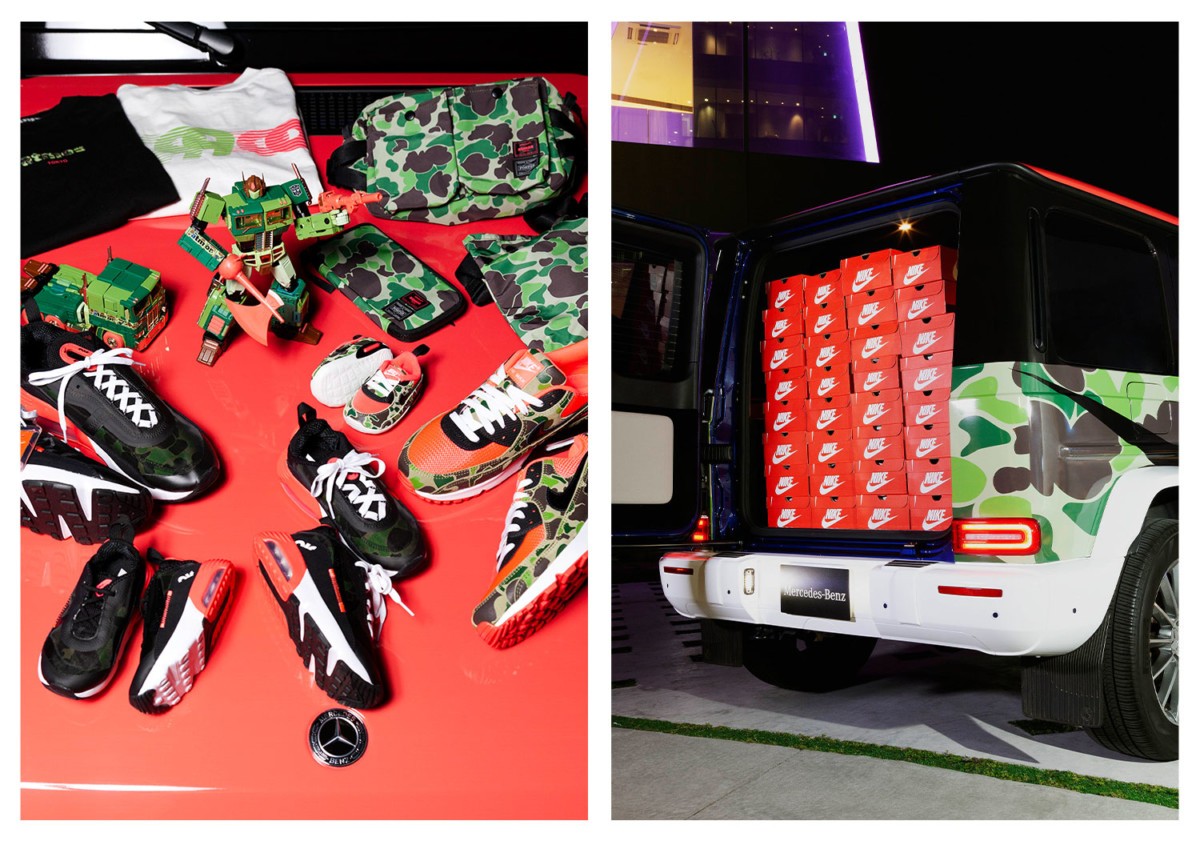 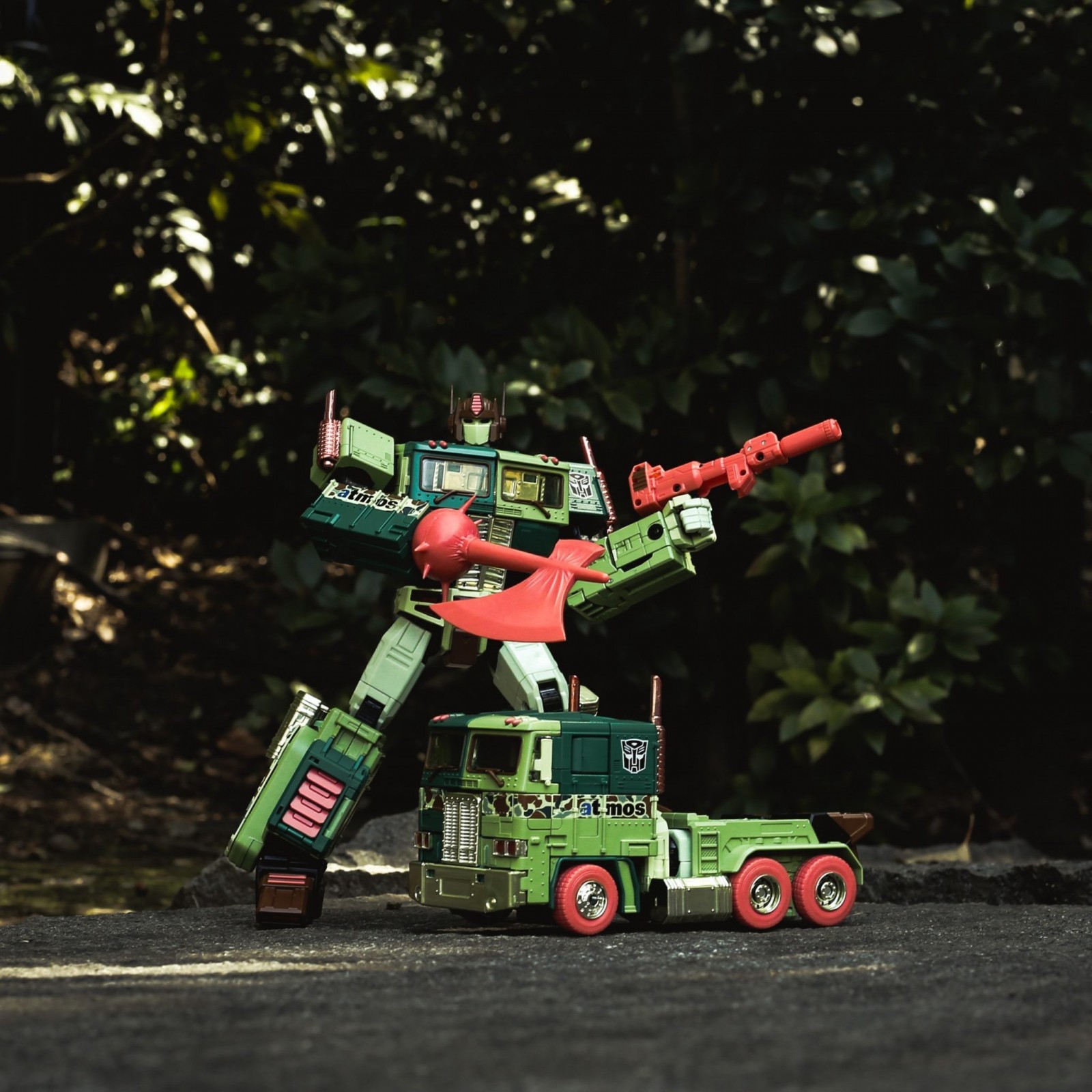 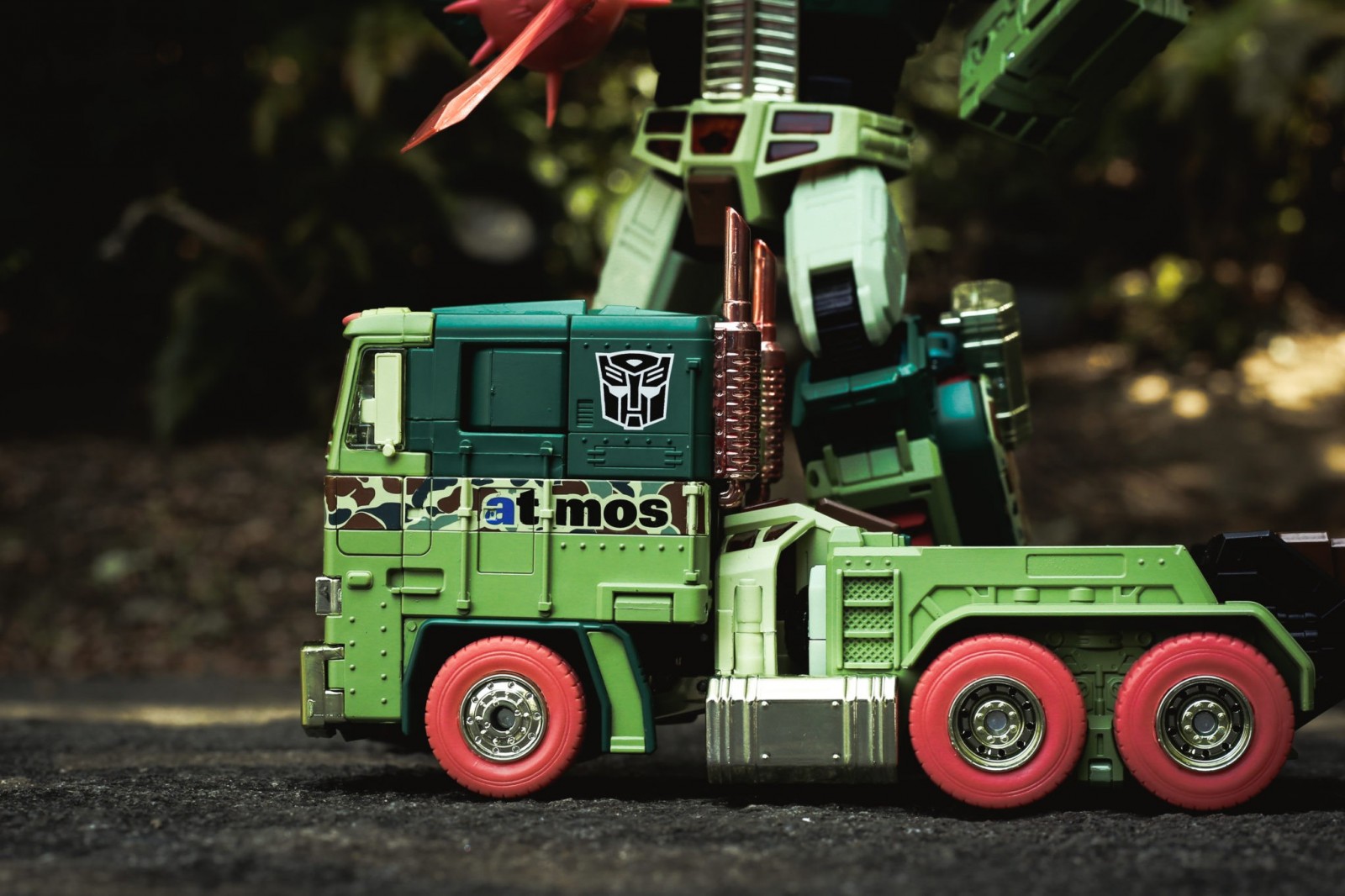 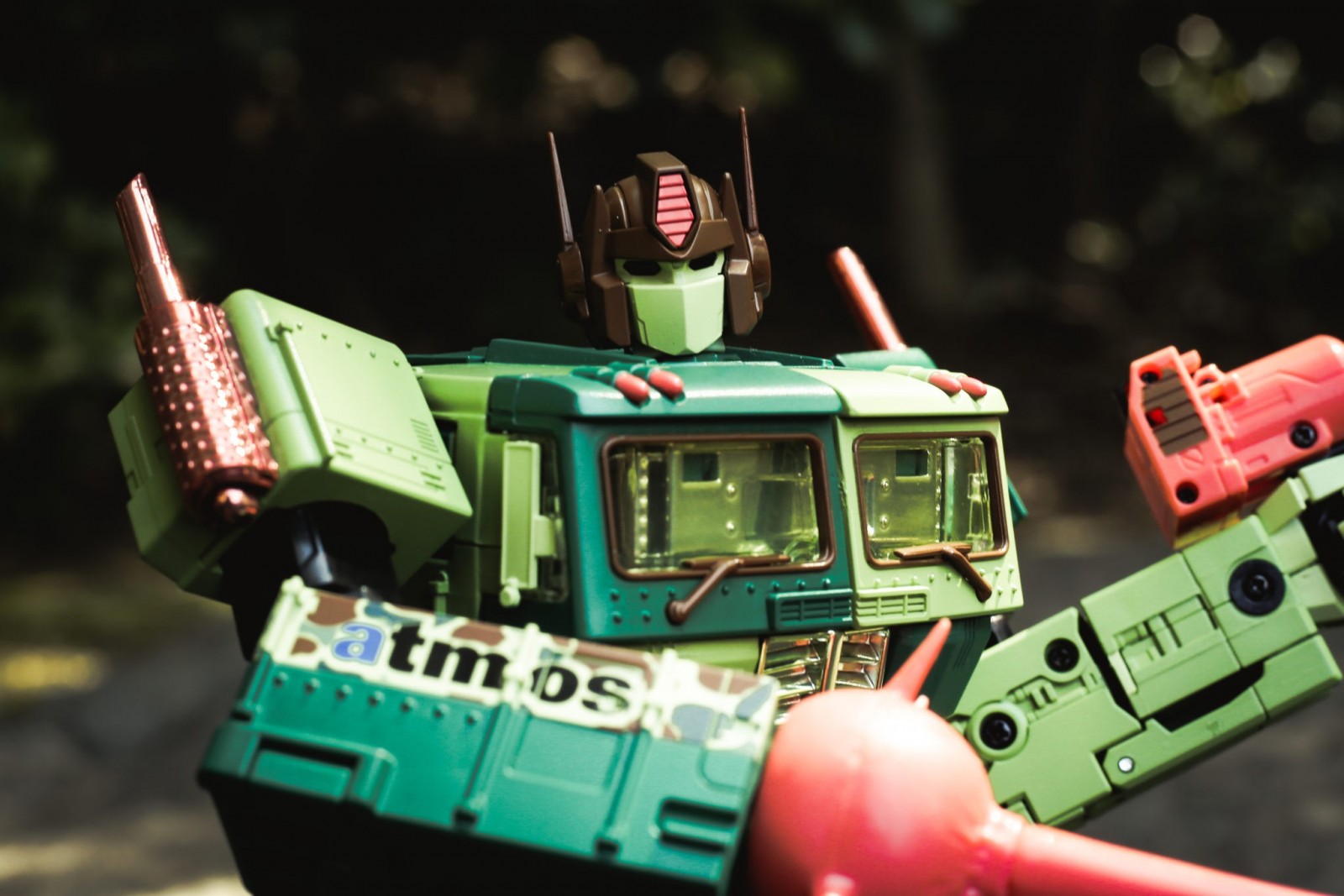 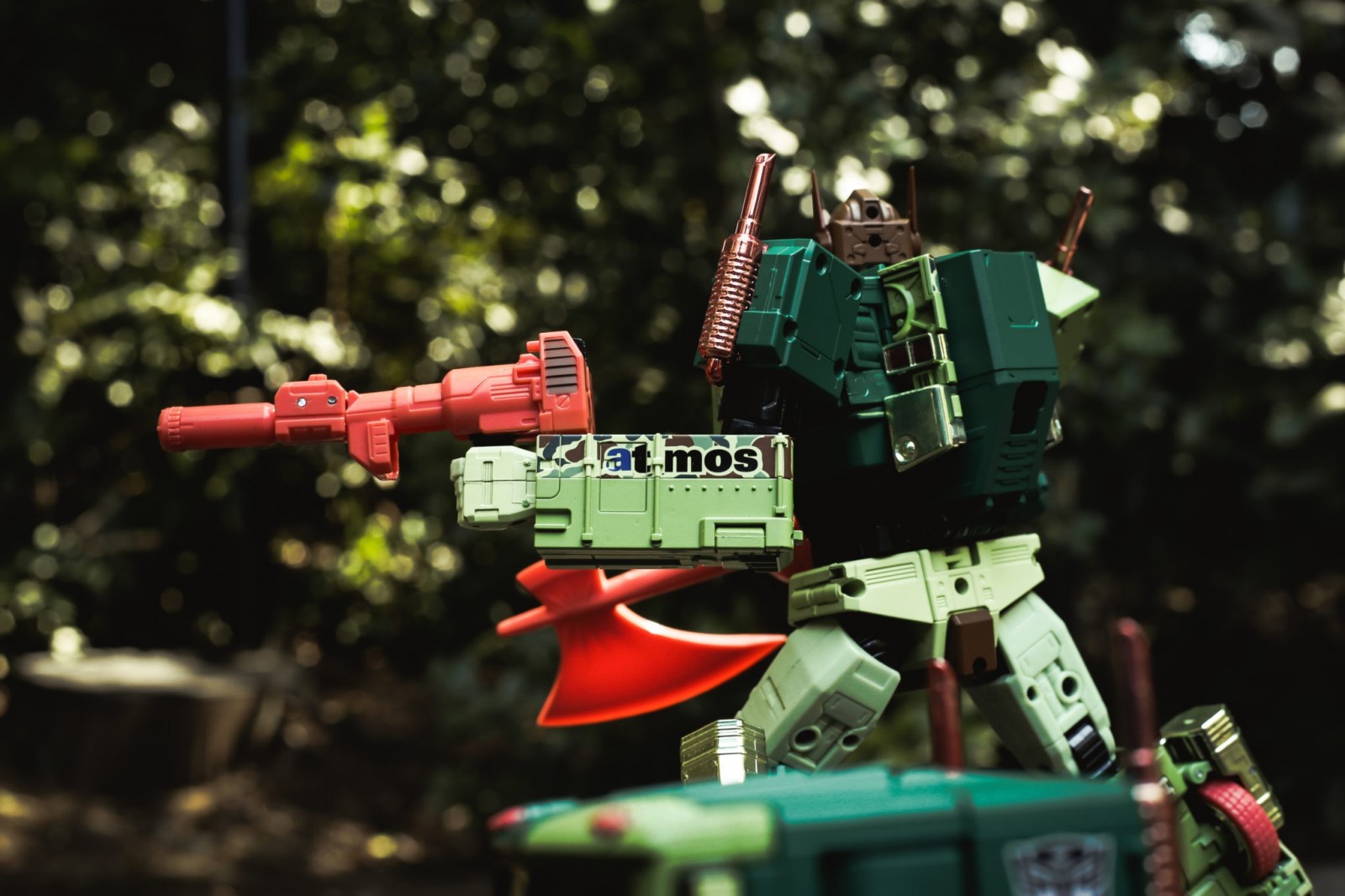