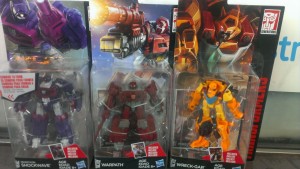 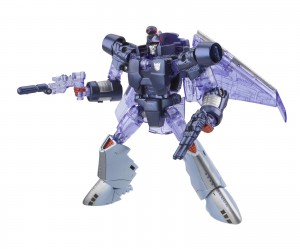 The 2016 Platinum sets have been met with mixed remarks. One of the most anticipated sets, however, is the Platinum set with Cyclonus and his Armada. Of note is the mix of clear plastic to illustrate them being reformatted, a remolding of Cyclonus' hand to have a 5mm port on both hands as well as a brand new Sweep head sculpt from Hasbro.

While this will be a Target Exclusive set in the states, it is already appearing online for whoever wants this set now at the standard Platinum Edition price of $93.99. It is currently available on e-bay by the same store selling the Exclusive LGEX figures. 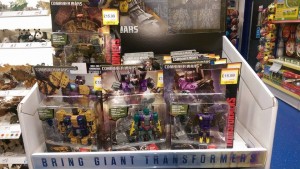 Good news for all you Brits out there! Fellow Seibertronian Mr O has found the 2016 Combiner Wars Wave 1 deluxes, the Combaticons, at Smyth's in Newport, South Wales. The UK has had Wave 2 (SkyReign wave) out for a little while but there was fear that the Combaticons would never show, and there they were for 15.99 £ ($23.38 USD).

Mr O wrote:They were two aisles over from the main TF bit, in a cardboard shelfy-stand. No sign of them where you'd usually look, I found them by accident while searching for a one-year old's Birthday present I'm still not sure we got. 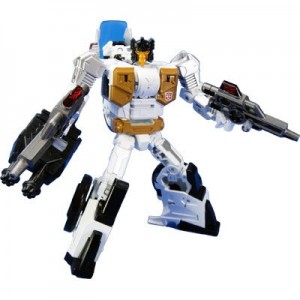 This is bound to change soon so anyone interested in keeping tabs on the available preorders for the heavily sought after combiner wars Deluxe Groove is encouraged to subscribe to this thread for any updates. As of now (May 24th 2:30 pm eastern), here are two places where preorders are still available: 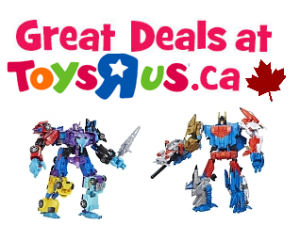 Evening fellow Canadians, tonight we have some new deals to share with you! ToysRus has had new Transformers, price drops, and crazy sales lately but believe it or not that craziness isn't over. It appears (online and in store) that there some deals to be had, primarily with Platinum Editions and Combiner Wars G2 Collection Packs. Take a look at the pic below and follow the link if you're interested. Stay tuned to Seibertron.com: home for the best Galleries and Conversation around! UPDATE: Confirmed the sale is in store too! 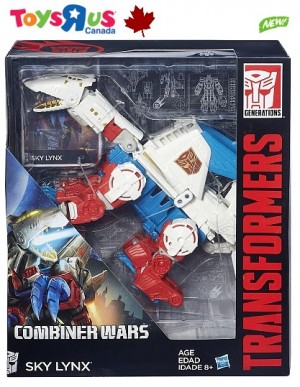 Rejoice Canadians, ToysRus.ca has some new listings! They recently put up some new Transformers Combiner Wars torso's: Skylynx, Onslaught, and Scattershot. These fellas have been kinda sparse on some Canadian shelves, and while they might not be in stock right now keep your eye's peeled for when they are. Also noteworthy, prices have recently been dropped, but there's also a sale going on so hopefully you can take advantage of these savings! See the pics and links below, and stay tuned to Seibertron.com: home for the best Galleries and Conversation around! 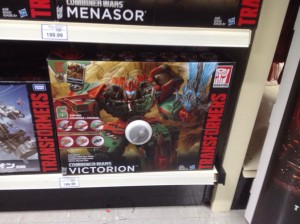 First there were Titans Return Legends, and then there was Titans Return Fortress Maximus, and now as the weekend draws to a close we can report that the girls have arrived!

Thanks to Zommael of OzFormers, Victorion has been found at Toys 'R Us Maroochydore for $199.99AU. 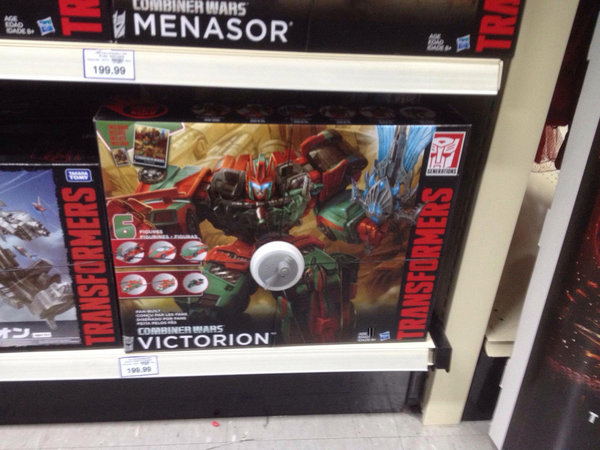 Of course if Maroochydoreis a little too far from home for you, don't grab a plane ticket yet as a number of people on the Transformers Collectors Club Australia Facebook page have also reported finding them in Canberra, Aspley, and Townsville - a good indication that you'll be able to find them at most TRU's around Australia.

Found a new release figure? Then hit up our Sightings section and let us know about it!

Now if you'll excuse me, Burn needs to go sell some more News Crew souls to fund all these latest releases! 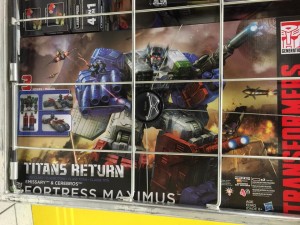 Hot on the heels of Titans Return Wave 1 Legends comes the first sighting of the big bot himself, Fortress Maximus!

Excited that Fortress Maximus is appearing across Australia? Well you might want to either console your wallet now, or wait until the mid-year toy sales or other retailers pick him up as he will set you back the healthy sum of $360 AUS! Want to keep up with, or report your own sightings of Titans Return? Then head to our Sightings section!

Unless you live somewhere that is a barren wasteland for Transformers, in which case we invite you to share your pain in the Brag or cry about your retail Transformers section discussion! 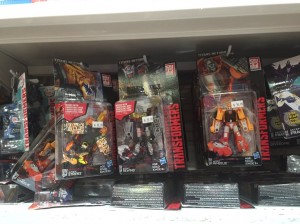 Over on the otca boards, the Australian Transformers fan-site, Seibertronian board admin Burn has pointed us towards a first sighting of the Titans Return Legends class Wave 1, including Wheelie, Rewind and Stripes! The toys were spotted in a ToyMate store for $19.99 AUS each, and you can check out photo proof below.

Make sure to use our Sightings section and database to help out fellow fans, now that a new line is ready to roll out on shelves. 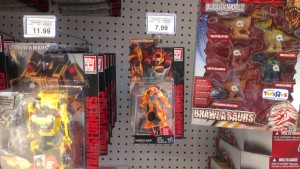 There have been quite a few sightings concerning new toys found at Canadian retail, specifically Toysrus. Here is a rundown of what is now available in stores:

For Robots in Disguise, the latest Minicon 4 pack has been found, featuring the very first weapon minicon.

Speaking of Robots in Disguise, the series 5 Tiny Titans figures are also on shelves: More importantly, Canada has Legends Wreck-Gar now and for only $7.99 cdn. Several Canadians have also finally found Onslaught at Toysrus as well, like Kanrabat, who's haul is below, Downshift and your truly. The great thing is that all these new Combiner Wars releases are at the new low prices with Onslaught being 19.99 instead of 29.99. The bill below is actually of Onslaught and the four Combaticons which have sporadically been on the shelves among the immense restock of wave 4 2015 Combiner Wars figures. Here is a look of what the shelves look like right now.