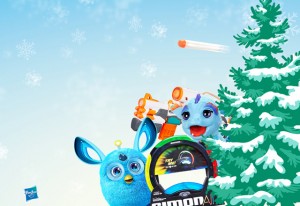 The Hasbro Holiday Gift Guide 2016 is out, and Transformers are most definitely in it! The Robots in Disguise line represents the Cybertronians this winter, with Power Surge Bumblebee and Sideswipe joining a number of other Hasbro properties in a 15% discount with code GIFTGUIDE16. Check out HasbroToyShop.com for more deals and offers, too, right here! 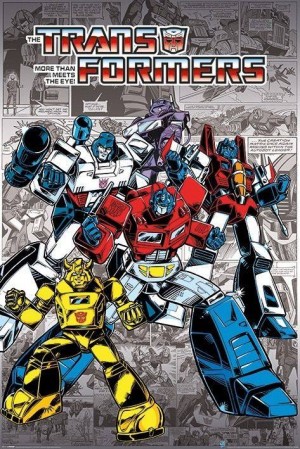 Artist Guido Guidi has let us know via his Facebook page that some new artwork that he has drawn up is now up for sale at Pyramid International! Guidi has called these works "Hasbro Transformers G1 Retro Posters" and they feature Optimus Prime, Bumblebee, Megatron, Starscream, and Shockwave! You can find the new posters by clicking on the link above and you can check out these posters below! The actual posters will size either 40 x 40 cm, 60 x 80 cm, and 61 x 91.5 cm.

Titans Return Deluxes On Sale at US Target Stores 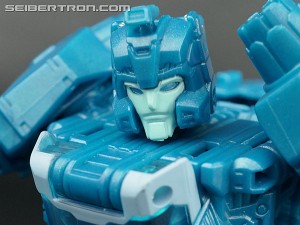 It's November, which means it's the season of sales and deals, and boy have they been coming out in droves. We have another one today, cortesy of Seibertronian Ironhidensh, that pertains to US Target stores. Apparently Target is selling Titans Return deluxes at only $10USD. This might be in preparation for the holiday season, or to clear things out before wave 2 or 3 comes. Check out his photo down below that confirms he picked up Titans Return Blurr at that price. It's currently unknown wether or not this sale is available anywhere else in the world, or even in the United States, as this could be a regional thing, but if you find anything at your local Target, please send it out way or leave a comment here! 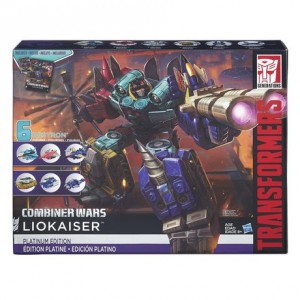 Thanks to multiple sources, we have several outlets where you can now buy the Platinum Edition Combiners Wars Liokaiser Boxset!

First up, for our Canadian friends up north, we bring to you news that Liokaiser is available at Walmart.ca for $149.97. The listing can be found HERE. Up next, we have a reminder that Robot Kingdom has an order open for Liokaiser, as previously reported. Robot Kingdom lists Liokaiser for $109.90 and currently has him in-stock.

Finally, Ebay has several listings up for Liokaiser, the cheapest of which have him averaging around $115 including shipping. We do ask that you be careful with these Ebay sellers though. Make sure to check their approval ratings before you commit to buy.

We will continue to keep you updated on any Liokaiser listings that make their way to us, so until then, stay tuned! 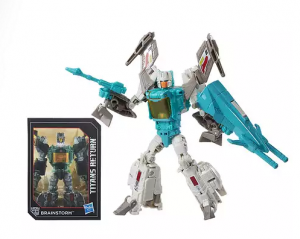 While some of us have been lucky on our toy hunts to Wallgreens and netted the figure, many others have had a lot of trouble finding the shop's exclusive Titans Return Brainstorm, or finding a Wallgreens in their area at all. If you're the latter, fear not; for fellow Seribertronian nycPrime has alerted us to Brainstorm now being available online on Wallgreen's website for $19.99! A retool of Wave 1's Blurr, this deluxe figure has identical tooling to the Brainstorm from the SDCC boxset but with a more G1 toy-inspired colour scheme as opposed to SDCC's accuracy to IDW's MTMTE comics - check out fellow board user Carytehone's pictorial review of the figure for a better in-hand look if you're on the fence about it, and check out the link below if you're interested in buying him! 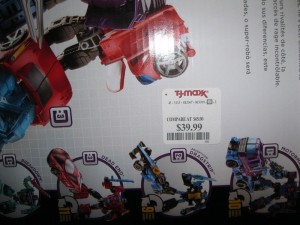 There have been rumors floating about that the Combiner Wars boxsets have started popping up at TJMaxx's across the United States now for a few days, but thanks to Seibertronian Emerje we now have proof to show you that these sets have landed at stores at reduced costs. Emerje found this G2 Menasor set at his local TJMaxx for $39.99, apparently marked down from the "original" $65.00 price. You can check out the image of the price tag below on the back on the box, and you can start searching your TJMaxx's in earnest with a real chance of finding a cheap Combiner Wars boxset! 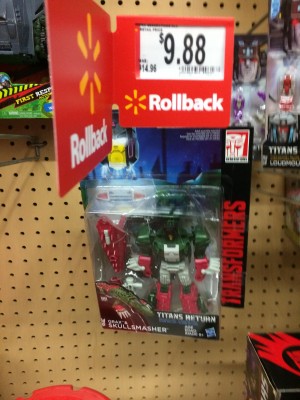 Thanks to multiple sources and alerts from fellow members, we bring to you today information about several different stores offering lots of cool deals on the latest Transformers figures.

First up is a deal from Kapow toys for those living in the United Kingdom. Among the long list of figures currently for sale at Kapow are the Combiner Wars sets of Computron, G2 Bruticus, and G2 Menasor, which are currently going for £75, £70, and £50 respectively. Also included are big sales on Titans Return guys, which include £12 deluxes. There are numerous other deals on older figures as well as Masterpiece figures and Platinum sets, so head on over anc go get yourself some new figures!

Up next are a pair of deals for the United States that at first appeared to be local sales but now appear to be widespread deals. Up first is Walmart, which appears to be rolling back all Titans Return deluxes to a mere $9.88. This has been reported by at least 3 different members in different parts of the United States, so it would seem that all Walmarts, or at least most of them, are rolling back those deluxes. You can find a photograph that was shared to us by member Mangamike that was also confirmed by member Emerje and D-Maximus_Prime for the prices below.

Up next for Americans comes news from Toys R Us, which has started some deals on Transformers that include, among other things, a deal on normally $9.99 legends class dudes now being on sale 2 for $15, saving you $5. The link is below. Also, Transformers Robots in Disguise Warrior class figures are now on rollback to $9.99, down from the regular price of $14.99, and there will be a deal starting October 27 where you can spend $100 and get $10 off your entire order, or you can get $15 off your whole $100 or more order with your TRU card in store. Those images are also posted below.

Also thrown into the random set of deals that is rocking the web right now is news that Combiner Wars Computron is not only available on Amazon, as previously reported, for $80, but it appears Walmart has dropped him down too, as found below.

And to finally wrap up the deals, Hasbro Toy shop is offering a deal of $10 off and $40 or more order on their website using the code "OPTIMUS2016" as well as 20% off orders when you sign up to get email alerts from them, both for a very limited time. You can go to HTS below:

So, now that you have the low down on all the deals going on around you, it's time to Rock and Roll Out to your local stores and see if you can't hunt down some good figures for cheap!

We would like to thank the following Seibertronians and sources for their support in finding all these deals and confirming them as widespread: Emerje, Collectotron, Kyleor, Mangamike, AzT, and D-Maximus_Prime. 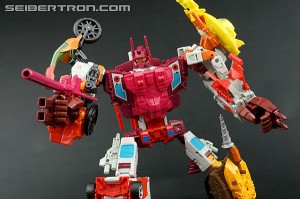 Still looking that that Hasbro Transformers Combiner Wars Computron set? A number of Seibertronians have notified us of a deal over on online retailer Amazon - and their Prime service - with the set going at $78.98, 2 day shipping! If Amazon is not your cup of tea, why not try the 20% discount being offered directly on HasbroToyStore, and not just for the Technobots? The account below comes from TFfan-kev777

I just bought the Hasbro version from Amazon for $79.98 from Amazon with free Prime 2 day shipping. Not sure how long the sale runs or how many are left in stock. I also noticed on HTS that there is a promo for apparently a 20% off coupon code if you register/sign up for their emails (not exactly sure on the details). I was actually going to buy from HTS using the coupon code before I checked Amazon and saw the same price there without having to sign up (the wife already has Prime). 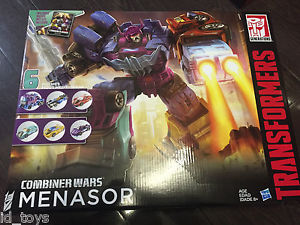 Hasbro Toy Shop seems keen to get rid of some of its older stock. Hasbro Toy Shop is now offering many deals on many different Transformers figures, among which are the G2 Superion and Menasor combiners for $29.99 each. Also included in that list are the Generations Thrilling 30 Nightbeat and Jhiaxus for $4.99 each, Combiner Wars Onslaught and Scattershot for $7.49 each, every Combiner Wars leader for $35.99, all the Combiner Wars deluxes for $13.99 each, and many more! Check out the links below, and hurry up to get your figures! 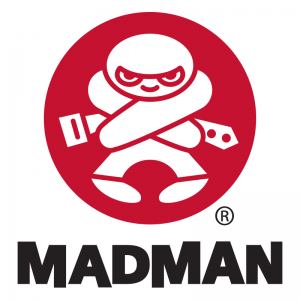