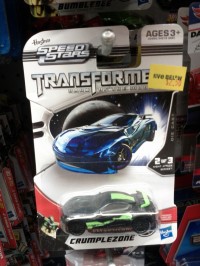 If you were a fan of the non-transforming Transformers Dark of the Moon Speed Stars you might want to give your local Five Below at try. The Hot Wheels sized vehicles are showing up there, $2.50 for singles and $4.00 for the two-packs. These have also been sighted at CVS and Walgreens. You can finally get that DOTM Mirage you always wanted!

Hot on the heels last night's Transformers Prime "Robots in Disguise" Deluxe wave one retail sightings we now have confirmation that the new Powerizers (Voyager) wave one are also out. The Allspark's Rhinox purchased Powerizer Megatron from a Toys"R"Us in Topeka, Kansas. 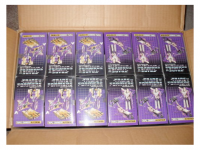 Thanks to Stormrider we now know of a pretty cool bit of news, there is currently an auction for a full case of G1 Astrotrains and Blitzwings dead-stock on e-bay.
Just in case you don't know, a dead-stock is when a warehouse is cleared and emptied and a large amount, usually entire cases of toys are found. And you know what that means, these are genuine factory sealed Astrotrains and Blitzwings from the '80s!
The asking price USD 13,000, which at 12 figures makes about USD 1083 per figure. While the auction itself is way overpriced it is kinda cool knowing that there still is G1 dead-stock out there waiting to be found.

Here's what the auctioneer has to say about the item(s)

What I have today is one heck of a doozy for transformer collectors. In my travels, my business partners and myself came across an auction that had vintage toy deadstock from the 60's to the 80's. In that deadstock was this gem: A case of vintage Astrotrains(6)and Blitzwings(6). From what I can tell, the items appear to have never been removed from the case box although the box was opened for display. This means that these are probably uncirculated pieces that have stayed in storage for the past 25-30 years. Although I have not removed the items from the box myself, I believe that these items are the highest condition possible. On top of this, this may be the last known example of a case of these toys to exist in the world today.

Unlike with the majority of the auctions I run, I am opening this one to the world as a whole. On top of that, I am offering free express shipping with insurance anywhere in the world for the winner of the auction.

I don't think I have to tell anyone that this is a true once in a lifetime item for any collector of Transformers, Hasbro Toys, or Vintage 80's toys.

If you have any questions, don't be afraid to ask!

1/11/2012: Decided to take items out of case and took pictures of each one. These are examples of the front of the box. I have pictures of all 12 and of each side. If you would like to see all 72 pics, send me a message and I will forward you the link to photobucket. Thanks

So every now and then rare or prototypes of unproduced toys hit the internet via auction sites or listings. And well, this time has come once again. This time over at TaoBao, and just like most of the time it's G2 stuff!
Some of the following items have been seen before and are relatively well known to our fandom, other not so much. They are also all sold/offered by the same person who calls himself Bear (something) Palace, sorry, but I just don't know how to replicate or name that symbol. Here's a link to an English translation of his profile.

We have mirrored a few images of each item, should you want to see more images of them, you can just click the item thumbnail in the auctions to see a few more in flash.

So the man has a prototype of the fabled G2 Sandstorm repaint of G1 Ramjet.

He also has what appears to be the rumoured "Black Death Starscream", well it's the Starscream mold in black.

He also has two G2 Protectobots; Blades and First-Aid. 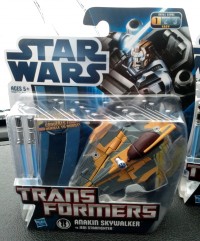 Earlier this week, we reported that the new Star Wars Transformers Class I Wave 3 toys were listed on HasbroToyShop.com. Earlier today, I found all 3 figures at the Walmart in Rolling Meadows, IL. The packaging for this 6 month old class size has already received a face lift. Of particular interest to Transformers fans is the use of a different Transformers logo (which is more similar to the one used for Transformers Prime), and the absence of the "Crossovers" subtitle. You can view larger versions of these images by clicking on the images below. For those of you who use the Seibertron.com toy sightings section, these figures will be added to the toy sightings section later today.

The Class I Wave 3 remolds include the following figures: 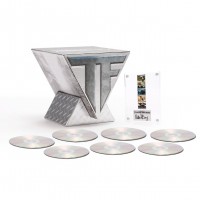 Wallmart.com has posted a pre-order page for the Limited Edition Transformers Trilogy Blue Ray box set.
The set is priced at 89.96 and includes, as the name states all three movies, plus loads of bonus features. Click here to get to the pre-order page! 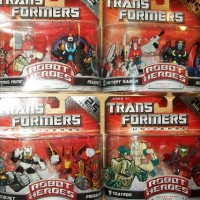