Collider.com has posted an exclusive look at promotional art from Transformers Prime season two, which returns to the Hub on February 18th. Season one ended with Optimus Prime's memory erased back to his Orion Pax days when he and Megatronus were allies. Below we see Orion with his new Deception symbol. Take a look at the art mirrored below.

The Daytime Emmy Award-winning animated series features archrivals Optimus Prime and Megatron as they once again face-off in their legendary battle for the very future of Earth. Season Two takes us even deeper into the mythology of the Transformers as both the Autobots and Decepticons uncover clues relating to secret artifacts of Iaconwhich could not only change the balance of power in the war,but also potentially revive their dead home planet of Cybertron.

So we opened our inbox today to find, that some anonymous source had sent us the first images of the new Transformers Prime Robots in Disguise Revealers Bumblebee figure.
This is an all new Deluxe Class Bumblebee mold, oh yea "Revealers" is the new name for Deluxe Class. It does share a few bits of engineering with the previous "First Edition" Bumblebee, but as you can see that's about it.

And just to compare, the First Edition mold

In this week's Ark Addendum update Jim Sorenson finishes up his models from G1's "Fire on the Mountain" with the backgrounds seen below. As always, swing by Jim's always informative blog Disciples of Boltax for his commentary. 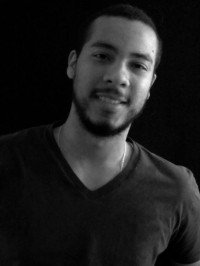 The Transformers facebook page has posted their Tuesday Transformers Prime cast and crew Q&A session. This week we hear from Character Designer Augusto Barranco. The session is mirrored below for those without facebook access.


Anja Pejakovic asks: How on earth did you come up with these many designs and were you assisted in this task in any way? Where did you get some of the ideas for the designs: Starscream with high heels, Soundwave having those thin but wide arms?

AUGUSTO BARRANCO:On this show we are lucky to have a team of five very talented character and prop designers. In the process of creating the character package we all pieced in portions of the design, which range from character rough design, clean 3/4 angle design, orthographic plan views, mouth charts, weapon designs, weapon effect design, transformation breakdowns, color flats, color renders and texture reference. Then comes the vehicle with the same process. When it comes to specifics on character designs, the initial concepts are inspired by the personas and specifics created by the writers along with the history of Transformers lore. It's very important to visualize a diverse line-up of characters, so that the characters have a very unique silhouette and feel very different from every other character. The biggest part of character design is to capture the character’s personality in the design. The viewer should have a quick understanding of what kind of character you're looking at on first glance.


Emilie Beaulieu asks: When it come to character design, do you work from the robot form or the alternate mode first?

AUGUSTO BARRANCO:First idea comes from the script. The script will state the kind of vehicle we'll be dealing with along with the kind of character that needs to be designed. From there we'll jump into rough sketches trying to capture the character's personality in bot mode. Since the characters are in bot mode most of the time, this is the most important in terms of aesthetics. It's like choosing the best actors for your TV show. While that's being done, a vehicle will be designed simultaneously. In the overall process there's a lot of back and forth between bot and vehicle to make sure both have a balanced, agreeable design. When it comes down to it, the bot is started first and is also the last one to be completed.


Brent William Taylor asks: Were you given any specific guidelines as to which previous character versions/styles you were to incorporate?

AUGUSTO BARRANCO:When dealing with the Transformers franchise, everyone has a wish list. When new characters come down the pipeline, it comes with a specific kind of personality (i.e. sneaky, bully, arrogant), which influences design. From the script, the character comes with a certain kind of vehicle and weapon, and from Hasbro we receive a page of designs highlighting iconic items the character is known for having.


Cassidy Klassen asks: Every character in TFP has a very unique eye design: no two are alike. Can you speak to that at all?

AUGUSTO BARRANCO:Cassidy,A lot of the acting happens in the face and within the eyes. We enjoyed making each character very unique. As an artist, we hate getting bored with doing the same thing over and over.


Belinda Nieminen asks: Who is your favorite character and why? What has been the most exciting experience when you've designed Transformers characters? How did you end up to design Transformers Prime's characters and how long you've been fan of Transformers? Are you doing more Transformers designs in future?- Love from Finland

AUGUSTO BARRANCO:My favorite character would have to be Breakdown. He's one character that I handled 100% solo, which also makes him my least favorite. As an artist you always want to improve your work and when it's all done by you, there's a LOT of things you'd like to change and perfect. The most exciting part for me was the day when animation came back after lighting was done. That's when you know for sure you've made the right decisions with color, texture and design. I got started on "Transformers Prime" two years after my involvement with the movie franchise, and with that experience the art director felt like I might have some insight into the process of Transformers, along with some of my other film and animation experience. Being friends with the art director doesn't hurt either. In terms of my future with the Transformers world I'm not sure—only the head Primes know that one.

Augusto Barranco is a Conceptual illustrator and designer in the Los Angeles area. He has been working in the entertainment industry for 6 years since graduating from Art Center College of Design, where he worked closely with many directors to produce short films and commercials as a production designer. After graduating college with a bachelor’s degree in fine arts, he jumped into the film industry as a conceptual artist for many studios including Sony, Dreamworks, ILM, Paramount, NBC, Warner Bros, Imagi, Rhythm and Hues, Titmouse Animation, Obsidian Entertainment and now finally Hasbro Studios.

We have some additional information on the Transformers Prime solicitations that appeared earlier this month courtesy of Full Metal Hero. It appears the Voyager size figures with the light-up features are known as "Powerizers". They've also posted images of the new "Bot Shots" figures. Lastly it sounds like the UK can expect the Transformers Prime line to launch ahead of schedule in February rather than the previously reported March. Images and pricing info mirrored below.

Courtesy of HK-TF we have some additional in-package images of the upcoming Transformers Prime Cyberverse wave one figures. Seen below we have: 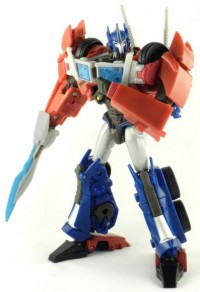 UK based Transformers fan site Transformers at the Moon have posted that the Transformers Prime toy line is now confirmed and has a set launch date in the UK. The date is March 2012.
The line will not only include the toys we already know off, but also a number of other items:


Furthermore Hasbro UK will be supporting the line with the following:


The toys will also bee shown off at Toy Fair in Nürnberg, don't get too exited, that event is not open to the public but only to merchants.

For the rest of Europe, we can guess at a release date close to that, maybe even at the same time.

Transformers at the Moon also has scans of the magazine, which you can view by clicking here or the following image.

The Seibertron.com galleries swing back into the world of Transformers Prime. This update includes the fan favorite Autobot with very little screen time Cliffjumper and an army builder on many fans wishlist Vehicon. Get ready for season 2 of Transformers Prime premiering February 18 on the Hub by checking out and clicking on the galleries below.

Wham, Bam, Transform! Monday starting at 2pm ET, it’s a special marathon of your favorite heroes on The Hub: Transformers Prime and Batman: The Animated Series. Which of Batman's gadgets would make the best Transformer? The Batmobile? The Batplane? 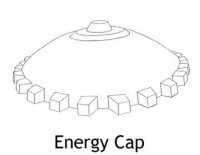 After a two week hiatus Jim Sorenson has resumed his Ark Addendum updates over on his blog, Disciples of Boltax. Below we see some of the animation models and backgrounds from the G1 episode "Fire on the Mountain". The models are mirrored below, visit Disciple of Boltax to read Jim's thoughts on the episode.