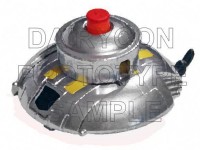 
Staffers with Dairycon confirmed today the Third Exclusive Reveal for the 2012 Show:

First hinted at in the Dairycon 2011 'Changing Steers' storyline, Cosmoo is the ultimate moocher- it's his actual function!

Profile: Truly a waste of good dairy air. Cosmoo is the biggest moocher what roams the fields of Dairyland. Always borrowing money, weapons, energon, tools, grills, silverware, CDs, lawn chairs, etc and never returns them. No one knows where he actually lives in Dairyland, because he is always living off someone else. He shows up at all the Dairyland parties and functions, eats everything up, and leaves.

Abilities: Able to talk anybody out of anything. Excellent con man with great negotiation skills. He has heff-mounted weapons that he never paid for. Rumor is that they are aftermarket knock offs. Excellent poker player and fish cook.

Weaknesses: Due to lazy life style and over consumption, he has put on a lot of weight. Behind on his rent, credit card payments, and owes everyone in Dairyland something. His short, portly, inactive physique makes him produce excessive amounts of menthane, causing a bad body odor. Allies and adversaries alike keep their distance. Bad dresser. Since he has lived off the Dairyland's public dole, he has no actual experience with anything. He likes getting together with Steers and Heffer, and tell big lies about how good he used to be.


Like BARN, and the previous Neo Knight Reveal, Cosmoo will be an Exclusive at the Dairycon Convention.

On top of that, we've been told that "This isn't the end of the reveals!" & to "Stay tuned, as at least Four More Exclusives are on the way!"
That gives us a total of 7 exclusive figures for this year's event!

Why spend thousands of dollars to go to a show, when you can go to one that's free?

Dairycon! A Convention of Our Own!

Tired of your favorite character not getting into other award ceremonies? Us too! Have a look at the Alcove of Honor Contest! Choose one of our favorites, or pick one of yours! Fan voting, the way it was meant to be -funny, and fun! Winner to be announced at Dairycon 2012!

In our efforts to bring you continued content, please enjoy this parody advert for our one of our more recent additions to the Dairycon Line-Up, the "Dairycon Costume Contest"!

Burn wrote:FunPub could learn a lot from this.

Delicon wrote:A lot of people bash FunPub for some of the figures they put out and while I think a lot of it is unfounded, I still wish they would deliver cool G1 molds like this. I think I'm going to ask that at the panel this year.

Do you really want that though? I know I don't. I love G1 and always will but reissues fill that void for me. The club can keep doing Classics styled homages forever as far as I'm concerned. Bear in mind, the Dairycon stuff is all hand made kitbash work. There's a G1 Cosmos under that paint.