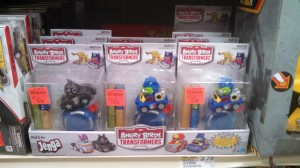 Good evening fellow Seibertronians, I hope you're ready for some obscure new toy sightings. The Angry Birds Transformers Jenga single packs have been found at US retail, at an Ollie's Bargain Outlet in Raleigh, NC. Each set was marked at $4.99, and the assortment consists of Angry Birds versions of Galvatron, Lockdown, Soundwave, and Heatwave. Each set also includes some Jenga blocks to build up, run your bird into, or even destroy in a rampage. 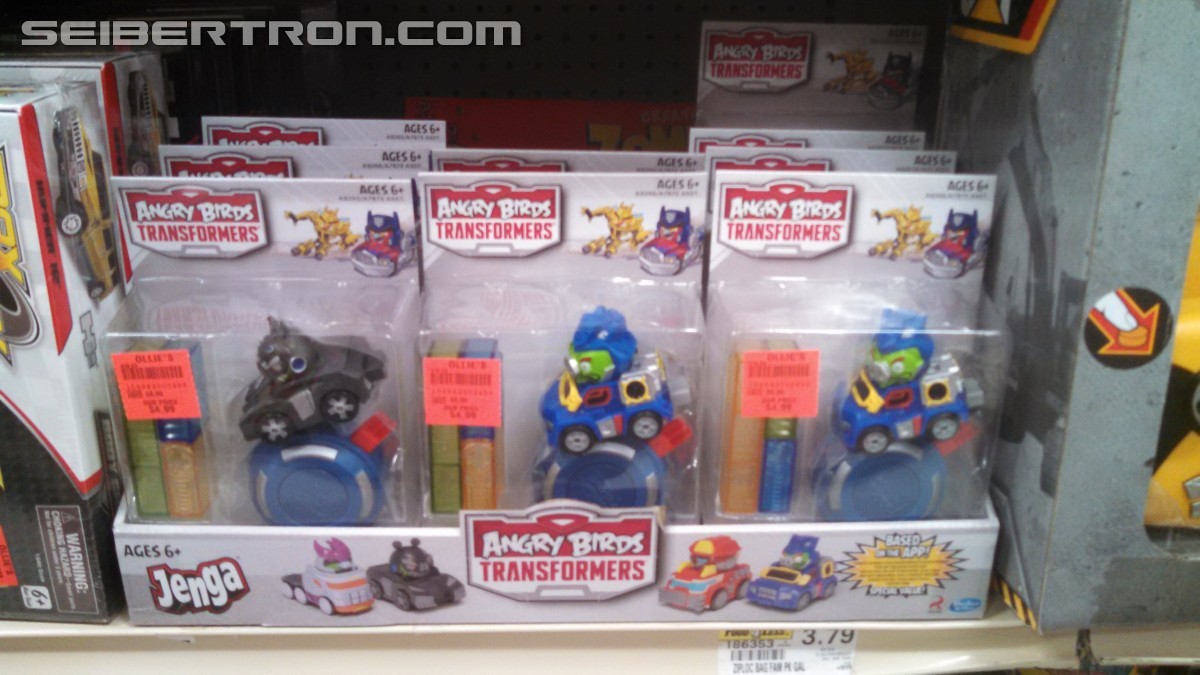 
Keep on impulsively refreshing our homepage (because who needs to go outdoors when all the cool toys are indoors) for the latest and sometimes weirdest Transformers news here on Seibertron.com.

Me too. They sell out all the time at my TRU. Prety much anyone who plays the games would be up for buying these, if you are asking about a viable market.
Re: Angry Birds Transformers Jenga Toy Single Packs Sighted at US Retail (1705345)
Posted by Va'al on July 2nd, 2015 @ 5:06am CDT
Previously, in Angry Birds Transformers news... we reported on the sighting of single pack Jenga items. Site owner Seibertron has also pointed us towards Walmart.com, which seems to have re-stocked on a number of these, and has now listed as available the Galvatron and Heatwave packs specifically. Follow the links below to purchase yours, if so inclined!

Re: Angry Birds Transformers Jenga Toy Single Packs Sighted at US Retail (1791005)
Posted by Hellscream9999 on May 19th, 2016 @ 10:25pm CDT
Hoo boy, has it been a while, well fellow Seibertronians, time to dust off this thread with a necro-post of the gallery kind. Remember the transforming Angry Bird figures that showed up in stores and sold out in weeks? Well, with the Angry Birds movie coming out in theaters tomorrow, now seems like the opportune time to soak in the cheesy, crazy goodness that is the Wave 1 Angry Birds Transformers Telepods. Wave 1 includes Autobirds Optimus Prime Bird, Bumblebee Bird, and Heatwave The Fire-Bot Bird as well as Deceptihogs Galvatron Pig, Soundwave Pig, and Lockdown Pig, so check them out and let us know what you think of them in the comments below.