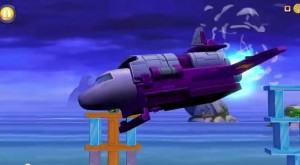 Rovio just uploaded the Angry Birds: Transformers Official Gameplay Trailer to their YouTube channel showing off the run and gun sidescroller in all it's glory. Angry Birds Transformers rolls out on iOS October 15 and on Google Play October 30! Check out the video embedded below for your viewing pleasures and remember keep your optics tuned to Seibertron.com for the latest in news and updates, plus the best galleries around!

I had just assumed this was going to be like Star Wars Angry Birds: just the same old Angry Birds game, but with the Transformers license applied. I had no idea it was totally different gameplay.
Re: Angry Birds: Transformers Official Gameplay Trailer (1608669)
Posted by Madeus Prime on September 25th, 2014 @ 10:32am CDT
It's terrifying to think that this game looks a hundred times more fun and entertaining then the box-office breaker movies.

It's redeco of Megatron Pig, but still. I'm surprised he's in this at all.

there needs to be deluxe and voyager class figures for this game
Re: Angry Birds: Transformers Official Gameplay Trailer (1608810)
Posted by bumblebeej8 on September 25th, 2014 @ 5:38pm CDT
Did anyone notice Jazz!
Re: Angry Birds: Transformers Official Gameplay Trailer (1610471)
Posted by Va'al on October 2nd, 2014 @ 2:56pm CDT
While not directly Transformers related, the following news concerns Rovio, the company behind Angry Birds and the recently released Angry Birds Transformers multimedia (game; comics and toys hitting soon). According to their CEO Mikael Hed, writing on the Rovio blog, the company is being reshaped, though not for negative financial reasons - leading to the loss of 130 jobs. Read more here and below.

We work in businesses that are so fast moving that the only constant is change. At Rovio we have always been innovative and forward-looking, and to succeed we need to be the best at adapting to change.

We are an entrepreneurial company and have been exploring multiple areas. We have been building our team on assumptions of faster growth than have materialized. As a result, we announced today that we plan to simplify our organization around our three key businesses with the highest growth potential: games, media, and consumer products. Unfortunately, we also need to consider possible employee reductions of a maximum of 130 people in Finland (approximately 16% of workforce).

It is never easy to consider changes like this, but it is better to do them sooner rather than later, when we are in a good place to reignite growth.

At Rovio we live to delight our fans. This year we have more launches and news than ever. As we consider these painful measures, we keep our eye on always delighting our fans with products they love.

Re: Angry Birds: Transformers Official Gameplay Trailer (1611125)
Posted by Zeedust on October 5th, 2014 @ 3:18pm CDT
So, dinosaurs evolve into birds, and then this bird becomes a dinosaur again?

Anyhow, having a dinobird mode and a bike mode but no humanoid robot mode is an interesting choice. I can only think of two other beast/vehicle Transformers, Underbite from the upcoming RiD series and G1 Sky Lynx.
Re: Angry Birds: Transformers Official Gameplay Trailer (1611566)
Posted by roughhouse on October 7th, 2014 @ 10:30am CDT
Looks kinda familiar 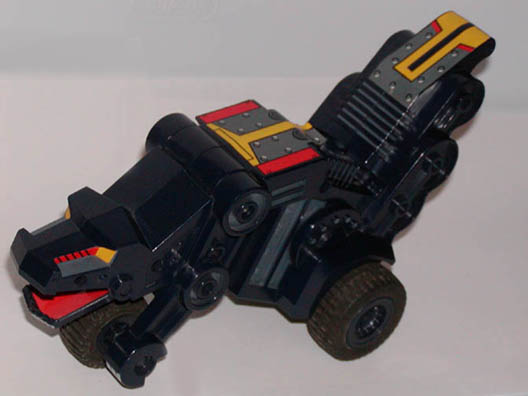 Re: Angry Birds: Transformers Official Gameplay Trailer (1612861)
Posted by Va'al on October 10th, 2014 @ 12:54pm CDT
The official Transformers Facebook page have shared a Spotify playlist which features the original soundtrack for the Angry Birds crossover game - composed by none other than Transformers veteran Vince diCola, as we first heard in the Sunbow-tastic trailer! Check it out by following this link, and find out more below.

Rovio’s latest game, Angry Birds Transformers, boasts one killer soundtrack. You may notice that the tunes in the game sound similar to those from Transformers: The Movie. That’s no coincidence! Rovio teamed up with Vince DiCola, who composed the music from the 1986 animated feature, and music industry vet Kenny Meriedeth, who infused the tracks with the tasty analog synth sounds that defined the '80s! Give it a listen for yourself!

Galvatron is as smart and strong as any of the Deceptihogs, and he knows it! His devil may care attitude and disregard for authority makes him the outlaw of the bunch. He’s also a deadeye with his laser arm cannon. Nice shootin’ Tex! One day he may even be ...The King (Pig)…?

Re: Angry Birds: Transformers Official Gameplay Trailer (1613681)
Posted by Madeus Prime on October 13th, 2014 @ 6:45pm CDT
Loving these, it's very depressing to think that this looks more entertaining then RID15 though. Thanks Va'al!
Click here to view additional comments about this topic at the Energon Pub Forums ...