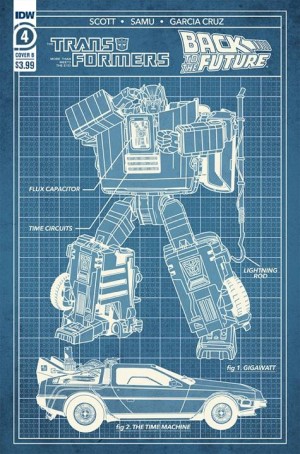 Greetings Seibertronians! For those who are collecting the Back to the Future Transformers crossover, we have a treat for you!

From the folks over at PreviewsWorld, we can see what the B Cover of the crossover's finale will look like! This Cover shows Gigawatt on a blueprint background, doing the famous Back to the Future pose. The Cover was created by artist Phil Murphy. 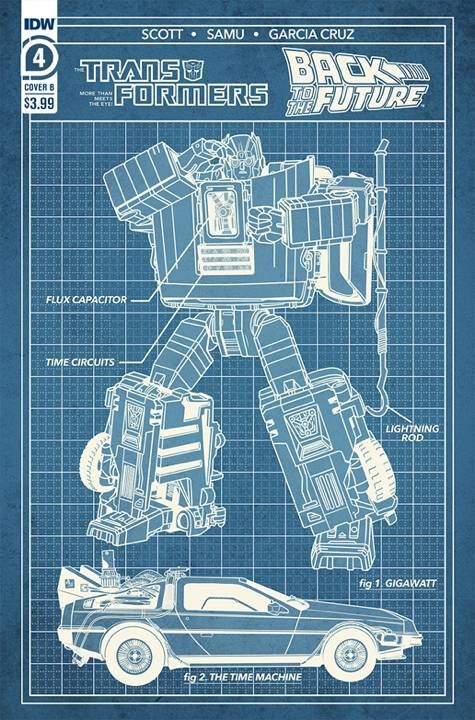 That's not all though, as the artist of the RI Cover (Retailer Incentive), Dan Schoening, has revealed it to the world. This Cover shows Marty McFly rocking out as the assembled Autobots (plus Doc Brown and Einstein the dog) watch on. 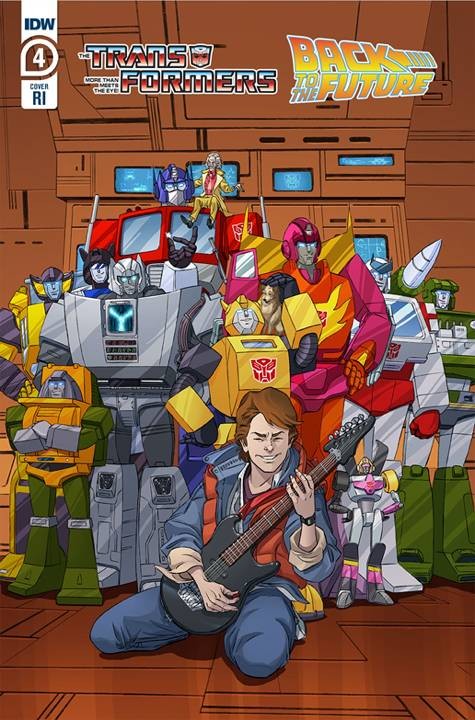 The issue is due for release May 19th, but don't forget you can pick it, many more issues, up from the Seibertron Store, stocked up with all the best Transformers Comics.

Here is the credits and description for this issue:

Outmatched by the Decepticons, running on empty, and on the ropes, Marty McFly and the Autobot Gigawatt show why nobody calls them chicken! Will the final confrontation be in Marty's future, or will he and his companions make it back to fix the timestream before the Decepticons win? Find out in the heaviest issue of the whole series!

Have you been reading this issue? What do you think of this series? Has it made you want to get Gigawatt?