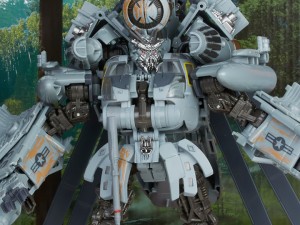 --------------
NEW PRE-ORDERS
--------------
YO JOE! Your favorite characters from the G.I.Joe: A Real American Hero animated series are joining the Ultimates 7-inch scale figure line from Super7! These highly articulated, deluxe 7” scale figures highlight some of the most memorable characters from G.I.Joe: A Real American Hero. Duke, Snake Eyes, Cobra Commander, and the Cobra B.A.T. Tyris Flare is the former princess of the Firewood Kingdom, has joined Storm Collectibles' line of figures from Golden Axe! From the final season of Star Wars: The Clone Wars, Ahsoka Tano is joining the ARTFX lineup! That's not an alien, it's Mr. Burns! As seen in the 1997 Simpson's episode The Springfield Files, Mr. Burns is bringing some love to your Funko Collection with this Glowing Mr. Burns Pop! To celebrate the 90th anniversary of the acclaimed silver-screen classic Frankenstein, NECA announces the triumphant debut of Universal Monsters in its Ultimate action figure line! Featuring the official likeness of Kurt Russell, the Ultimate Outpost 31 Macready figure stands approximately 7 inches tall and is fully articulated. This full-size replica of Batman's signature gadget, the Grapnel Launcher, comes from the extraordinary and beloved Batman: The Animated Series! Pirates of the Caribbean's Davy Jones and The Merciless from Dark Nights: Death Metal have joined the Dynamic 8ction Heroes series of figures. 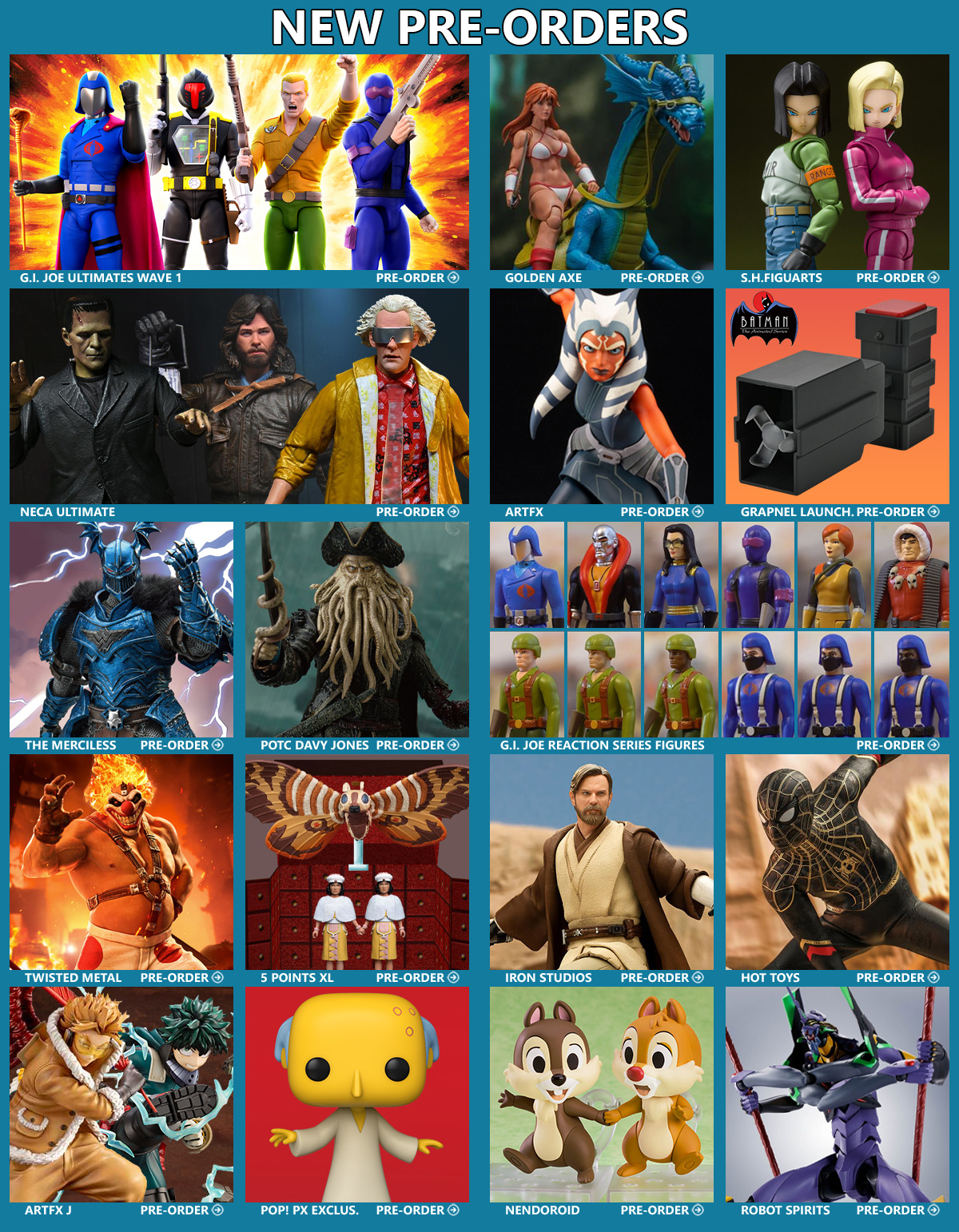 ------------
NEW ARRIVALS
------------
The screen-inspired reproduction Mandalorian helmet features a removable tactical light, as well as dual red interior lights that can be activated while the helmet is upside-down. Also features interior padding and an adjustable fit. It's a thrilling time to be a Masters of the Universe fan! For longtime fans and for a new generation of kids who love action and adventure, it's time to discover the thrilling action and adventures of He-Man, Skeletor, the secrets of Castle Grayskull and so much more! Following the universe-shattering events of Dark Nights: Metal, the Earth is enveloped by the Dark Multiverse and has transformed into a hellish landscape twisted beyond recognition. Collect all the figures from the Dark Multiverse to build Darkfather. Wonder Woman joins the S.H.Figuarts line up! With gorgeous, new gold armor, this figure includes a stand for dynamic poses. The Studio Series 73 Leader Class Transformers: Revenge of the Fallen-inspired Grindor figure converts from robot to Sikorsky helicopter mode in 46 steps. The iconic Velociraptor joins the 6-inch scale Amber Collection of figures featuring dinosaurs and characters seen in the original Jurassic Park movie! The Red Yashaman joins the Pocket Elite series by Damtoys as a 1/12 scale customizable action figure body! 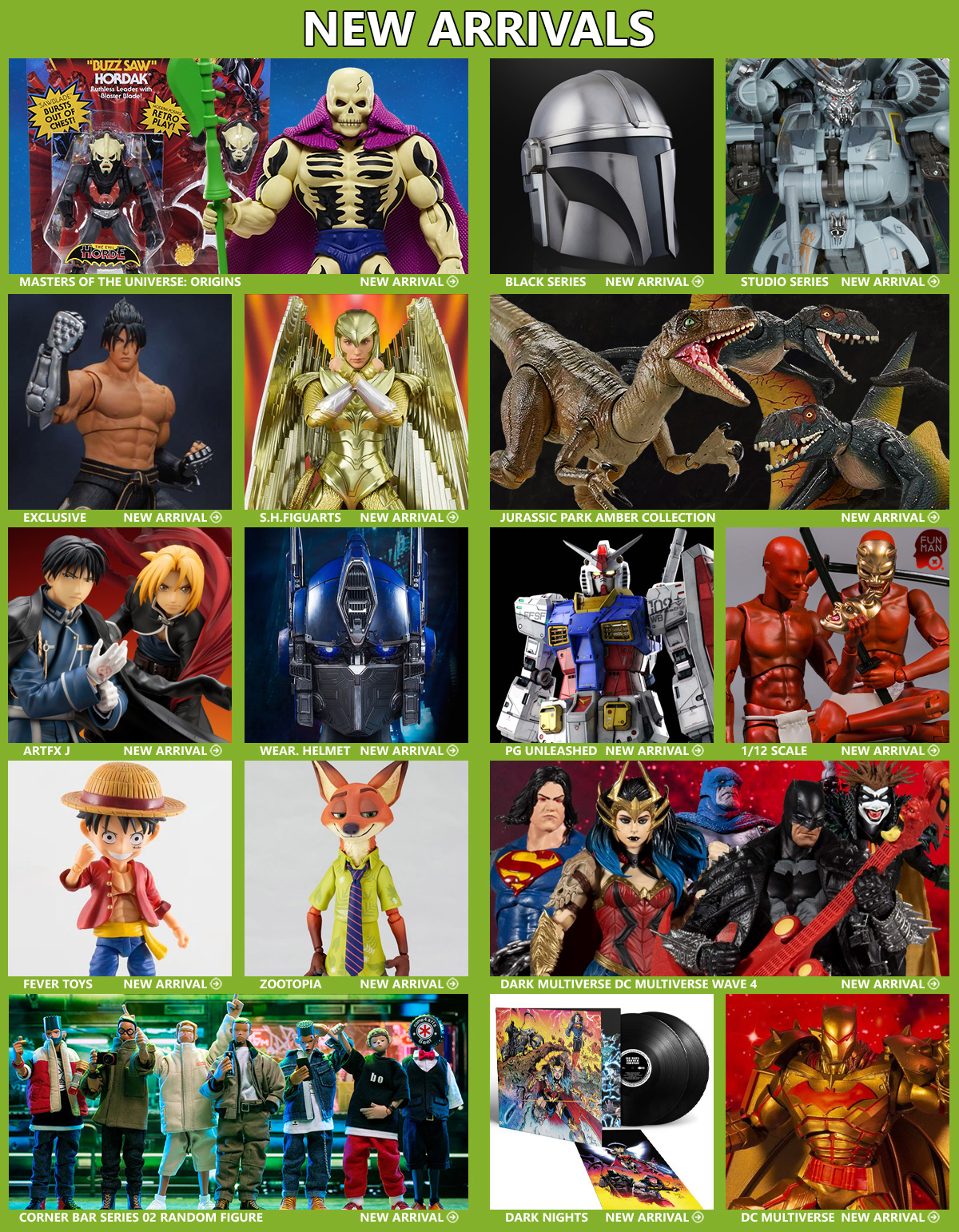 Best Look Yet at Optimus Prime's Truck mode in Transformers 7

Transformers Masterpiece MP-55 will be Nightbird

Transformers Buzzworthy Origins Bumblebee Found in the US