Central Canada Comic Con sent us an email earlier today to let us know about a few Transformers related guests that will be attending their convention this year. According to the message we received, comic artists Alex Milne and Andrew Wildman will be in attendance as well as actor Ray Park (Transformers 3, GI Joe, Star Wars, X-Men). In addition, the Manitoba Transformers Fan Club known as "Iacon North" will once again have a booth. Apparently more Transformers guests are still to come (if all goes as planned). Stay tuned for further details.

Central Canada Comic Con will take place later this year during Halloween weekend which is October 29th, 2010 through October 31st, 2010. Tickets went on sale earlier this month which you can purchase here. 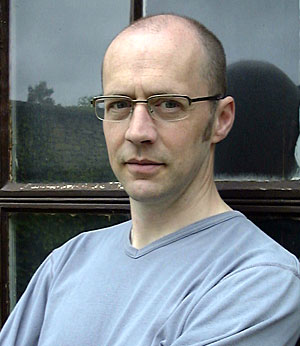 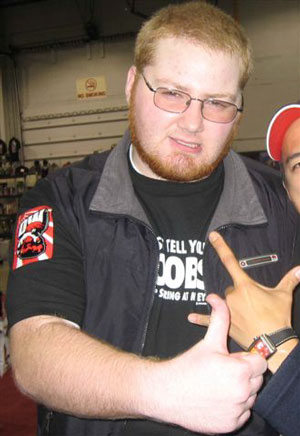 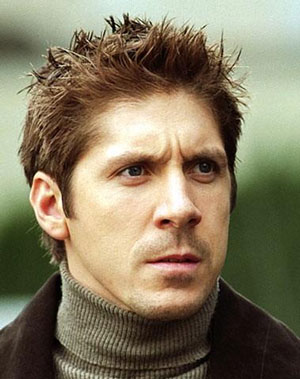 I'll be sure to keep Seibertron.com posted as more guests and events and fun stuff is announced.

Lee Tockar has voiced hundreds of different characters during his career including Beast Wars Ravage and General Ramhorn of the Tripredicus Council!

In addition to his work on Beast Wars one can currently hear Lee in shows like The League of Super Evil(Doktor Frogg), Johnny Test(Bling-Bling Boy), George of the Jungle(George) and many more.

Come out and meet Lee at C4 this Halloween!

As well I should mention that the cover art for the C4 program covers will be done by Alex Milne!
Re: Central Canada Comic Con guests: Alex Milne, Andrew Wildman, and Ray Park (1118005)
Posted by Robimus on August 26th, 2010 @ 10:26pm CDT
Andrew Wildman's Charity, Draw The World Together, is starting its celebrity auction today! Procedes go to helping children in third world countries in numerous ways. Be sure to check it out.

http://myworld.ebay.co.uk/drawtheworldtogether
Re: Central Canada Comic Con guests: Alex Milne, Andrew Wildman, and Ray Park (1125200)
Posted by Robimus on September 16th, 2010 @ 12:55am CDT
C4 has added an Exclusive Comic Cover for Drift #4 by artist Alex Milne, who is also doing our Program cover as well. Marvin Mariano has also been added and is another guest with Transformers ties.

So we've had a bunch of recent changes to the guest list. The additions of Rebecca Staab and Marvin Mariano as well as the unfortunate cancellations of Kevin Sorbo, Marc Wolfe and Sal Abinante. Here's the current lineup:: I got a couple prints and commisions from Alex Milne inlcuding an Awesome sketch of Deadlock on the back of my exclusive Drift #4.

Andrew Wildman did an awesome sketch of Prime for me, and a sketch card of Jazz with no mask

Marvin Mariano, Hasbro Concept Artist, gave an awesome presentation(complete with pictures) about his work in Transformers Hasbro, from how he developed Obsidian and worked on Beast Machines, to Transtech to the current Star Wars Transformers. I got a few prints from Marvin and a lot of awesome info.

Voice Actor Lee Tockar was an awesome guest. He's so much fun and seemed to have a great time at the Con. He signed a Ravage print for me and a Dr. Frogg print for me daughter.

And I got G1 Pounce, G1 Runabout, Power Master Prime and a few more. All in all it was a great time.