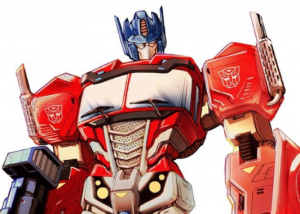 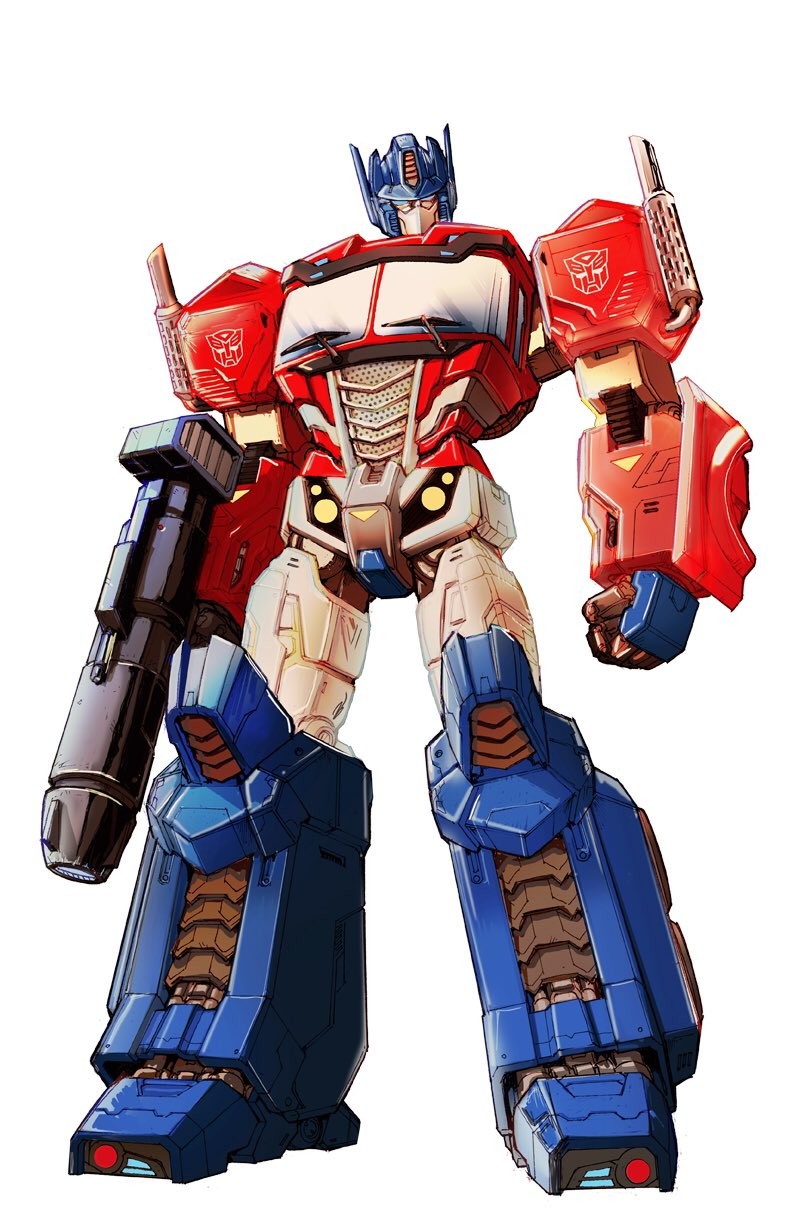 Synopsis
THE RETURN OF GALVATRON THE BARBARIAN! Optimus Prime meets with Alpha Trion, the ancient sage, who reveals a tale of Cybertron's earliest days, when the original Thirteen Primes united the world. But even then, the warrior known as Galvatron was a wild card... shaping the future in unexpected ways. 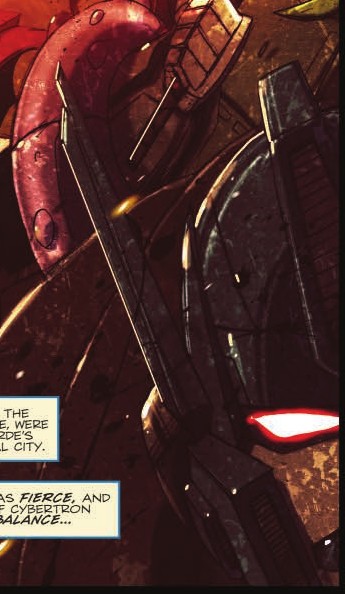 It's been a while since Galvatron died, pretty much for good, in this IDW continuity - so it only makes sense that we'd be going into a flashback involving him to gather some more information about the shape of the universe as we currently know it, before stories became lore, and before lore became fully-fledged belief. So here we are.

The Primes from the Aligned continuity have been making their way into this side of Transformers fiction, between Till All Are One and references to them in previous xRID and The Transformers series - but this issue brings them all back together for the first time - before they're even considered to be what we know them to be, and in a way that John Barber finds that is actually really delicious. 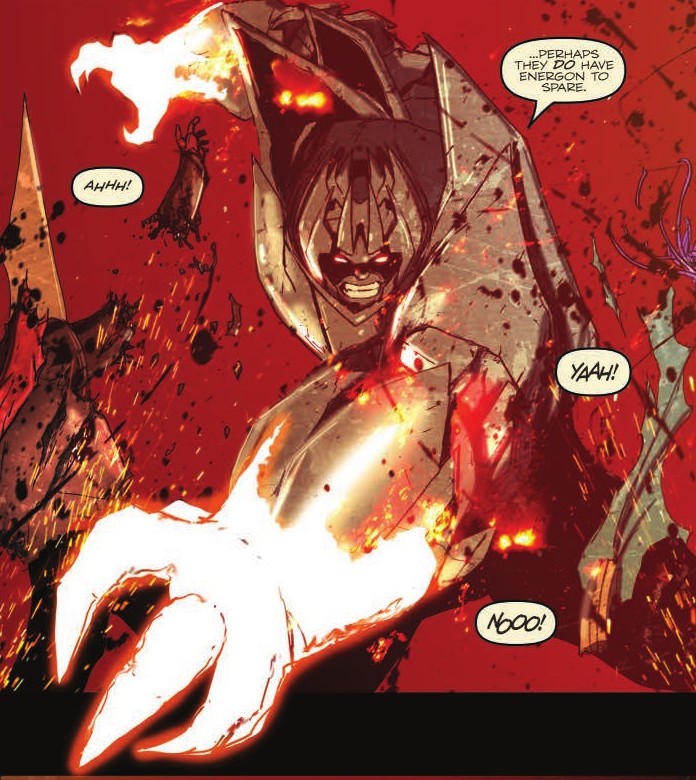 The framing of the story - told by Alpha Trion to the current three Prime or, let's face it, equivalents (Starscream and Pyra Magna) - also may look like nothing major in terms of plot, but we do get some follow-up to last issue's emotional resolve, and finally the lead-in to First Strike (see our review here and here!). And it also allows for some extra sassy Alpha Trion and Starscream. 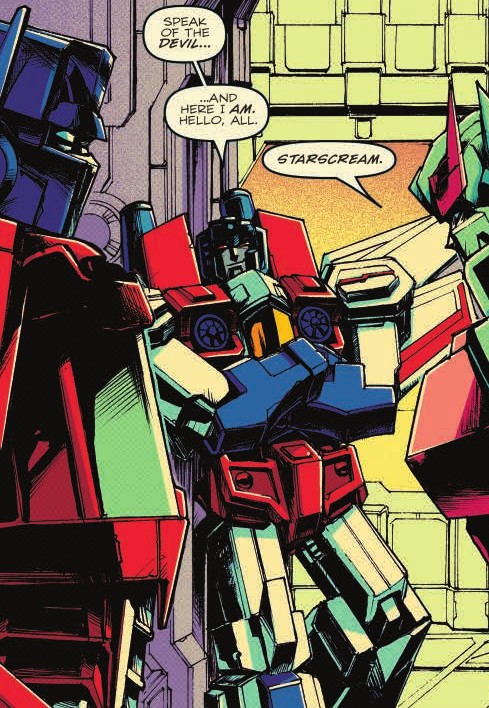 Galvatron, in fact, is not the most prominent of the characters in the book, thought clearly at the centre of most of the action here - if you take it as a way in to what is happening around both him and his brother seen in the preview - but trust me, there is a lot to be enjoyed in barbarian style if that's what you're going for in the issue.

The art duties are split between current day setting - in which regular Kei Zama and Josh Burcham team take the lead, and doing some really nice work on characters we haven't seen in a while, but also giving us a very nice Starscream in the mix. The staging of the frame does everything it needs too, especially in tone. 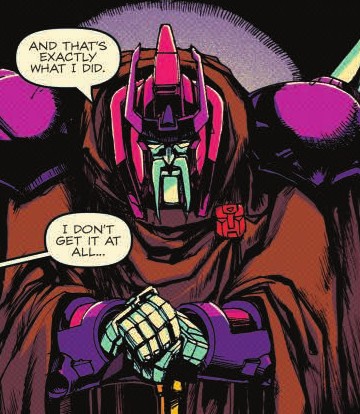 Whereas the olden days of pre-Thirteen Primes Cybertron are entirely in the hands of recurring artist Livio Ramondelli, whose grainier style of colouring on his own lineart is actually extremely fitting to the landscapes that surround the cast of the 'flashback'. His takes on the Primes are also very intriguing visually, though I'm still not utterly convinced on all the designs. 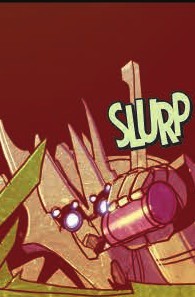 Tom B. Long is on letters for both the sections, though the most fun is had in the central part of the book, between battles and the now trademark wider scope for him to use lettering within Ramondelli's art almost as part of the art layer itself. As for the various covers for the issue, most of which we have already seen, they can be found here - and enjoy the Andrew Griffith / Josh Perez used in the thumbnail of this story, too.

As someone who works with stories and has taught writing and has had a fascination with myth-to-fact/fact-to-myth narratives, Barber's approach to this issue is really intriguing to see play out - and using the still not entirely trustworthy Alpha Trion as the vessel for it all is probably the best choice that could've been made - along with having specifically Optimus, Pyra Magna and Starscream as his audience.

probably the most important panel of the whole iss-- hey Talisman

For the readers, on the other hand, that may be more interested in the Galvatron style of stories we've seen in previous sections with the purple maniac so far, there is also plenty of that (visually and narratively): action, beheadings, struggle, precarious balances and long-reaching plans are not being shied away for the sake of story. A shame, perhaps, that it ends directly into First Strike.

But with an intriguing nod to a character that has pretty much always been present.

This is a first for me because I have always been more of a fan of John and RID/TF/OP than the other books but man I really didnt't like this one. It felt like it could have been a 2 parter or even an arc like Shadow Play and instead it felt like an recap of a story arc that was already told. Just wasn't a fan.i liked the Beast Wars Megatron and Optimus primal cameos though.
Re: Clean cover art for Optimus Prime #11 by Andrew Griffith (1907543)
Posted by Va'al on August 30th, 2017 @ 12:42pm CDT
It can definitely feel compressed, I'll agree with you on that - but I felt that having Trion being basically in the dark about everything Onyx was doing was a nice, different way of addressing his character in general (reversal of roles if you will).

But the compression also leans on Trion's characterisation so far, as well as perhaps being a bit too fast due to First Strike arriving. So all in all, they really did the best they could create for this story with this timeframe, I think!

(As a sidenote, I got some interesting Rat Queens: Braga echoes in the story too, with Arcee.)
Re: Clean cover art for Optimus Prime #11 by Andrew Griffith (1907565)
Posted by ScottyP on August 30th, 2017 @ 1:30pm CDT
If anything, I'm glad this cemented (sort-of) the lineage of some of these figures. Do I have this right? Going off the top of my head, may not.

ScottyP wrote:If anything, I'm glad this cemented (sort-of) the lineage of some of these figures. Do I have this right? Going off the top of my head, may not.

That does look fairly right, but I'm now wondering what A3 is up to at the end of the flashback in this issue, what he goes do with Metrotitan or Metroplex, or heck, even Chela, and if that's all that happens.

Vigilem should also appear at some point in there!
Re: Clean cover art for Optimus Prime #11 by Andrew Griffith (1907576)
Posted by Randomhero on August 30th, 2017 @ 2:09pm CDT
First thing I said while this when Onyx showed up was "yeah that looks nothing like the cover"

I said earlier I think Josh just colored him how he wanted or may have thought Onyx on the cover was Deathsaurus because that's happened before. Plenty of people started saying "what's the connection?!" Here's the connection. nothing.

People even asked Josh and he said he colored it like how Livio did in the book. Umm...no? onyx is colored dead greenish grey with bronz highlights. Where is he colored like that that cover anywhere? That being said Onyx's body is comepey wrong in the book. Lol
Re: Clean cover art for Optimus Prime #11 by Andrew Griffith (1907585)
Posted by Randomhero on August 30th, 2017 @ 2:43pm CDT
There's gotta be more to Galvatron right? I know it's Alpha trion is telling the story but in the actual flashbacks in RID when Galvatron kills the headmasters he threatens to kill Alpha Trion for not knowing him and they were in the first war and were in the same room by the end in this issue! There's gotta be a story about how Galvatron lost some memories or something because he didn't know Alpha Trion when they met up later on and I'm saying now he didn't know Arcee was his sibling. He felt something of a kinship with her but they never obviously had a "oh my god this is my other half from birth!"

Galvatron is a continuity freak's nightmare. His personality has changed with every writer. Furman wrote him as this noble warrior who felt he was destined for bigger greater things and felt bad about killing. He regretted killing leadfoot when he stole thunderwing and left sideswipe and his team alive. Abbot Lanning and Costa wrote him as this very proud character that knew it was up to him to save the universe and even tried to ally with Optimus to do it. Even cared about humans when zombies attacked in infestation. Then Barber turned him into this blood thirsty barbarian who would kill you for just looking at him. He's nuts! He gives sunbow Galvatron a run for his money in the nut job department.

ScottyP wrote:If anything, I'm glad this cemented (sort-of) the lineage of some of these figures. Do I have this right? Going off the top of my head, may not.

There's nothing in IDW that says the Guiding Hand fought against Unicron. The guiding hand fought Mortilous and that's how they all became what they were. Primus into Vector sigma, solomus the matrix and so on. They never battled unicron so don't count that.

Honestly i wouldn't even include some of the primus stuff in your timeline. There's different versions and religions in IDW.

Randomhero wrote:There's nothing in IDW that says the Guiding Hand fought against Unicron.

You're right, my bad. Page 14 of Optimus Prime #10 only notes the Titans serving Primus in that war, not The Guiding Hand.
Re: Clean cover art for Optimus Prime #11 by Andrew Griffith (1908106)
Posted by Va'al on September 2nd, 2017 @ 6:10am CDT
Via the official IDW Publishing website, we have an art reveal for the main Kei Zama / Josh Burcham cover for the next issue of ongoing Transformers series Optimus Prime - featuring the cast of Cybertronians not involved in the current First Strike even, led by Aileron! Check it out below, and keep an eye on our feed for more comics news shortly.

With Optimus Prime embroiled in the FIRST STRIKE event, the Autobots on Earth set off on a mission to find one of their own—before anti-Cybertronian humans get to him first! 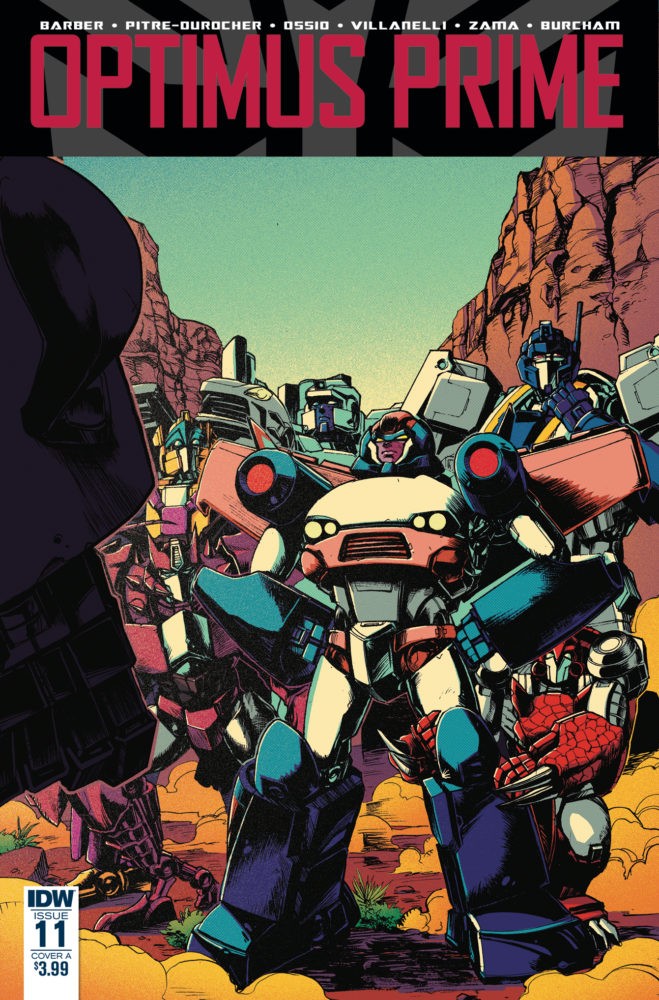 With Optimus Prime embroiled in the FIRST STRIKE event, the Autobots on Earth set off on a mission to find one of their own—before anti-Cybertronian humans get to him first! 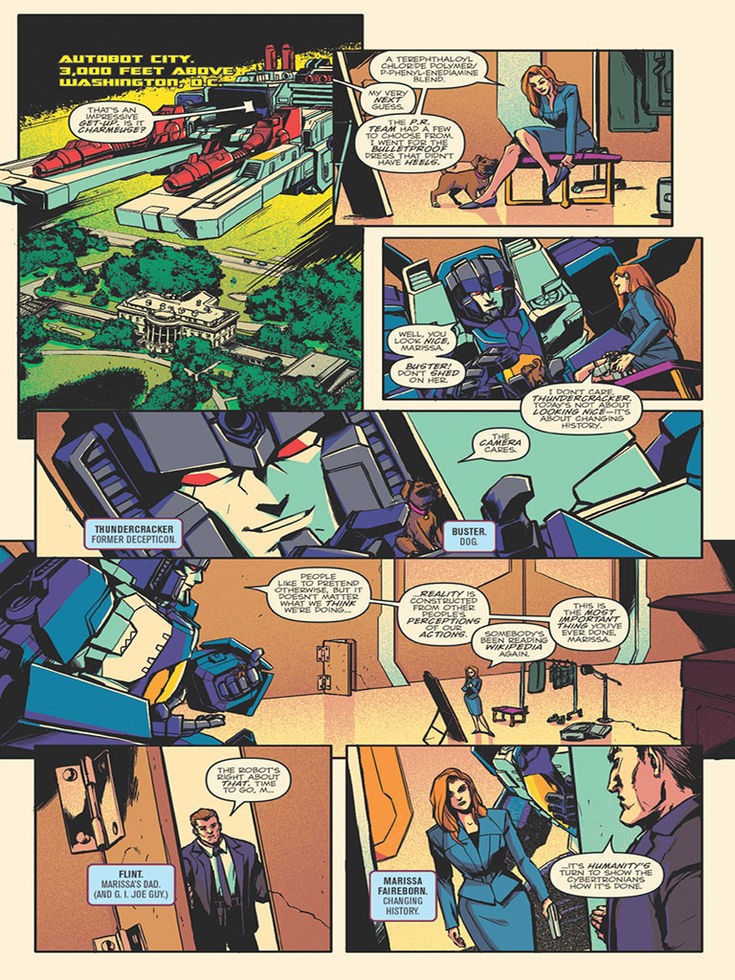 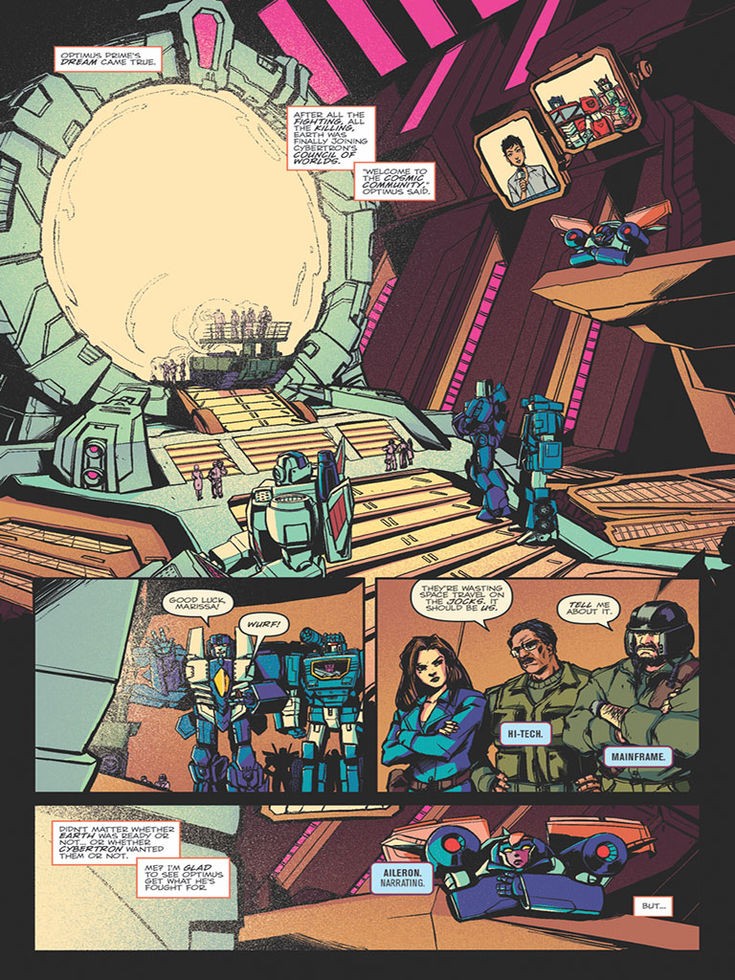 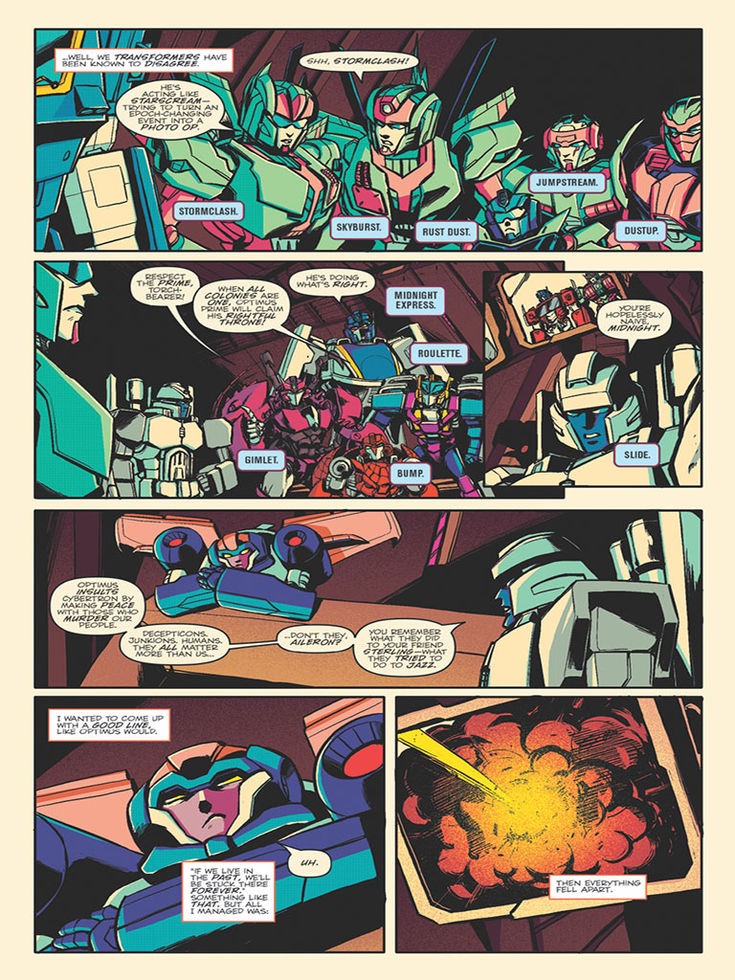 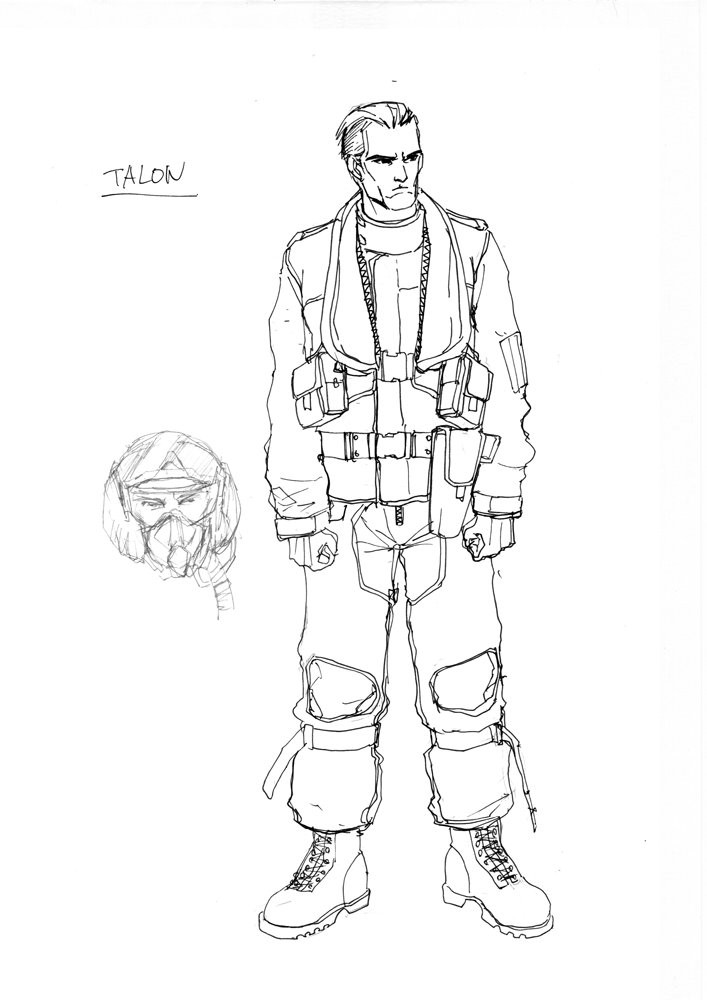 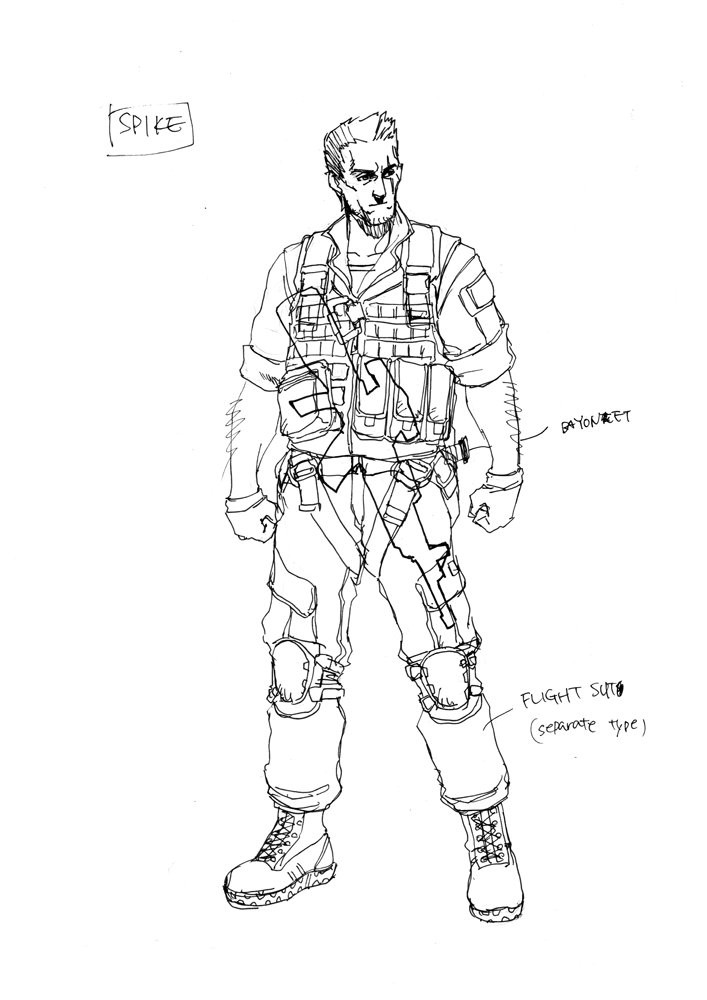 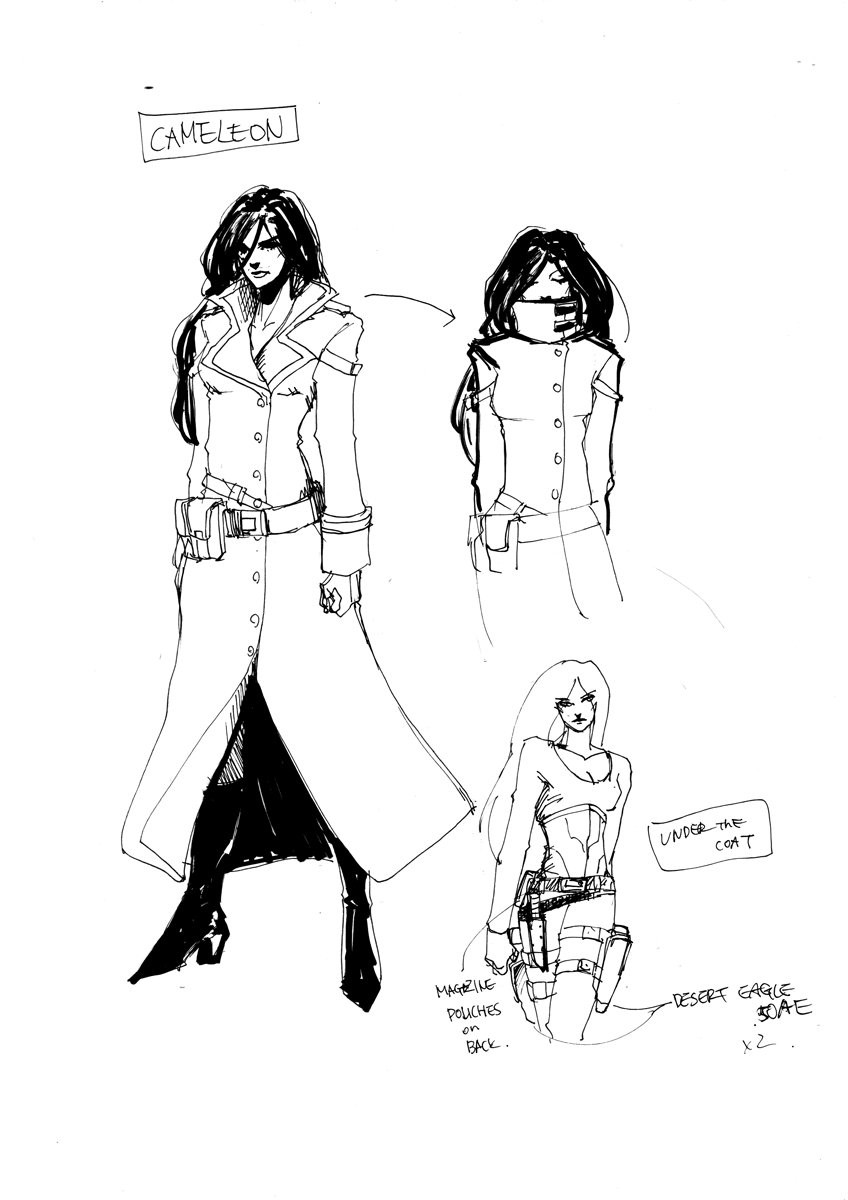 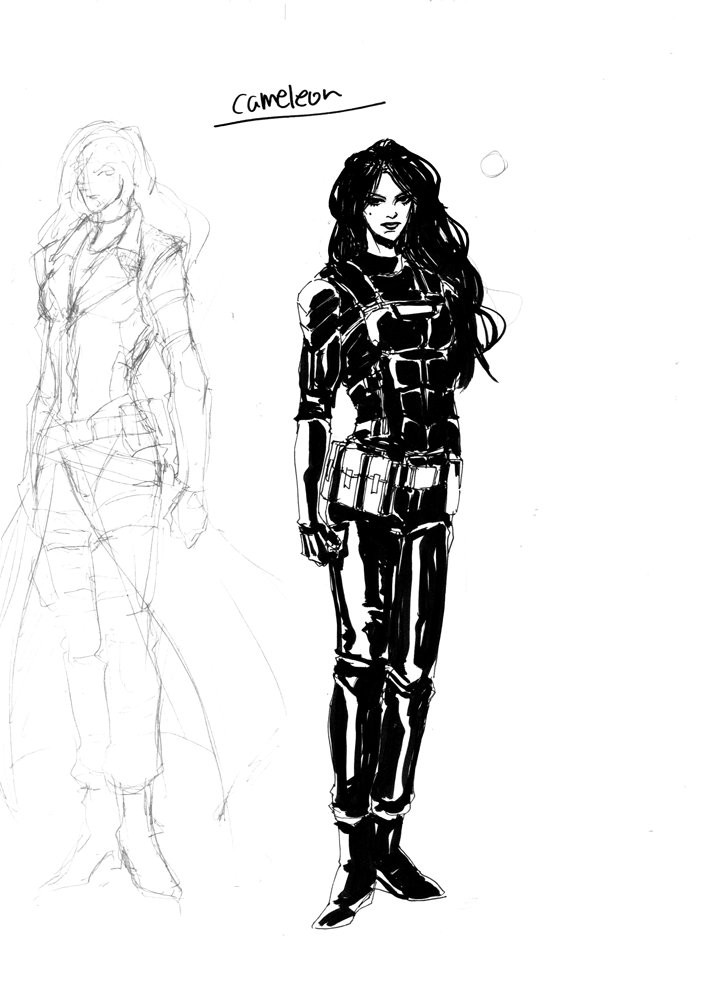 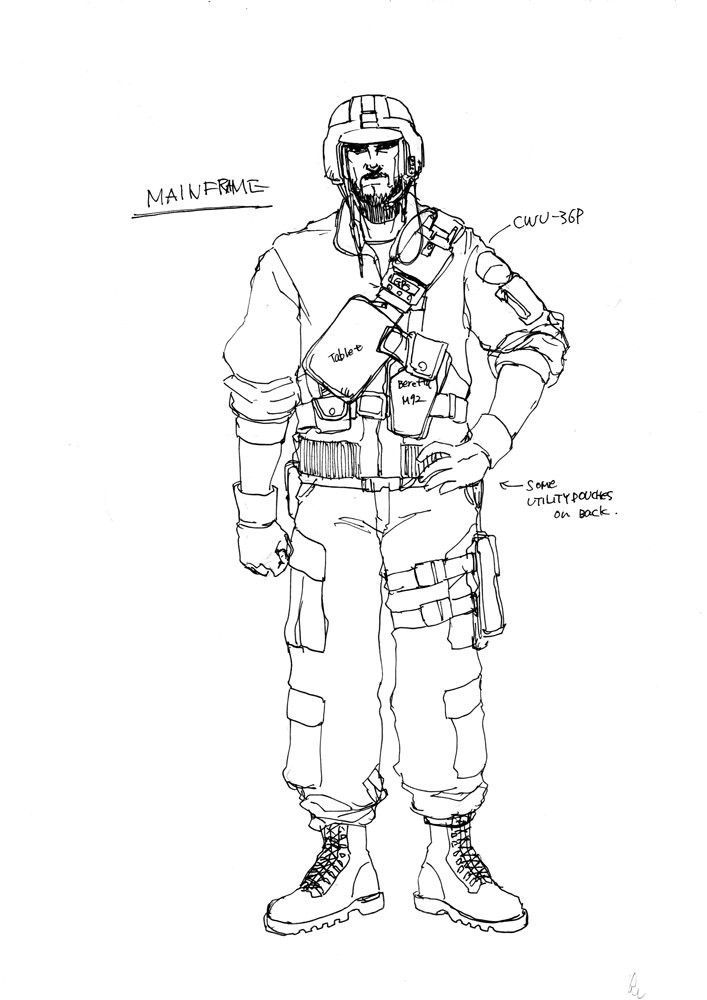 Re: Clean cover art for Optimus Prime #11 by Andrew Griffith (1913673)
Posted by Va'al on September 30th, 2017 @ 12:53pm CDT
Courtesy of artist Andrew Griffith's Twitter account, we have a look at his variant cover (Artist Edition) for IDW Publishing's Optimus Prime #14 - which will take place after the events of First Strike, and is due in December 2017- and featuring Trypticon and the Dinobots in their current looks since Maximum Dinobots. Check it out below!

On Cybertron, Optimus Prime battles the Dinobots over the first new Cybertronian life to emerge in four million years! But does he stand a chance when the Dinobots’ newest member is two miles tall and eats cities? 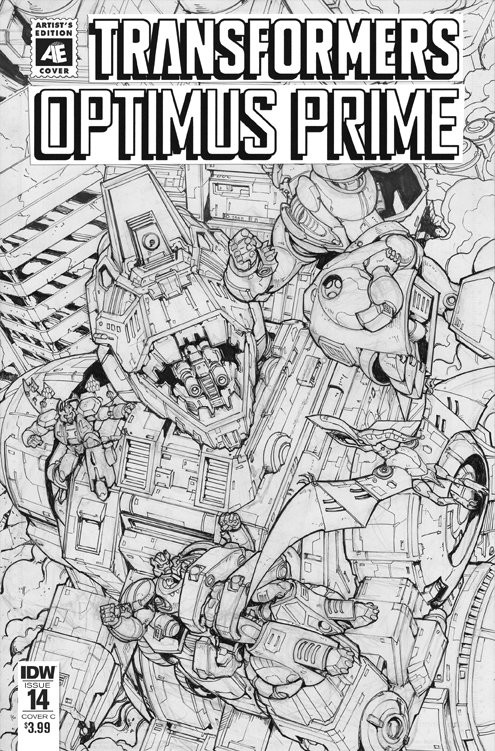