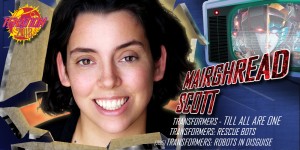 TFNation headquarters has sent out another announcement about their guests for this summer's 2018 edition of the UK fan Transformers convention, and we're moving back into comics for another UK first appearance: writer Mairghread Scott!

Find out more about her work with various Transformers media and other comics endeavours below, and book your tickets now!

Adding another international name to the line up for TFNation 2018, this guest hails from the IDW Publishing comics section of the Transformers franchise, and is an author of several other media iterations of the transforming robots too – please welcome writer Mairghread Scott!

Her writing credits, on the comics side, include the entirety of Windblade's story so far and one of the most charismatic Starscreams in robot history, as told in the pages of Transformers: Windblade volumes 1 & 2, and the fan-favourite sequel series Till All Are One. Scott was also co-writing the second IDW/Hasbro crossover event First Strike, and has been behind the Transformers Prime: Rage of the Dinobots and Beast Hunters mini-series.

Working as assistant writer of animated series Transformers: Prime, Robots in Disguise and Rescue Bots, she has also directly contributed to bringing the character of Windblade into the animated universe too (in Robots in Disguise).You will find her work on several other animated series, such as GI Joe: Renegades, and most notably Marvel’s Ultimate Spider-Man, Avengers Assemble, Guardians of the Galaxy and the upcoming Marvel Rising: Secret Warriors.

Back in comics, Scott has published for some of the major publishers in the business, with the likes of Green Arrow (DC), Guardians of the Galaxy (Marvel), Wonder Woman (DC), and Power Rangers (Boom! Studios) on her resumé, and creator-owned projects such as Toil &Trouble (Boom! Studios), The City on the Other Side (First Second), and more. Her upcoming work will be seen in the pages of DC comics' Batgirl, starting with issue #25 in July 2018!

Mairghread Scott will be present at TFNation 2018 all weekend, signing books, talking Starscream, raising dark stories, and talking to fans of her writing – including those still saddened by the end of Till All Are One. 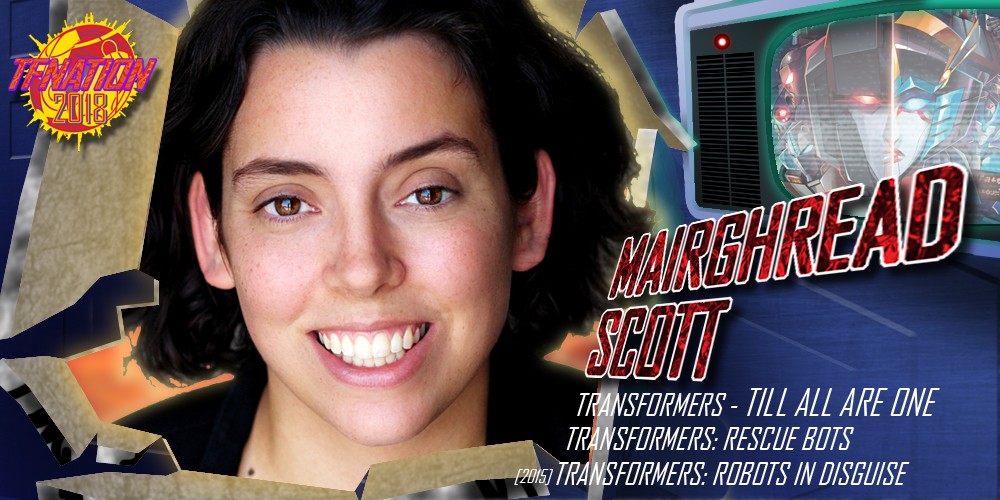 The next guest to join the TFNation line-up hails from the artistic and creative realms of the toy world, and has been behind the majority of the Transformers brand all the way up to 2013, and has been known to the fandom under a number of names - but today, we welcome him as Aaron Archer!

For more than 20 years at Kenner and Hasbro, Archer has built worlds, storylines, and characters for iconic properties including Transformers, G.I.Joe, Star Wars, Batman, Jurassic Park and Alien. You will be able to hear from him directly, as a toy professional, in the 2018 Netflix documentary series The Toys That Made Us - with the Transformers episode due to debut in May 2018 – and of course at TFNation 2018.

During his 13 years on the Transformers team, Archer collaborated on the design on hundreds of toys, and served as the Creative Lead for all Transformers partnerships, shaping stories, character development, and world-building over four live-action feature films, four video games, five animated series, theme park rides, and countless publishing projects.

His favorite personal design work includes the Unicron Trilogy, Alternators, Mini-cons, the Transformers Masterpiece line and much more. He continues to create monsters and robots mostly in his personal publishing efforts. He has also offered his services as an illustrator and toy designer, to the likes of Star Wars: Episode I; G.I. Joe RAH; Kenner Batman: The Animated Series; Legends of the Dark Knight; Total Justice, Alien: Resurrection, Jurassic Park 3.

Aaron Archer will be present at TFNation 2018 all weekend, talking toys, possibly sketching, weaving stories and chatting backgrounds with all attendees! 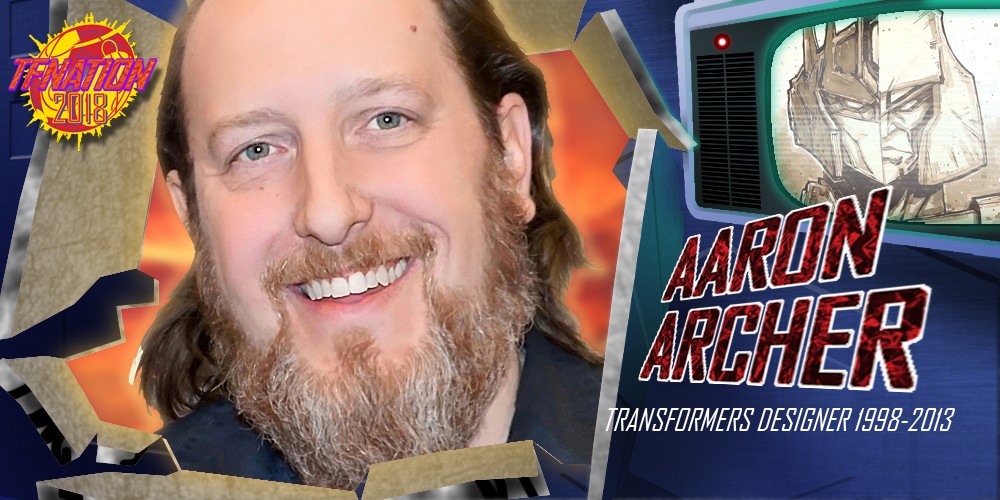 Joining the line-up of comics guests for 2018, TFNation is pleased to announce the presence of another UK based artist – well known to fans of the original Marvel UK Transformers comics series – Lew Stringer!

Famous predominantly for his humour work, he was a stable component of the Marvel UK Transformers issues, providing a light-hearted relief to the stories in the form of two featured strips: Robo-Capers and Combat Colin (initially in the pages of Action Force, the UK incarnation of G.I. Joe, then replacing Robo-Capers in Transformers).

His very first venture onto the comics stage was Brickman, which ran from the 1970s up until 2009 in various forms. Stringer is well known in the UK for his work as an independent comics creator, but also for his work appearing in the pages of The Beano and The Dandy weekly kids’ comic magazines, alongside other licensed magazines such as Spider-Man, Epic, Lego Adventures and more. Internationally, his work has appeared in the likes of Elephantmen and Grindhouse in the US market, Herman Hedning in Sweden, and Nemi in Norway.

Thanks to his comics work as a creator, Stringer is well-versed in the history of the British comics industry and scene, and regularly offers insights, analyses, and discussions of current and past trends on his blog, Blimey! It’s Another Blog about Comics!

Lew Stringer will be attending TFNation 2018 all weekend, talking capers, silly jokes, and sketching for fans of his work, as well as discussing comics history in general! 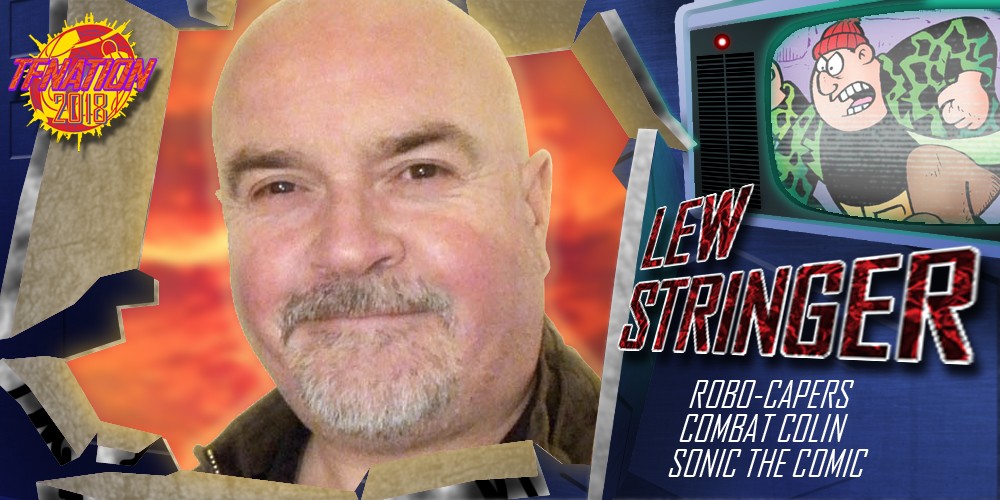 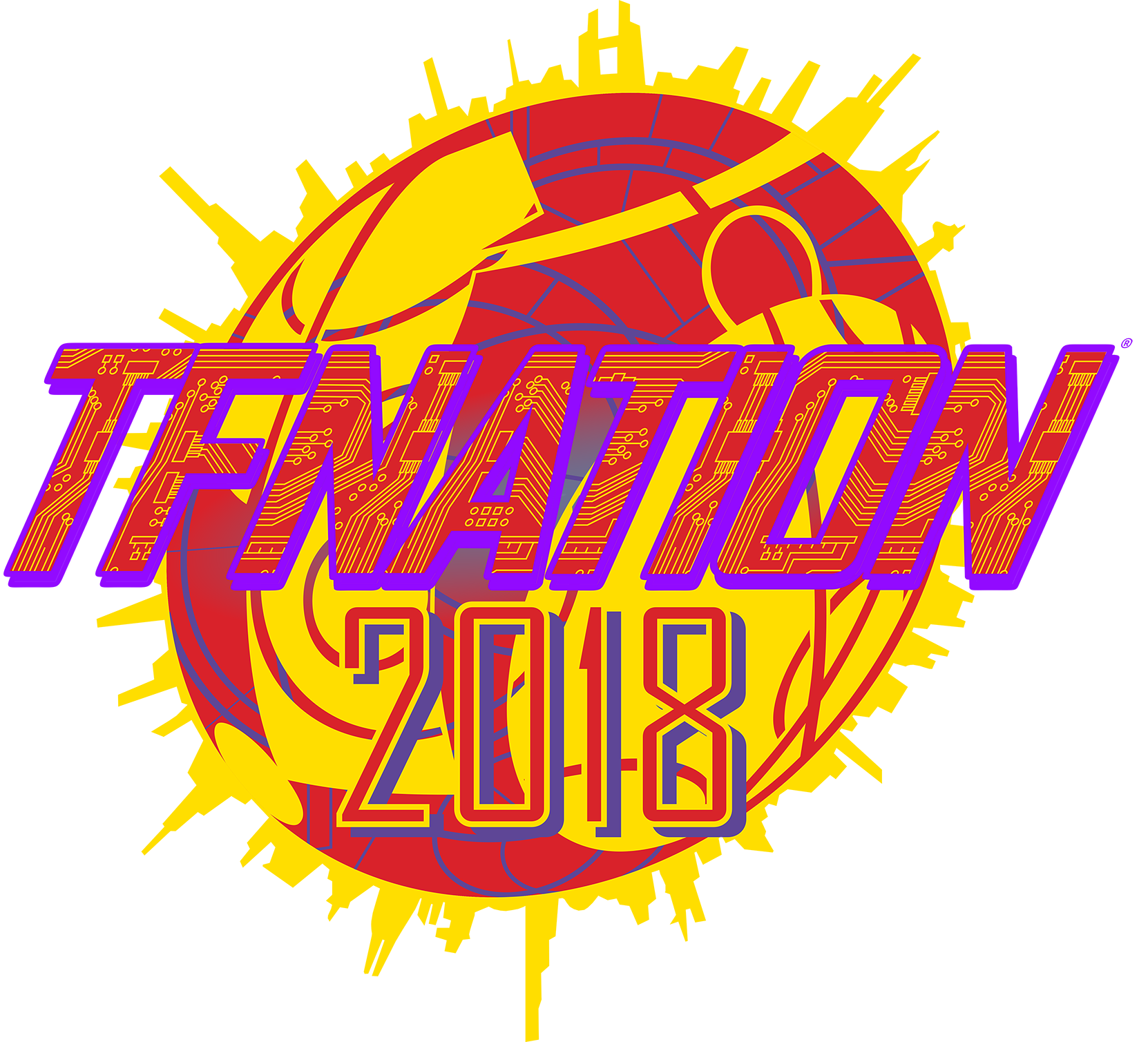 Our latest presence for the line-up at TFNation 2018 features another comics addition from IDW Publishing, and what is perhaps the latest addition to the latter’s Transformers universe: Japan-based artist Kei Zama!

Zama’s stylistic influences are partially rooted in the heavy, dark, inked pages of British comics periodical 2000AD (of Judge Dredd fame), and her take on iconic Transformers characters such as Wreck-Gar, and even Optimus Prime himself, have proven a hit with readers of the latter's eponymous ongoing series, written by John Barber and with colours by Josh Burcham, after an initial stint on variant covers alone – some of which have also graced the front of Verse Comics’ Transformers-themed clothing.

Beyond Transformers, but not robots entirely, Zama has worked on IDW’s Atomic Robo providing cover art, Japanese imprint Sparklight comics, Marvel’s Scarlet Witch and fulfilling a long-dreamed ambition, 2000AD, with aPat Mills penned Blackblood story. Her blog and website are regularly updated with her work and appearances, for those curious about more mechs, monsters, and ‘heavy metal guys’. 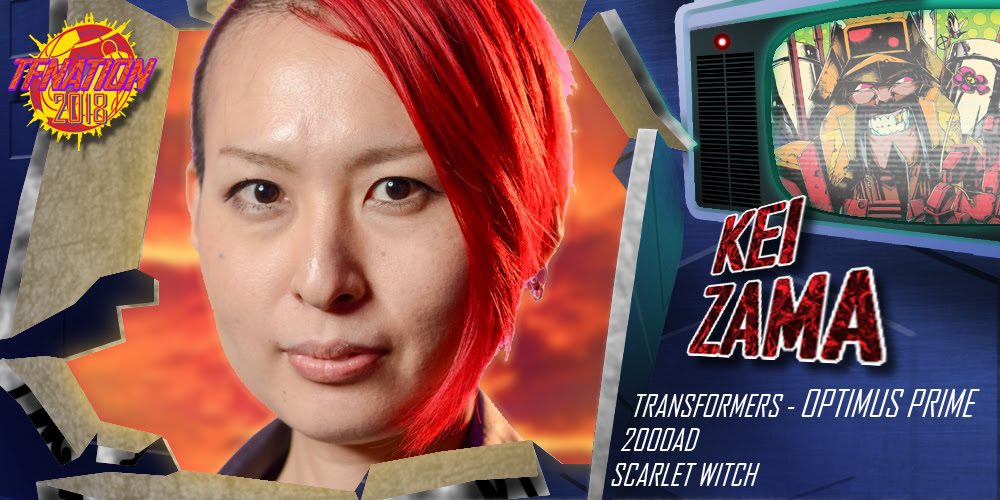 Re: Comics Writer Mairghread Scott to Attend TFNation 2018 (1978632)
Posted by MemphisR56 on August 15th, 2018 @ 5:55am CDT
The anticipation for this is absolutely killing me.
Should be arriving Friday afternoon!

PM me if you want to meet up, or if you just see me walking about. I should be wearing a nametag that says "HI MY NAME IS..." with my handle on.