First of Many Global Output Deals for Year-Old Television

"Our partnership with Corus' kids networks marks the first of many distribution agreements that are designed to expand the Hasbro television programming brands around the world," Stephen Davis, President of Hasbro Studios, said. "We are delighted to be in business with Corus, renowned for its highly targeted television brands, strong partnerships and compelling content."

"We're very excited to be able to offer our viewers the terrific line-up of Hasbro programs across our many Corus' kids platforms. Hasbro has always been a great partner and we look forward to growing that relationship," said Ted Ellis, Vice President, Kids/Family Programming, Corus Television. 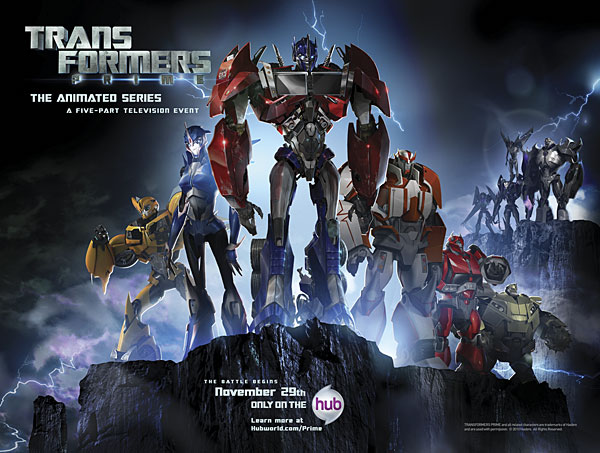 kirbenvost wrote:Nice, looks like we'll get it on Teletoon, which means I can PVR it and watch before work!

Pretty much what I was thinking of doing. Good to finally have word about it.
Re: Corus Entertainment Networks to air Transformers: Prime in Canada (1146055)
Posted by ROBOBOT on November 13th, 2010 @ 12:06pm CST
Yay the Canadian people like myself get some love, i was getting worried i would miss the whole thing

Re: Corus Entertainment Networks to air Transformers: Prime in Canada (1146142)
Posted by Elita One on November 13th, 2010 @ 5:16pm CST
I wonder what channel in Australia will screen it. My guess that CN will or if it is a free to air one it will be on ABC 3 (digital kids channel). Hooray my taxes are paying for something good for a change.