Ectotron available for pre-order in Australia! 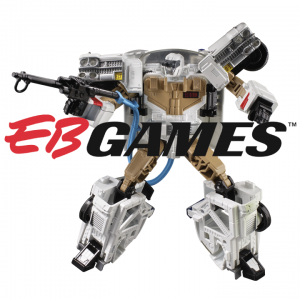 Good news for Australians who are looking to get their hands on Ectotron but didn't want to import!

Seibertron.com Energon Pub forum member VonDoom has dropped us an e-mail to let us know that EB Games Australia will be the exclusive retailer in Australia for Ectotron, and that he is now available for pre-order!

Ectotron is set to be available from June 6 for $80AUD, but you can secure your pre-order now for $10AUD with options for in-store click-n-collector or home delivery.

Will you be like our Forum Admin Burn and pre-ordering your Ectotron through EB Games Australia? Let us know on the Energon Pub Forums!

Burn wrote:Will you be like our Forum Admin Burn and pre-ordering your Ectotron through EB Games Australia?

Sixgun, Soundwave, Starscream and Chromia also spotted at Target Eastland.
Re: Ectotron available for pre-order in Australia! (2018886)
Posted by ZeroWolf on April 13th, 2019 @ 3:52pm CDT
Thanks to the hard work of the Ozformers Facebook group, we've learned that the exclusive Golden Lagoon Sets that Takara Tomy produced have made it to Australian shores via the Mr Toys Toy World stores. They currently only operate in one area of the country but Ozformers point out they could trickle to other Toyworld locations. Check out the sighting image which we've mirrored below for your convenience.

The two Golden Lagoon Sets are all redecos of previously released figures. With one set containing Perceptor, Seaspray and Beachcomber, and the other containing Starscream (a redeco of Ghost Starscream released as part of Unite Warriors Grand Galvatron). They were priced at Aus$129 and Aus$80 respectively.

Will any of our Australian members be chasing down these toys? Would anyone be interested in a golden Starscream limb for a combiner? Let us know in the Energon Pub and stay tuned to Seibertron for all the latest news and reviews!
Re: Ectotron available for pre-order in Australia! (2018907)
Posted by Prime Target on April 13th, 2019 @ 10:22pm CDT
Finally! It's about Goddamned time we got word of Shadow Panther's arrival after Toys R Us died (RIP) I Just went to the Rothwell Toyworld here in Brisbane. They didn't have The Golden Lagoon Sets or Shadow Panther but they said The City, Chermside , Indooropily and a few other places I didn't catch did. Starscream seems sold out everywhere but They have The Golden Lagoon 3 Pack and Shadow Panther. I'll ask at the Indooropily and Chermside stores if they plan on Restocking Starscream as soon as I can.

As for me I'm 100% going for all of them.
Re: Ectotron available for pre-order in Australia! (2021851)
Posted by noony_2001 on May 18th, 2019 @ 6:39am CDT
Has anyone spotted Siege Voyager Optimus and Megatron at major retailers yet? (Kmart, BigW, Target...) every store I’ve been too or called have not had wave 1 stock of anything (this is in Victoria). Really frustrating how they’ve skipped a wave? Is that normal? I’m not quite sure how distribution really works.
Re: Ectotron available for pre-order in Australia! (2023475)
Posted by Burn on June 4th, 2019 @ 8:00pm CDT
Just a heads up, Toys 'R' Us is looking to relaunch (via a license with Hobby Warehouse) as an online outlet with the intention to hopefully one day re-open physical stores.

Not a good thing if you're trying to establish yourself as the place for "exclusives"
Re: Ectotron available for pre-order in Australia! (2024178)
Posted by Burn on June 11th, 2019 @ 6:46pm CDT
Toys 'R' Us is back in Australia via toysrus.com.au.

At the moment it's just a small selection of Transformers from TLK, RID and Titans Return.

You can see it in this image below along with other cool toys now at mass retail in Australia, like the Siege wave 2 deluxes and Studio Series wave 6 deluxes.

Plus, Big W got the MPM stock from Toysrus, so you can get MPM Barricade and Bumblebee there. And on thursday, they are on sale. You can see more info on the sale below.

Speaking of Toysrus, the online store has been bought and reopened under a new owner, but the only Transformers stock is leftover from 2-3 years ago. You can still visit it here. We hope it will be the destination for current toys going forward but there is no word on that being the case with Transformers yet.

Australia also got the wave 3 Siege deluxes (the Reflector wave) AND Battlemasters at Toyworld, a collectable store.

Lastly, Studio Series voyager Bumblebee Movie Optimus Prime and Rampage were found at Target, this is the first sighting of new voyagers in the Studio Series line since the year began.

All of this info was found on the Ozformers Facebook page. 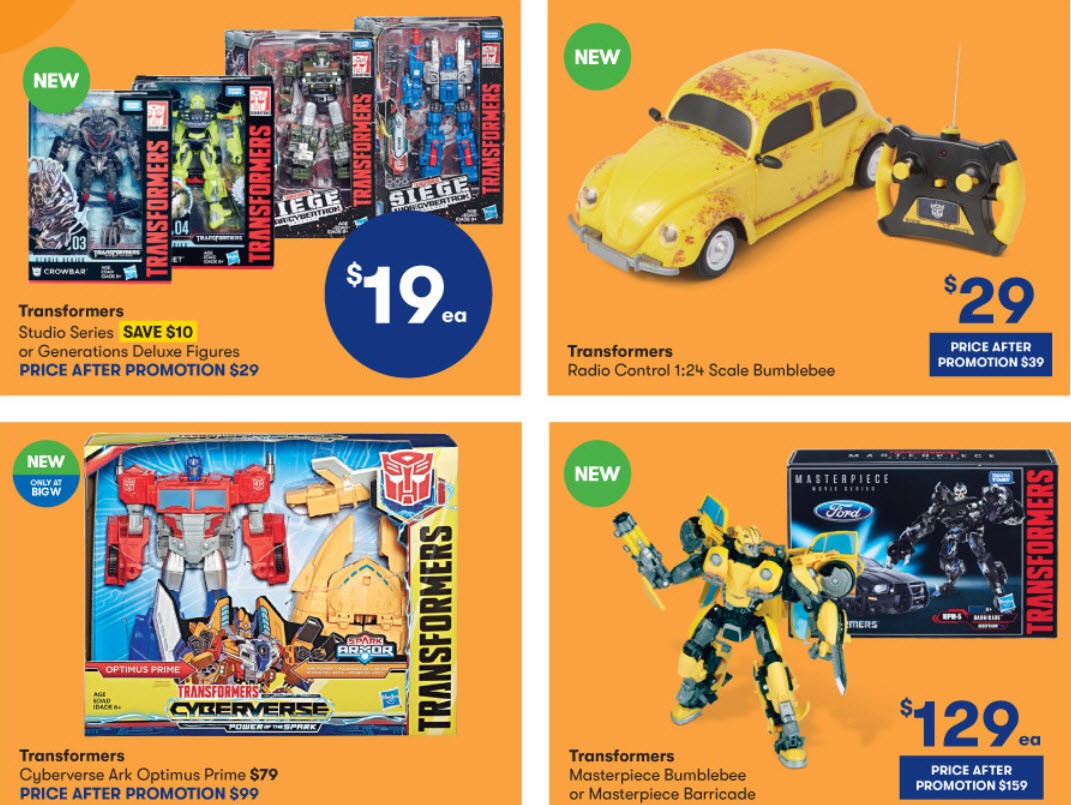 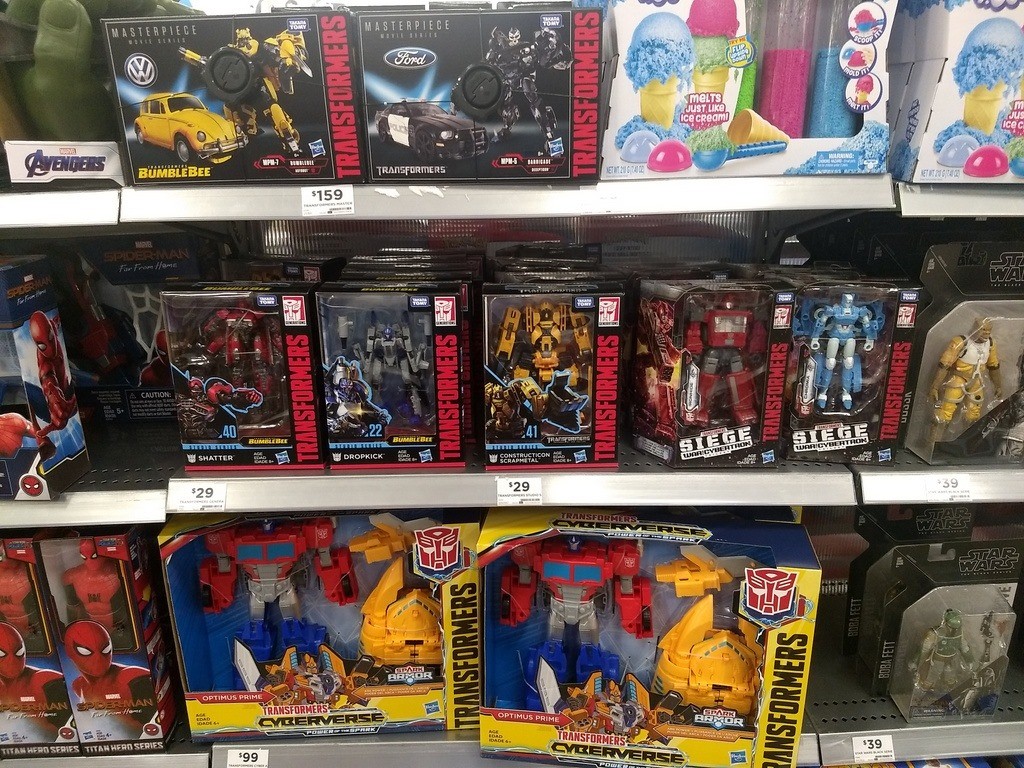 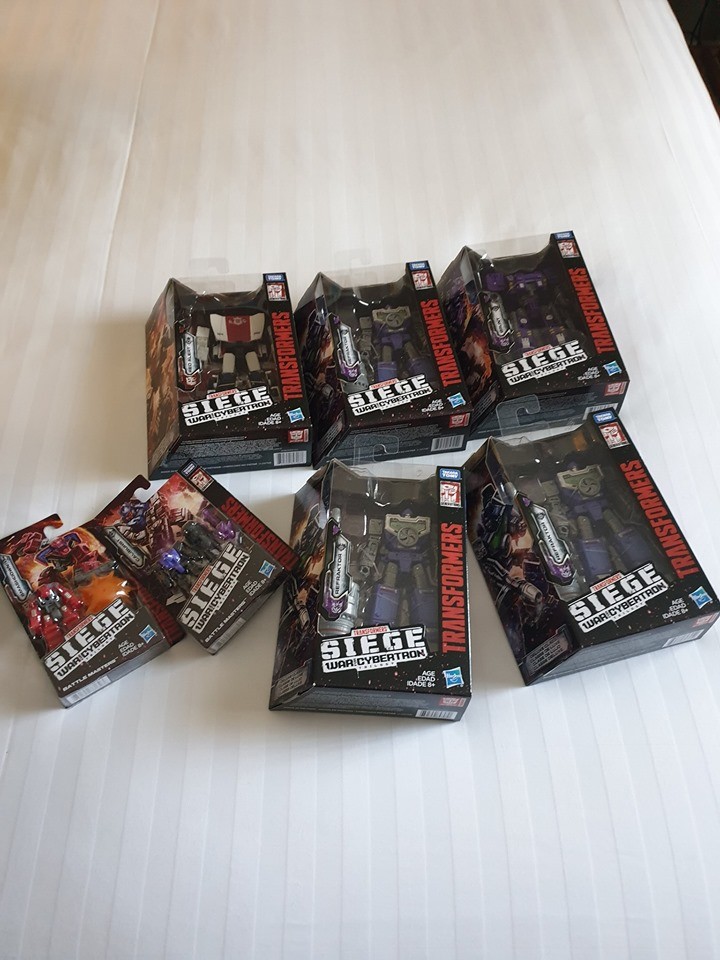 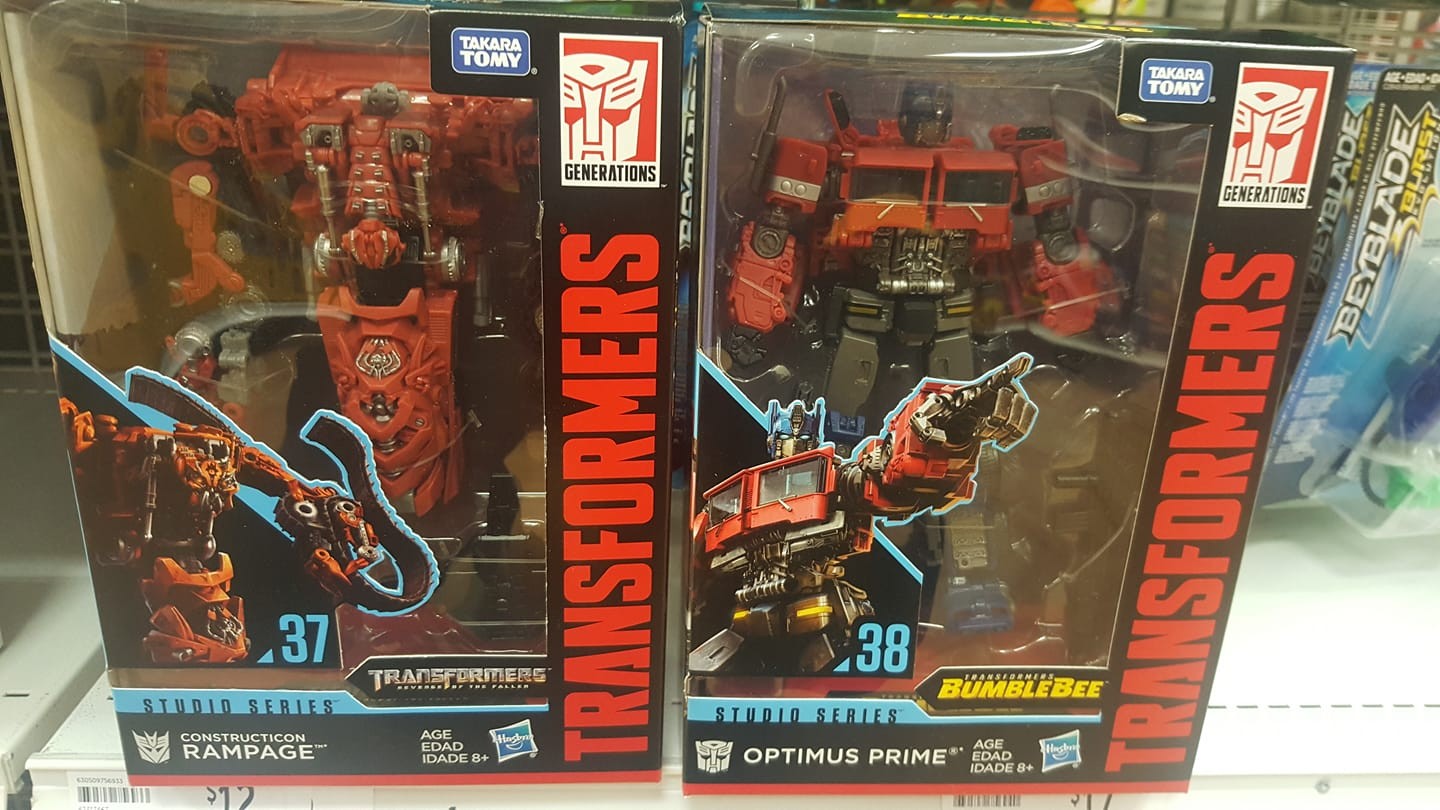 Burn wrote:Myer has a much better sale going on.

It'd be good if they had any Transformers

Burn wrote:Myer has a much better sale going on.

It'd be good if they had any Transformers

Wouldn't know. Both are over 100km's from me anyway.
Re: Ectotron available for pre-order in Australia! (2027047)
Posted by Stargrave on July 1st, 2019 @ 12:18pm CDT
Just in from Ozformers on Facebook we have word that the new Transformers Studio Series figures, Longhaul and KSI Boss, have been spotted at a local Toy World in Canberra! Whether you're nearby or not these new bots can't be far from showing up at your local brick and mortar stores.

From Ozformers:
"After two waves of Studio Series Voyagers were found in Australia during June (wave 3 Ironhide and wave 6 Rampage & Optimus), a third wave of Voyagers were apparently found at a Toyworld in Canberra in the final days of last month - wave 7 TF2 Long Haul (new) and TF4 KSI Boss (redeco Nitro Zeus). If these are now out here, it would be another world first for the month.
If you see these ones as well in the next week, let us know, as it is nice to see new toys here, and before the rest of the world.
(photo of toy and receipt posted on the Ozformers board by member MightyGrimlock)"


Take a view and share your thoughts with the Seibertron crew in the forums, and as always stay tuned to Seibertron for the ultimate in up to date Transformers news. 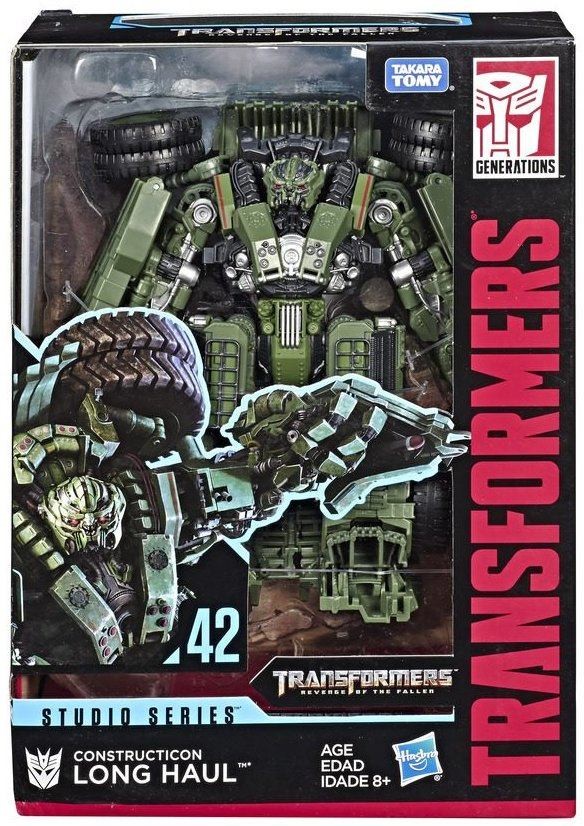 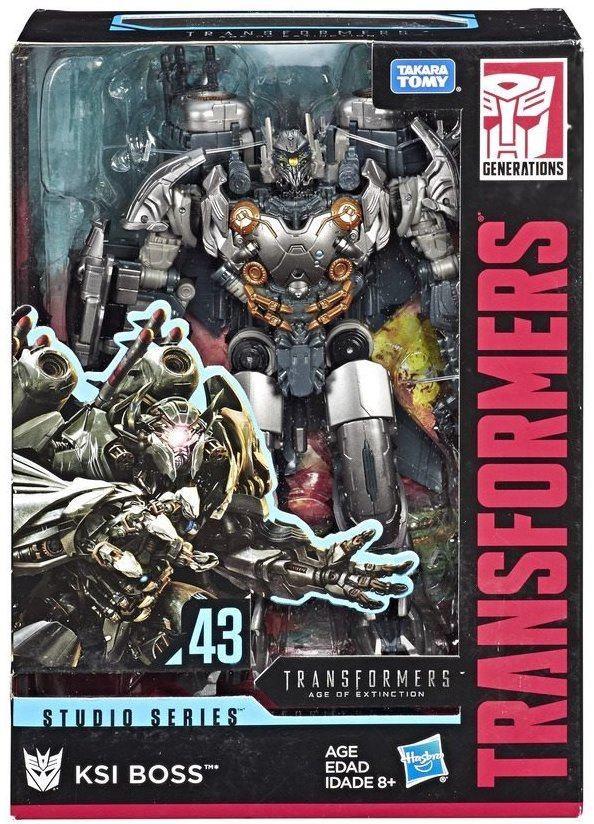 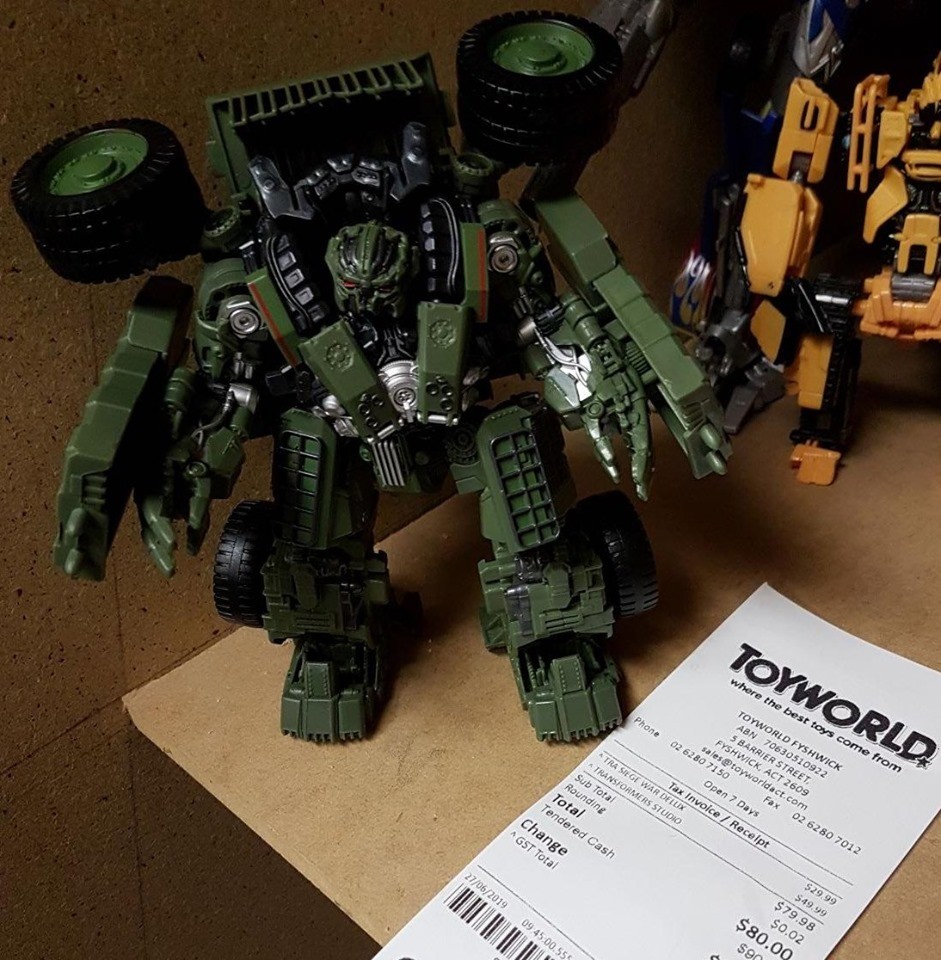 Re: Ectotron available for pre-order in Australia! (2030891)
Posted by Stargrave on July 22nd, 2019 @ 9:07am CDT
Thanks to Ozformers we've learned the upcoming Japanese Transformers 35th Convoy and Optimus Prime Set And MP19+ Smokescreen are going to be EB Games And Zing Exclusives once released in Australia! Both items are currently up for pre-order at the respective sites.

The two pack features a G1 Optimus Prime along with a repainted Optimus SS38 from Bumblebee with a paint job closer to his G1 counterpart. MP Smokescreen plus has that slick closer to the G1 cartoon paint job.

From Ozformers regarding the Optimus set:
"A couple of new pre-order listings on Zing and EB Games for release early next year...
Japanese 35th Anniversary Optimus & Convoy set - this one is a real surprise, and a real treat for us here in Australia. This is a TakaraTomyMall exclusive in Japan (which would also be released in Asia), of two separately packed toys in Gen1 style packaging. One is a reissue of the 1984 Optimus Prime toy (cab only) which was called Convoy in Japan, while the other is a very minor redeco of the 2019 Studio Series Voyager Optimus Prime from the Bumblebee Movie.
Release date here - January 5th 2020
Price - AU$160 (pre-order deposit of $50)" 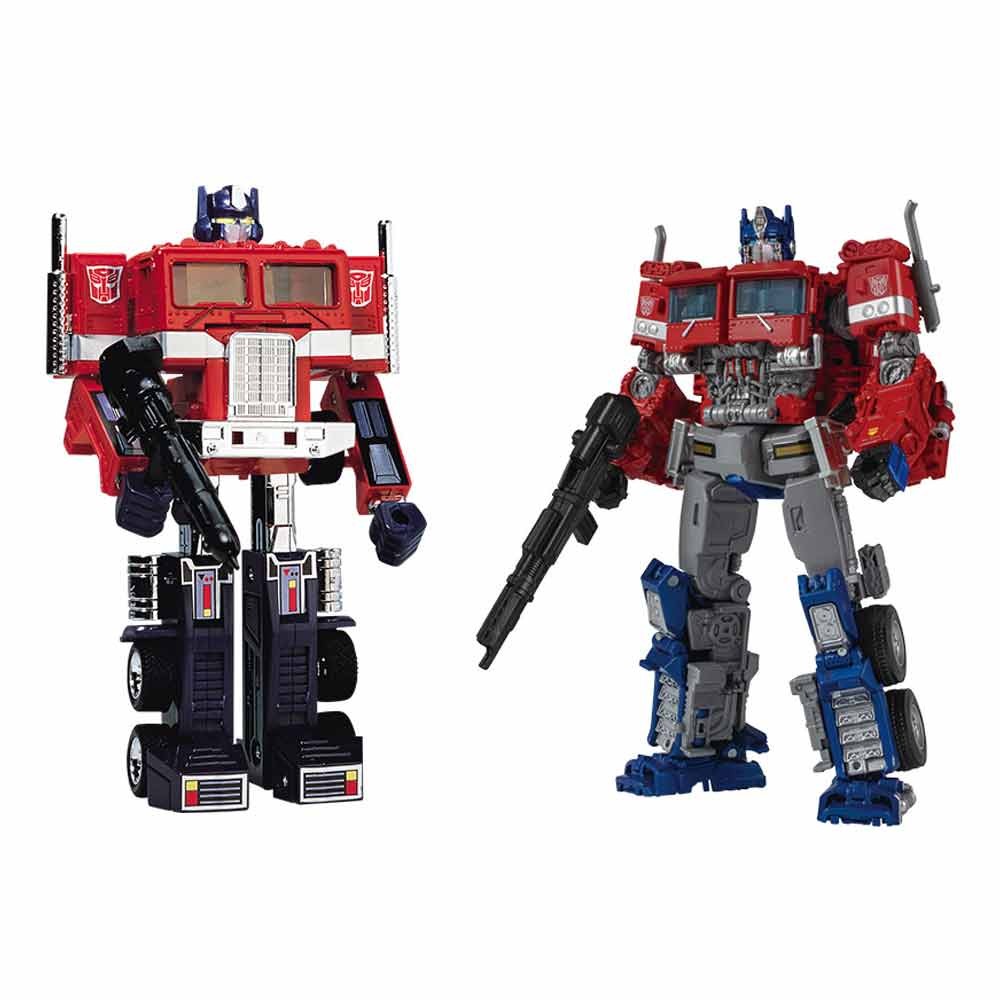 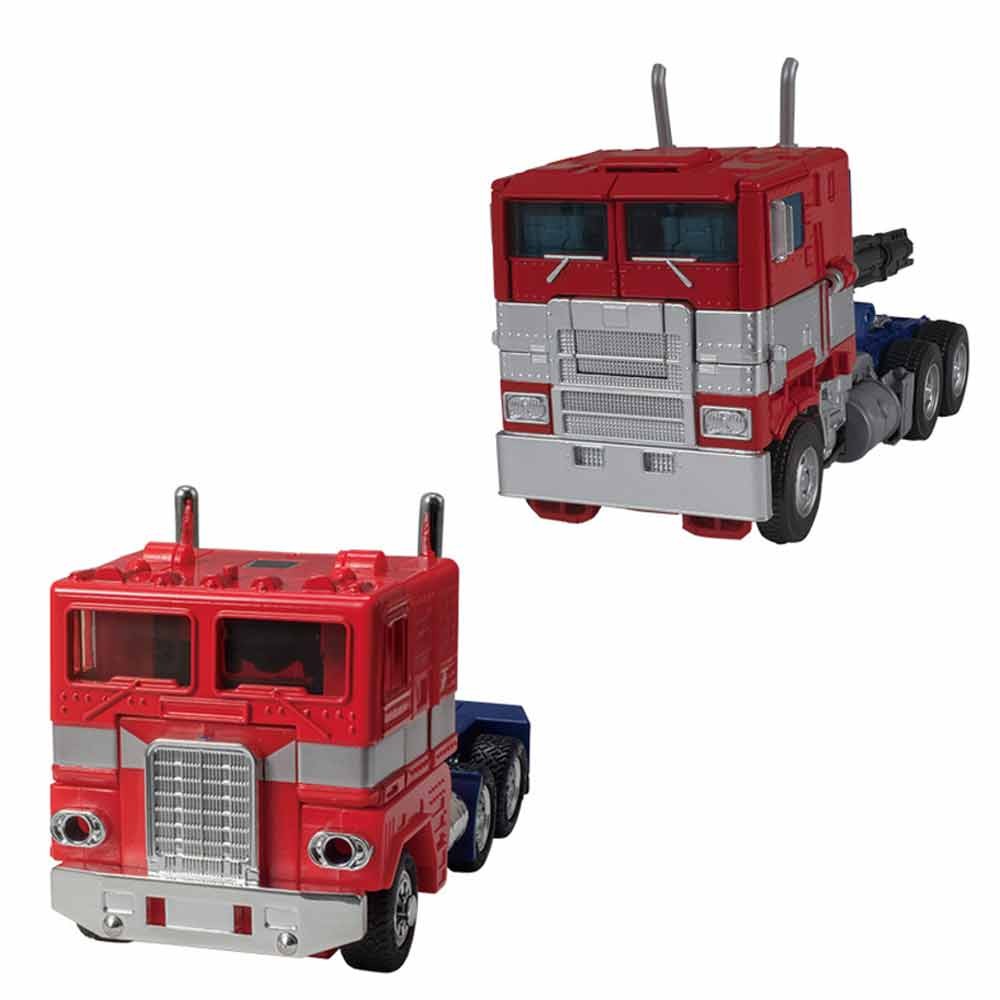 And they provide the links for the two sites for the Optimus Prime set, here for EB Games, and here for Zing.

Here's their statement on Smokescreen:
"MP-19+ Smokescreen (Anime redeco) - Entertainment Earth in America started releasing these Japanese MP toys earlier this year, with an English slipcase but everything else inside should still be Japanese. Smokescreen is the first one to show up here, so we might be end up getting whatever else EE releases in the future.
Release date here - January 26th 2020
Price - AU$130 (pre-order deposit of $30)" 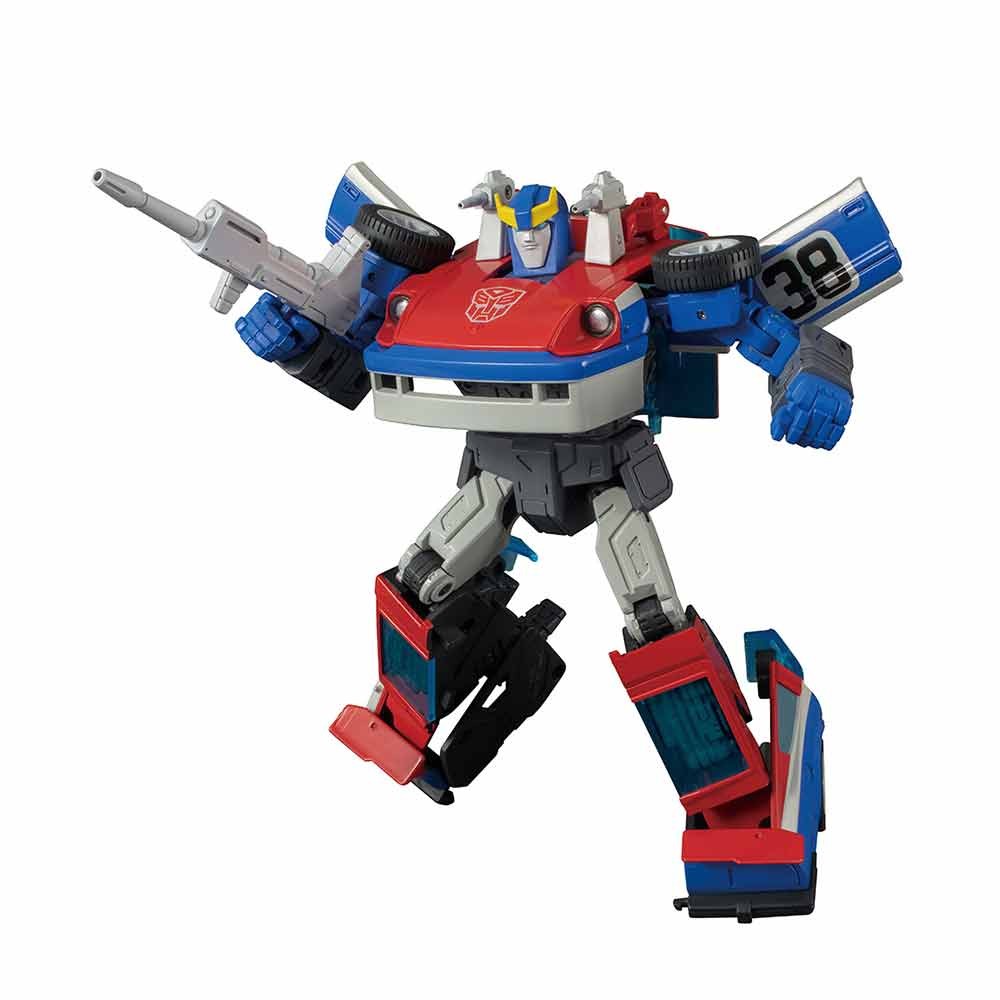 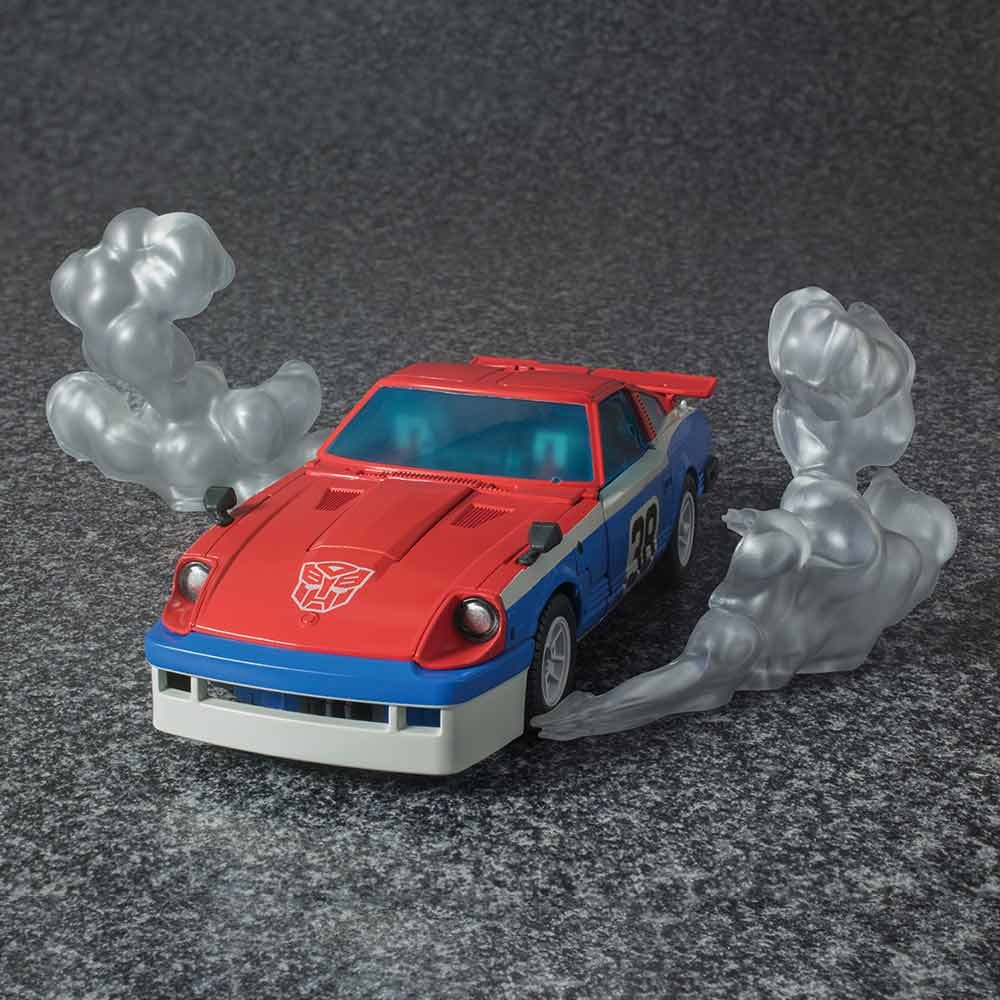 And they provide the links for the two sites for Smokescreen, here for EB Games, and here for Zing.

Happy hunting all our Australian members here's hoping you can get every special edition and exclusive you're looking for. Make sure to post your thoughts in the forums and stay tuned to Seibertron for the ultimate in Transformers news!
Click here to view additional comments about this topic at the Energon Pub Forums ...