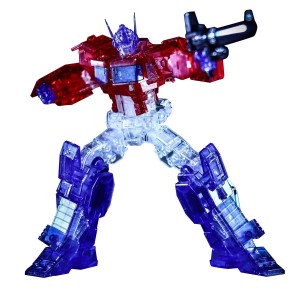 A whole bunch of new Transformers are hot off the truck today!

II. Hot Off the Truck Transformers


Transmutate was originally released as a build-a-figure in 2006. Now, they're available as one whole 5 1/2-inch figure, paying homage to the original with their ability to break apart into pieces! Figure features their innocent-yet-twisted face as seen in the “Transmutate” episode of the Beast Wars animated series. Inspired by the character's appearance in the Beast Wars animated series comes this special edition Transmutate figure! Transmutate was once a Maximal protoform, but after taking heavy damage to their stasis pod they left warped and unable to convert. They have an innocent nature and unassuming form, but when threatened, they unleash their immensely destructive super-sonic scream!

Today is Transformers Tuesday! Check out the hot new products!

This Ramjet figure is inspired by the 1993 Generation 2 toy release, featuring his special G2 black, purple, and blue deco. Add this special edition Ramjet figure to your Seeker collection, complete with letters across the side of his jet mode that read "RAMJET" so he'll never be confused for any other among the Seeker ranks (each sold separately, subject to availability.) This Ramjet figure converts from robot to jet mode in 24 steps and stands about 7-inches tall in robot mode. 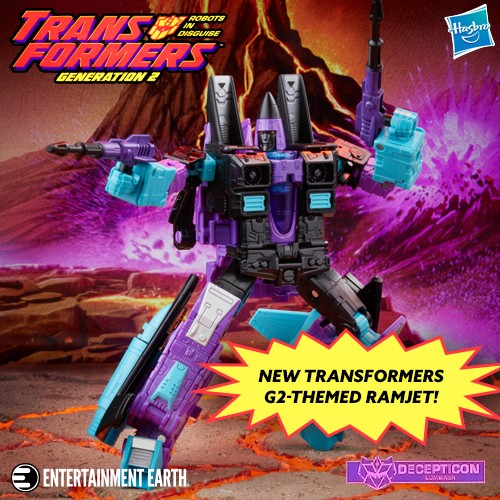 Transformers Generations Selects War for Cybertron Titan Black Zarak - Exclusive
Double Titan Master: Features a Deluxe-scale Titan Master who converts into the head of Black Zarak. Fans can remove the head and convert to the smaller Titan Master!
Black and gold triple changer Black Zarak toy converts into Modular Battle Station mode in 39 steps then to scorpion mode in 33 steps. Includes the Tyrant Spear.
21-inch robot Titan Black Zarak figure, 11 accessories, and instructions.
Own the Decepticon from the Japanese series, Transformers: Super-God Masterforce! It's the transforming robot base you never thought you would have a chance to own! The Decepticon Headmaster (or is that Destron Transtector?) is back and ready to change from robot to city to giant robot scorpion. Also, he will crush the Autobots. The removable Headmaster transforms into a smaller robot, and this toy's base mode is fully compatible with A.I.R. Lock System ramps and the C.O.M.B.A.T. System blast effects. Black Zarak has never been bigger, or available to North American Transformers fans, and now he can be yours... if you order today!

This Black Zarak figure is inspired by the original 1988 toy release, based on the Super-God Masterforce cartoon. The figure converts from robot to base mode in 39 steps then to scorpion mode in 33 steps. Figure comes with classic Tyrant Spear and shield accessories, plus shoulder cannon details. Spear accessory breaks apart into pieces that can store on the figure’s sides in scorpion mode. Head of spear accessory attaches to tail in scorpion mode. Shield accessory attaches to figure’s arm in robot mode. This Black Zarak figure’s head converts into a Deluxe-scale figure featuring battle-damage deco. Remove the head of the Deluxe-scale figure and convert to an additional smaller figure.

Today is Hasbro Pulse Fan Fest, and an enormous number of Transformers have been announced. Get in on the fun and check out the new merch!

See ALL Hasbro Pulse Fan Fest Transformers here! A detailed breakdown of all the new items is below.

We just received a large number of items this week, so don't forget to pick up these bestsellers and classics while supplies last:

IV. And the Rest of Hasbro Pulse Fan Fest

A huge number of new items were announced by Hasbro today. To see them all, click here!

Be sure to check out our Star Wars Black Series Pulse Trooper Entertainment Earth Exclusive!

Happy Hasbro Fan Fest from your pals at Entertainment Earth