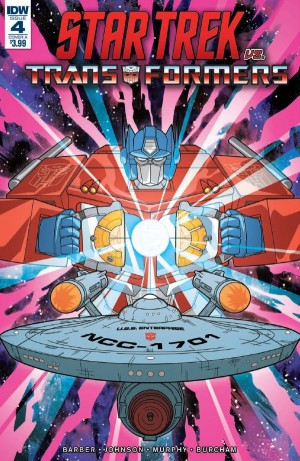 Thanks to the good folks over at Flickering Myth, we now have the five page preview of the penultimate issue in IDW's Star Trek Vs. Transformers miniseries!

This issue sees the continued clash of titans, one born out of a klingon cruiser (looking like Trypticon) and the other being Fortress Tiberius (Fortress Maximus head on a transformed Starship Enterprise controlled by Captain Kirk!).

This issue is out today (16th January) and should be available where all good comics are sold.

We have embedded the images below for your convenience.

With the Enterprise disabled by the Klingon-Decepticon alliance, things look dire for Spck, Optimus Prime, and the landing team to save the day. But with the Autobots' help, can Captain Kirk come up with a solution to save the day from a massive Cybertronian threat?

The Transformers '80s cartoon series meets Star Trek: The Animated Series in a no-holds-barred Saturday morning mash-up for the ages! 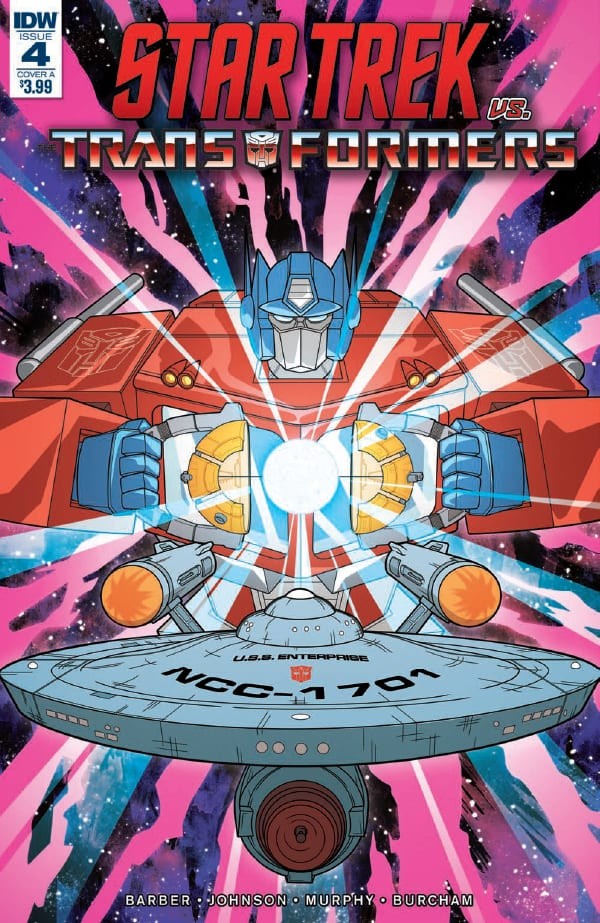 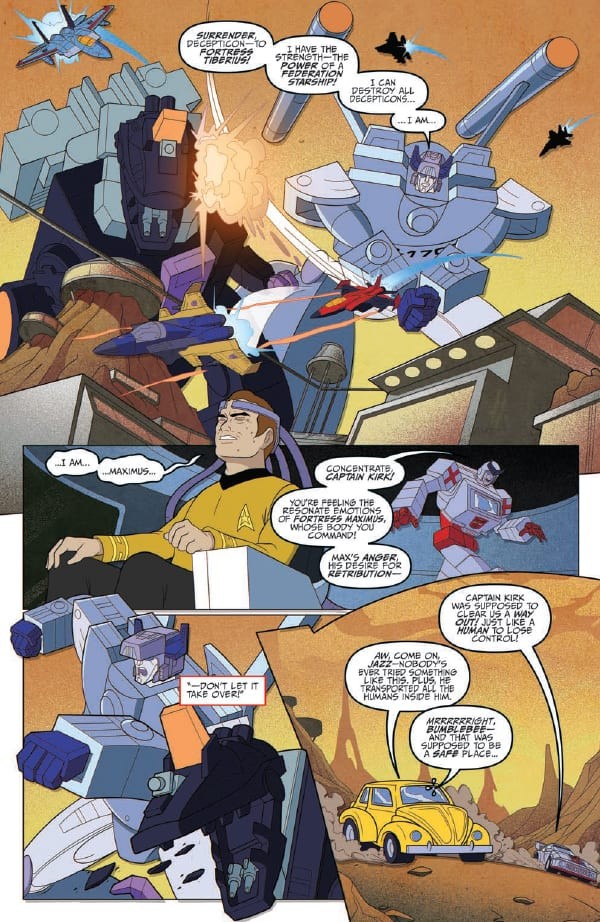 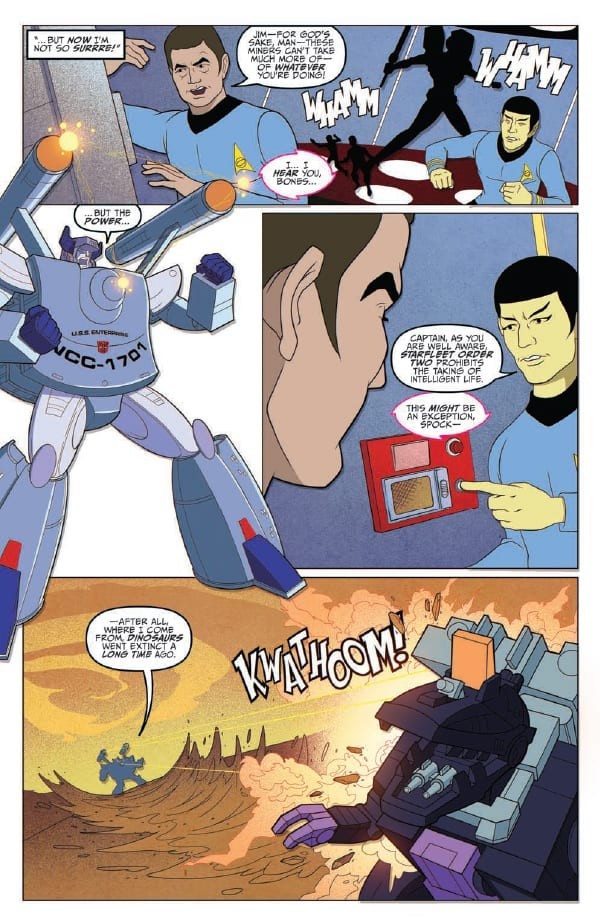 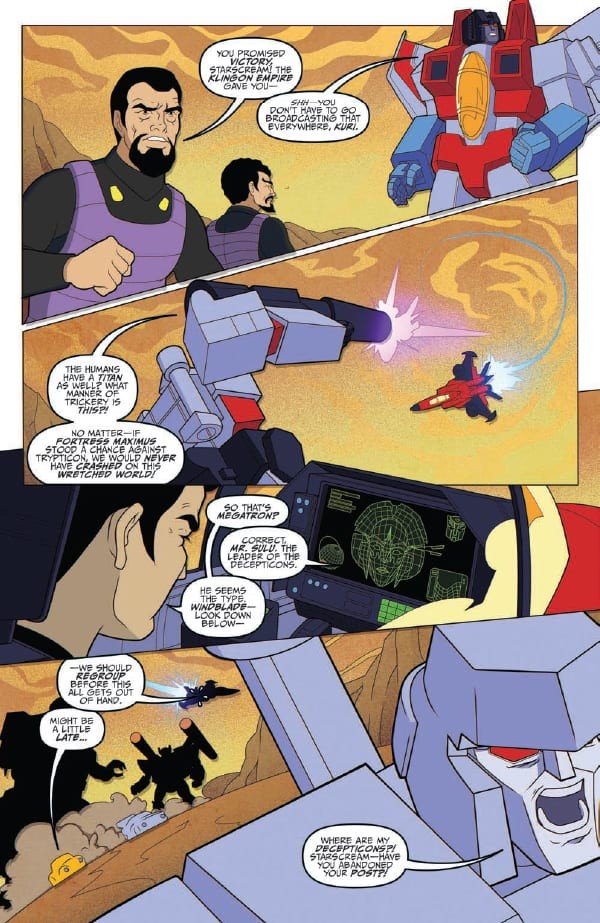 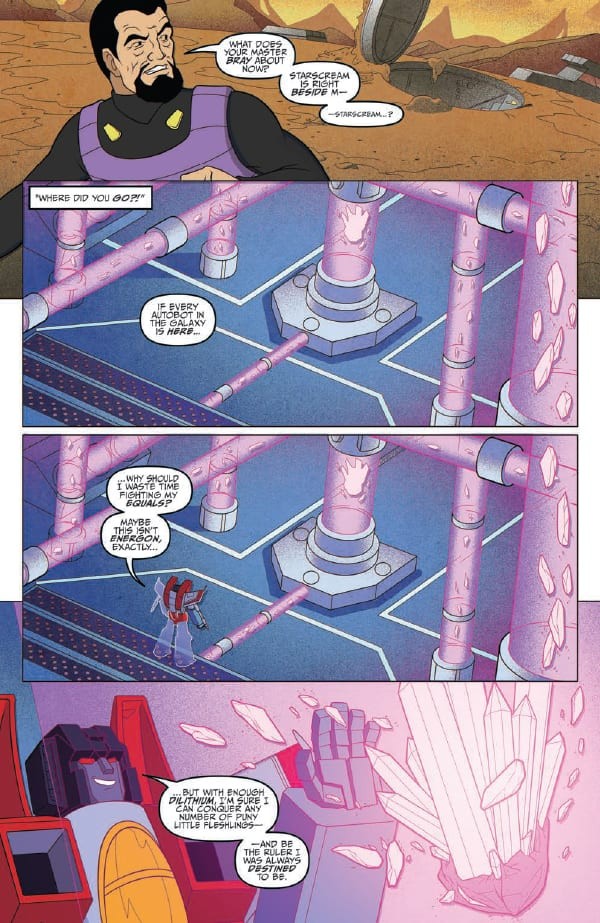 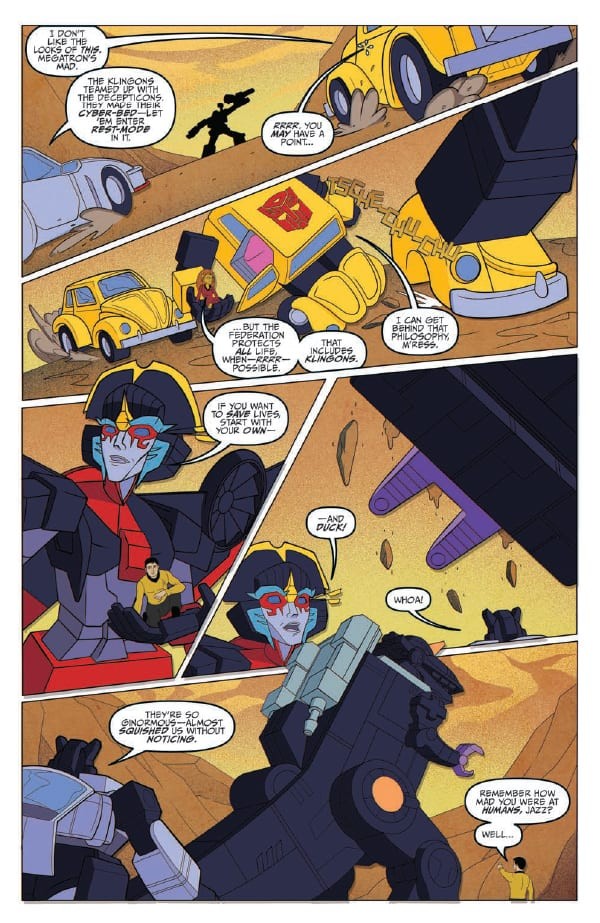 Are you reading this miniseries? What are your thoughts on it? Let us know in the Energon Pub and stay tuned to Seibertron for all the latest news and reviews!

but a few things i would've done.

Trypticon should've had a KBC design

IDW could've used this as an opportunity to have Chekov's first ST TAS appearance (whether it be canon/fanon)
Re: Five Page Preview of IDW Star Trek Vs. Transformers #4 (2026570)
Posted by Stargrave on June 28th, 2019 @ 2:50pm CDT
Thanks to IDW and artist Derek Charm we get to revisit the Star Trek vs. Transformers series at this year's San Diego Comic Con! Check out the press release below: 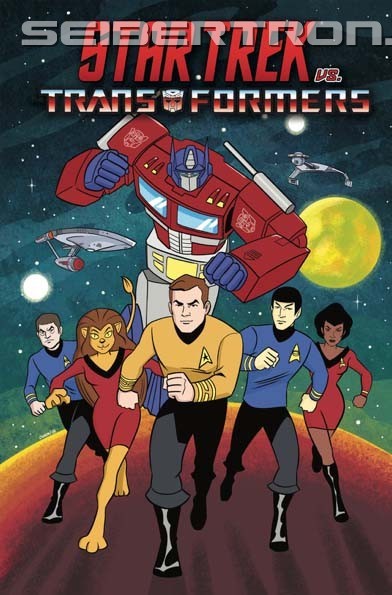 "Check out the complete crossover story that was 35 years in the making, as Kirk, Spock, and the entire crew of the U.S.S. Enterprise crosses paths with the explosive battle between the Autobots and the Decepticons! This convention variant trade paperback has an "animated cell art style" cover by artist Derek Charm.
Price $20.00"

Peace and long life, live long and prosper, and transform and roll out! Share your thoughts in the forum and let us know who you think wins out in one of the greatest crossovers in all sci-fi history.