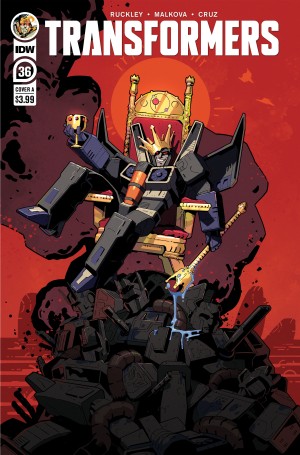 The battle continues in the Sea of Rust with tomorrow's release of Transformers #36 from IDW Publishing. The "Lord of Misrule" story arc wraps up in this issue, with the solicitation teasing the contents as follows:

(W) Brian Ruckley (A) Anna Malkova (CA) Red Powell
"Sea of Rust", part three! The Autobots are outnumbered and surrounded in Termagax's base with Decepticons on one side and the most deadly Cybertronian environment on the other. With an incredibly powerful artifact on the line--one that could turn the tide of the war in their favor--can the Autobots withstand the siege?

Check out the preview below and if you'd like, you can pick this issue up tomorrow at your local comic shop, through a licensed digital comics retailer, or via the Seibertron.com eBay store. 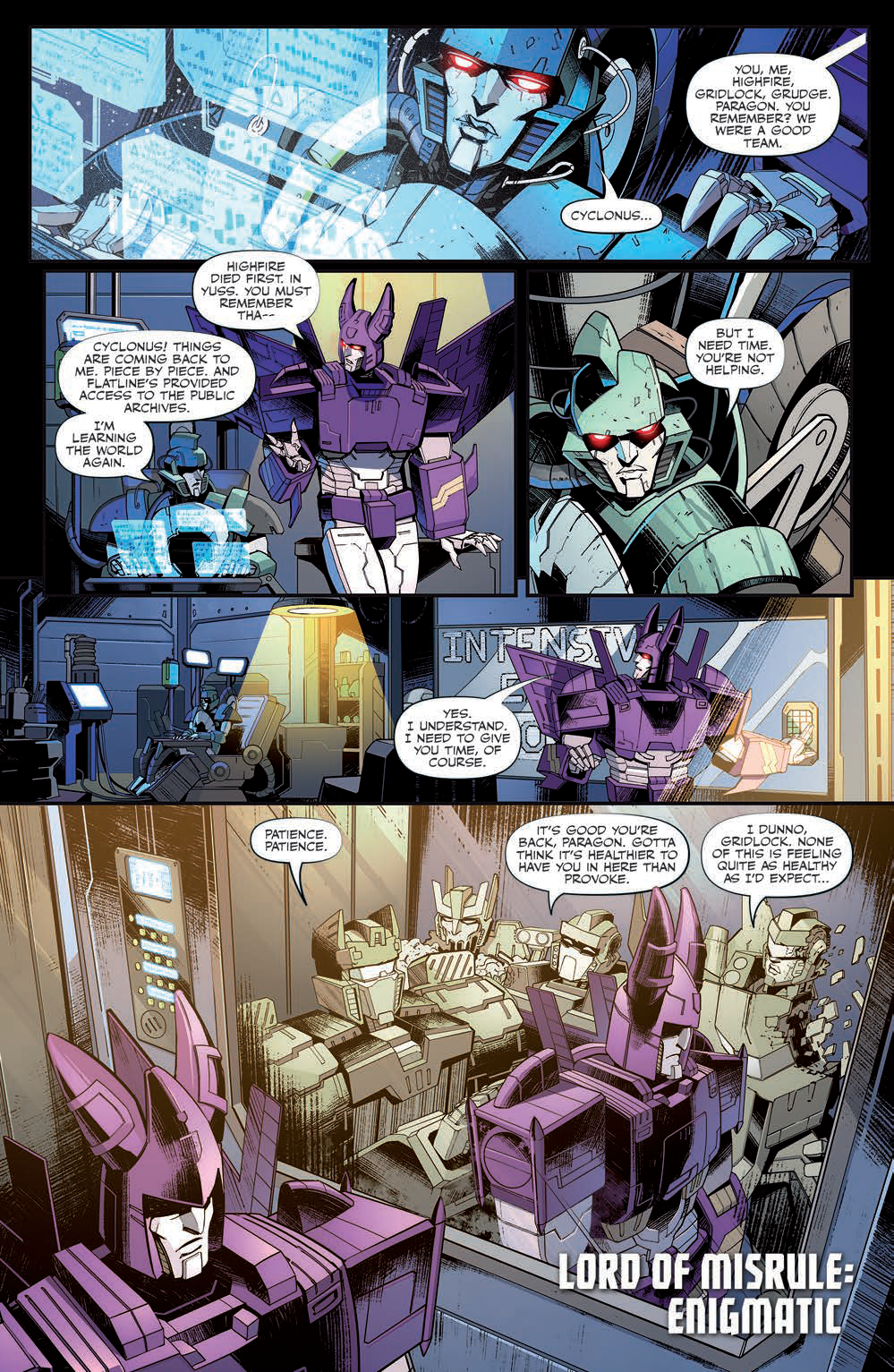 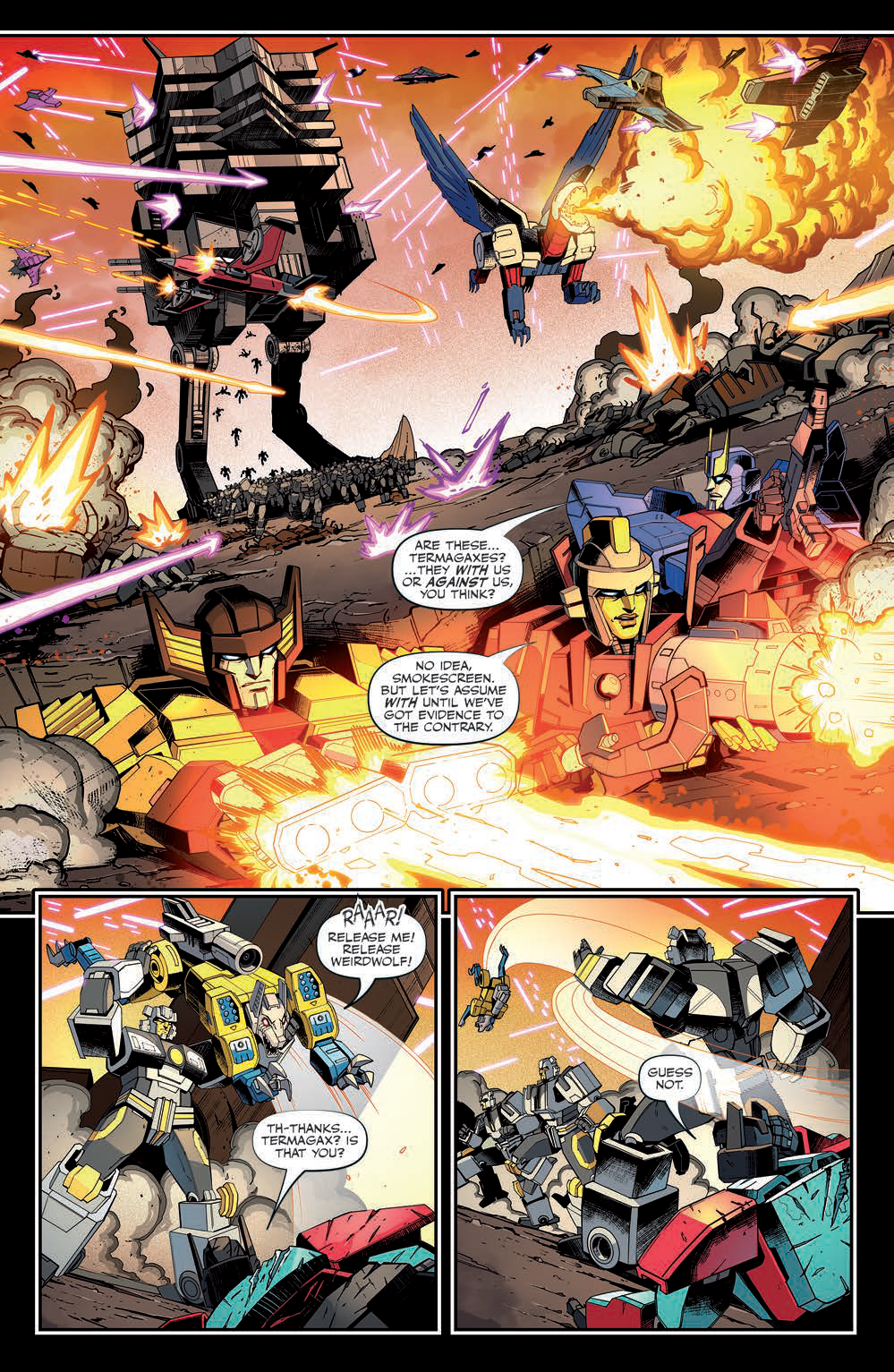 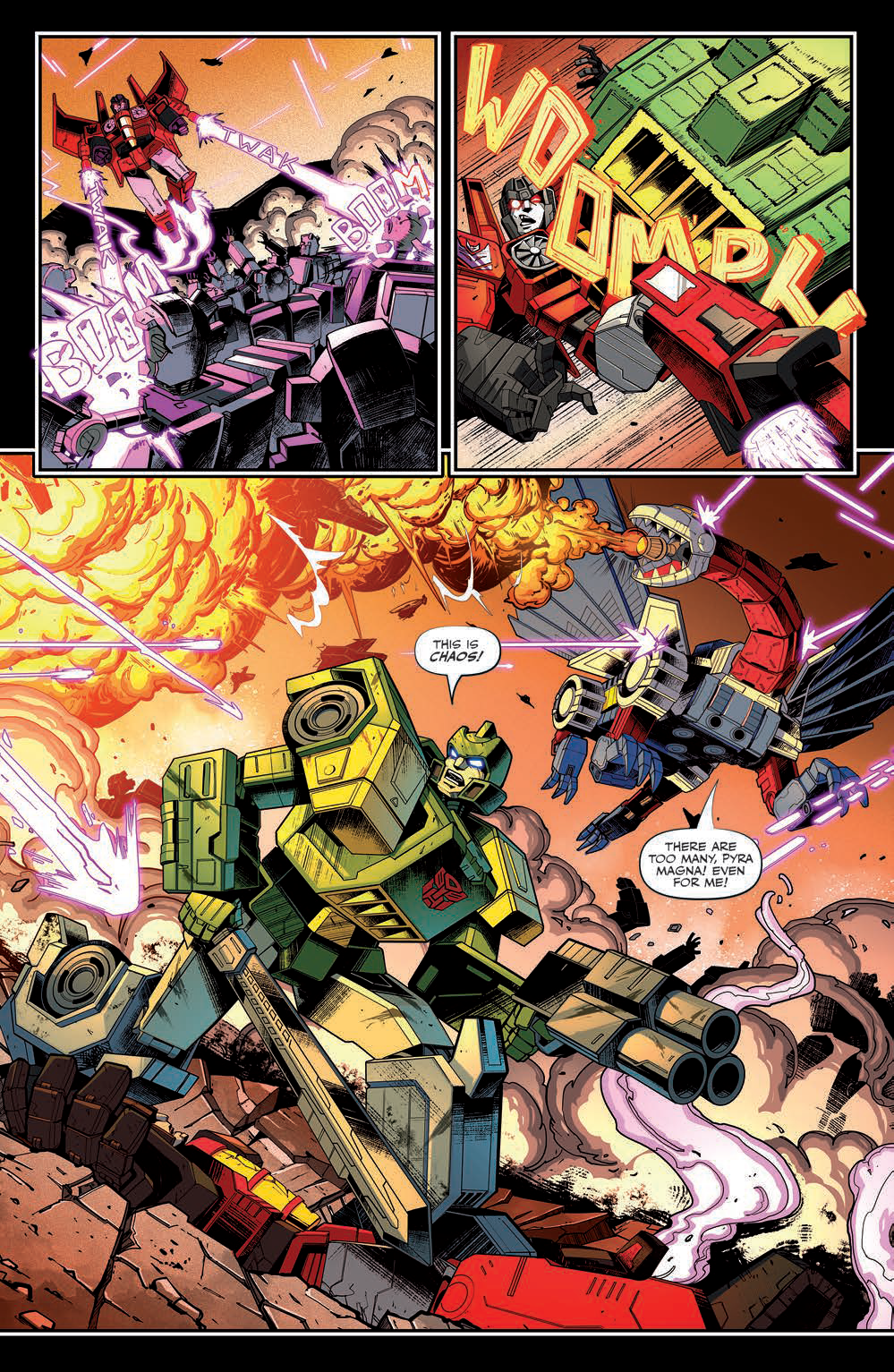 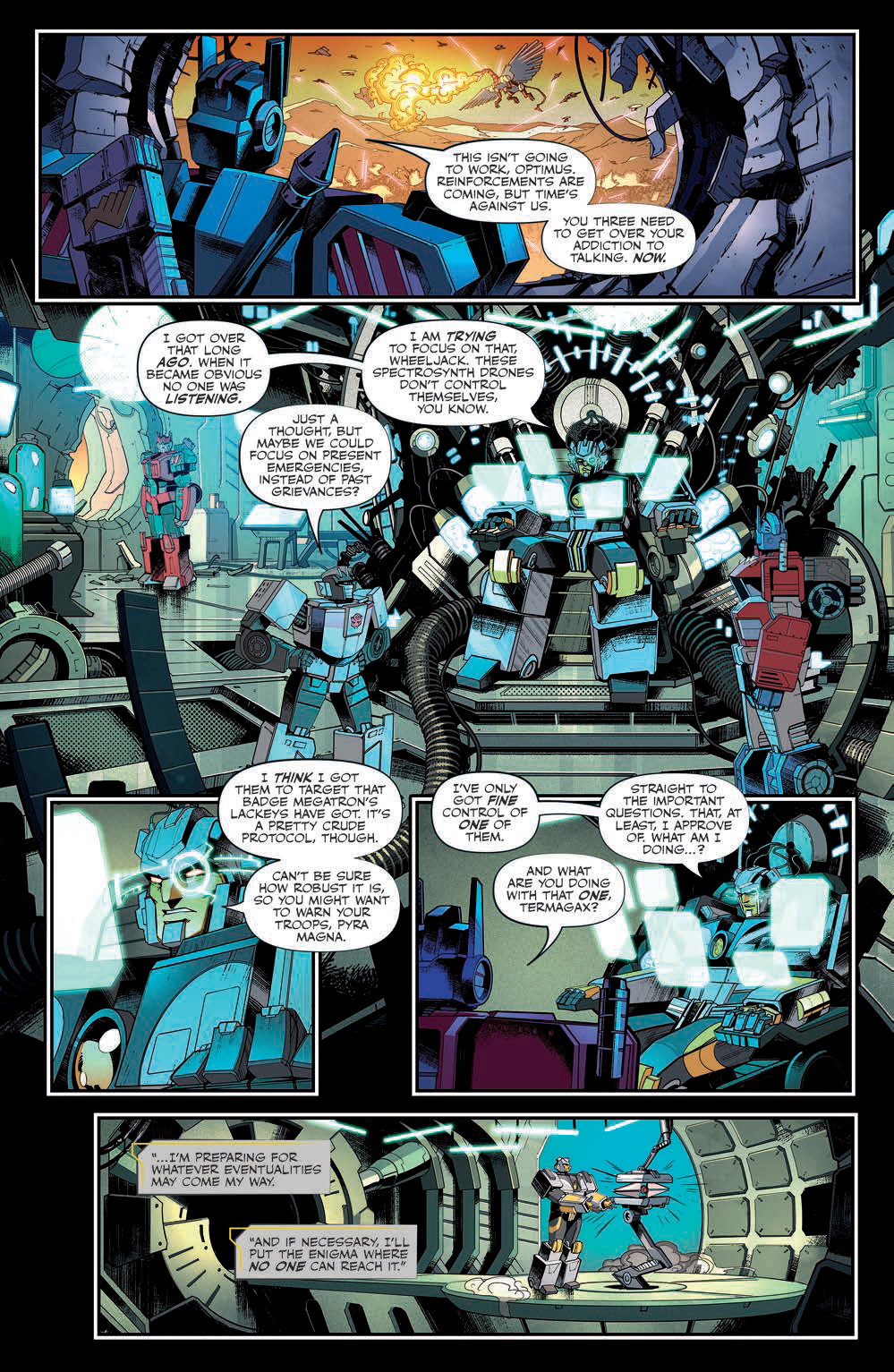 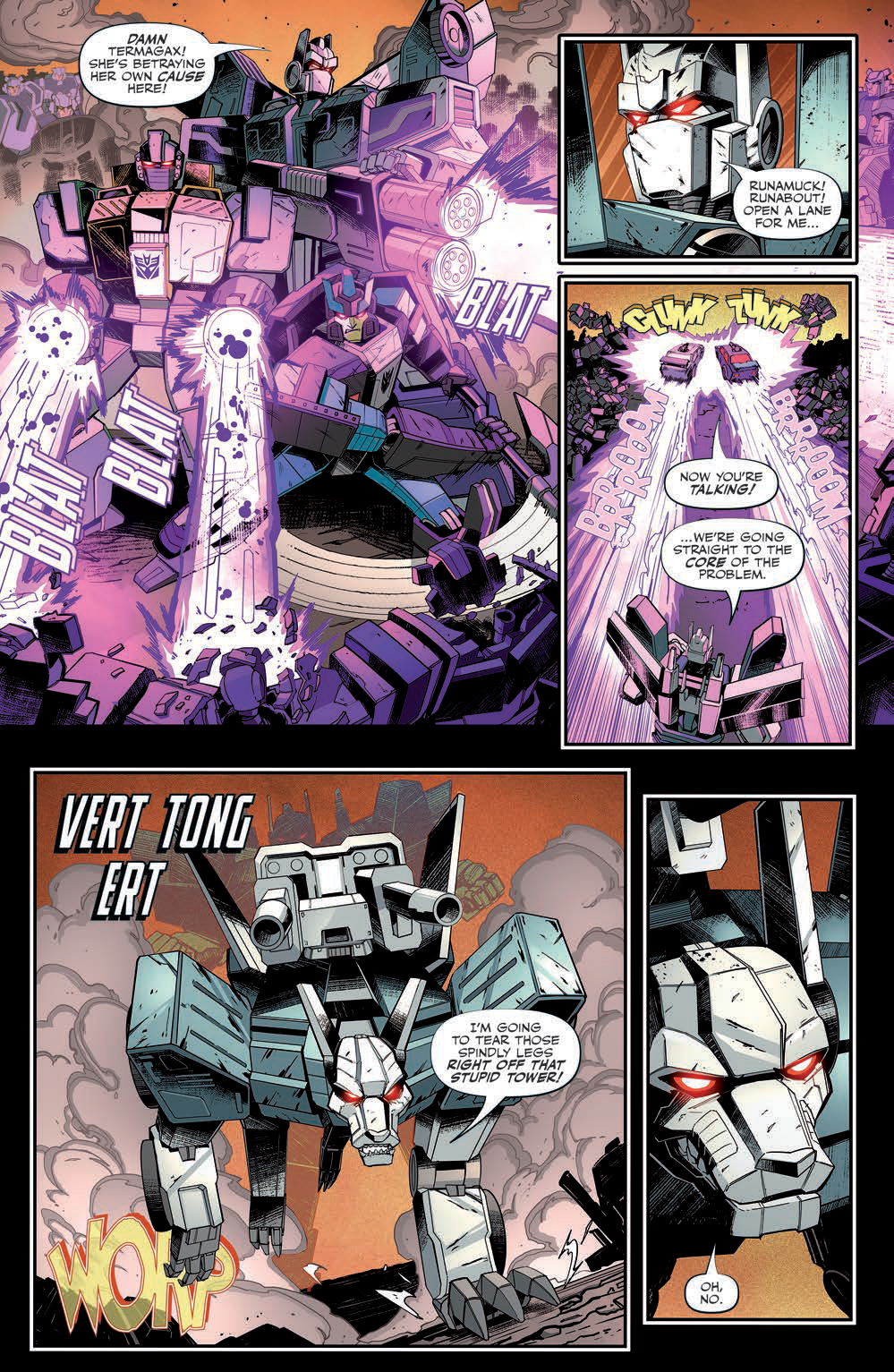