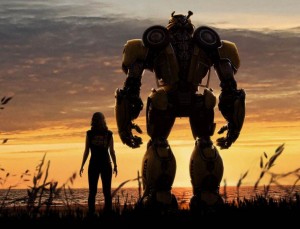 Having given the trailer story some time to settle, and the discussion to start rotating in a more positive way after a long stint in the negative - as the live action movie Transformers universe tends to attract, not entirely unwarranted - we also have the full poster reveal for Bumblebee: Movie, hereafter The Sweet Boy Movie, featuring the titular character and Hailee Steinfeld's character Charlie, and the tagline for the feature: Every Adventure Has a Beginning.

Take a look below, watch the trailer again, and join us in discussing and overhyping this weird and wonderful new entry in the Paramount arsenal coming out just in time for Christmas. 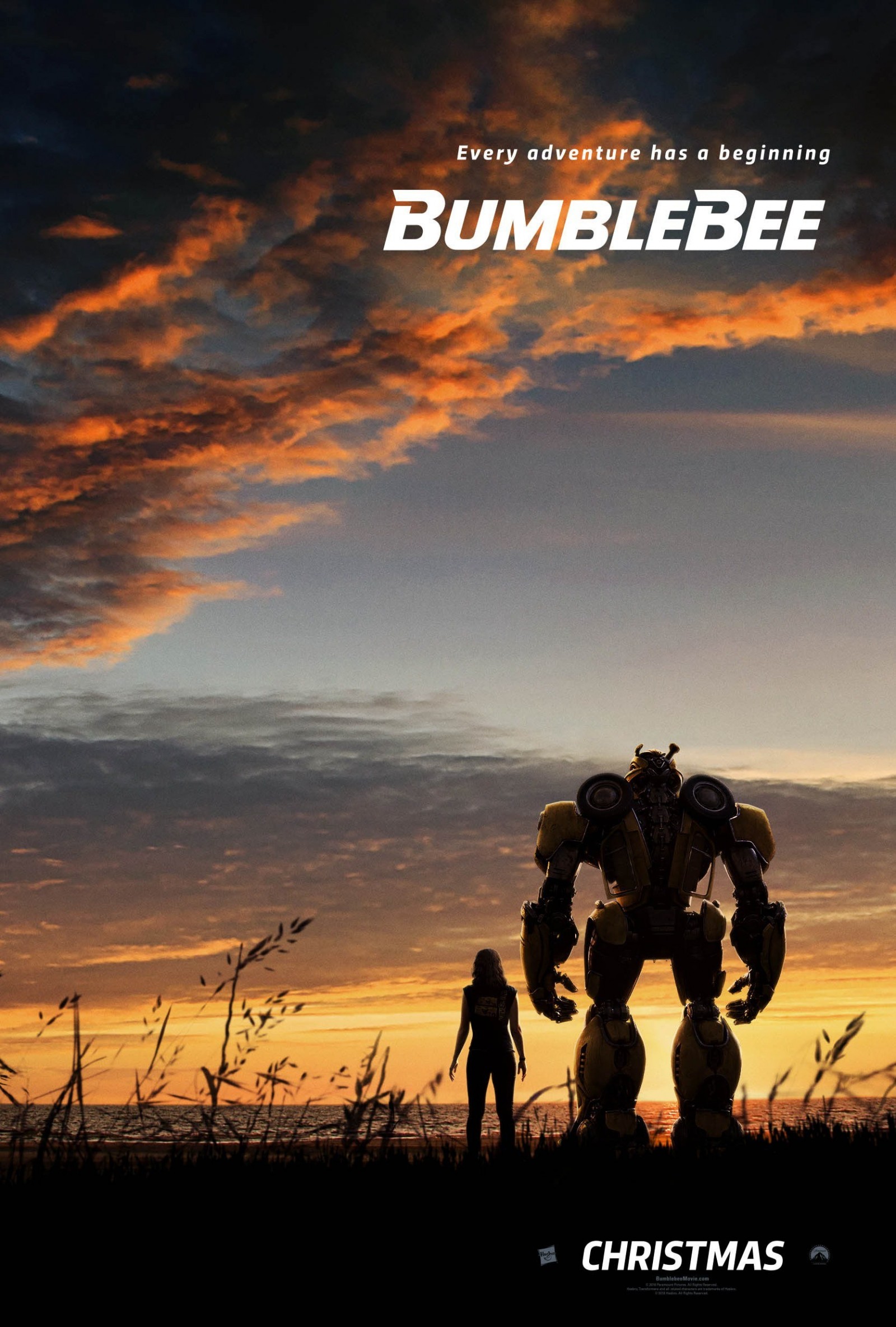 My image is bigger.

My image is bigger. Big time!
Re: Full Poster Reveal for Transformers Bumblebee Movie #BumblebeeMovie (1963292)
Posted by zillakilla on June 5th, 2018 @ 7:04pm CDT
i dunno about this movie, on one hand i like it, i love star screams new design, but on the other hand, i feel like its a train wreck (in my own opinion), now i do love that they made bee his classic beetle self, but i don't like that hes short, in honesty i much prefer is Camaro self. of course i'm not tearing the movie down, i do like where its going and i am excited for it, there's just a few aspects i'm not exactly fond of. that's just how i feel.

With that general context in mind, then, why not join me in speculating about the reasons why this last but first venture (if you are to believe the Paramount direction) outside of the currently beaten path for the Transformers live action movie universe, may in fact be its most successful as a media franchise - in 5 bullet points. But first, take a look at the trailer with us again.

The initial news of a shift in the release date for the movie did not fill us with confidence about this Transformers spin-off endeavour from Paramount, but moving it away from a Star Wars opening was a good move after all, it would seem. That said, there will be competition with other December 2018 openings, such as both Marvel animated Spider-Man: Into The Spider-Verse and WB / DC's Aquaman, followed by the Mary Poppins sequel the following week. 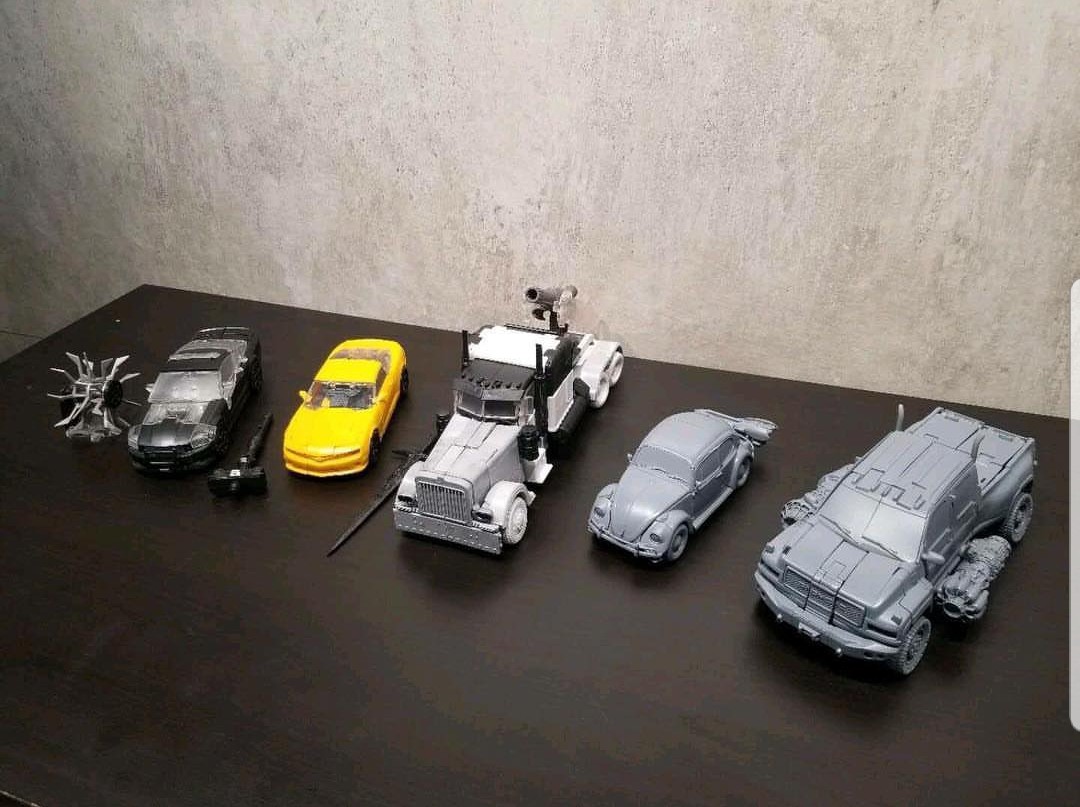 But the best part about the new timing? The marketing campaign cycle and product shelf date will be hitting - allegedly - late October / early November, meaning that the major gift holidays will be included squarely into the product releases, and all leading up to Christmas for that extra oomph in both movie and toy sales. Plus, there's a new Movie Masterpiece figure supposed to be hitting the sweet spot too.

We've been seeing a lot of buzz about toys and products that will be linked or related to the movie, outside of the regular Studio Series and more simplified toylines that will undoubtedly accompany it (and which once again Paramount and Hasbro are keeping under wraps other than peculiar listings and vague names). The latest, in fact, finally featuring the new movie design for Bumblebee himself, were revealed earlier. What is new, again, and exciting, is that licensing this time round also brings back in accompaying literature. 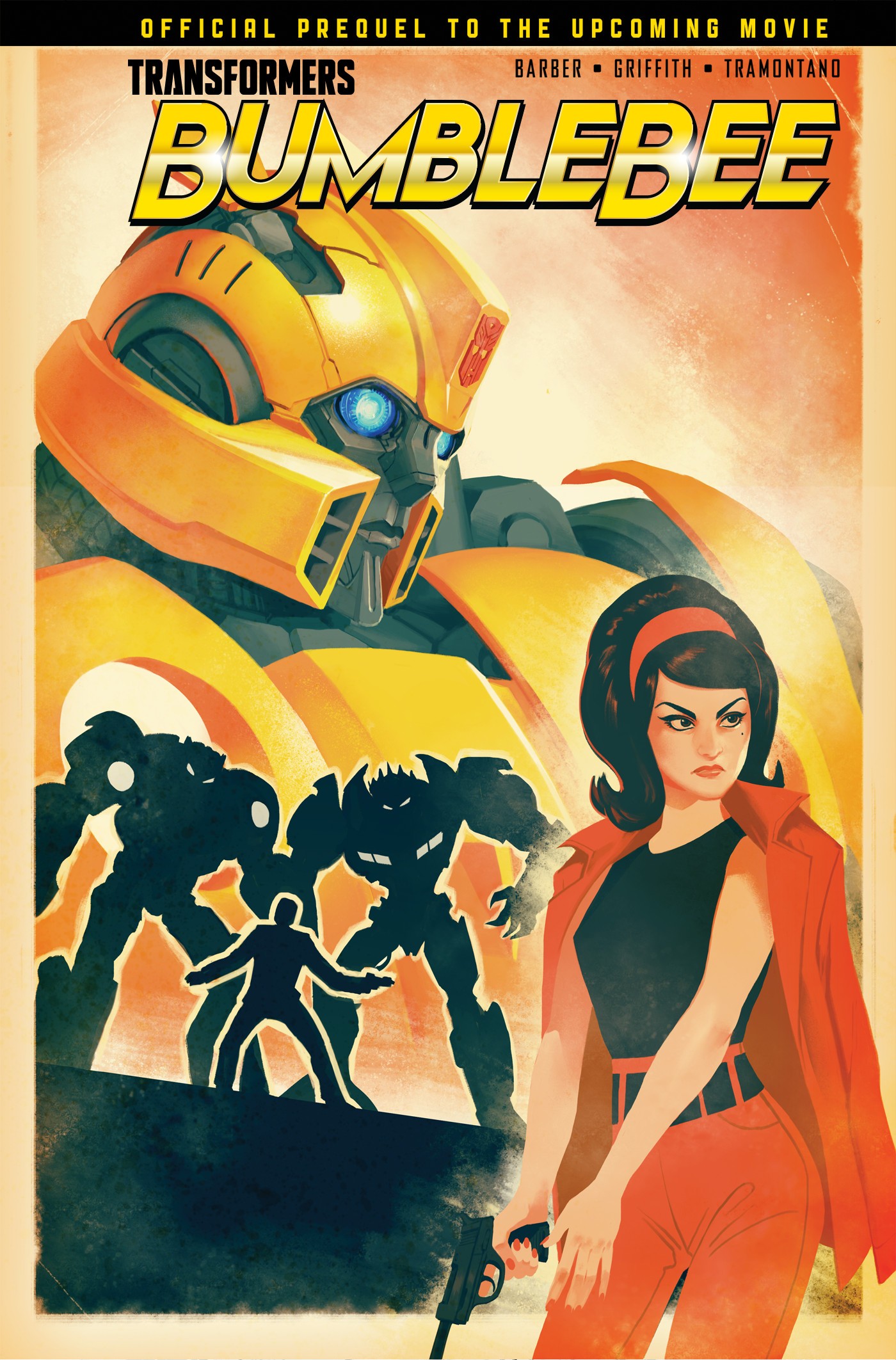 From both the graphic novel and the comics side of things, we get some book tie-ins to the movie that hasn't been seen for a long while in the Paramount universe, to avoid spoilers and leaks getting out there during Michael Bay's tenancy, or so we were told. This also comes at a fortuitous time, as the current IDW Transformers comics will have ended their stories a whole two months prior, and having something to fill that absence - no matter its shape - might prove more of a boost than expected.

Travis Knight is known, sure, but not necessarily that visible a director for the action-movie genre and canons. As CEO and President of LAIKA studios, he's established his presence as an emotional, careful, and detail-oriented children's movies - with a streak towards the darker comedy for adults watching the same movie with their kids. We're talking lead animator on Coraline (a kids' horror to remember, based on Neil Gaiman's chilling tale), ParaNorman (a zombie comedy, with the first openly gay character in children's animation), and The BoxTrolls. 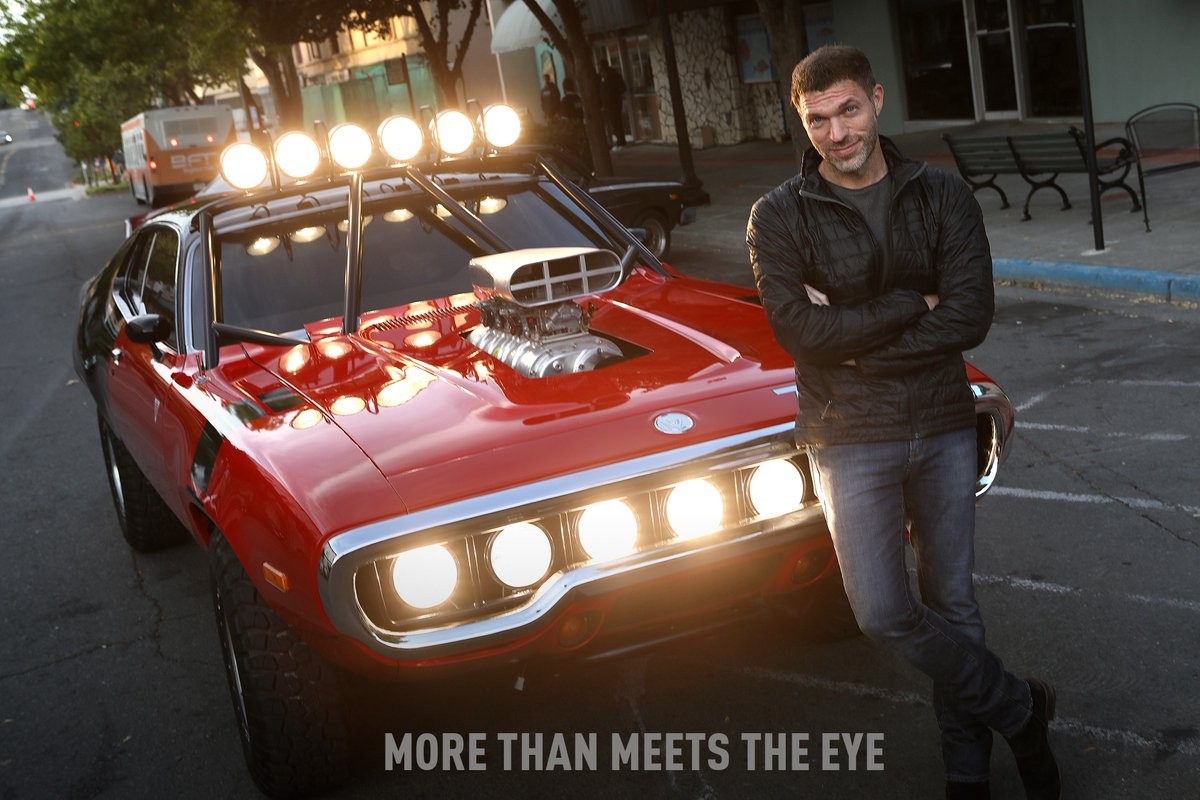 But it's his directorial debut behind Kubo and the Two Strings that fills me with confidence here, along with the presence of the same sound editors Aadahl and Van Der Ryn and composer Dario Marianelli, and writer Christina Hodson, completely switching gears from the Paramount movies so far. We're expecting an emotional, Iron Giant-esque, string-tugger of an experience, and I'm all here for it.

Mind you, you may not know who some of the people involved are - and that may work either way depending on your demographic: older Transformers aficionados may be very familiar with the likes of WWE pro wrestler John Cena and Canadian comedian and actor Martin Short, while younger fans will be totally in the know about actor and comedian Jorge Lendeborg Jr, singer and Nickelodeon actress Rachel Crow, super young Jason Drucker, and of course, sensational Hailee Steinfeld.

And the cast themselves are extremely good at self promotion and image curation - be it from wrestling careers or multi-media spanning appearances and talents - being directly involved in fan interaction and with some seriously impressive followings on social media platforms. Look at it this way: we've had very very little information from the actual marketing team for the movie until now, but Steinfeld's Instagram updates alone have cranked up the hype - and I still haven't mentioned the presence of Starscream. 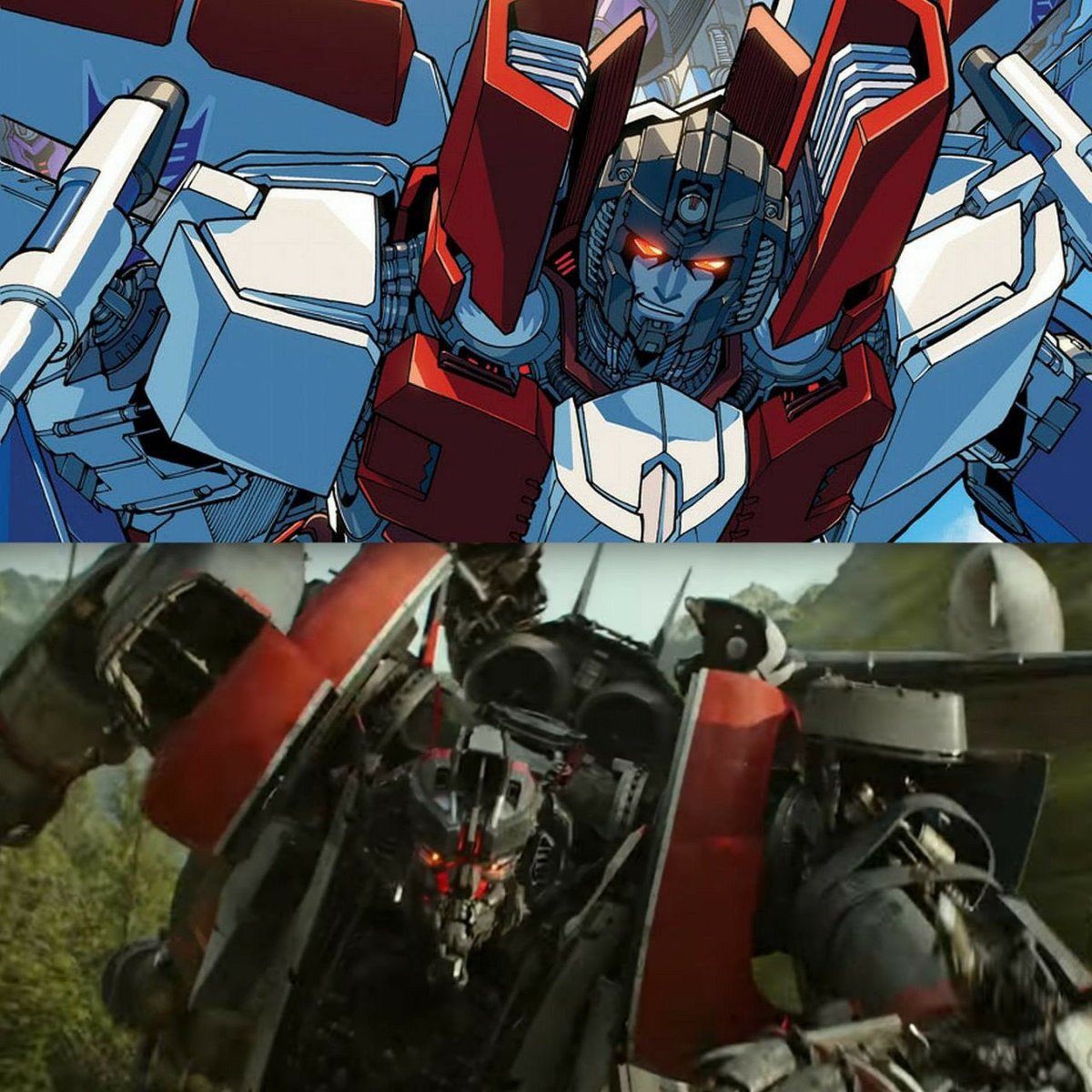 This was clever, extremely so. If The Toys That Made Us documentary's success - and the response to the likes of Visionaries in comics, and Thundercats Roar! in animation - has shown us anything, is that the 80s are still holding a tight grip on current media-consuming general audiences. Specifically for Transformers, the 80s is held in high regard by the adult collector and fan demographic, but is also still the source of the primary material in the franchise.

What Bumblebee does in particular is straddle those two currents: we get the style, the world, the pop media and culture of the time, from clothing to music to what we think we remember from that time - and does so in the modern, media-savvy and social media aware context of part of its target audience. Expect more than just rickrolling jokes, Motorhead t-shirts, and hints and references to the Bayverse for those who still like the franchise despite everything. The adventure is just only starting - again.*

*There is a legitimate concern playing against these final points, that have to do with the Transformers brand specifically, which is an over-reliance, yet again, on the G1 elements (visual, style, story, icons) in favour of anything new narratively. But, with the confirmation that now 11 year old Bayverse is worthy of Easter Eggs from the crew, with the possible Starscream vs Bumblebee dynamic reminiscent of Transformers: Animated, the initial critical reaction to initial footage, the vacuum left by the end of the current, more emotion-oriented IDW comics stories, and the fact that is might be the new benchmark for the future of the media development of the brand, there's enough for now to at least be cautiously optimistic!

What do you think? Does the trailer confirm or dispel your doubts? Will you be watching the movie as it comes out in December? Are you done with the Paramount series? Let us know about this and more, in our Energon Pub discussion boards!
Re: Full Poster Reveal for Transformers Bumblebee Movie #BumblebeeMovie (1963310)
Posted by EvasionModeBumblebee on June 5th, 2018 @ 8:17pm CDT

Wait, what? We hear Bobby B.’s voice, Bee’s design is a variation of his existing movie design, his transformation noise is his unique one from the previous movies, and we see Sector 7. How isn’t this connected to that timeline?
Re: Full Poster Reveal for Transformers Bumblebee Movie #BumblebeeMovie (1963315)
Posted by Mr.MicroMaster on June 5th, 2018 @ 8:39pm CDT

Wait, what? We hear Bobby B.’s voice, Bee’s design is a variation of his existing movie design, his transformation noise is his unique one from the previous movies, and we see Sector 7. How isn’t this connected to that timeline?

Lol I remember when I hated the visible heads on Bumblebee toys, but now I HOPE these have a visible face on the bottom.

Wait, what? We hear Bobby B.’s voice, Bee’s design is a variation of his existing movie design, his transformation noise is his unique one from the previous movies, and we see Sector 7. How isn’t this connected to that timeline?

I believe Will is misquoting stuff.

So, what I was kind of trying to do with this film because it's set in the 80s, was harken back to the great, original, G1 vibe and feeling and tone. So, there are definitely Easter eggs for fans who are down with that sort of thing. There's a lot of continuity between this and the film's that Michael has done. But the film does stand on its own.

bacem wrote:i know this is just wishfull thinking, but looking at that travis in front of red muscle car, i really want it to be cliffjumper.

I'm betting it's Barricade
Re: Full Poster Reveal for Transformers Bumblebee Movie #BumblebeeMovie (1963333)
Posted by Burn on June 5th, 2018 @ 9:39pm CDT
I for one can't wait for the "fanboys" (no one take offense to that FFS...) who have shouted down the Bay movies praise this one and then get on their even bigger soapboxes, bang their chests and roar "I WOZ RIGHT! BAY IZ BAD DIRECTOR!".

Because you know ... it's not like the writers have nothing to be blamed for.

I'm keeping my expectations low, considering trailers often feature the best parts of the movie (or some times certain parts don't even make it into the final product!) and you're left with a big festering crapfest.
Click here to view additional comments about this topic at the Energon Pub Forums ...