Gary Chalk and David Kaye are heading to MechaCon 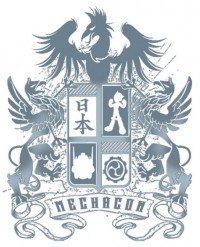 LAFAYETTE, LA: After four successful annual conventions since 2005, MechaCon returns to the Hilton Lafayette on the weekend of July 24-26, 2009 with MechaCon V.

Conveniently located along the I-10 corridor between New Orleans and Houston, Lafayette will again serve as the host city for MechaCon. Being a convention held in the "Hub City," MechaCon is easily accessible for fans from not only south, central and north Louisiana, but also east Texas, Arkansas, Mississippi, Alabama and Florida.

Slated for the 2009 convention is a celebration of 25 Years of Transformers, where two of the voice actors who have brought to life many incarnations of Optimus Prime and Megatron (Garry Chalk & David Kaye), bring the wonderful world of Transformers to attendees. Aside from his acting and voice work, Garry Chalk is also an accomplished musician who will be performing at MechaCon's 2009 Opening Ceremonies and Formal/Semi-formal Dinner.

Aside from Transformers guests, MechaCon welcomes noted legends of anime English dubbing work, Chris and Greg Ayres of Nerima Daikon Brothers, Samantha Inoue-Harte of Sakura Wars, Vic Mignogna and Wendy Powell of Fullmetal Alchemist and Mary Elizabeth McGlynn of Naruto and Ghost in the Shell as honored guests. On Saturday night, following MechaCon's impressive cosplay competition, fans will also be treated to the musical stylings of Vic Mignogna in a concert performance open to all attendees.

In addition to working with many companies and professionals in the Anime industry to bring attendees the most enjoyable convention experience possible, MechaCon V will also be a return stop on Harmony Gold's Robotech Convention Tour 2009, where MechaCon welcomes back Kevin McKeever, Operations Coordinator of Harmony Gold as an honored industry guest.

They wanted some of us 501st members to "play security" for this event..
If I had the cash I would be going to be with my 501st bros BUT this is something new!!!

I may actually try and go to this now...