Toyfair, NYC- GI JOE and TRANSFORMERS brands have been together for quite some time. Spawning various cross-overs, fan fiction, and kitbashes, it's usually hard to talk about one without talking about the other eventually. Both brands even have live action movies set for release this summer.

In that vain, site owner SEIBERTRON recognizing that there may be a fair amount of GI JOE fans and collectors on the site as well (myself included), aims to please by doing his usual stellar job with capturing images for us to drool over. This time the products are the new GI JOE items shown at Toyfair in NYC.

You can view the gallery of Toyfair 2009 GI JOE images here including a lot of movie product and a few items finishing up the Anniversary line. Then join in our discussion of all things modern era GI JOE here.

And of course, then you can always go back and check out all things Transformers seen at Toyfair '09, here. 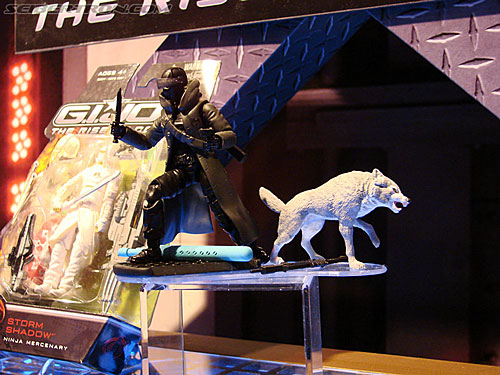 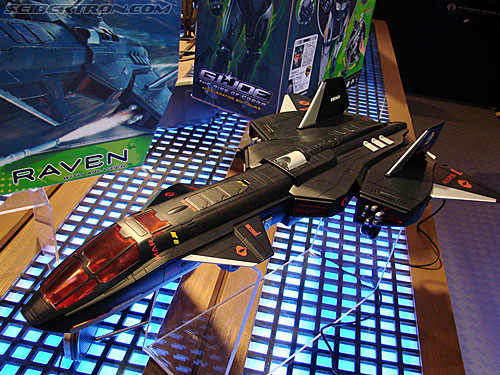 Re: GI JOE Toy Fair '09 Product Display Images (884620)
Posted by dragons on February 15th, 2009 @ 11:50am CST
im littel disspoainter but not that all surprised not to see any pictures of destro, or cobra comnnader i wanted to see better looking mask on cobra commander instead of looking at the robot heroes version of him with his mask on same with destro i wanted to see how detaild it look in the film but the ddint release the figures or any images of thos guys guess it would be giving to much away of the film if they didd.

Is this Cover Girl?

And who is the bald guy?

Is this Cover Girl?

And who is the bald guy?

Yes that is Covergirl. Supposedly she's not going to have a big part, more acting as Hawk's Secretary.

Rumor has it she's gonna get ninja'd by Stormshadow.

Still, Covergirl is one of the chars I've been waiting for in the ME line that hasn't been released. She really should have been included in the First DVD pack.