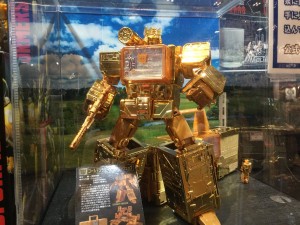 Thanks to @TF_pr on Twitter, we a have a picture of Golden Lagoon Soundwave at Wonderfest 2019! This is one of our first pictures of this shiny fellow, who we usually saw in stock photos. The figure is a redeco of Titans Return Leader Class Soundwave, cast in gold colored plastic, with painted gold chrome over it. This refers to the Transformers Generation 1 episode "The Golden Lagoon," which starred, the Golden Lagoon, in which everyone was dipped in gold. The figure utilizes the original Soundwave sculpt, instead of the Bumblebee retooling.

So, thoughts of this now that we see a good picture of this lad? Tell us your thoughts in the Pub forums below! 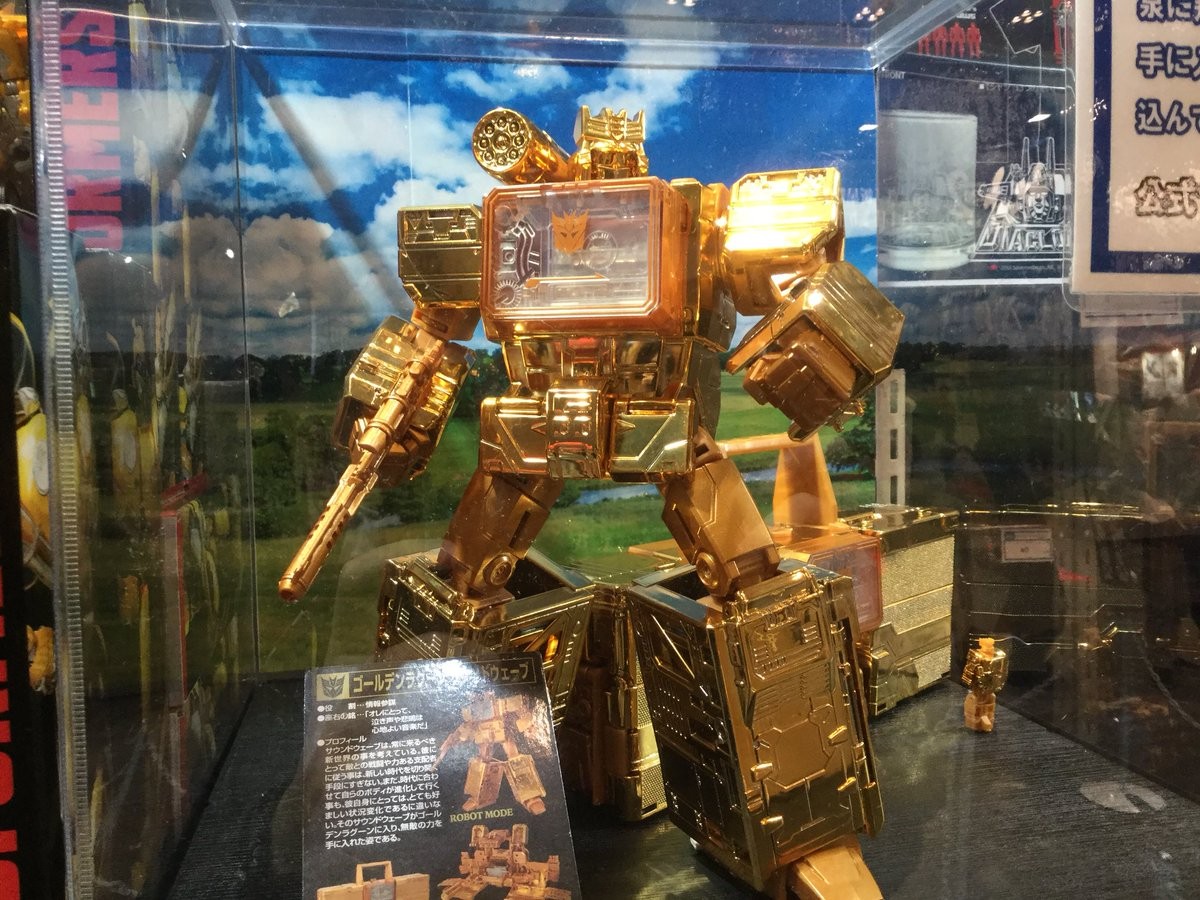 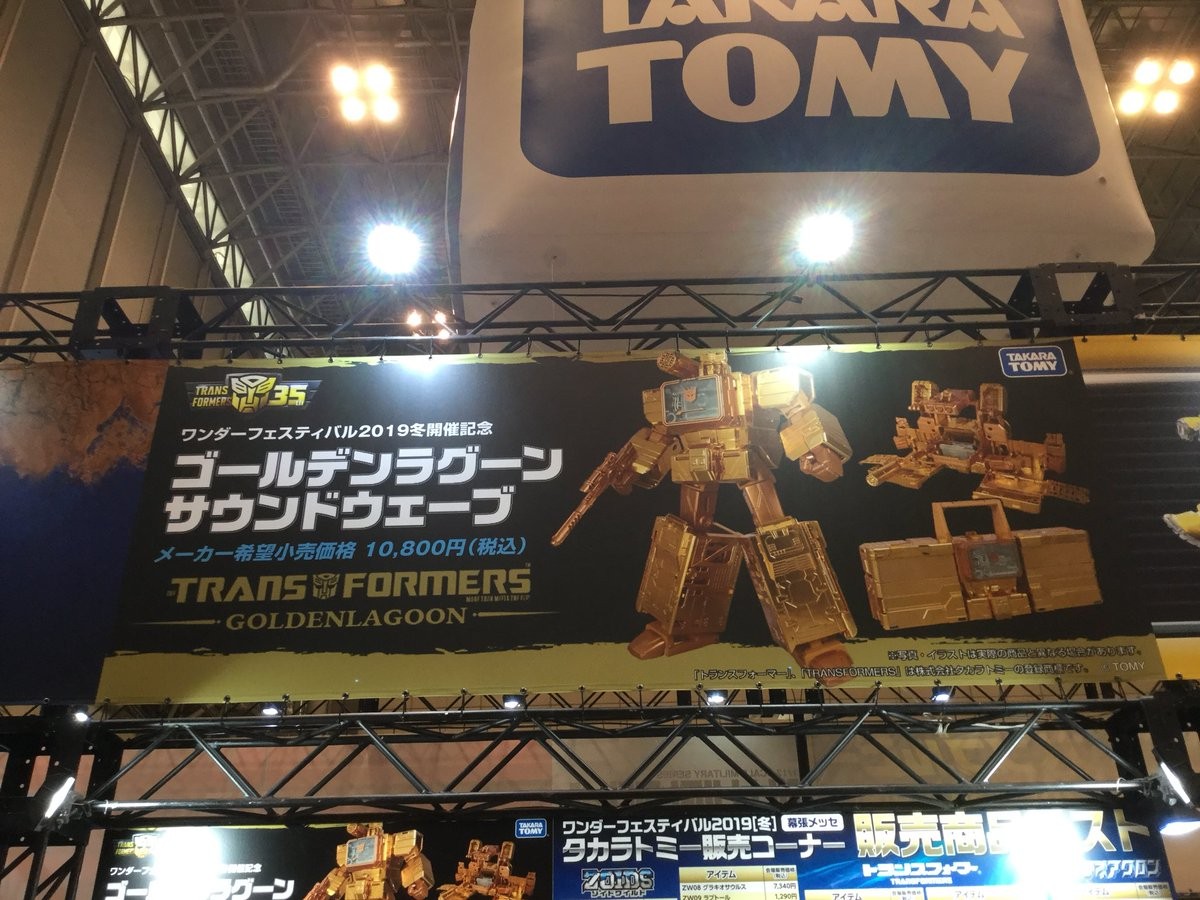