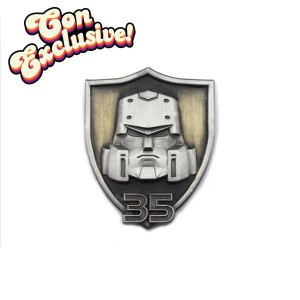 Thanks to a heads up from Seibertronian Podcast star xRotorstormx, we have word that the Han Cholo Transformers jewelry and merchandise New York Comic Con exclusives are now up for pre-order! Han Cholo has produced some pretty spectacular Transformers related merchandise, such as necklaces, pins, rings, and more, and now they have some special New York Comic Con exclusives that help commemorate the 35th anniversary of Transformers.

In addition to the Transformers related merchandise, there are also pre-orders for items related to Voltron, She-Ra, and others as well.

Check out the announcement from Han Cholo below, and let us know if you intend on picking up some of these exclusives! And keep an eye out as we close in on New York Comic Con, set to run from October 3-6 of this year.