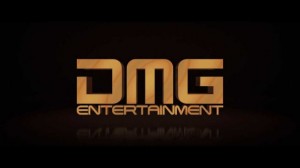 Thanks to a new press release, courtesy of Hasbro themselves, we have news that Hasbro has partnered with DMG Entertainment to create new digital virtual and augmented reality experiences, beginning with one in Shanghai! This new experience, centering around Transformers, involves VR/AR technology, which will give the viewer the experience of a highly interactive environment filled with their favorite Transformers. The experience so far is set to only appear in China, though this does not mean that the experience will not come to other parts of the world. You can read up on the press release below, and let us know what you think in the comments section below!

BEVERLY HILLS, Calif. – May 23, 2017 – In collaboration with Hasbro, Dan Mintz’s DMG Entertainment is launching highly-immersive, interactive Transformers digital simulation experience centers. Featuring up-close and personal character interactions, highly immersive virtual and augmented reality technology, interactive environments and activities featuring the latest digital technologies, guests will experience the Transformers universe like never before. Debuting in Shanghai this summer, the centers will expand to other China cities regularly over the next five years and be designed with the global audience in mind.

Born from the massively popular multi-billion dollar franchise, the Transformers centers put participants right in the middle of the action, allowing them to immerse themselves side by side with the characters and engage in a variety of missions. Imagine battling against the evil Decepticons on Cybertron alongside Optimus Prime, or climbing behind the wheel of Bumblebee for the ultimate driving experience. Guests of all ages can unleash their inner hero in this immersive, next-generation adventure, right alongside their favorite Transformers characters.

“We’re pushing the boundaries of creative storytelling by harnessing innovative, immersive and interactive technology that brings fans into the Transformers world like never before.” said Mintz.

The Transformers franchise, which began with a toy line more than 30 years ago, has expanded to include comic books, animated series, films, video games and consumer products. The most recent Transformers film, 2014's TRANSFORMERS: AGE OF EXTINCTION, earned more than $850 million internationally. TRANSFORMERS: THE LAST KNIGHT opens worldwide on June 21 with additional sequels planned for release in 2018 and 2019.

DMG, in collaboration with S2BN, is also in development on a Transformers Live show.

About Hasbro
Hasbro (NASDAQ: HAS) is a global play and entertainment company committed to Creating the World's Best Play Experiences. From toys and games to television, movies, digital gaming and consumer products, Hasbro offers a variety of ways for audiences to experience its iconic brands, including NERF, MY LITTLE PONY, TRANSFORMERS, PLAY-DOH, MONOPOLY, LITTLEST PET SHOP and MAGIC: THE GATHERING, as well as premier partner brands. The Company's Hasbro Studios and its film label, Allspark Pictures, are building its brands globally through great storytelling and content on all screens. Through its commitment to corporate social responsibility and philanthropy, Hasbro is helping to make the world a better place for children and their families. Learn more at http://www.hasbro.com, and follow us on Twitter (@Hasbro & @HasbroNews) and Instagram (@Hasbro).

About DMG Entertainment
DMG Entertainment is a global media and entertainment company with diverse holdings and operations across motion pictures, television, comic book publishing, gaming, next-gen technology and location-based entertainment. An entertainment powerhouse valued at more than $6 billion, DMG Yinji is publicly listed in China. The studio’s films include the critically acclaimed sci-fi time travel hit LOOPER and the global blockbuster IRON MAN 3. Later this year, DMG and James Cameron will bring TERMINATOR 2 back to the big screen in an immersive 3D special edition. Other upcoming releases include BASTARDS with Owen Wilson and Ed Helms, John Curran’s CHAPPAQUIDDICK and THE PACT Starring Leslie Mann and John Cena.