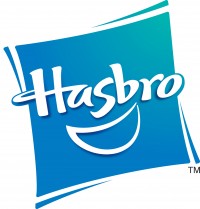 We received the following message from Hasbro yesterday morning which addressed conflicting reports about the continuity of Transformers Prime, War for Cybertron, and Exodus. According to Hasbro, all 3 are part of the same continuity despite several conflicts from the Transformers Prime episodes.

Please look for further details about the continuity plan and new projects over the next year.

Pretty ambitious but it should be exciting.
Re: Hasbro clarifies continuity of Transformers Prime, WFC, Exodus (1155884)
Posted by gantzrunner on December 9th, 2010 @ 11:19pm CST
Great. Now we have yet another broken continuity to go with our IDW universe (with the various character style and design variety as well). Don't get me wrong, WFC is amazing, and I think Prime has potential...but come on they already had continuity issues between WFC and the first few episodes of Prime..and I have a feeling it's gonna get worse when WFC2 comes out. And honestly, Prime can't possibly match the graphical standards of the games...so it seems even more out of place.

Re: Hasbro clarifies continuity of Transformers Prime, WFC, Exodus (1155885)
Posted by Pyrostrata on December 9th, 2010 @ 11:23pm CST
After episode 2 of Prime, it was abundantly clear that this press release is nonsense. It also shows that NO ONE at Hasbro has either played (or watched it played) War For Cybertron or watched ANY of Prime at all!

Talk about your infinite loop of main cast. I know Rodimus Prime failed initially, but I think we're all ready to move on. Iterations of Optimus, Bumblebee, Megatron, Starscream, et al are immensely "

" thematically. Will we ever see Generation 3?

On Topic: Perhaps the continuity errors are due to the same story being told over and over again. Maybe they should have never brought Optimus or Megatron back in the first place.
Re: Hasbro clarifies continuity of Transformers Prime, WFC, Exodus (1155896)
Posted by Agamemnon on December 10th, 2010 @ 12:17am CST
Not sure is any of you have read Exodus yet, but I have to call bullsh..err...horsehockey! (To quote Colonel Potter. You know Colonel Potter? From M*A*S*H?

I don't know if it needs it, but I will try to spoiler protect what follows:

There are many inconsistencies, and downright changes to the story, between Exodus and WFC. In reading Exodus, I could see that perhaps it could be in the G1 continuity, but there was a point about two thirds of the way through when it was painfully obvious this was probably the movie-verse instead. It outright contridicted G1 in several aspects.

As far as Exodus and WFC, towards the end of Exodus, it tells the same story about Omega Supreme as WFC, but in a completely different manner. Omega was brought down by Starscream and the seakers and crashed in the book, not in any way like how it happened in WFC with Megatron taking out Omega. The manner in which Zeta Prime (Sentinel Prime) is taken down/out by Megatron is completely different too. As is how Optimus gets the matrix and becomes Prime.

The point is that Hasbro already has so many universes. Let them be! Don't fight it. In fact, one of the great things about Transformers is that we each can tell whatever stories we want with whatever characters we want. How much fan fiction is there out there? Some of it really good, much of it horsehockey. But all of it the author's own. The toys spawn creativity and imagination. Let it happen! Don't try to reign it in or put boundaries on it. All that will end up happening is people will rant, get upset about every little detail and inconsistency in every piece of fiction produced. As a TF fan I can say: WFC is FUN TO PLAY!! Exodus was fun to read. The Bay movies are fun to watch. G1 is fun to experience, though it feels different now than when I was ten. Beast Wars was awesome! I did not care for the dubbing on the Unicron Trilogy, but there were some excellent toys and gimmicks in the lines. I love all of the toys! Why must any of it be shoehorned into one universe? Let it be and let the universes grow and flourish within each of our imaginations.

Man, I didn't mean to rant like that. I guess work has been just that stressful.
Re: Hasbro clarifies continuity of Transformers Prime, WFC, Exodus (1155904)
Posted by Fires_Of_Inferno on December 10th, 2010 @ 1:11am CST

Skyfire-5 wrote:Will we ever see Generation 3?

That's what Beast Wars was

I always hated this idea when it was first hinted upon, it doesn't make any sense first of all, secondly, I haven't read the novel, but they don't mention any key plot elements that would connect the two (like why no one else seems to know what dark energon is), and the character designs are FAR different. They really needed more communication between their game development teams, their writing teams, and their animated series teams.

Fact is, WFC was made as a prequel to G1 and it works as a prequel far better then anything we've previously had. It works better as a prequel to G1 then it does Prime, that's for sure! The only major contradiction that is in WFC is the existance of Silverbolt and Airraid, but the story is open enough for there to be a reason for them needing to be re-created. Not to mention the fact that G1 itself wasn't really good at the whole "they were made during the series, they cannot be on Cybertron" thing (Looking at YOU, Constructicons!).

Exodus is just on its own, it isn't the same story as WFC and unlike WFC it doesn't fit into any continuity. It's a single continuity.
Re: Hasbro clarifies continuity of Transformers Prime, WFC, Exodus (1155918)
Posted by Rodimus2006 on December 10th, 2010 @ 3:09am CST
I told you all WFC is the begining of time and it is connected to Prime which is the future. Prime isnt related to the movies or have any connection to them.

WFC, WFC 2, Exodus, Prime. I been gettin things right alot any more and I was right about the Transformers Time line.

The movie-verse is it own unique thing it just borrows from other aspects of past Transformers and usses plot devices in its films however the Allspark was never seen in any of the series expcept for Animated.

So there Prime and WFC are connected howver Prime & the movies are not connected.

Think video games like Bioware they make Dragon Age & Mass Effect they are done under Bioware but they are done buy seperate teams only common thing they have they are owned by EA/Bioware.

Think in terms of Star Wars as WFC is the Beginning then Exodus is the middle and Prime is the Present.
Re: Hasbro clarifies continuity of Transformers Prime, WFC, Exodus (1155919)
Posted by Wolfman Jake on December 10th, 2010 @ 3:09am CST
It's an interesting twist that the creators of a certain property are the ones fascinated by trying to unify all of its iterations into one coherent story as opposed to the fans. Look at the storied "Legend of Zelda" series, for instance. So many fans try so hard to place each game in the series into a timeline, even going so far as to create alternate timelines that split and recombine and whatever just to avoid having to admit that the games just flat out contradict one another time and again. Even the creators admit that the games don't all fit together and are just retellings of the same stories and themes.

That's what I've always thought of the Transformers franchise. Every few years, it's a brand new take on the same basic premise: Autobots vs. Decepticons, war leads to fleeing Cybertron, the battle comes to Earth, and the rivalry of Optimus Prime and Megatron lives on. I think that makes the brand as a whole stronger in the sense that it can keep re-inventing itself around the same basic idea and it still (usually) works. When you start trying to make it all fit together, it all comes apart, and all the individual tellings of the story are diminished. We don't need a streamlined singular timeline, or a fully mapped out "multiverse," or poorly thought out ideas like each member of the original Thirteen being the same entity in every universe, to enjoy Transformers.

I wonder if this effort by Hasbro to make everything Transformers fit into a unified timeline is mostly motivated by a perceived need to rein the Transformers brand back into a fully unified, singular line of toys for the sake of the retailers? I don't know why that would be such an issue now, as both collectors and kids seem not to have trouble at all buying the toys they like and ignoring the rest.
Re: Hasbro clarifies continuity of Transformers Prime, WFC, Exodus (1155947)
Posted by warwik311 on December 10th, 2010 @ 4:59am CST
What if we're looking at this all wrong? While we're looking at the stories of Video Games, Cartoons, and books, Hasbro is looking at toys. We're trying to make all of the stories fit into one line and Hasbro is trying to make all of the toys fit in one line, Generations.

Rodimus2006 wrote:Think in terms of Star Wars as WFC is the Beginning then Exodus is the middle and Prime is the Present.

You very clearly have not read Exodus. Exodus starts off BEFORE WFC, then completely retells WFC's story with only very superficial similarities(Dark Energon, Starscream on a sattelite, Omega Supreme does... Something.). Neither stories, in anyway, fit together in the same timeline nor can they plausibly fit into Prime's continuity... In just FIVE episodes it's contradicted most of the events in both the game and book's continuity.
Re: Hasbro clarifies continuity of Transformers Prime, WFC, Exodus (1155958)
Posted by BattleRoller23 on December 10th, 2010 @ 6:35am CST
Not to me they are not.
Dis Continuity!