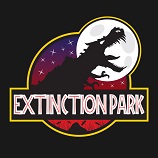 WarPorn Industries and the RDD proudly present
The Campaign for Cybertron
SEASON 2: Extinction!
HMW BITES BACK!

Don't worry, I wont bite... unless you ask really nicely.
Hey there Losers and Ladies, I'm Zombi Cheerleader and we're back! Did you miss me?

Tonight on WPNN - The WarPorn News Network - it's the news you have all been waiting for! Our inbox has been literally exploding with your demands for it's return, most of which we can't read publicly, but we here at WarPorn have gone through them all, and have answered your prayers! Kinda.


The Campaign for Cybertron is RETURNING!!!

But before we can get to the actual game, I'm being forced to hand you over to our 'glorious leader' and creator of the Campaign so he can update you all on how it all works, how to join in and most of all - what he has changed from last time...

His most glorious midgetness, Senator Psychout wrote:Peons of Cybertron,
WarPorn Industries brings you C4C Season 2: Extinction! An ongoing battle for Cybertron, fought over a series of rounds for control of our planet using the Heavy Metal War missions.

Before we can begin though, I have to say a few words...

We tamed the mighty Sharkticon!
We battled an invasion from a galaxy far far away!
We hunted and scavenged for new technologies and built mighty new weapons!
But we failed to have a great war.

The rest of the Senate accepts responsibility for that and, in our infinite wisdom, we have taken the feedback you gave us and deliberated on their mistakes.

Therefore, to correct this and keep the energon rolling in to maintain our impartiality as your Senate, we are hereby enacting a new ordinance:


The Seibertronian Accord
This Accord is in 2 parts:


1) Awards:
No faction will gain an advantage over the other in terms of armaments, altmodes or tactics for more than 2 weeks. So, no matter which faction is the eventual victor, the opposition will still get their participation trophy.

2) Balancing:
When Commanders sign up for any challenges set by the Senate, the faction with the least commanders entered will be given the option to select 'Drone' back up.
i) This backup can be chosen from any commander within their own faction, and is to be announced in any relevant mission threads.
ii) The Drone commander chosen does not have to be a regular visitor to HMW: General Discussion.
iii) The Commander announcing the Drone is responsible for posting any scores/results the Drone achieves, however they can be privately collected as a group, if the choosing faction so wishes.
iv) The smaller faction may choose as many Drone commanders as they wish, but their total team number must not exceed that of their opponents.
Credit goes to Steve2275 for the balancing suggestion.

This Accord will be enforced by the Senate, and compliance is mandatory.

To join the campaign is simple; watch for the Campaign announcements, read the WPNN broadcast, follow the instructions and get stuck in. Everyone who plays Heavy Metal War is welcome to join, but you must be willing to post on the General Discussion forum to register your team.

Rounds will run approximately every 2-3 weeks and will last between 2-7 days.

See you on the battlefield!
Till all are rich.

Short and to the point as always... ◔_◔

So, picture the scene... Cybertron, our near desolate planet.
Millennia of the Heavy Metal Wars stripping it of its resources, surviving numerous shutdowns, invasions and evolution's, yet she still functioned.

That is, until now.

Just over a month ago, an Autobot by the name ThunderThruster identified a new peril. A freak accident during one of Cybertron's own regeneration cycles shut down our CR chamber array, and somehow they became corrupted.

Action was quick to prevent any lasting damage, or so we thought...

Here to bring you more information is Senator Wingz, who is with a team of our greatest scientists analysing the long term effects of the CR-Corruption.


Senator Wingz wrote:Starsurge, get in focus! And...

MAL PRACTICE!! You KNOW the carving knife is meant for...

Wait, is this thing on? *clears throat*

Behind me, you’ll notice an array of broken down machinery that has previously been a danger to all factions, indiscriminately! Not to be confused with the scientists standing around them, I assure you.

Through our analysis of the contaminated CR chambers, we’ve managed to deduct that there is still residual material cultivating inside. Further analysis reveals that, while most have escaped their undead fate, there are four alt modes that may still be potentially dangerous! In order to continue our research, we will need to dissect interrogate as many Smashing Pumpkins, Sharkticons, Predators, and Hunters are you can find and stasis lock!

Be assured, you’ll be...properly taken care of should you become contaminated in your quest!
Back to you, Zombi!

There ya have it, it appears the eggheads have finally made a decision - it's an ALT HUNT!

You all know the drill. You have 1 week to ensure you have either a Predator, Hunter, Sharkticon* or Pumpkin character on your team, and as special bonus any Sharks* or Pumpkins will gain an extra point for every bite they land (not just kill with, every successful bite attack) during the tourney so think about that as well.

* NOTE: All Sharkticons will count as targets, even those that do not have the bite tactic.


The full rules will be announced by little old me in a few days time.
Until then leave us your messages, requests and abuse below and we might even bother to read it!

That's all I have time for, as thanks to Burn they've finally been able to re-stock the pumpkin spice in the energon-espresso machine so this is Zombi Cheerleader, signing off!

C4C2:Extinction will comprise of 5 rounds, with a 6th at the end to wrap things up. It will use the map, but in a different way to last time.

The rounds will be comprised of:
1) Infection
Part A) An alt hunt, with a chewy twist!
Part B) *CLASSIFIED*

2) Meet the Reavers!
An all out war with special mission texts created.

3) Cyber Gambit
The competition type for this round will be decided by the players, details to follow closer to the time.

4) The Great Tech Heist [Actual name to be released after Round 3]
A themed heist-hunt that will involve both nominated characters and your whole team to decide the technology available for your faction for round 5.

5) The Endgame
More custom missions in an elimination war, the last mech standing wins - unless you have the right advantage...

Prizes for the various rounds will vary, and will depend on how cooperative Burn is feeling at that point in time.
The Grand Prize at the end... well, I'm pretty sure you'll all work it out, but it will be worth it!

Can your faction take a chomp out of the enemy?
Will you bite off more than you can chew..?
Are you ready, for EXTINCTION??

All alt classes that have bite are legal targets and eligable joining characters for the hunt. 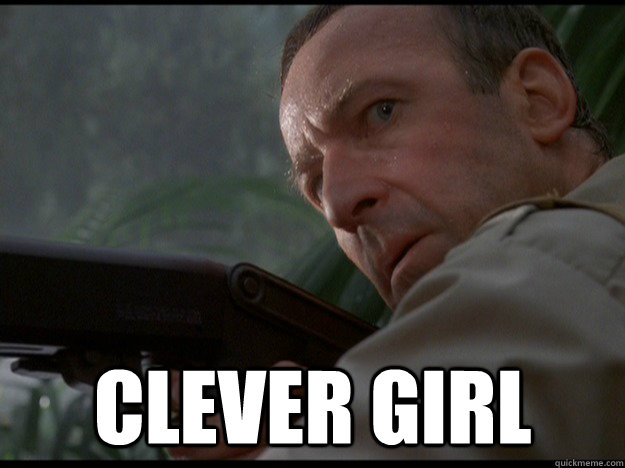 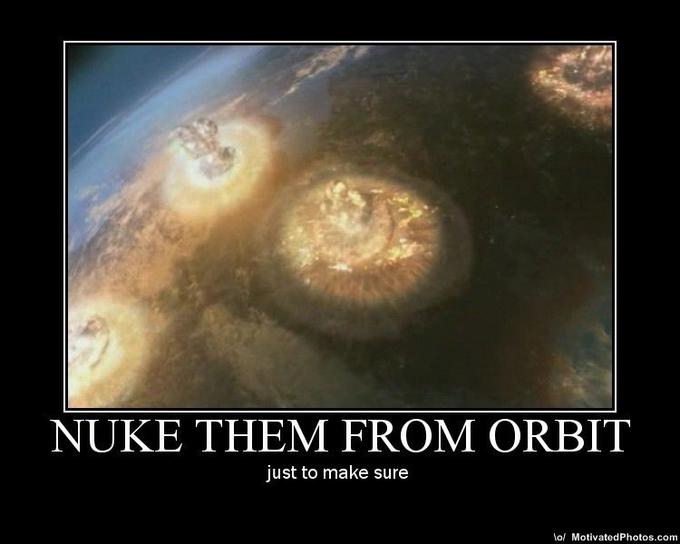 As one of MSANAWA's recognised Mad Scientists once said, "It's not a good experiment if they don't have to rebuild at least part of the lab."