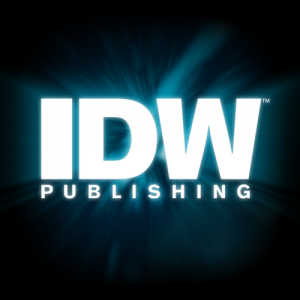 We have news regarding IDW and its participation in the Emerald City Comic Con (ECCC). ECCC will be taking place from April 7th through April 10th in Seattle, Washington and will feature an IDW in booth 1804. Information regarding the comic con has been mirrored below, with the transformers events bolded.

IDW and Top Shelf Return To Emerald City!
Spectacular Signings and Essential Exclusives Can Only Be Found at Booth
#1804

San Diego, CA (April 5th, 2016) – This week, IDW and Top Shelf Productions return to Seattle, WA, for the fan-favorite Emerald City Comic Con! Taking place from Thursday, April 7th to Sunday, April 10th, the IDW booth will be stocked all weekend long with talented creators, and exclusives you’ll want to get your hands on. Additionally, the creators of the smash-hit God Is Disappointed in You, Mark Russell and Shannon Wheeler, will be on hand throughout the weekend for a special debut of the Biblically brilliant sequel, Apocrypha Now!

Don’t miss out on all the signings, panels and fun with IDW and Top Shelf this weekend at booth #1804! See below for a full list of convention variants available only at the IDW booth.

Here’s all the panels full of announcements, special guests, and surprises you won’t want to miss out on!

IDW President Greg Goldstein, VP of Marketing Dirk Wood, and editor Sarah Gaydos for a lively discussion of your favorite Publisher’s upcoming schedule! Top Secret Reveals! Prizes! Q&A! Announcements…Including one so big it will make your head spin! If you attend one comic panel at this show, this is the one!

It's the second coming! Their first book, God Is Disappointed in You, was an irreverent-yet-faithful adaptation of the Bible that got everyone talking. Now, Mark Russell (Prez, The Flintstones) & Shannon Wheeler (The New Yorker, Too Much Coffee Man) are back with a follow-up book, Apocrypha Now, about the stories that DIDN'T make it into the Bible. Some of these stories were forgotten, some suppressed, others were just too freaking weird for the Bible (and that's saying something). In a special advance release for Emerald City, Apocrypha Now is about what the Bible DIDN'T tell you.

Kids! IDW loves comics as much as you do, so come find out what's new for 2016! My Little Pony, Disney, Angry Birds, TMNT, Transformers, Skylanders, Strawberry Shortcake and more! Want to learn how to make your own comics? Come prepared with questions for the panel, including editor Sarah Gaydos and writer/artist Derek Charm, of Powerpuff Girls fame! Free comics for the kids!


About IDW
IDW is a fully integrated media company which includes publishing, games, entertainment, and the San Diego Comic Art Gallery. All divisions of IDW are owned by IDW Media Holdings, Inc. (IDWM) which provides a wide range of entertainment products worldwide.
IDW Publishing’s renowned line includes some of the most popular comic books, graphic novels, and trade paperbacks in the industry: Transformers, G.I. Joe, My Little Pony, Star Trek, Teenage Mutant Ninja Turtles, The X-Files, Ghostbusters, multiple monthly Disney titles, and many more licensed titles. At the core of IDW is its commitment to creator-owned comics, beginning with the company’s first comic series – 30 Days of Night. Other notable and award-winning titles include Locke & Key, Wormwood, Little Nemo in Slumberland, Ragnarök, V-Wars, and Archangel by bestselling sci-fi author William Gibson.

IDW also has a theatrical project in development at Sony, Zombies vs. Robots with Michael Bay‘s Platinum Dunes.