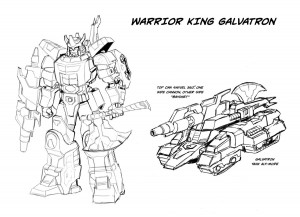 While we had seen Andrew Griffith's designs for the latest incarnation of Galvatron in the IDW Transformers universe, we had not seen the idea of him as the Warrior King Barbarian Conqueror in the flashbacks from Robots in Disguise - and in upcoming issues of Optimus Prime. Thanks to artist Casey Coller, we now do! Check out below the concept design for his in both robot and alt-mode, and join the conversation in the Energon Pub. 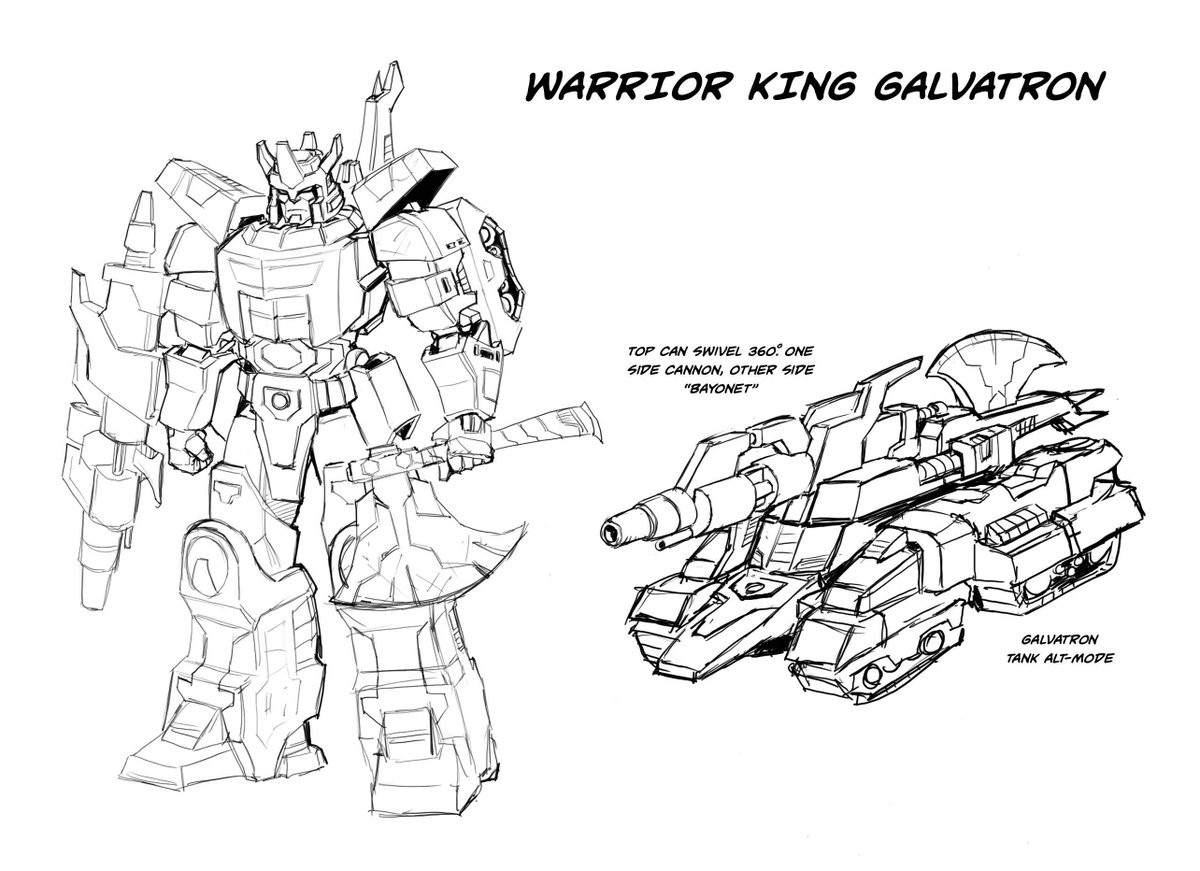 Kurona wrote:It's such a cool design - and thankfully not far off the Titans Return one. People have already made that awesome helm, if only they'd make that gun and axe

Kurona wrote:It's such a cool design - and thankfully not far off the Titans Return one. People have already made that awesome helm, if only they'd make that gun and axe 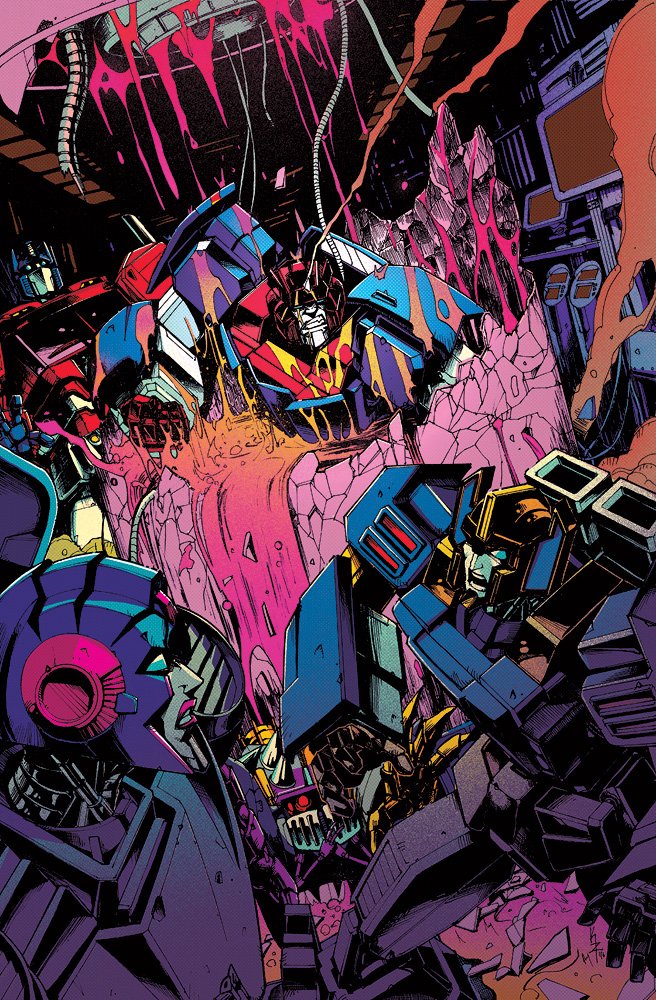 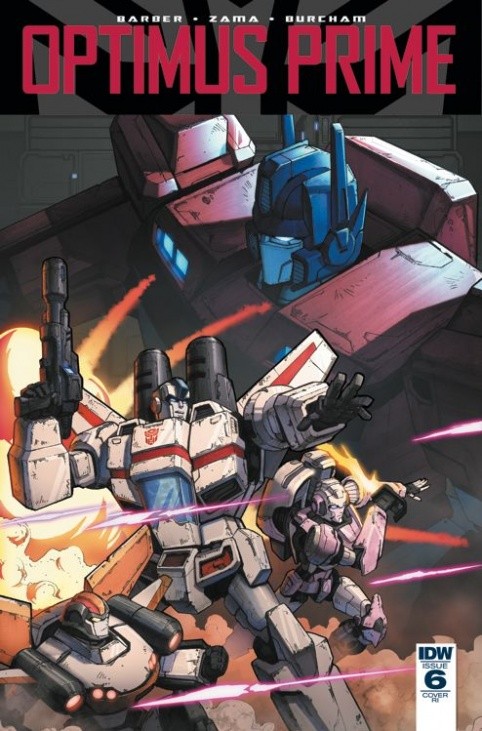 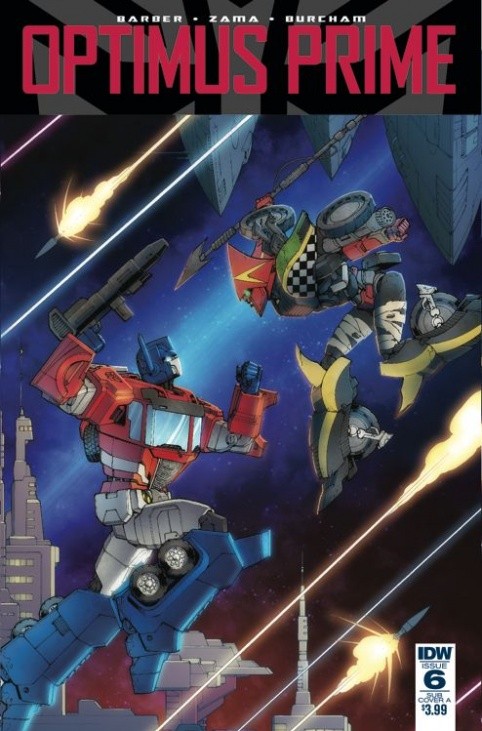 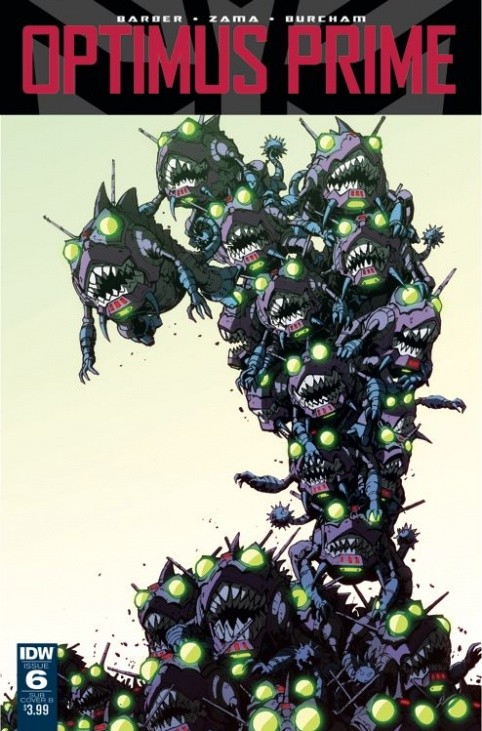 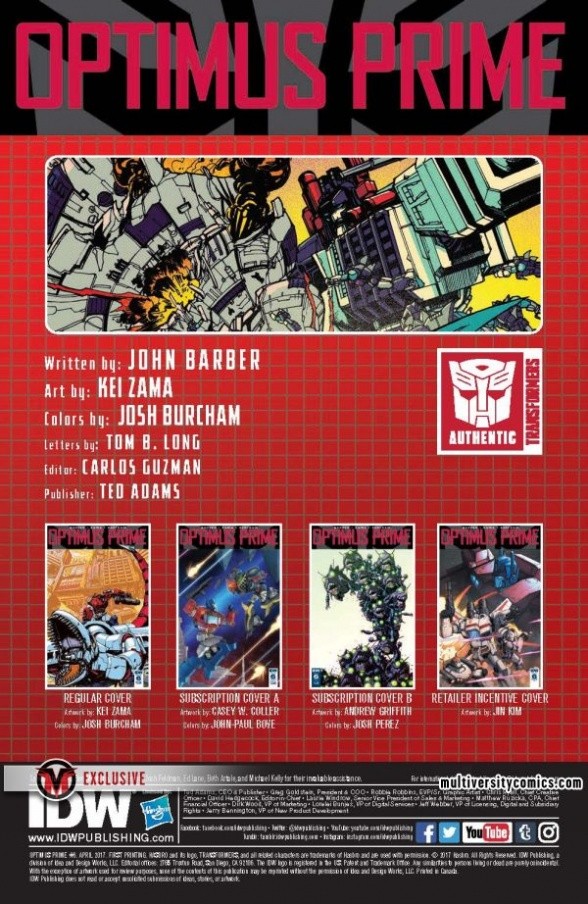 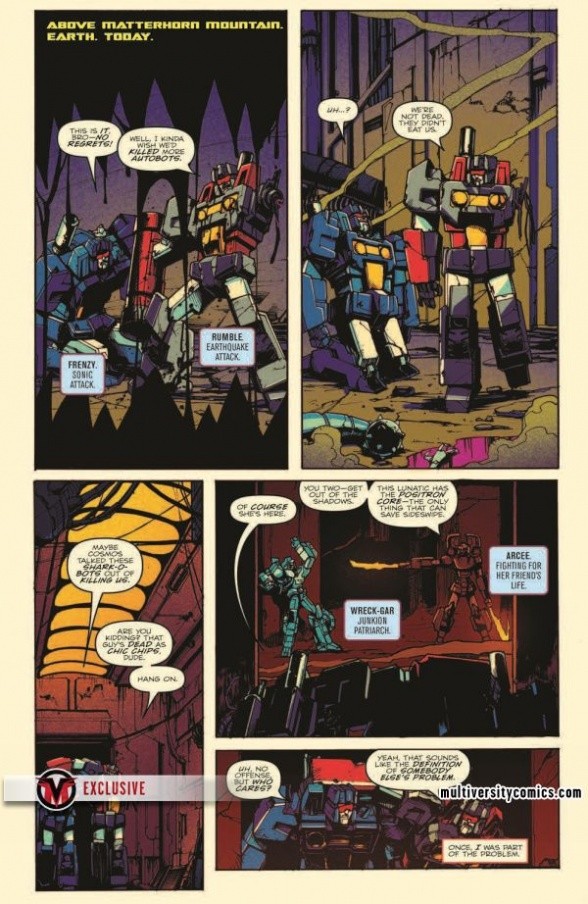 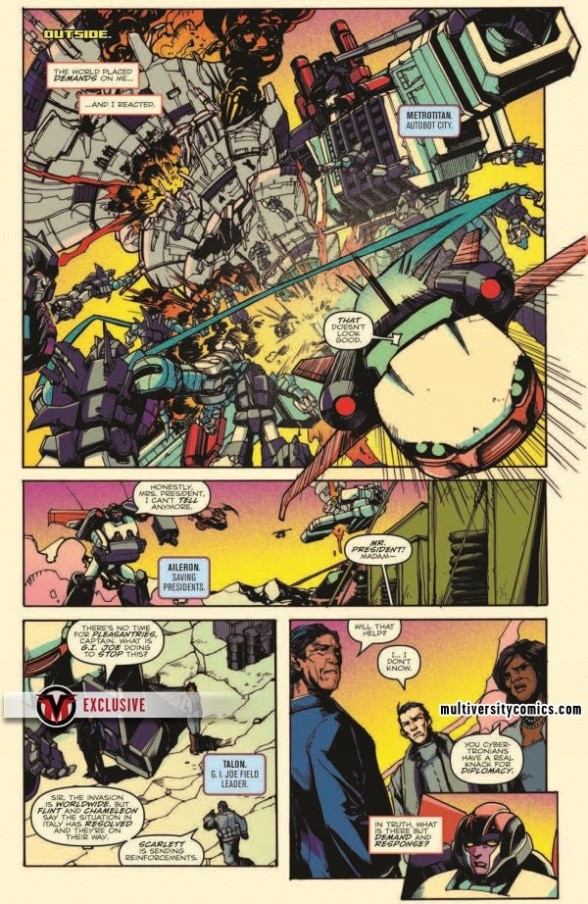 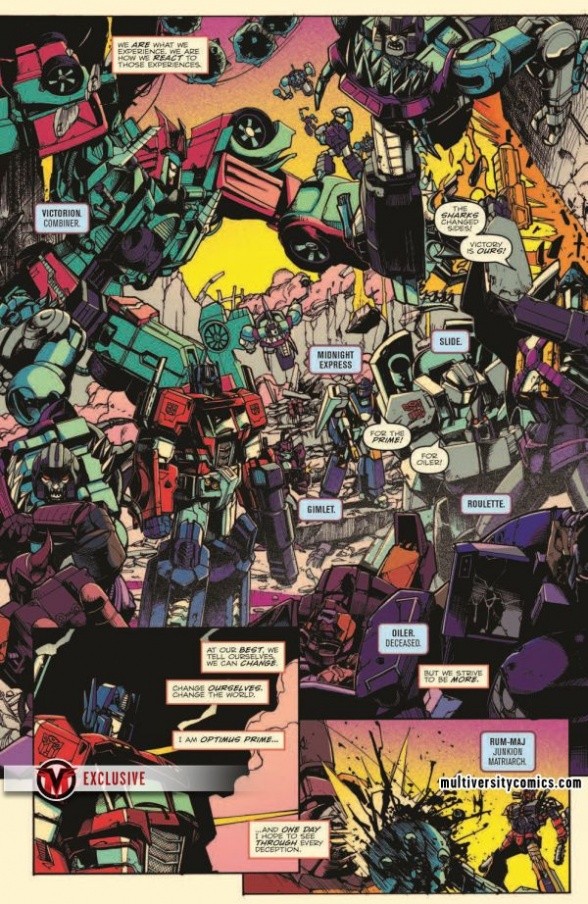 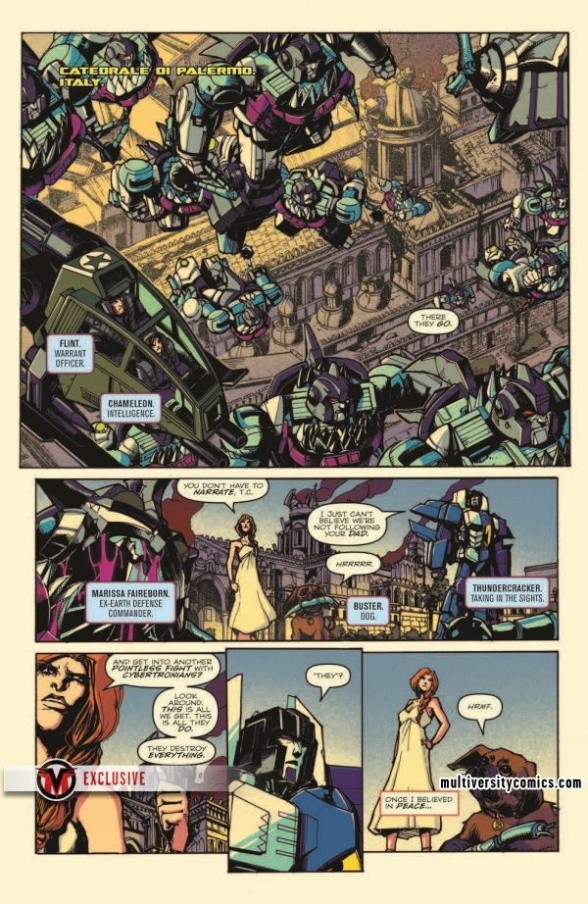 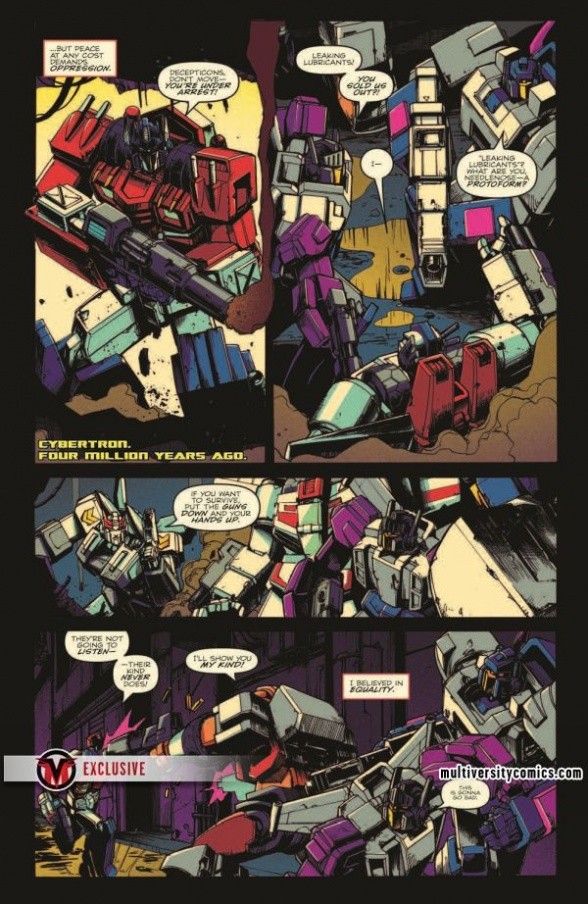 I think I answered this elsewhere: ask your comics retailer! If they can't put it aside for you, eBay is probably your best bet.
Re: IDW Galvatron Warrior King Designs by Casey Coller (1877362)
Posted by Va'al on April 26th, 2017 @ 3:32am CDT
Optimus ..Fine?
(Spoiler free-ish) 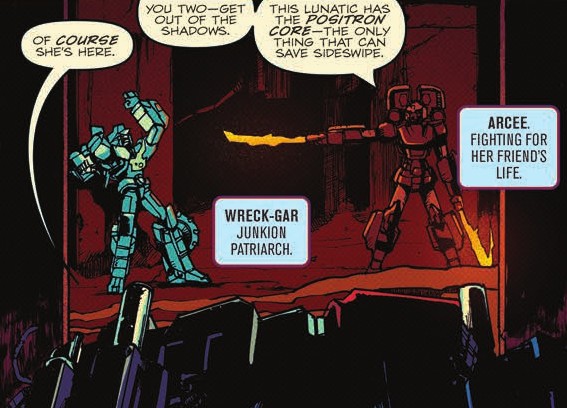 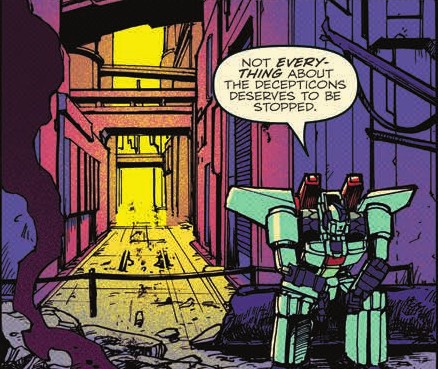 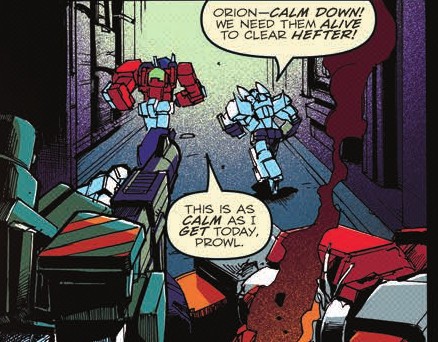 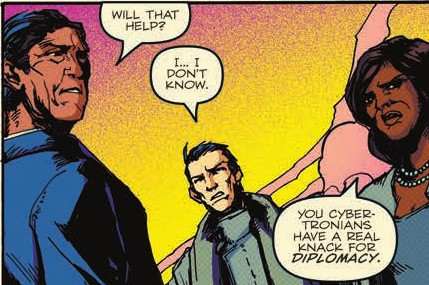 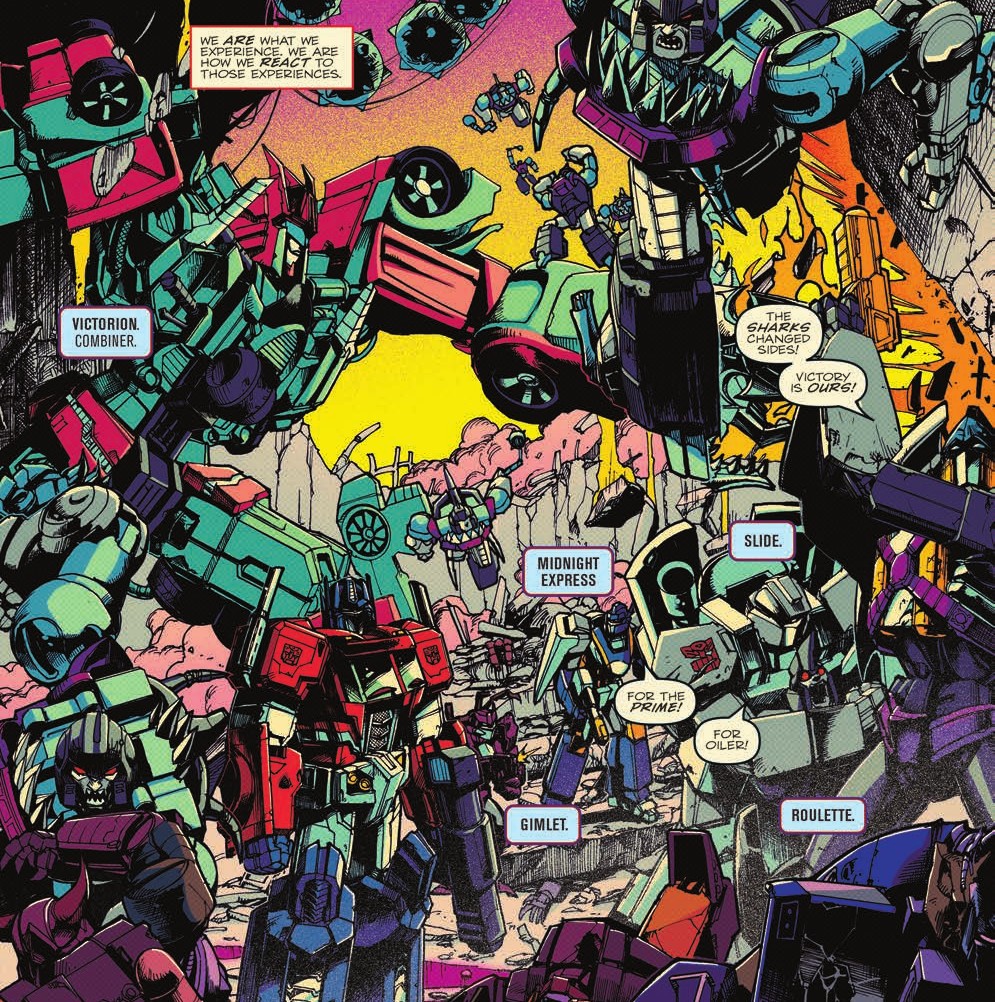 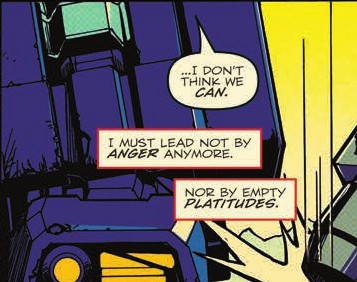 I love the colouring in this. It's SO ink-heavy and way saturated and shadowed that it screams vintage comic to me. I can't pin point exactly to What it reminds me of, though. But it's so cool. Very different from the gundam-looking style we normally see.
Re: IDW Galvatron Warrior King Designs by Casey Coller (1877371)
Posted by Rainmaker on April 26th, 2017 @ 5:40am CDT

Re: IDW Galvatron Warrior King Designs by Casey Coller (1877375)
Posted by Kurona on April 26th, 2017 @ 6:13am CDT
I'm somehow only just noticing since Roulette's toy had a very different face, but do all the colonists have a faceplate and eyes and hence Primus Apothesis? That's a pretty sweet touch.

I also really like that little colony at the end. Seems like that's making sure they can do crossovers with the rest of the Hasbro universe without having to interfere with Optimus. Sure there's no major characters there yet but we'll see...
Re: IDW Galvatron Warrior King Designs by Casey Coller (1877376)
Posted by Big Grim on April 26th, 2017 @ 7:51am CDT

It's something of a golden age I feel. Three quality comics, fantastic toyline (though I no longer collect main lines, even MPS are slowing down for me) and thanks to Takara and 3P, excellent Masterpiece figures. Dunno about cartoons though.
Re: IDW Galvatron Warrior King Designs by Casey Coller (1877381)
Posted by ScottyP on April 26th, 2017 @ 8:26am CDT

While it hasn't been verbally stated to be PA, 2 (or maybe 3) has a short scene with them taking off the faceplates, and that made it seem pretty apparent that PA is what's up! I like it, indeed.
Re: IDW Galvatron Warrior King Designs by Casey Coller (1877442)
Posted by Va'al on April 26th, 2017 @ 1:18pm CDT
Some more Optimus Prime news from IDW Publishing comes in the form of some cover art for issue #7, tentatively due in May, courtesy of both artist Kei Zama's Twitter account and the PreviewsWorld listing here. Zama has included clean lineart, plus Josh Burcham's coloured version, and Andre Griffith takes on the other cover seen for the issue, à la Thundercracker - check them out below! 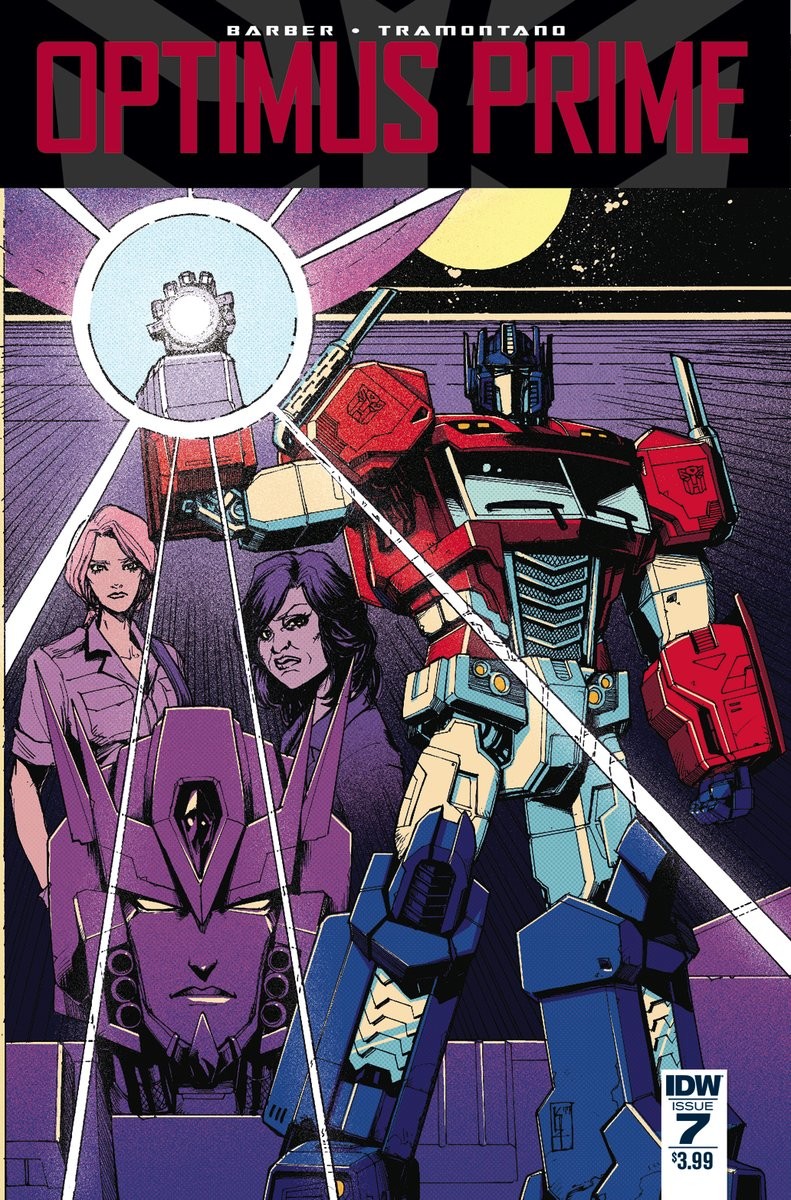 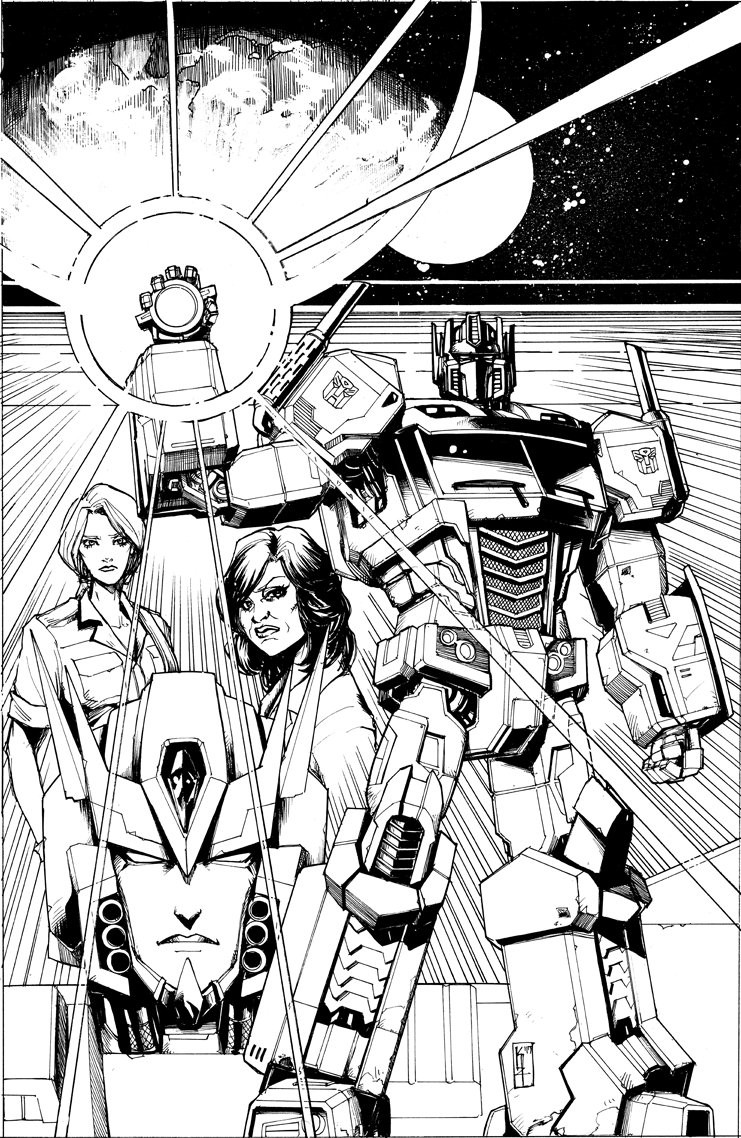 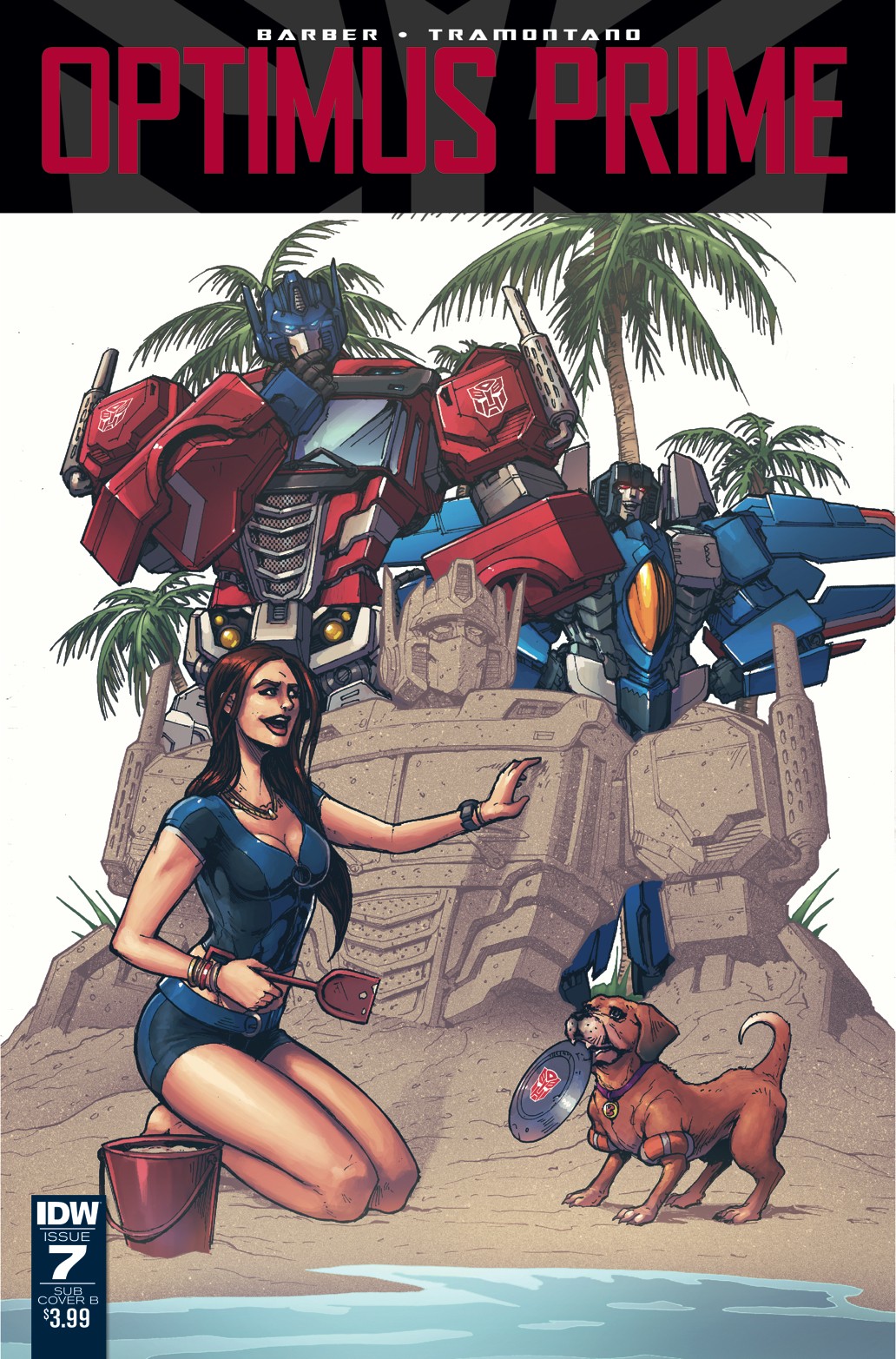 Re: IDW Galvatron Warrior King Designs by Casey Coller (1877448)
Posted by Kurona on April 26th, 2017 @ 1:31pm CDT
That beach cover is the friggin' best. I love Thundercracker so much
Click here to view additional comments about this topic at the Energon Pub Forums ...