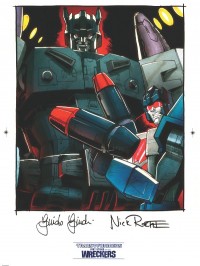 In occasion of the release for Transformers: Last Stand of the Wreckers, our friends over at IDW Limited have sent us a whole lot of artwork to show off, and some insight into how the exclusive lithographs were produced.

IDW Limited wrote:The interesting thing about this edition is, for the Blue Label we had Guido Guidi and Nick Roche team up to draw the two-character sketches. So each guy drew one of the two characters on the sketch plate. These pieces turned out so good that we actually scanned them, then had a colorist go in and color the scans so that we could put that finished product into a hardcover portfolio to go along with the book.

So that means even if you buy a Red Label, you're going to get something very cool. Five litho prints of unpublished Guidi/Roche artwork. And, anyone who pre-orders by 4/30 will get a sixth specially treated litho print to go along with the first five.


Below are the ten unique, unpublished Nick Roche sketches that accompany the Black Label edition of the volume.

Preorders are now live and more promo material is rolling in!

Also, over on Comics Alliance you can find a preview/review of the contents of a Blue Label edition of the volume. 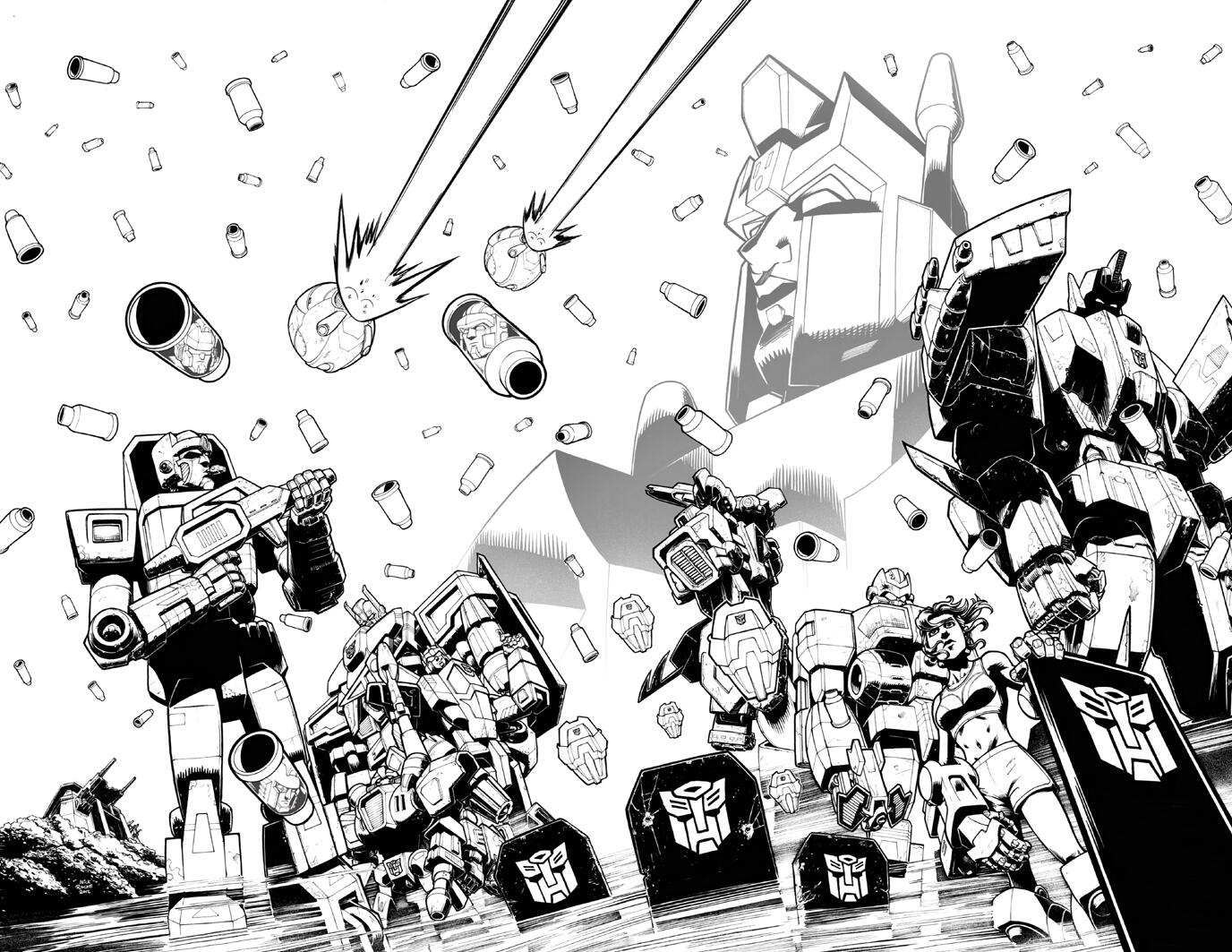