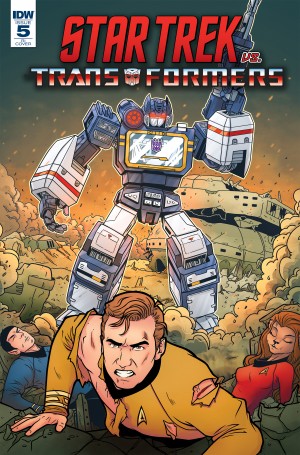 Happy New Year! With scheduling happening so soon in advance for publications, we have the full list of relevant titles appearing in January 2019 from IDW Publishing - and we've included below all the Transformers related titles that you might be interested in, including the Star Trek crossover, on its fifth and final issue, and the Tom Scioli Go-Bots project. Nothing else? Sadly, only the final volume trade paperbacks for both ended ongoings Lost Light (volume 4) and Optimus Prime (volume 5). Take a look below!

Star Trek vs. Transformers #5—Cover A: Philip Murphy
John Barber & Mike Johnson (w) • Philip Murphy (a & c)
The stunning conclusion! As the Klingon-Decepticon alliance prepares to wipe out their enemies once and for all, Kirk and the Autobots make one last desperate bid to merge Cybertronian technology with Starfleet ingenuity. It’s a final conflict you won’t want to miss!
FC • 32 pages • $3.99


Bullet points:
• The Transformers ‘80s cartoon series meets Star Trek: The Animated Series in a no-holds-barred Saturday morning mash-up for the ages!
• Demand was so high, we’re doing another issue! 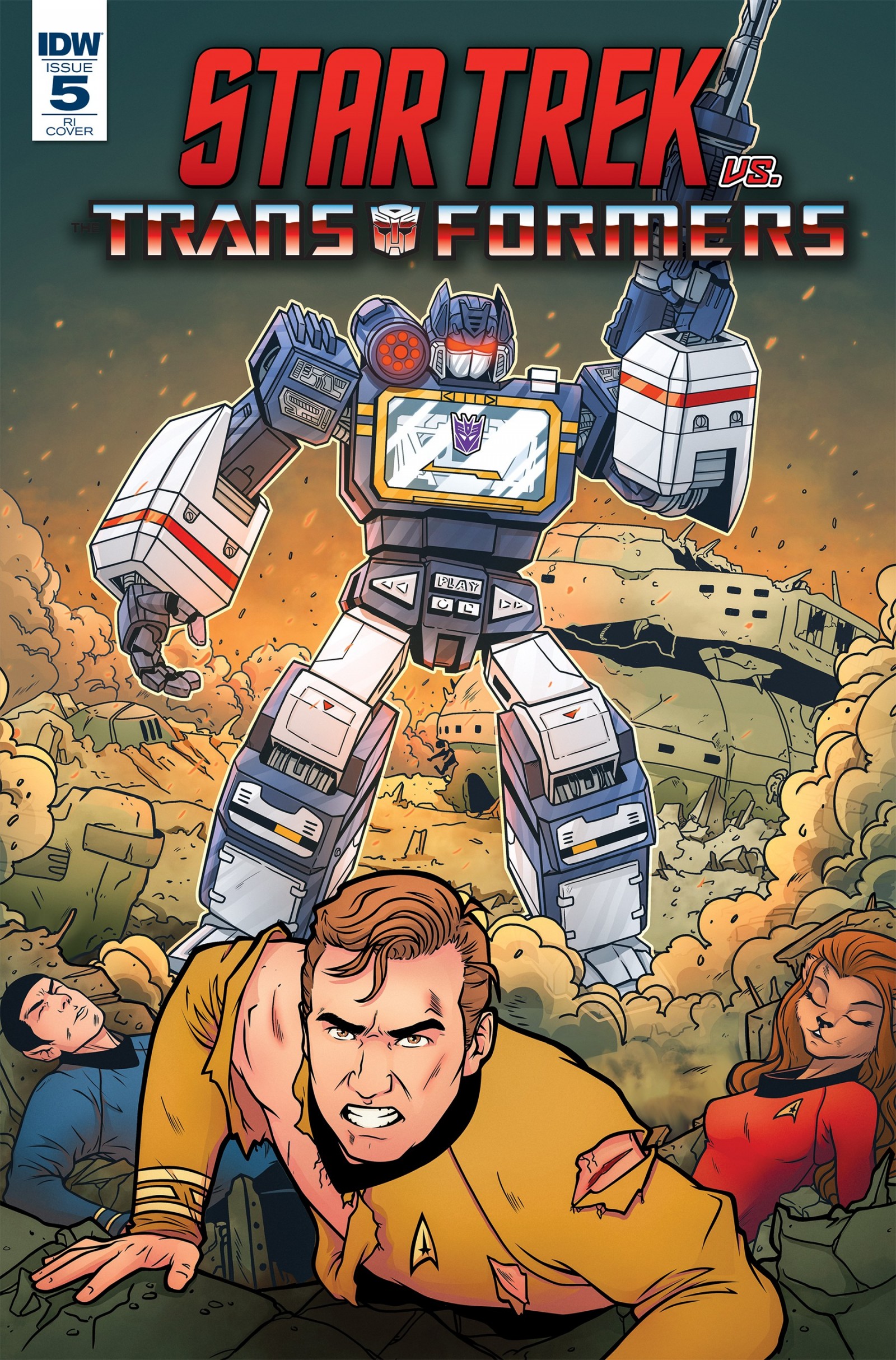 Go-Bots #3—Cover A: Tom Scioli
Tom Scioli (w & a & c)
Welcome to Gobotron. Leader-1 and the Go-Bots have built a planet of their own. Astronauts Lee Spencer, Charlotte Scott, and Venyamin Alexander pay Gobotron a visit and find themselves victims of the strange and deadly politics of a Gobotocracy. If they can escape Zod the Go-Bot monster, they’ll have to face the judgment of the Rock Lords. Is there a place for people in a post-human society?
FC • 32 pages • $3.99

Bullet points:
• From the creative mind that brought you IDW’s Transformers vs. G.I. Joe!
• Visionary creator Tom Scioli unleashes his imagination on the bizarre, absurd, and wonderful world of Go-Bots! 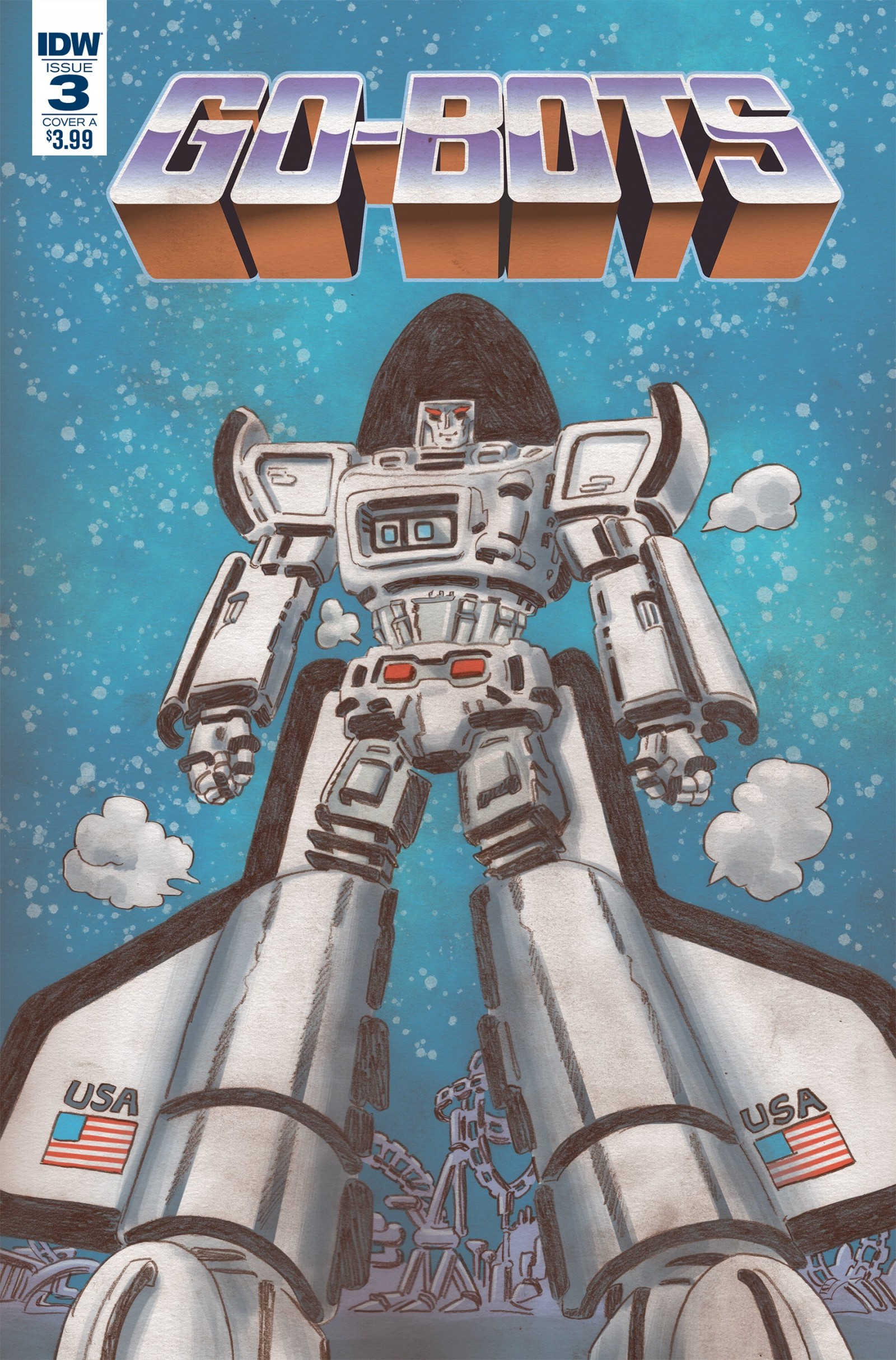 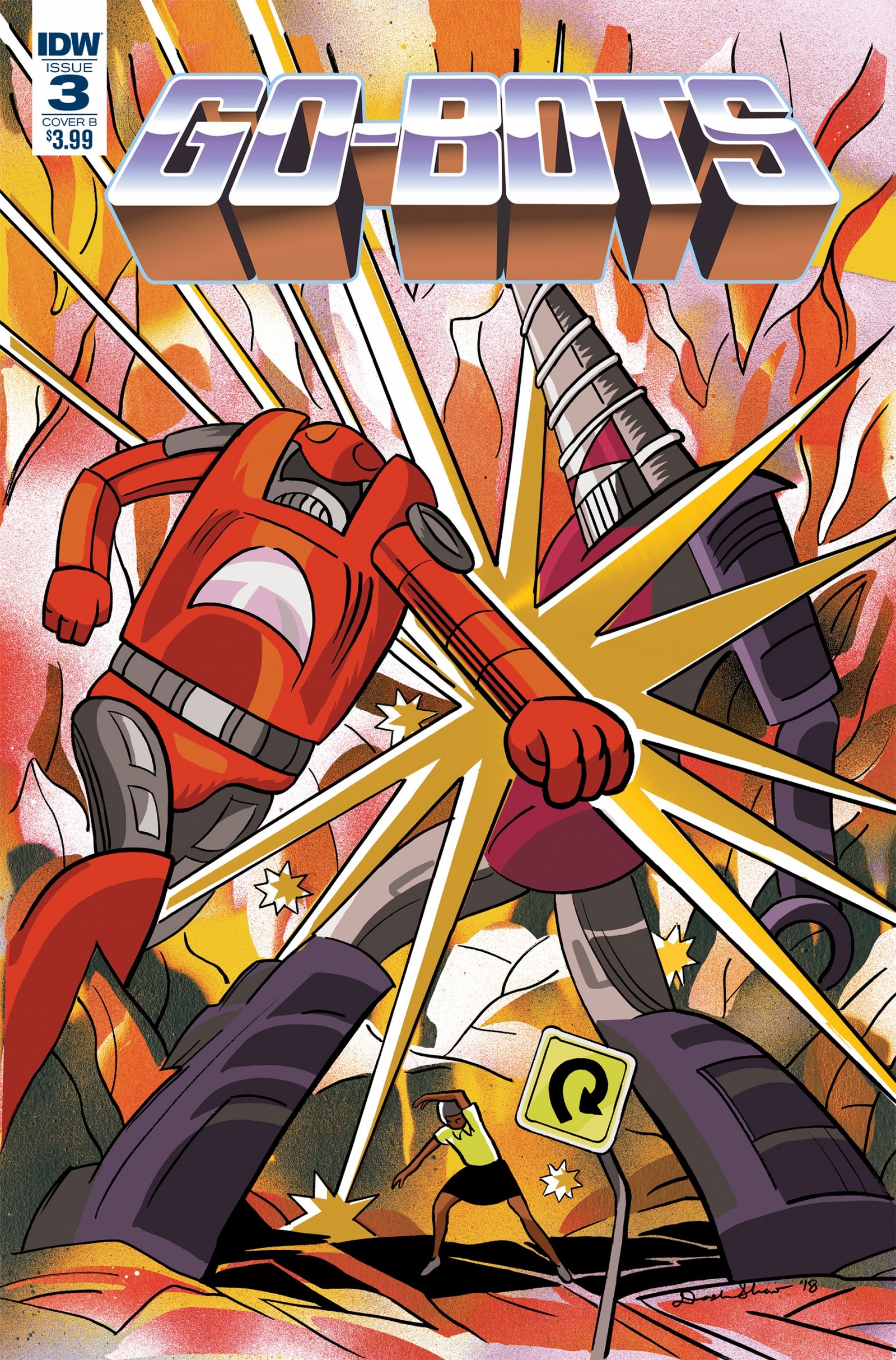 Optimus Prime, Vol. 5
John Barber (w) • Sara Pitre-Durocher, Kei Zama, Andrew Griffith, & Priscilla Tramontano (a) • Kei Zama (c)
End of the Road! The Autobots are faced with multiple threats, one of them a danger not only to Cybertron, but to the whole universe! Trapped between Shockwave's attack and Unicron's onslaught, Optimus and the Autobots struggle to make sense of what's left of their world, as Optimus' colonist soldiers contend with a brutal reality–they have no homes to return to. Plus, Shockwave reveals ancient truths–as an old friend tries to reconnect with Cybertron. Collects the 2018 Annual and issues #22–25, which conclude the series. 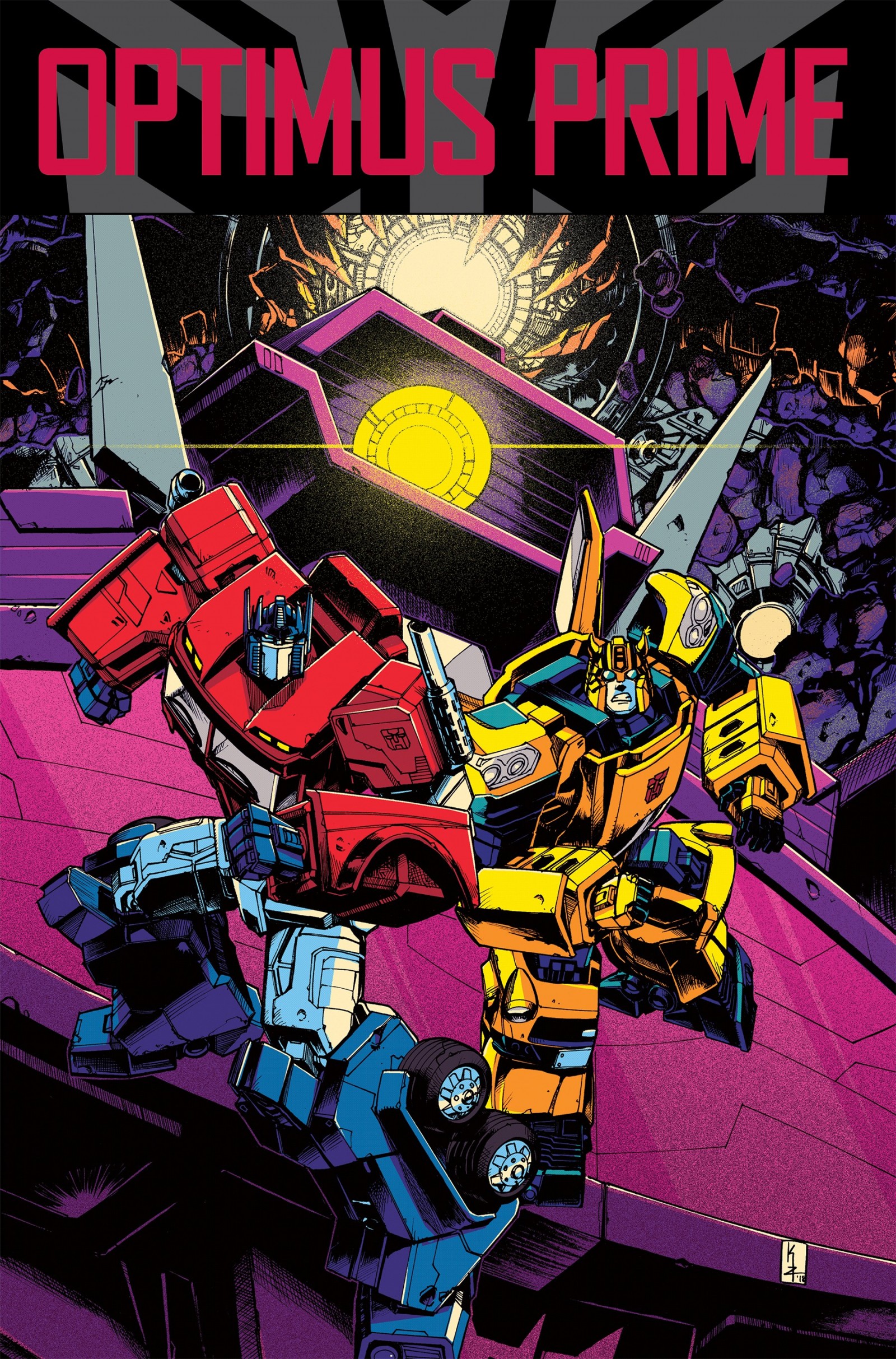 Transformers: Lost Light, Vol. 4
James Roberts (w) • EJ Su, Casey W. Coller, Jack Lawrence & Brendan Cahill (a) • Nick Roche (c)
The adventures of Rodimus and the crew of the Lost Light come to a close in this action-packed thriller! Years ago, the crew of the Lost Light fought a demonic Cybertronian mutant that fed on its victims’ souls. Now, Rodimus and Co. are about to discover that the only thing worse than a sparkeater… is an army of sparkeaters! Plus, something is coming. It cannot be stalled. It cannot be avoided. It cannot be reasoned with. As the end of everything draws near, a simple instruction rings out across the universe: prepare, confront, repel. Collects issues #19-25.
TPB • FC • $19.99 • 160 pages • ISBN: 978-1-68405-410-7

Bullet points:
• Advance solicited for February release!
• “This is as good as it gets, and I imagine it probably won’t let up from here on in.”—Big Comic Page 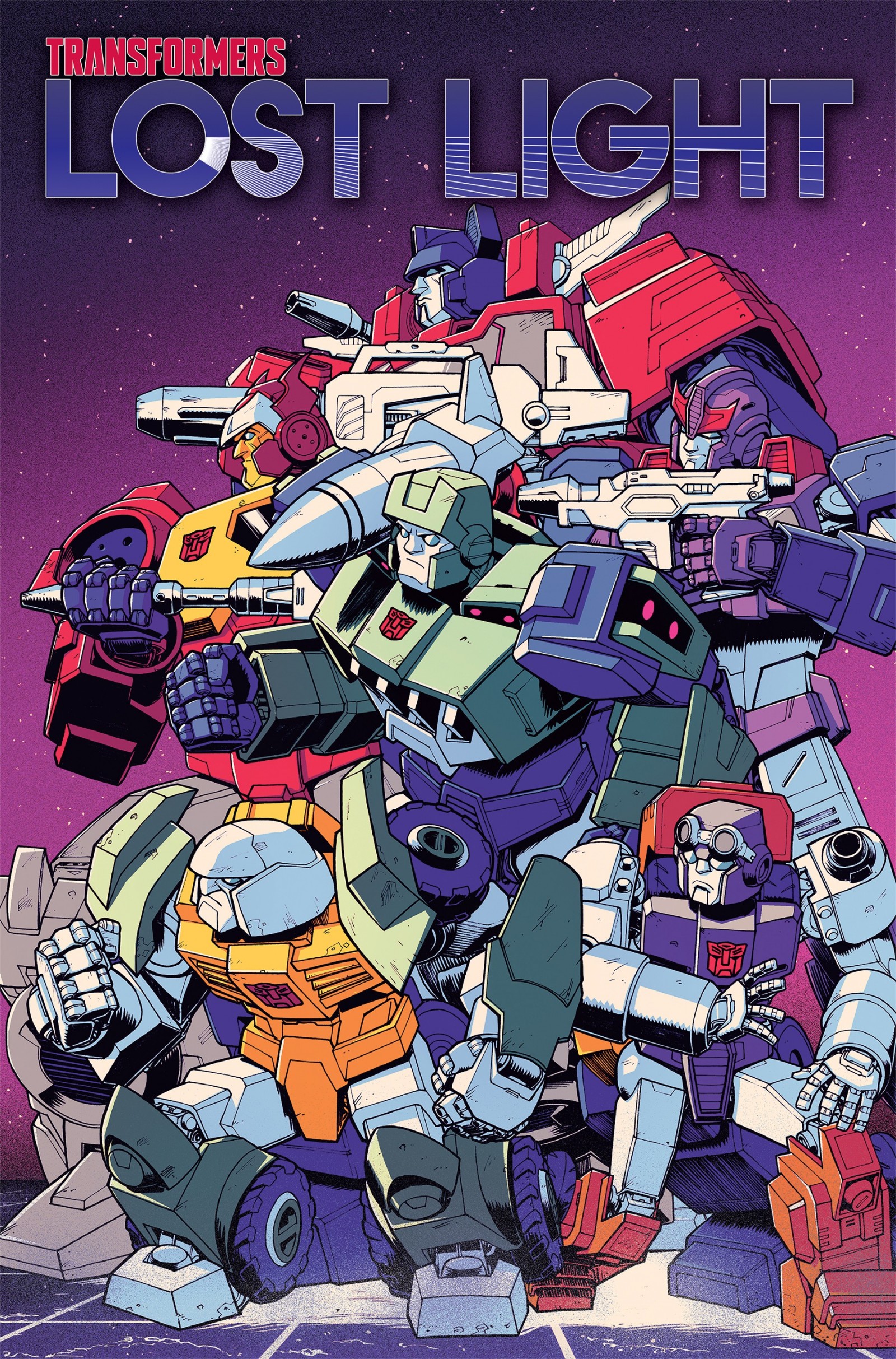 I'm excited for the Transformers comics though

Who's a sleepy kitty?
Re: IDW Publishing Comics Solicitations for January 2019 (1989847)
Posted by ScottyP on October 19th, 2018 @ 8:39am CDT
The most exciting thing in Transformers comic solicitations for the month is a Gobots comic

ScottyP wrote:The most exciting thing in Transformers comic solicitations for the month is a Gobots comic