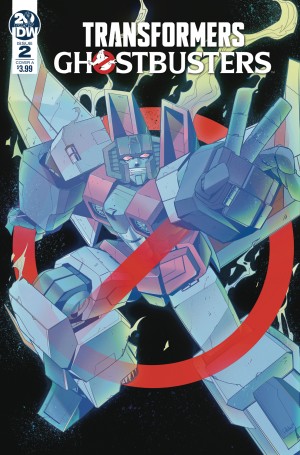 Greetings, fellow Seibertronians! For your viewing pleasure today we have IDW's July Solicitations, plus a special advance solicitation for one certain October item, the first volume of IDW's new Transformers story. Otherwise, we have more from the mainline series and the second issue of the upcoming Transformers/Ghostbusters series. Take a read through and be sure to let us know what you think in the forums below, and stay tuned to Seibertron.com for more Transformers news! 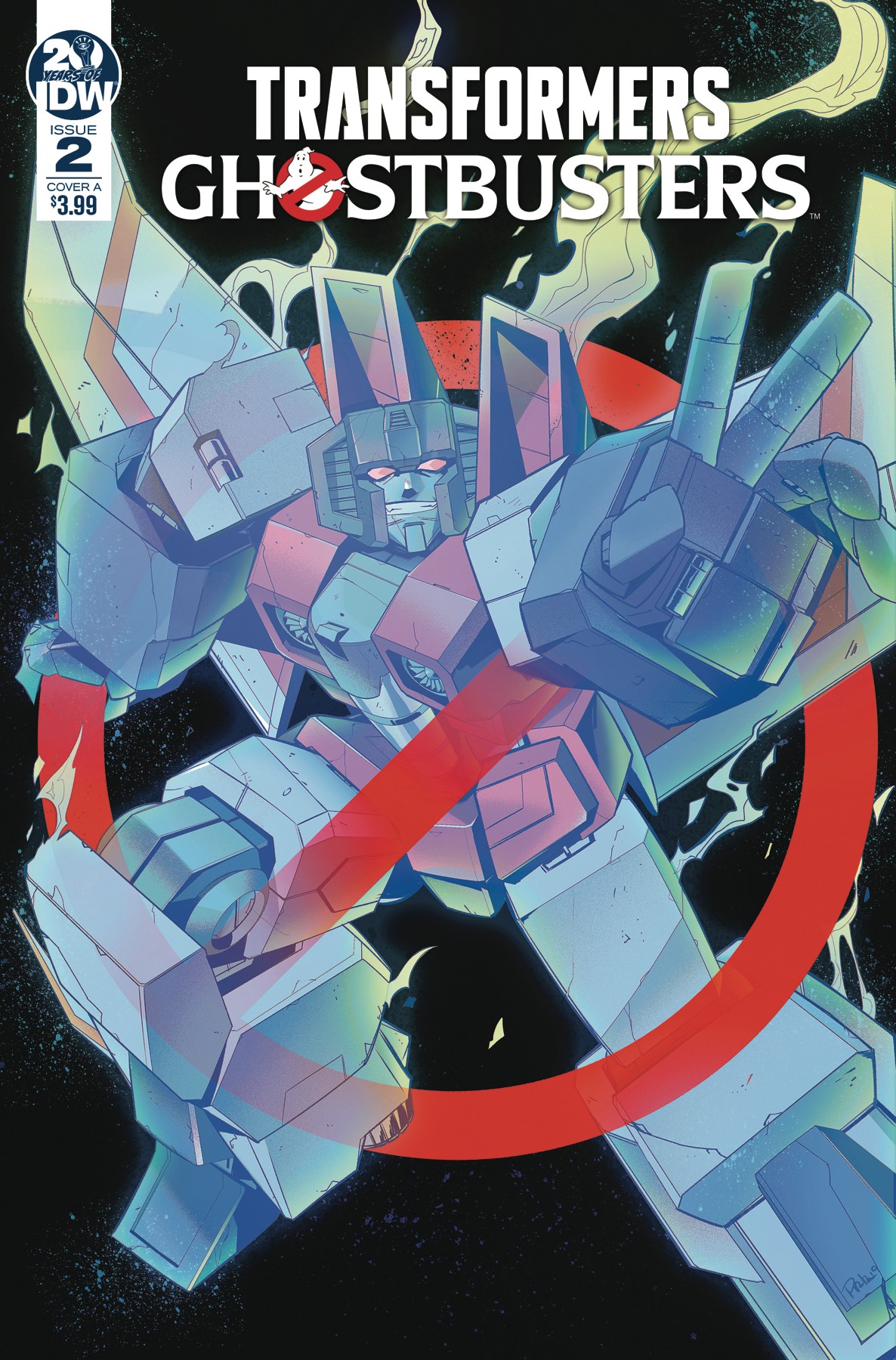 TRANSFORMERS GHOSTBUSTERS #2 CVR A SCHOENING
MAY190579
(W) Erik Burnham (A/CA) Dan Schoening
"GHOSTS OF CYBERTRON" Part 2! Okay. So. It seems as though there are giant robots who can disguise themselves as vehicles out there in the universe, and, as it happens, one of them as taken the place of Ecto-1. When the Ghostbusters discover this replacement, they naturally have a lot of questions-and this time, even the boys in gray might not believe the answers!
In Shops: Jul 17, 2019
SRP: $3.99 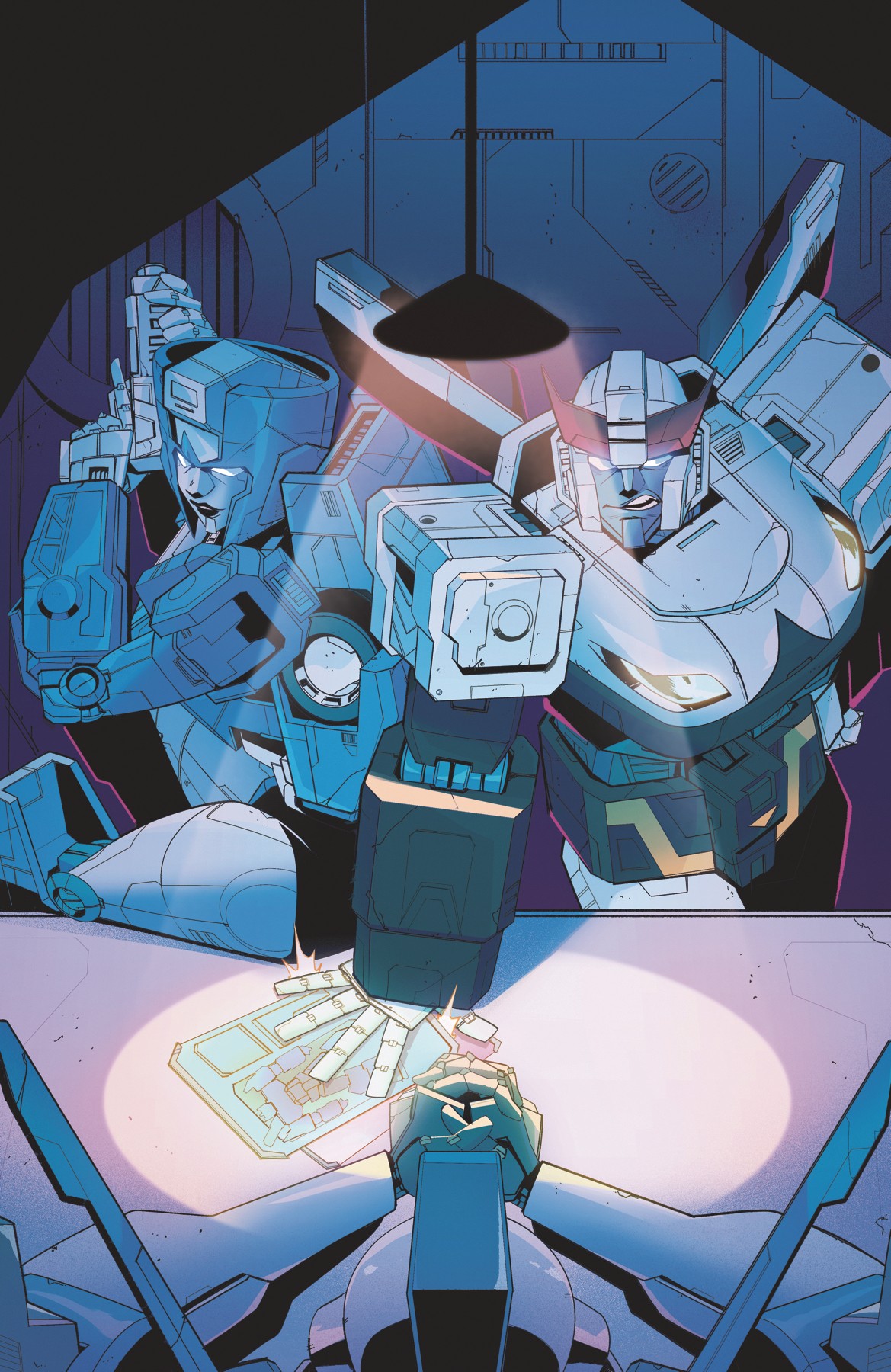 TRANSFORMERS #9 CVR A MIYAO
MAY190573
(W) Brian Ruckley (A) Cachet Whitman, Bethany McGuire-Smith (CA) Umi Miyao
Time is running out! Orion Pax, his friends, and the Autobot security forces have to get a grip on their murder investigations as their superior, Sentinel Prime, makes his return to Cybertron! Secrets are revealed as loyalties shift! Sentinel Prime and his diplomatic entourage return!
In Shops: Jul 10, 2019
SRP: $3.99 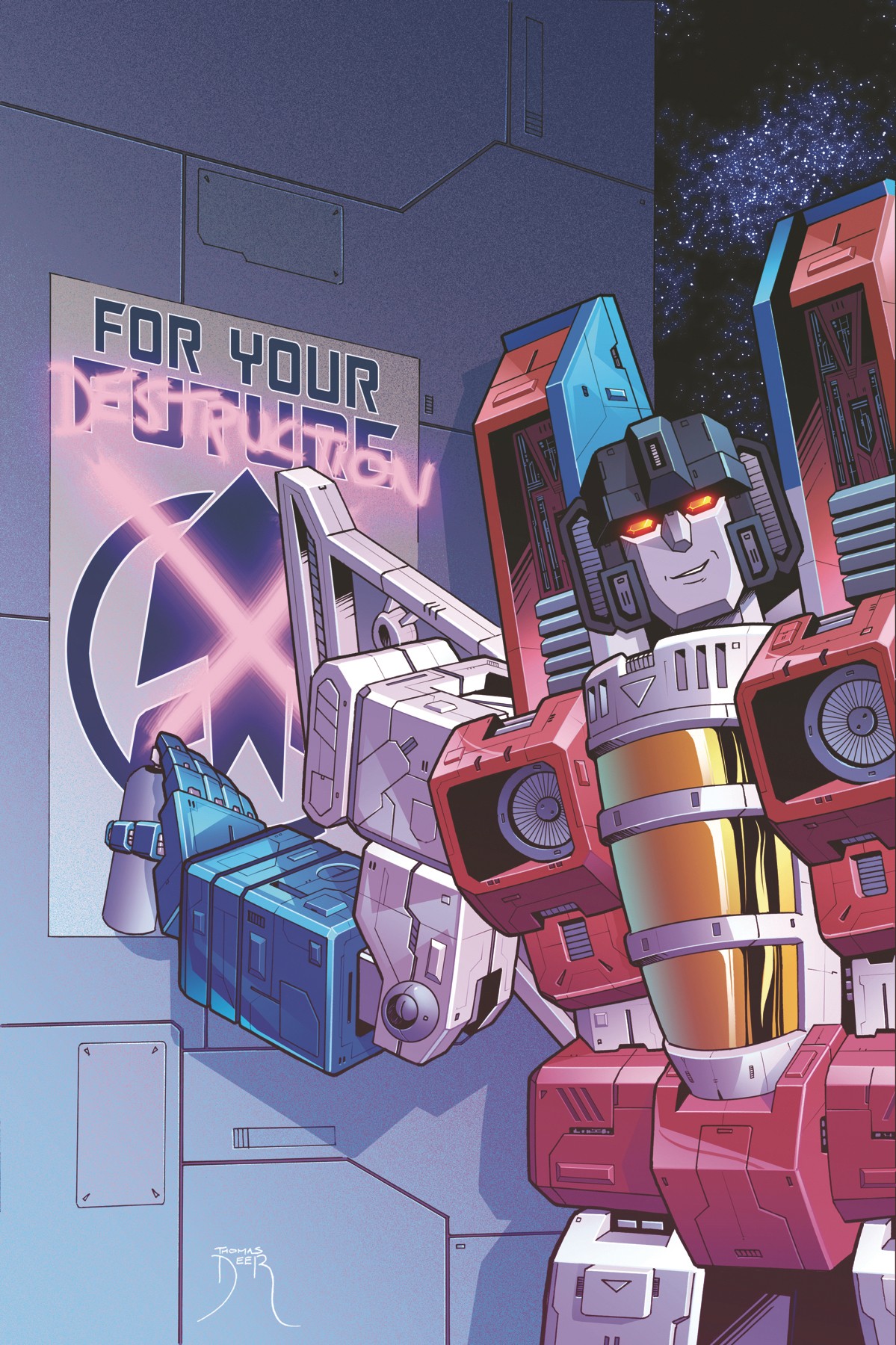 TRANSFORMERS #10 CVR A DEER
MAY190576
(W) Brian Ruckley (A) Cachet Whitman, Bethany McGuire-Smith (CA) Thomas Deer
Fear spreads through Cybertron, leading more and more citizens into the waiting arms of the Ascenticon movement-making Bumblebee's new job as part of the Guard much more difficult. Meanwhile, Chromia and Windblade follow-up on a lead, but digging up the dirt will put them face-to-face with a new foe... Transformers-now shipping twice-monthly! All your favorite Transformers characters as you've never seen them before!
In Shops: Jul 24, 2019
SRP: $3.99 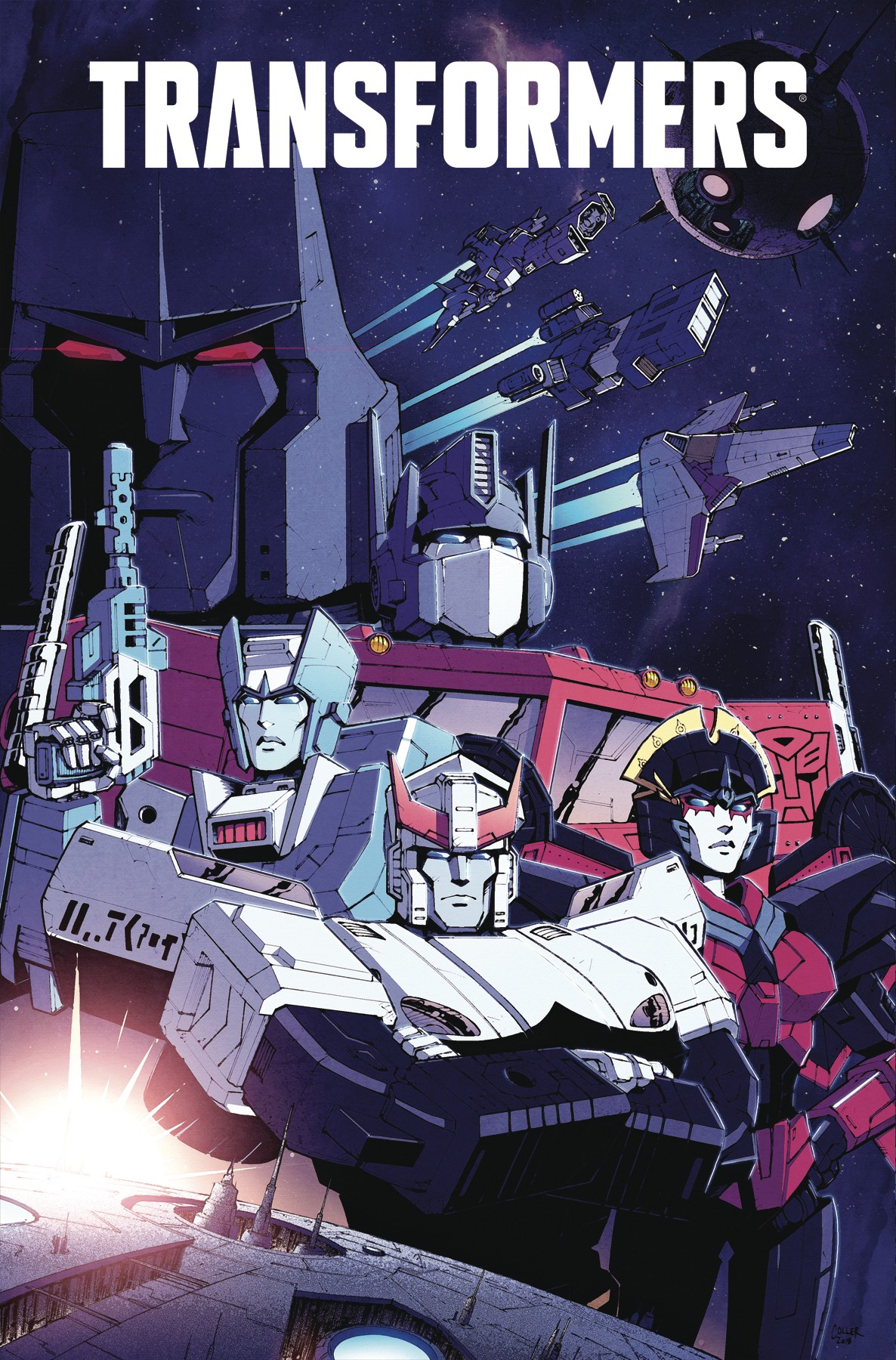 TRANSFORMERS VOL 01 WORLD IN YOUR EYES HC
MAY190572
(W) Brian Ruckley (A) Angel Hernandez, Cachet Whitman, Bethany McGuire-Smith (CA) Casey Coller
Advance solicited for October release! In the infinite universe, there exists no other planet like Cybertron. Home to the Transformers bots, and a thriving hub for inter-stellar commerce, it is a world brimming with organic and constructed diversity. Immense structures line its landscapes. Mechanical giants roam across its surface. Ancient Cybertronians merge into its very fabric. Small, mysterious creatures skulk in its shadows. It is a truly amazing realm, long untouched by war, and exuberantly reaching for the stars. This is the Cybertron that Orion Pax and Megatron compete for in this bold new origin-a world of seemingly endless peace. All that changes when Bumblebee and Windblade take a newly-forged Cybertronian on his first voyage through this world of wonders, only to discover the first murder to occur on Cybertron in living memory! Soon, they'll face the hard reality that the planet is on the brink of an unprecedented shift, and nothing will ever be the same. Collects issues #1-12 of IDW's new Transformers saga.
In Shops: Oct 23, 2019
SRP: $49.99