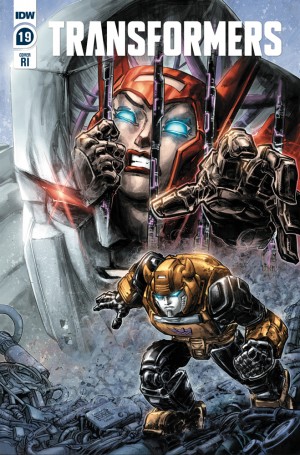 It's the second to last Friday of the month, so you all know what that means fellow Seibertronians! It's time to see what Transformers Comics will be hitting the stands in a few months time!

This month sees regular ongoings continue, a collected trade paperback and a crossover no one saw coming... 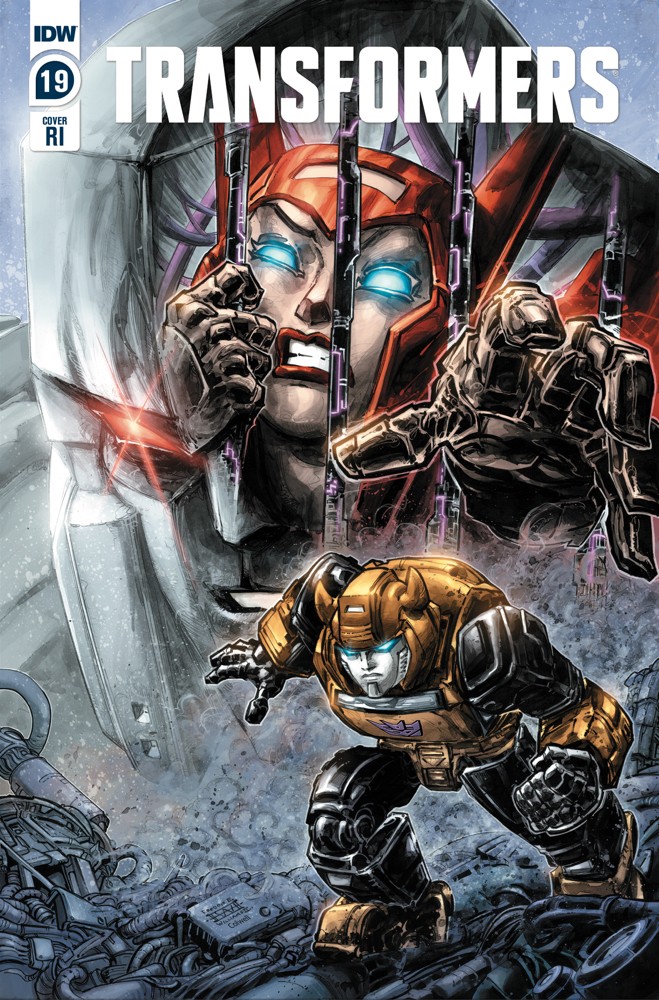 “All Fall Down.” Cybertron is in crisis. Calamity has befallen the planet. This is Megatron’s moment to show just how much power he has and to deal with any problems accordingly...
FC • 32 pages • $3.99

*Retailer incentives:
Order 10 copies and get one free variant cover by Freddie E. Williams II!
Order any number of copies and receive your order fully returnable! 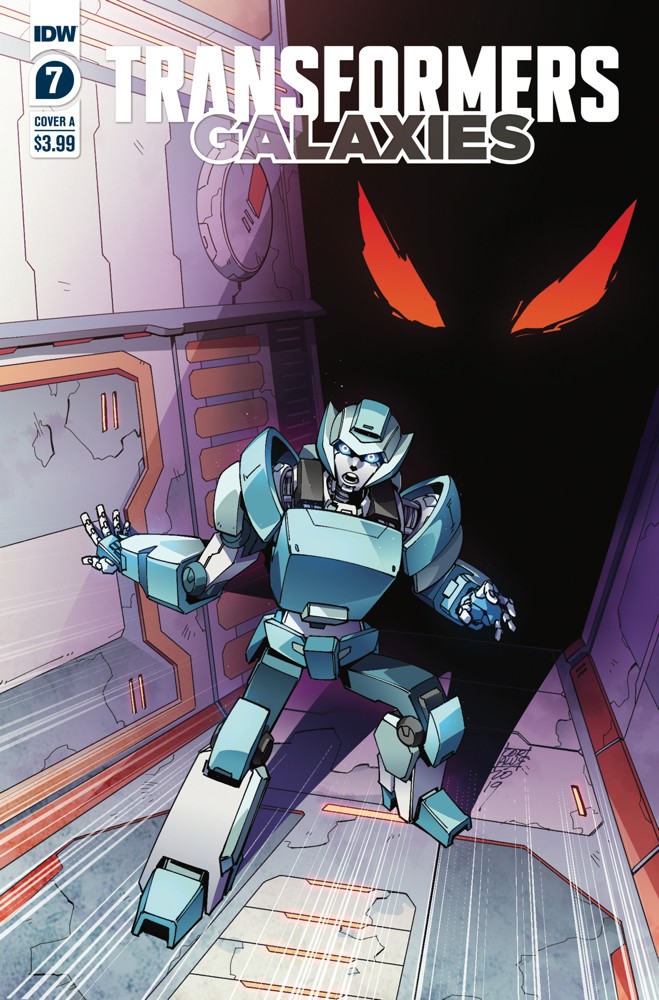 Cycles ago, a Reversionist ship left Cybertron in the wake of a great calamity. Gauge, the youngest Cybertronian in the universe, knows she was forged on the planet, but only remembers her life on the ship. Her life’s about to be shaken as her whole concept of the truth is thrown into question by the mysterious figures in the brig.
FC • 32 pages • $3.99


*Retailer incentives:
Order 10 copies and get one free variant cover by Anna Malkova!

Bullet points:
● Spinning out of the Transformers ongoing! 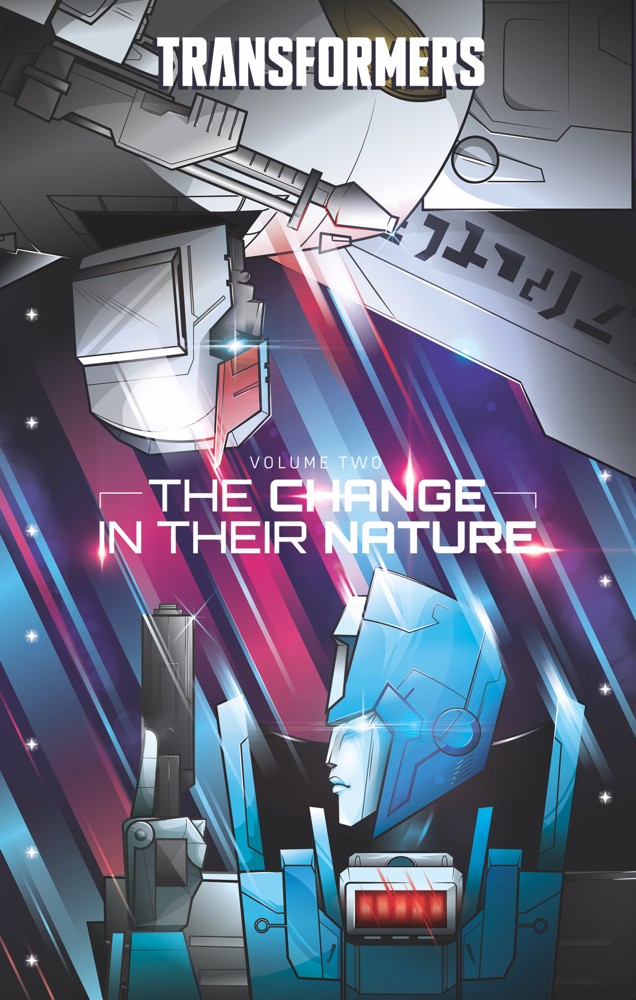 Transformers, Vol. 2: The Change In Their Nature

A bold new era dawns in this fresh vision of the Transformers universe that will excite longtime fans and new readers alike!

Orion Pax, Chromia, and Security Operations have almost cracked the case of the Rise terrorists who killed Brainstorm and Rubble. But they aren't the only ones worried about the Rise, and with a bolder Ascenticon faction behind them, Megatron, Starscream, and Soundwave seek to save Cybertron from all threats–the Rise, the Nominus Edict, and the Autobots! Collects Transformers #13–18 and Transformers: Galaxies #1–6!
HC • FC • $49.99 • 280 pages • 7” x 11” • ISBN: 978-1-68405-675-0 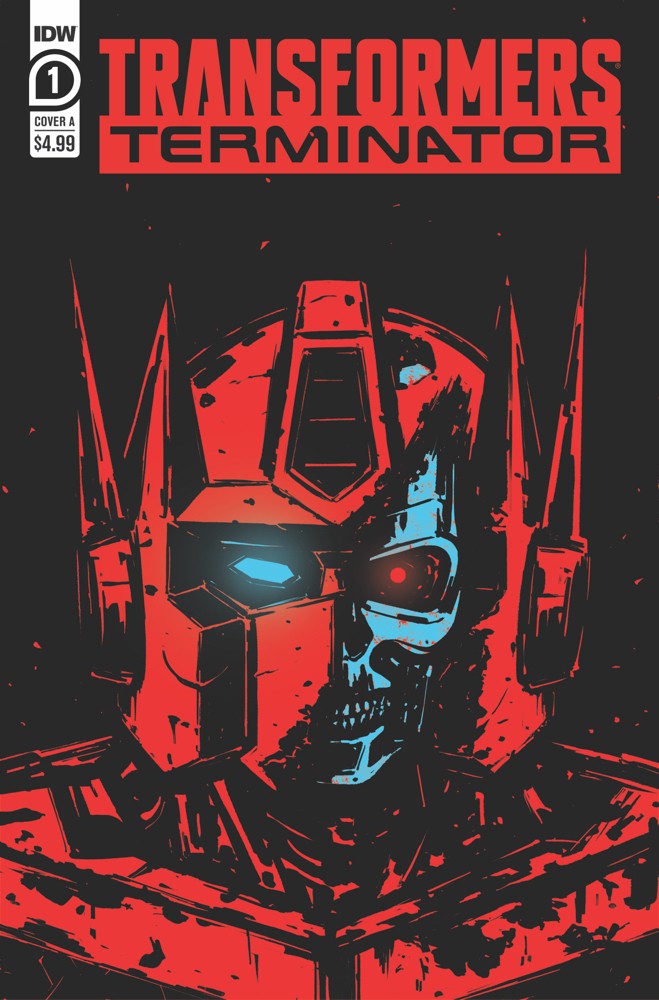 1984: When a deadly race of machines emerge from another time, will a robotic guardian be able to protect the Earth from a dire future... or will the T-800 fail in his mission to prevent the world from becoming a plaything to the Decepticons?
FC • 36 pages • $4.99


Check out our News Item announcing this exciting crossover here!.

Will you be ordering any of these? Let us know in the Energon Pub and stay tuned to Seibertron for all the latest news and reviews!