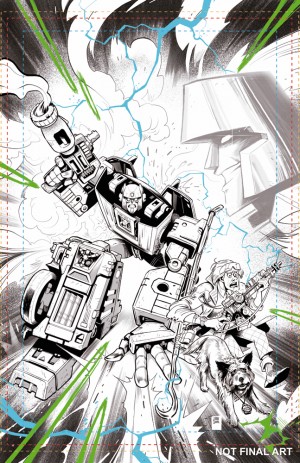 Greetings Seibertronians! It's time once more to cast our eyes a few months ahead to see what Transformer comics will be heading our way in December! 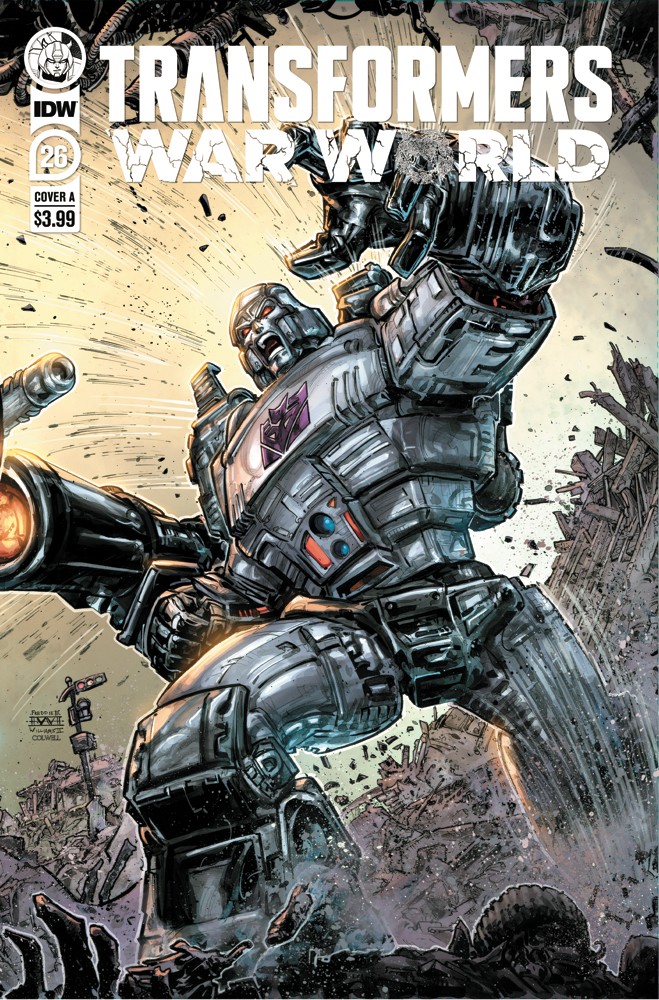 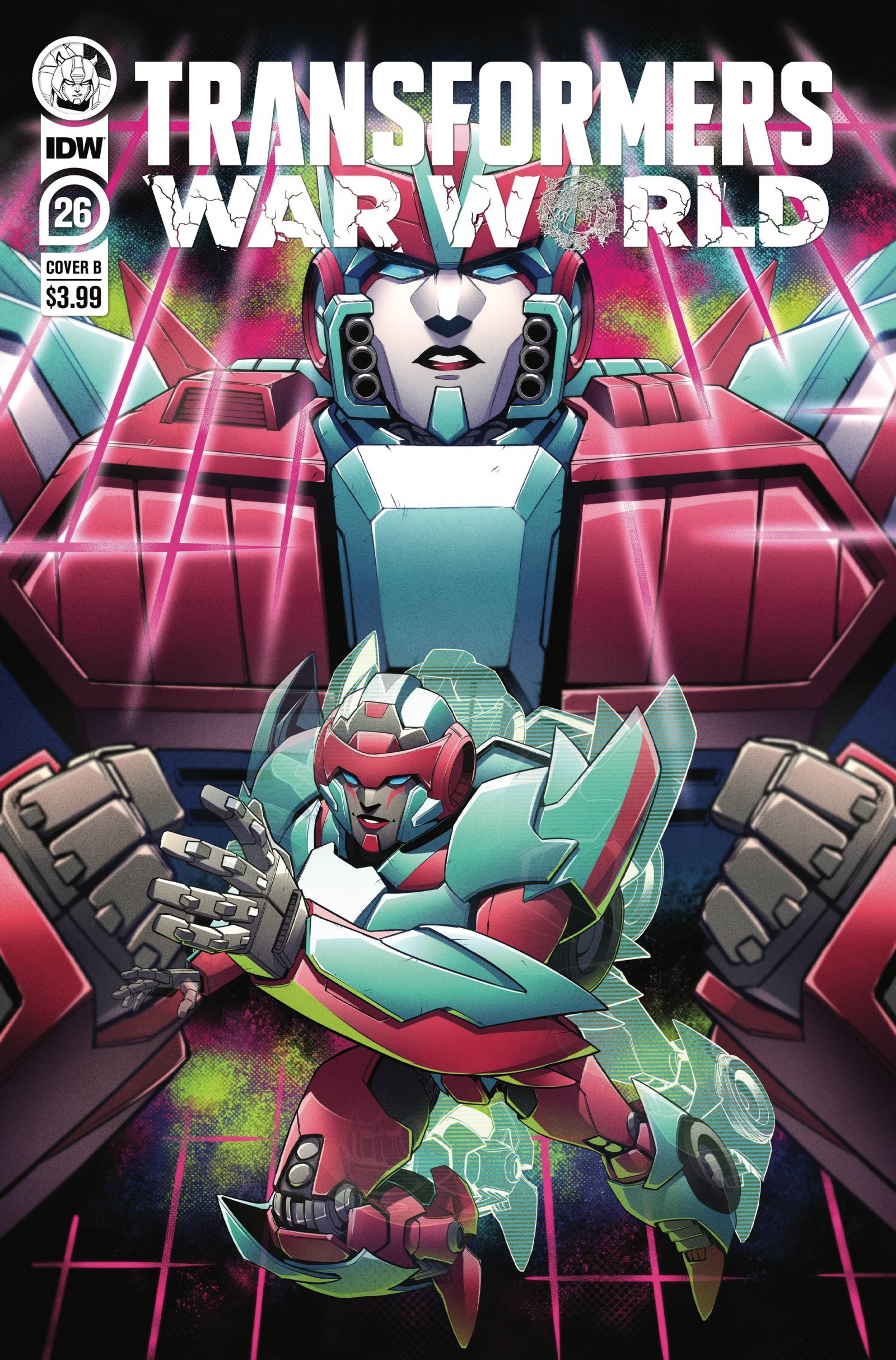 Transformers #26—Cover A (wrap-around): Freddie E. Williams II
Brian Ruckley (w) • Anna Malkova (a) • Freddie E. Williams II (c)
“War World” continues! As the two new leaders of Cybertron’s most dominant factions step into their new roles, one finds himself seeking council from one of the four Great Generals—for better or for worse. Meanwhile, the other is given council by his mentor, but it’s been a long time since Megatron and Termagax saw eye-to-eye.

*Retailer incentives:
Order 10 copies and get one free variant cover by Alex Milne!
Order 85% of your previous issue orders and receive your order fully returnable! 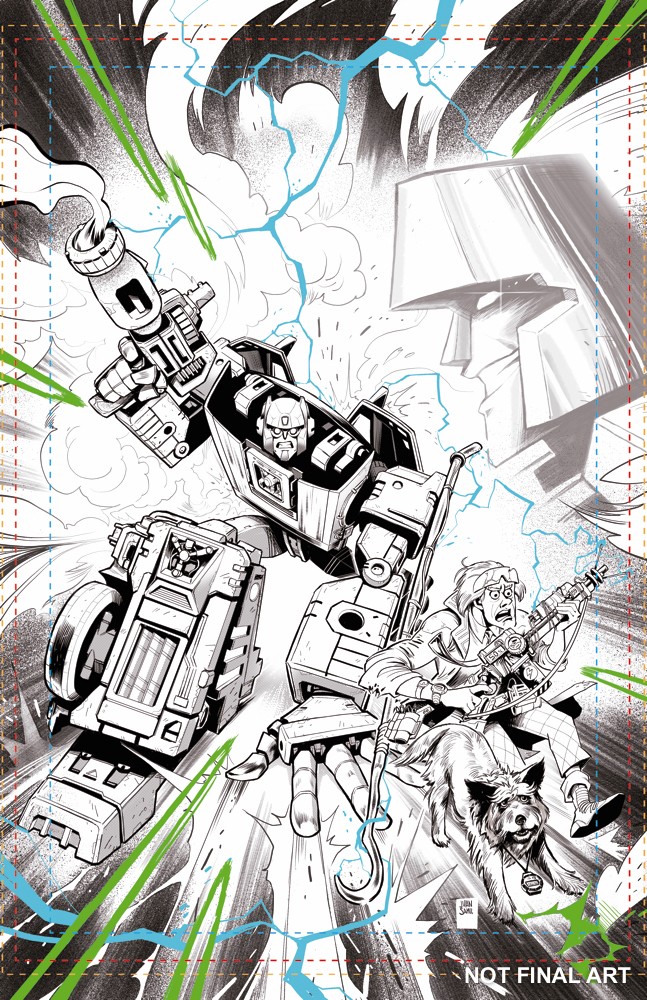 Transformers/Back to the Future #3 (of 4)—Cover A: Juan Samu
Cavan Scott (w) • Juan Samu (a & c)
Where—and when—are Marty McFly and his pal, the Autobot Gigawatt? That’s what Biff Tannen wants to know because if he can find them, he can help his bosses—the Decepticons—find what’s left of the Resistance and pound ‘em into next week. And if Biff can’t find them... well... he’d better prepare to be on the receiving end of a Decepticon whupping!
FC • 32 pages • $3.99

*Retailer incentives:
Order 10 copies and get one free variant cover by Dan Schoening! 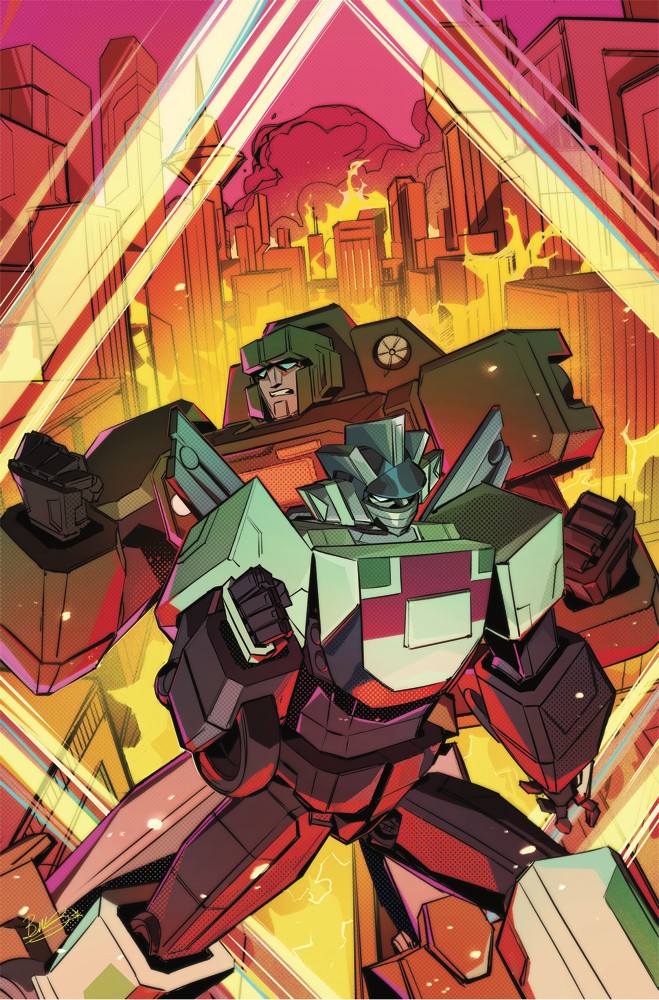 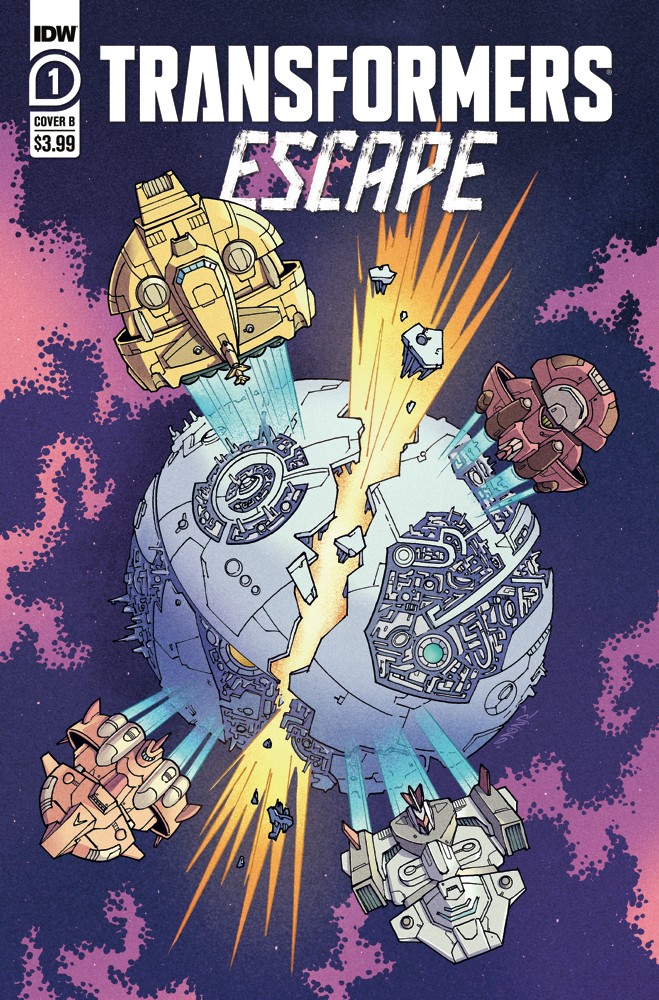 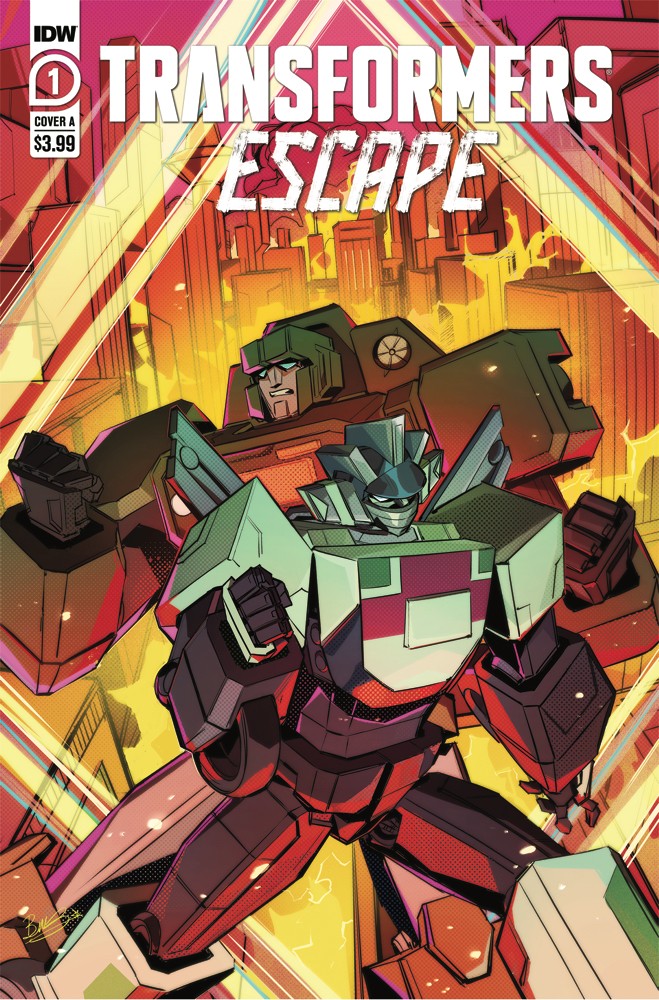 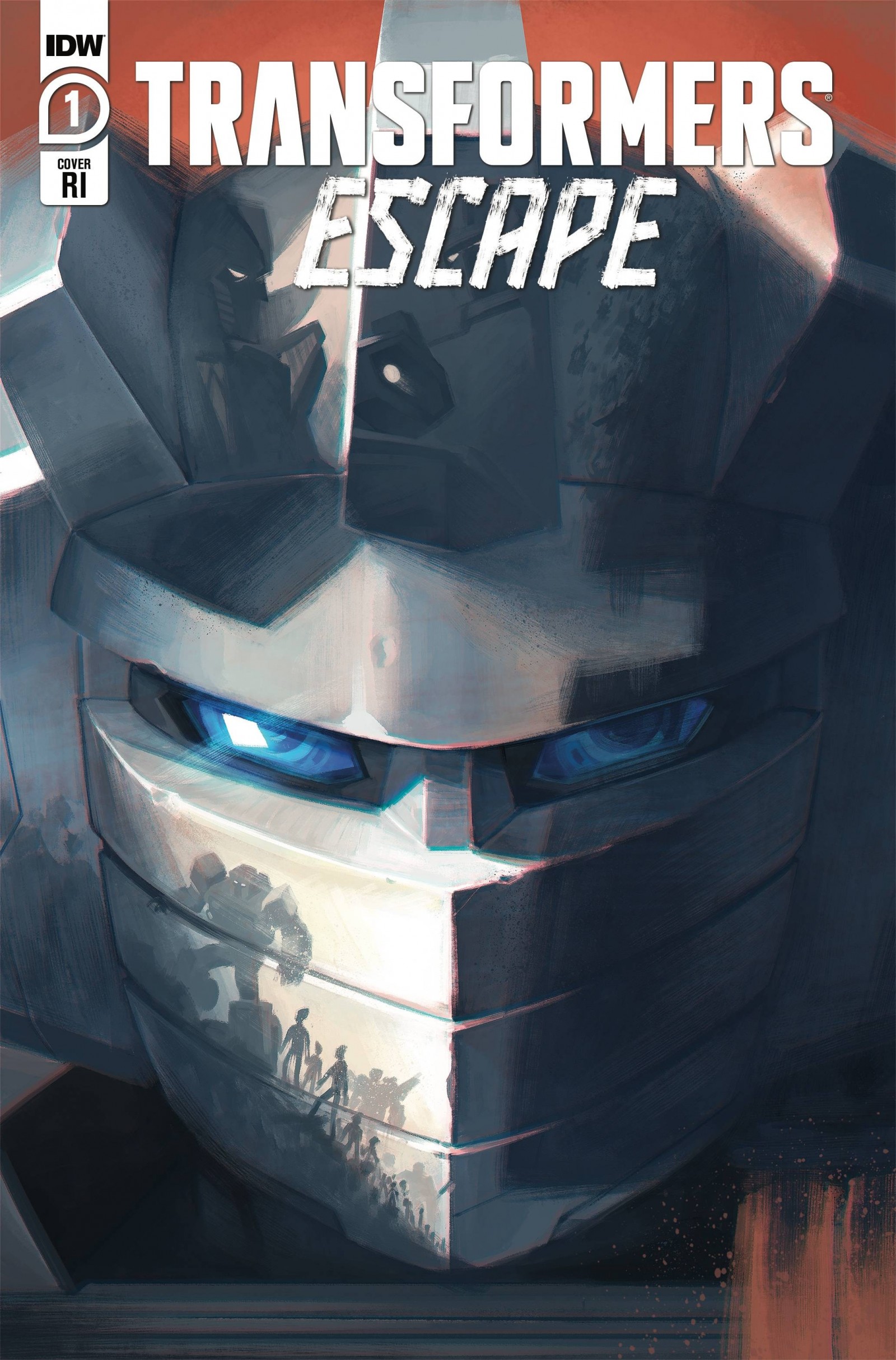 Transformers: Escape #1 (of 5)—Cover A: Bethany McGuire-Smith—GEM
Brian Ruckley (w) • Bethany McGuire-Smith (a & c)
“World War” spills into this all-new limited series! As Cybertron descends into a state of war, countless civilians—unaligned with the Autobots, Decepticons, or any faction—are caught in the crossfire. Fortunately, a solution may be coming... Wheeljack, Hound, and some of Cybertron’s greatest (and most infamous) scientists seek to reactivate the Ark program and evacuate the planet with huge spaceships. On the verge of war, will their efforts be enough to escape?
FC • 32 pages • $3.99 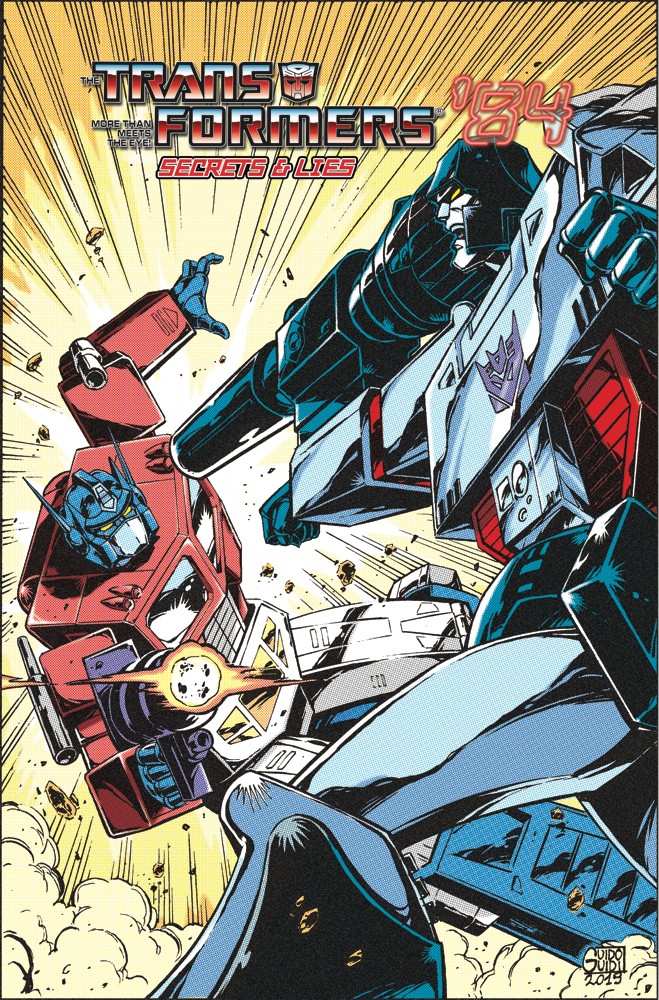 Transformers '84: Secrets and Lies
Simon Furman (w) • Guido Guidi (a & c)
An all-new miniseries in the original Transformers comic universe! What shocking revelations will forever change what we thought we knew of the beloved '80s series?

As the Cybertronian Civil War rages between Optimus Prime's Autobots and Megatron's Decepticons, Shockwave has encountered a new obstacle to the Decepticons' victory and subjugation of the planet: Megatron himself! As Optimus and his recruits take off to stop an even deadlier threat—an asteroid belt powerful enough to destroy the metal world—Megatron leads a team of Decepticons after in hot pursuit! But what other motivations does Prime have for this mission? How does it benefit Shockwave's goals? And what does it all have to do with a secret on Earth in the eleventh century?


Will you be getting any of these? Let us know in the Energon Pub and stay tuned to Seibertron for all the latest news and reviews!

Rodimus Prime wrote:I gave up on the ongoing a long time ago, but that Megatron cover actually looks good. If only the story lived up to it. But who knows? The quality has nowhere to go but up, right? Of course, I'll be getting the Secrets & Lies TPB.

Same here. I bought the first Ominbus, but by the end of the first issue I had no interest in the second, which quickly turned into dreading the next. By the end, when the big plot twist/revelation was that "Megatron is secretly a bad guy" I was done done.

But the crazy crossovers they're doing on the side (and the '84 stuff) are almost enough to make up for it.