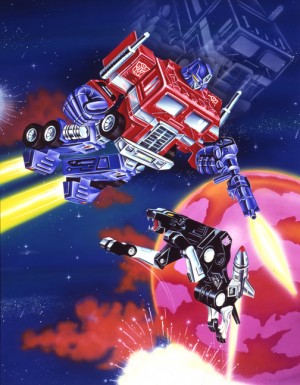 A very different take, perhaps, on the Transformers franchise, was brought to the stage and under the spotlight by Jim Sorenson and Bill Forster, in the IDW Publishing Transformers: Legacy book. Showcasing the art that adorned the packaging of the toys from the early Generation 1, 2 and their Japanese counterparts and continuations, the book has been extremely well received in the Transformers fandom (and outside of it), and you can hear the Twincast Podcast talk to one of its authors here, and read an interview here.

Here at Seibertron.com, we were able to contact one of those wonderful artists involved in the creation of the original pieces, and an unsung part of the face of Transformers in toy, iconic and pop culture: freelance artist and illustrator Mark Watts!

The artist in the studio, with Transformers: Legacy

Va'al - Mark, thank you for the opportunity to discover more about this side of the franchise. So how did it begin, were you approached by Hasbro? Or did you pitch work to them?

Mark - Back in 1985, many, many illustrations ago, I was called into my Agents office. In New York I was shown the Transformers toys fresh from China, some being Prototypes. I was working on a lot of kid toy boxes for Mattel, Kenner, Tyco and more also working on Movie posters I did the Movie Poster for Pink Cadillac staring Clint Eastwood. Some of the Transformers shown were being sold in China and had done very well. At that point I was given a Transformers Bible, top secret, to be kept under lock & key. It contained technical drawings of each Transformer including the placement of colors, logos, ect.

Va'al - Did you choose what to work with yourself, or were you assigned characters?

Mark - Originally I was given six to start with, they were to be used on blister packs for Autobots. Of the six toys, some I believe were Prototypes. I completed the drawings with forced perspective to make the toys more exciting and menacing.

Va'al - And how did you go about creating them, what methods and tools do you use?

Mark - This first set of six were painted in Dr. Martian Dyes and Luma Dyes, completely done in Airbrush with cut frisket to protect the area not to be spread. Cut tracing paper was used to move around when spraying to create a softer edge in the reflections. Later paintings were done with Airbrushed Acrylic paints. I like them all I paint in mostly with Acrylics, and occasionally Oils. In the beginning of my Illustration Career I used Airbrush almost exclusivity with - Dyes, Watercolor and Gouache then I switched to Acrylic. I also like Digital now it is faster and easy to change and correct colo,r of course when I started out in the late 70s everything was done by hand, no computers. The Software I use is Photoshop, Painter, Illustrator, Lightwave, Vue. Also I use a combination of 3D rendered and wacom tablet.

My objective on these illustrations in particular was to make them as reflective as possible, like car paint--exciting with a lot of reflections.

I completed the set of six and all were very happy with the results. The rest is History, and I continued to work on Transformer art for many years.

Va'al - That sounds fantastic, you almost defined a whole style and even the franchise itself, in a way! How many pieces did you create for Hasbro?

The Big Purple himself

You never know when a toy will take off like Transformers did and become such a sensation. It was my pleasure working on all of the illustrations for the Transformers packaging, the toys were enjoyable and I am sure they were a part of many fond childhood memories. The Art itself feels like Pop Culture Art to me now. It was a real pleasure to be involved.

Va'al - I can tell! So what happened to the originals? Any plans for them, or anything based on them?

Mark - I have decided to put on sale Signed prints of my Transformer Art on www.markwattsstudios.com. I am offering them on Canvas, Aluminum and Paper, and all Prints are made direct from the the Original Art of these Great Iconic Transformer Toys from 1985, 1987 and beyond…

All 29 prints [featuring Costructicons, Stunticons and Menasor, Jetfire, and much more - V] can be found on the Store section of my Web Site.

Blast from the Combiner past!

Va'al - That is some great stuff, and quite topical with the new IDW/Hasbro event and lines of Combiner Wars! What else do you see yourself doing now and in the future?

Mark - I am planning on mass market my Illustrations on prints and products, I have some more Ideas for products I want to Patten. I also have many more Illustration Ideas floating around in my head and on sketch pads that I will be doing right now I kind of have my Business hat on for a little while longer. As for life, I just had my 1st Grandchild, Crew Winsor Watts. I am enjoying him and my 3 Children, Justin, Britney, Amber, they are all dong great and are very artistic as well. My Wife is a Nurse, she enjoys being a Nurse and is going to start working on a Children's Book that I think she is going to let me Illustrate them.

Va'al - Well then, best of luck to all of you, and in your sales too! Thank you for the chat, Mark.

Mark - Thank you as well for the Interview, Alex.

Mark Watts can be found at his website www.markwattsstudios.com, and is available for prints, commissions and car illustration art. Head over here for more about him and his work! 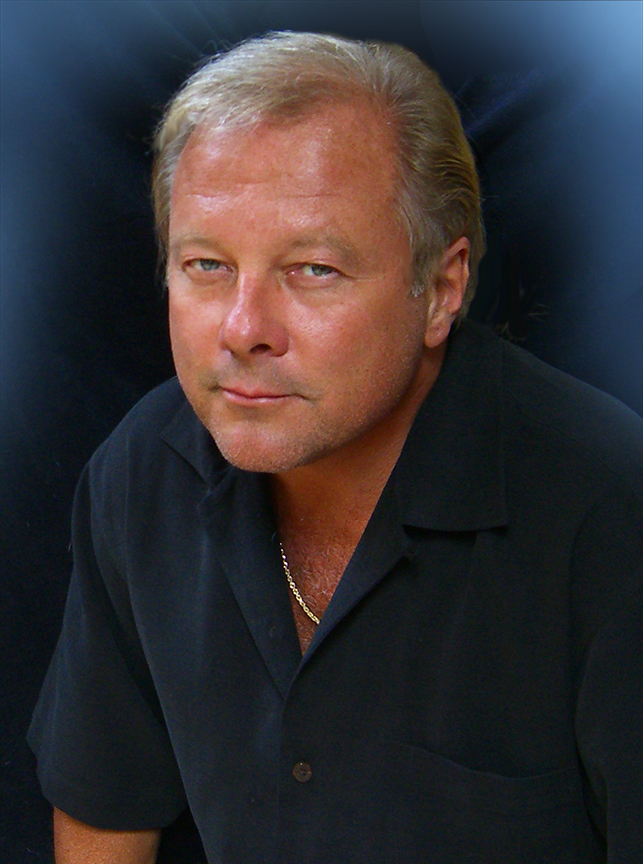 I love his art and all but take a look at this Diaclone cement mixer package. The image of what will be Mixmaster is colored orange without the Decepticon logo.
Re: Interview with vintage Transformers box artwork artist Mark Watts (1668717)
Posted by joevill on March 29th, 2015 @ 2:59pm CDT