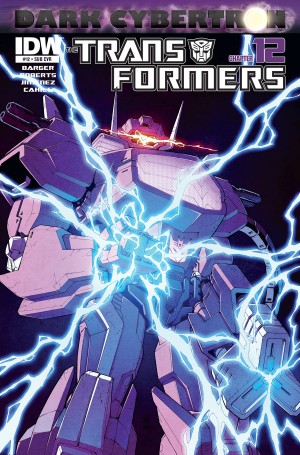 While there is yet no confirmed cover artwork, two new IDW Transformers comics collections listings have appeared on Amazon.com: the sixth volume in the popular More Than Meets the Eye ongoing ($16), and a collected hardcover edition of the Dark Cybertron crossover event ($35.22)! Check out more information below on the volumes, both out at the end of December 2014.

Megatron assumes control of the quest to find the Knights of Cybertron - a quest that has never before been so urgent, so personal, and so likely to end in tears. But the crew of the Lost Light isn't so eager to follow his orders and, as is always the case, past decisions will come back to bite them.

THE END OF EVERYTHING! Shockwave makes a move millions of years in the planning - an ultimate strategy to remake Cybertron and destroy both the Autobots and Decepticons! This oversized hardcover collects all 12 issues of Transformers: Dark Cybertron.