Kōji Wada, singer of the Transformers: Car Robots theme song, has passed away 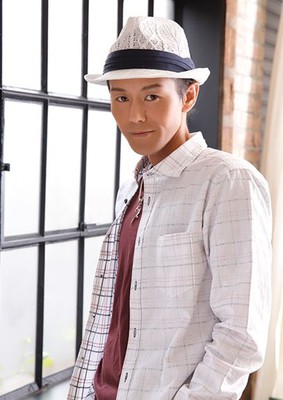 After a hearty Botcon weekend, we are saddened to bring you word that Koji Wada, singer of the Car Robots Theme song, has passed away. Below is a statement brought to us courtesy of Seibertronian Sarblade:

Sabrblade wrote:Amid all of the BotCon 2016 news comes some very sad news from about a week ago. On Sunday, April 3, 2016, Japanese pop artist Kōji Wada passed away at the young age of 42. According to Anime News Network, Wada had contracted cancer in his upper pharynx, which he had fought and beat twice before, first in 2003 and again in 2011. But sadly, the cancer was not to be overcome a third time. In his honor, Wada's agency Solid Vox will hold a "Wada Kōji Owakare no Kai" (Kōji Wada Farewell Event) for his fans in Tokyo later this month, with further details on the event to be given on Wada's official website (http://wadakoji.com/).

To most of his fans, Kōji Wada was known for performing nearly all of the theme songs and many other songs for the Digimon anime franchise, but to Transformers fans, he is best known for performing "Honō no Overdrive ~Car Robot Cybertron~" ("Blazing Overdrive ~Car Robot Autobots~"), the theme song to the 2000 Japanese anime series Transformers: Car Robots (known better to the English-speaking world as the first Transformers: Robots in Disguise cartoon from 2001). He also performed "Kimi Iro no Mirai ~Yume~" ("The Future of Your Color ~Dream~"), the c/w song for the single release album of the Car Robots theme song.

Though his contributions to Transformers were few (which can all be found below), he will be missed. Sayōnara, Wada-sensei. May you rest in peace.

Be at peace Mr. Wada, I am sorry that you suffered and that your time here was short.