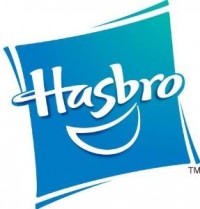 Happy New Year! Hope you had a great holiday, however, the holiday season isn’t over just yet!

As a reminder, with "Supercharge Your Gift Card and Cash Too," Hasbro is rewarding consumers who spend $20 or more in gift cards (or cash) on select Hasbro toys and games with one of more than twenty FREE Hasbro toys and games valued at $10 or more. The promotion began on 12/25/10 and runs through 1/31/11. No matter what your kids are into, they're sure to love receiving a little something extra from one of your favorite Hasbro brands, including TRANSFORMERS, G.I. JOE, MARVEL and STAR WARS!

For much more information on the promotion, please visit Hasbro.com/supercharge adamassc wrote:I'm not one for dragging up the dead, but...

Has anybody gotten their 'free' figure yet?

I was just thinking this the other day, then I saw the thread. I sure as hell haven't.

According to the fine print on the mail in offer, they were excepting them all the way up until February 22nd, so they have been processing them for about a month now. I would expect we will see stuff shipped out at the end of April.
Re: Last Minute Supercharge! (1199208)
Posted by Giant Purple Griffin on March 24th, 2011 @ 11:54am CDT
I've seen on other forums people are just starting to receive these this week. So far, I've read of NERF, Star Wars, and My Little Ponies being received.
Re: Last Minute Supercharge! (1199363)
Posted by Anonymous on March 24th, 2011 @ 4:08pm CDT
hopefully i get the pccs
Re: Last Minute Supercharge! (1202560)
Posted by --B-- on March 30th, 2011 @ 12:11pm CDT
Our stuff came today. My sons picked out Iron Man stuff, so we got a figure on a motorcycle and an Arc light.

Major note, the items were HORRIBLY packed and the packaging was trashed. In fact, they were sent in a padded envelope that was only held closed by the shipping label.

We also only got one delivery, but sent in enough for two, so I am not sure if we will get a second package or if they deemed one of our items to not been right, since it was on sale.
Re: Last Minute Supercharge! (1202599)
Posted by Giant Purple Griffin on March 30th, 2011 @ 1:44pm CDT
I've gotten two out of four so far. They came last week-- one came Thursday, the other Friday. I got Star Wars Transformers Yoda and Cad Bane. Mine also came in a padded envelope, but everything was intact (not bent or anything).

I have two more packages coming, this time with Iron Man figs. I mailed the order form for these about two weeks later than the ones which I just received.
Re: Last Minute Supercharge! (1202628)
Posted by --B-- on March 30th, 2011 @ 2:39pm CDT
I'm not sure if we met the requirements for the second toy, but if no, oh well. My wife said the package was all smashed, but that could have been from my a-hole mailman tring to jam it into the mailbox instead of getting his lazy butt out of his truck and walking the 10 feet to my door.
Re: Last Minute Supercharge! (1204615)
Posted by JackStraw on April 4th, 2011 @ 11:48am CDT
I received a Nerf gun this past Friday.

Anyone receive anything TF or Joe related?
Re: Last Minute Supercharge! (1204641)
Posted by Giant Purple Griffin on April 4th, 2011 @ 12:57pm CDT
I got my last two packages last week with Iron Man figs. The first box had the Mark IV and light up Mark VI which was good, since I had neither. The second box had two more Mark IVs. Oh well.

I'm curious if anyone got any PCCs, which ones they got.
Re: Last Minute Supercharge! (1204694)
Posted by --B-- on April 4th, 2011 @ 2:50pm CDT
Got my second of 2, a nerf gun and darts (which was what we requested). We got exactally what my sons picked, although we didn't realize that an Ironman vehicle was one of those where the figure is attached and the motorcycle is motorized, but it's still fine for my guys.
Re: Last Minute Supercharge! (1204862)
Posted by adamassc on April 4th, 2011 @ 8:01pm CDT
Got mine today, and a little miffed. I asked for either a GI Joe AWE Striker, Ghost Hawk, or Ice Cutter. I figured one of these would be easy, since they're kind of shelfwarming here.

PCC: Huffer with Caliburst
Click here to view additional comments about this topic at the Energon Pub Forums ...