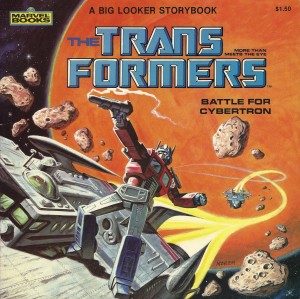 It is with great pain that I share with you that Earl Norem passed away on June 19, 2015. Born on April 17, 1924, he was 91 years old. Those who know him are well aware of his work and what he has accomplished in the wealth of art he leaves behind, such as his work on the Transformers Storybooks and Masters of the Universe covers(it was He-Man world which first reported this news). His classic painted style is easily recognizable and even those who don't know him by name will probably have fond memories of his work (some examples below).

He was a very humble man and a friend of the Seibertron community and the site was even able to interview him back in 2005. You can read the interview here if you want to know more about Earl and his work.

We wish his family our deepest sympathies. Posted 3 days ago
News Categories: Toy News, Movie Related News, Cartoon News, Comic Book News, Site News, Rumors, Event News, Digital Media News, Collectables, Sponsor News, Game News, Site Articles, Store News, Company News, People News, Press Releases, Reviews, Sightings, Unlicensed Products News, Auctions, Transtopia, Interviews, Knock Offs, Collector's Club News, Editorials, Heavy Metal War, Podcast, Contests, Book News, Top Lists
Click here to post your comment about this news story!
Re: Legendary Artist Earl Norem Passes Away (1702222)
Posted by D-BagTron on June 23rd, 2015 @ 9:35am CDT
I remember so many of these storybooks from my childhood.
Rest in Peace and thank you for your great work.
Re: Legendary Artist Earl Norem Passes Away (1702239)
Posted by Carnivius_Prime on June 23rd, 2015 @ 10:07am CDT
Shame but he lived long and produced quality work much of which inspired us young kids of the 80's. His gorgeous artwork with Transformers and He-Man had so much more atmosphere than their animated series.
Re: Legendary Artist Earl Norem Passes Away (1702286)
Posted by Bumblevivisector on June 23rd, 2015 @ 12:57pm CDT
Just stumbled across this sad news last night when I happened to check his Wikipedia page amid some silly argument I was having with a MOTU fan, and wondered if it had been reported days ago but lost in the deluge of BotCon coverage.

If you had to pick one artist whose work encapsulated how '80s kids remember their childhoods, it'd probably be Earl. Wheelie the Wild Boy of Quintesson especially influenced how I remembered the TF:TM era, and considering how awesome the movie was, that's saying something.