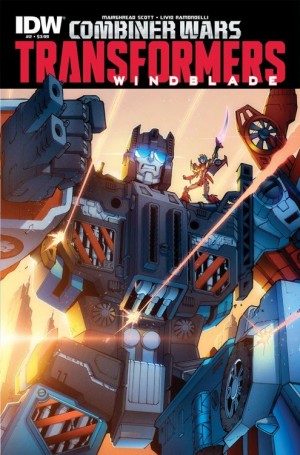 Fellow Seibertronian Grimlocktimus has dropped us a note regarding a new pre-order listing on online retailer Amazon.com, for another IDW Publishing Transformers Phase Two Collection volume, due in June 2019.

This volume is listed as Phase 2 Volume 9, and features the Transformers issues #39-43, More Than Meets The Eye issues #41-44, and Windblade Volume 2 issues #1-5. There is no cover listed for the Volume, but we should expect Marcelo Matere or Sara Pitre Durocher to provide one in the near future.

You can find the description below, and let us know what you think of the upcoming collections continuing on in the comments section below!

Presenting IDW's Transformers comics in recommended reading order, including one-shots, crossovers, and event series! It's everything a beginner could need, everything a diehard could want.

The Autobots and Decepticons' uneasy peace is threatened by the flames of war! Starscream, ruler of Cybertron, makes contact with Windblade's homeworld--and the only defense against a new Cybertronian Empire is the Combiners--multiple Cybertronians joining together into huge, dangerous forms!

This is a little bit weird, but I know I would appreciate a conclusion if I was following old forms because they were discussing something I had a question about.
Re: Listing for Transformers: IDW Collection Phase Two Volume 9 (2014384)
Posted by D-Maximal_Primal on March 12th, 2019 @ 6:28pm CDT
The IDW Collection just keeps trucking along! With IDW Collection Phase 2 Volume 9 due out in June of this year, we now have the pre-order for the next Volume in the line, Volume 10!

Volume 10 can be found and pre-ordered HERE from Amazon.com and rings up at a $49.99 pricepoint, on par with the past releases. This new volume even has a cover, and it is the combined form of the mighty Torchbearers: Victorion! The cover artwork has been done by Sara Pitre-Durocher, who has become a staple of the newer IDW Collection books.

This volume collects issues #44-45 of The Transformers series, issues #45-49 of More Than Meets The Eye, issues #6-7 of Windblade, the Sins of the Wreckers mini-series, the Combiner Hunters one-shot, and the Holiday Special.

Check out the cover and product description below, and let us know what you think in the comments section below!

On Eukaris, the colonists are more than just robots in disguise--they're whole new breeds of TRANSFORMERS! But while Windblade and Starscream struggle to gain allies on this brave new world, an ancient power seeks to force them off the planet! Plus, Windblade and Chromia team up with Arcee to put an end to the menace of the COMBINER WARS--but will they end each other first?!

In Sins of the Wreckers, the Autobot strategist Prowl is missing, drawn into a familiar web of vengeance and manipulation. The Autobots' darkest secrets are about to be exposed by their greatest human ally.

And, the crew of the Lost Light are caught off guard when a dead friend appears out of the blue. But there's no time for a happy reunion: someone else has found his way onto the ship--someone with the power to tear the crew apart.

Collects issues #44-45 of The Transformers series, issues #45-49 of More Than Meets The Eye, issues #6-7 of Windblade, the Sins of the Wreckers mini-series, the Combiner Hunters one-shot, and the Holiday Special. 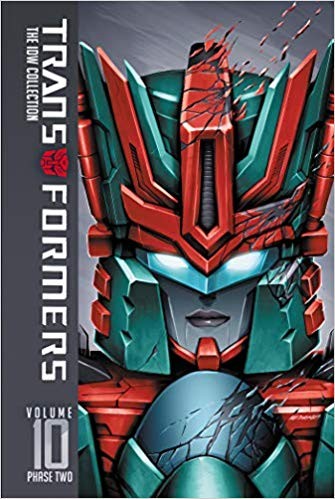