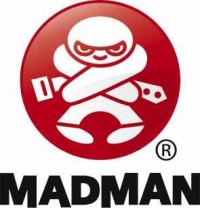 Good news for Australian fans, Madman Entertainment has secured a distribution deal with Hasbro Studios. The first wave of Hasbro content, which features Transformers Prime, is scheduled for June 2012. See the press release below:

MELBOURNE, Wednesday, 28 March 2012: Today, Madman Entertainment is proud to announce it has secured a new distribution deal with Hasbro Studios, the TV development and production division of Hasbro, Inc (NASDAQ: HAS) – the producer of hit series including Transformers: Prime, My Little Pony: Friendship is Magic, G.I. Joe: Renegades, Pound Puppies and more.

The agreement with Hasbro Studios further cements Madman’s position as the home entertainment industry’s leading distributor of cool and collectible content for kids, and encompasses brand-new properties, including the critically acclaimed CG-animated action series Transformers: Prime and the cool My Little Pony: Friendship Is Magic.

My Little Pony: Friendship Is Magic introduces a new generation to the My Little Pony franchise with a vibrant and irreverent take on this beloved toy brand, established more than 25 years ago. Developed by Hasbro Studios with Lauren Faust, the My Little Pony: Friendship Is Magic series has become a pop culture phenomenon across the globe, thanks to the show’s brilliantly written plot lines, high quality graphics and a message of friendship that almost anyone can relate to.

“We are incredibly honoured to be partnering with Hasbro Studios and very excited to be representing their content in this territory,” said Tim Anderson, Managing Director, Madman Entertainment. “Hasbro Studios has produced a stellar line-up of shows - both faithful to the licenses and original in their approach – which will perfectly complement our existing suite of highly sought-after kids’ content”.

“Our goal is to further engage audiences with our content, everywhere they are consuming entertainment. It is important that we work with partners that are dedicated to this vision,” said Stephen Davis, President, Hasbro Studios. “Madman are just such partners and we look forward to achieving great success with them well into the future.”

The first wave of Hasbro content, including Transformers: Prime and My Little Pony: Friendship Is Magic will release in June, 2012.

Ah, so his madness is Dissociative Identity Disorder. Does he have a third personality that handles PR?

Well, good news regardless, but no Joe Renegades down under yet?
Re: Madman Entertainment Secures New Distribution Deal with Hasbro Studios (1365176)
Posted by BIGGUY007 on April 2nd, 2012 @ 5:30pm CDT
I'm glad for Australia, I wonder if they'll be getting the First Editions now!! I hope Hasbro gets the lead out of their butts and find a new distributor to do the same with the FEs here in the states!!

BIGGUY007 wrote:I'm glad for Australia, I wonder if they'll be getting the First Editions now!! I hope Hasbro gets the lead out of their butts and find a new distributor to do the same with the FEs here in the states!!

ummmm ... how is this relevant?

Madman have nothing to do with toys, they distribute tv shows and movies via dvd and blu-ray.

Hasbro Australia will still control toy distribution here, and that's dependant on what retailers are willing to take and what Hasbro US decide to give them.