Michael Bay interview on Fandango - what after Transformers? 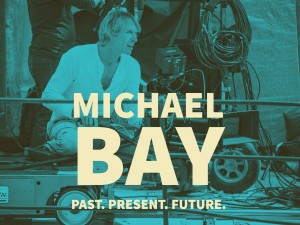 As Michael Bay prepares to leave the Director's seat for the Live-action Transformers movies - for real this time! - with the upcoming The Last Knight, he sat down to have an interview with Fandango.com about what he'll direct after the incredibly successful franchise. Take a look at the full interview here, have a look at the snippet below and tell us what you think in the forums!

"These movies that I've done, they are massive movies. They take a lot out of you," Bay said when we asked if he was finally -- for real, this time -- stepping away from the Transformers franchise. "I've done it enough, and I've had a great time doing it. I'm going out with a bang on this one, and I feel like you gotta go out while you're ahead, you know. I think I've had a good run, and I've got a lot of other movies I want to do."

Posted 2 days ago
News Categories: Toy News, Movie Related News, Comic Book News, Cartoon News, Site News, Rumors, Event News, Digital Media News, Collectables, Game News, Sponsor News, Site Articles, Store News, Company News, People News, Press Releases, Sightings, Reviews, Unlicensed Products News, Auctions, Transtopia, Interviews, Knock Offs, Collector's Club News, Editorials, Heavy Metal War, Podcast, Contests, Book News, Top Lists
Click here to post your comment about this news story!
Re: Michael Bay interview on Fandango - what after Transformers? (1890412)
Posted by Rodimus Prime on June 19th, 2017 @ 9:34am CDT
I won't believe it until I see it. He has said he was done after DoTM, as well as AoE, and here he is. But if he really means that this is it and he's going out with a bang, then TLK should be a hell of a spectacle. As for other movies, I enjoyed most of his other films, except for a couple, so hopefully whatever he learned in the last 10 years making Transformers films will make him a better director and he'll start making more quality movies. After the TF films, my favorite Bay film is The Rock, followed by Armageddon. So if this really is it form him and Transformers, I think overall he made a positive contribution to the franchise, even if he and the previous writers did make some godawful mistakes. There's no question that the financial boon caused by Bayverse in general (movies, toys, etc.) made it much easier (if not possible altogether) for other lines such as MP and Generations and its successors to flourish. Without some of that profit going back into research and engineering, we wouldn't get some quality toys and other merchandise, as well as follow-up series such as Prime, Rescue Bots and RiD. So I want to thank Michael Bay for his contribution to the franchise, and hopefully whoever follows him will only improve on the product.
Re: Michael Bay interview on Fandango - what after Transformers? (1891064)
Posted by TurboMMaster on June 21st, 2017 @ 2:13am CDT
If we are really free from Michael Bay, then I belive I have found a franchise he will not ruin, like he did with Transformers. How about Diablo? there is a lot of non-human character you can kill many times and bring back with no explenation. Humans are special, there are good guys and bad guys, and bag guys always must fail at the end. A lot of expliosions, fatalities etc.